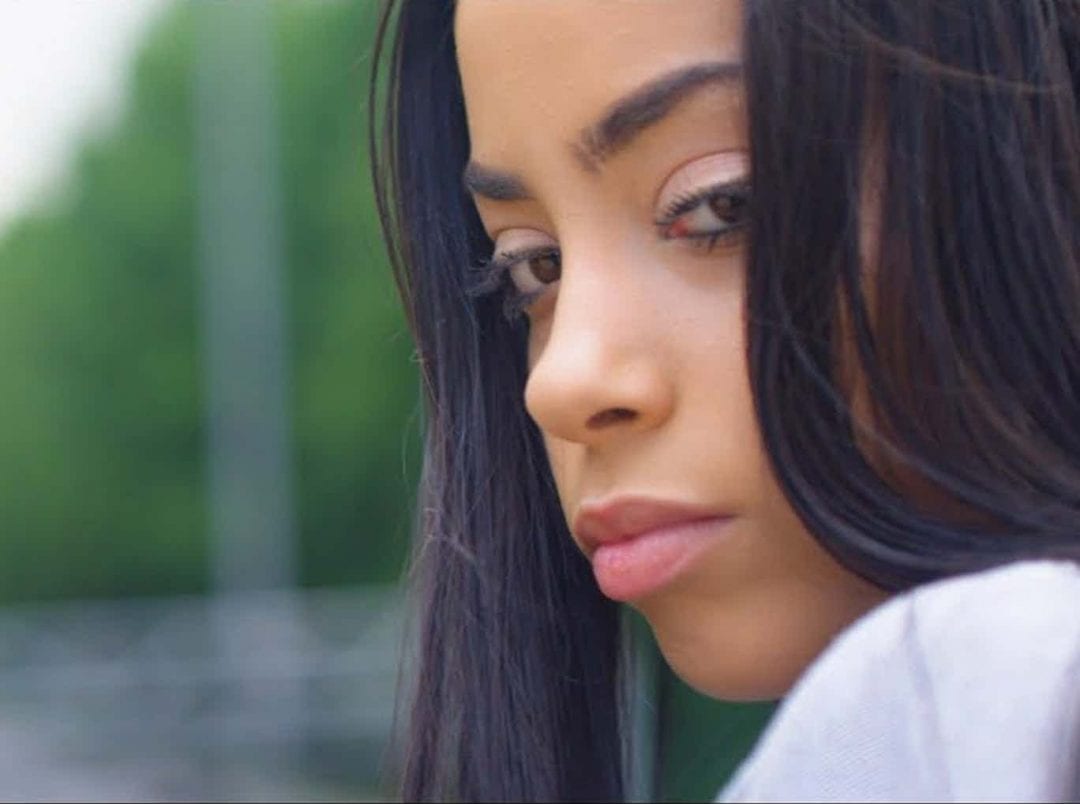 Layton Greene is Quality Control’s newest signee, also your new favorite R&B singer hailing from St. Louis, Missouri. It was her remake of Kodak Black’s “Roll In Peace” that went viral and made her realize this music thing was no joke.

Her first time in Los Angeles arrives during the BET weekend, during the hustle and bustle of endless functions proved to be nothing less than a movie. Of course, being signed to the same label as Migos, Cardi B, Lil Baby, and City Girls means doing everything on a grandiose scale.

AllHipHop caught up with Greene to discuss her roots, DMs with Kodak Black, and why she signed with QC.

AllHipHop: For those who don’t know, who is Layton Greene?

Layton Greene: I’m an all-around girl, a regular girl. I’m real relatable, real chill. Shoot, I’m just out here telling my story, making music that’s relatable. I’m not singing about something that I haven’t went through, they’re all my experiences.

Layton Greene: ‘Cause I keep it real. That’s just that on that. I mean, real people f##k with real people.

AllHipHop: You’re from St. Louis, how does that play into your life and career?

Layton Greene: Well I’m mixed so growing up in East St. Louis, there were a lot of black people. When I was younger, I was a lot brighter than I am now. I was the white girl trying to be the black girl in school growing up. [chuckles] Now, a lot of people don’t even know I’m from East St. Louis. I was so sheltered as a kid, they don’t even know. I’m out here claiming it, they like “we don’t even know you. Who is you and where did you come from?” So I’m going through a few things, people acting like they don’t know where I’m from or claiming the wrong city. But I know where I’m from.

AllHipHop: Who were your biggest influences growing up?

AllHipHop: How important is it to come to LA as an up and coming artist?

Layton Greene: It’s a new world for real. Coming from East St. Louis, it changes your whole perspective on life and in general. There’s more to this world than what you see basically. Coming here made me want to work harder, and maintain what I got going on more than anything. It’s really inspiring coming out here. Seeing all the people, everyone out here is doing some s##t. Everybody out here working, it’s real motivating.

AllHipHop: What’s your favorite thing about the West Coast?

Brittany (Capitol): We gotta get you real LA food. Like the Mexican corn, some tacos. That’s LA LA.

Layton Greene: Y’ll need to put me on. And the beautiful weather. You go outside, you in a good ass mood. Just ‘cause it’s beautiful outside. Everyone is hella nice here too, unless I’m tripping. Everybody be high and nice, they real friendly.

Layton Greene: I sang his song just sitting on the floor, didn’t think much of it. I was just on SnapChat. I had never posted a video of me singing ever. Deadass. If I posted myself singing, it’d be me hiding my face. It’d be a black screen singing. I did it on SnapChat ‘cause that was the only social media platform that I was really on.

Layton Greene: I feel like it’s just his character, you know? That’s some s##t he would have done.

AllHipHop: Has he heard your remake?

Layton Greene: He didn’t even acknowledge it, he remade it. He remade a “Roll In Peace 2” and put it on the same beat. He didn’t acknowledge mine. [chuckles] He ended up in my DMs 3 months later after he got out of jail. He’s like “you the s##t.” I’m like “okay, well are you acknowledging me about this cover…” [laughs]

Layton Greene: I asked “do you wanna do some music?” It woulda been dope ‘cause I went viral off your song, we could do a song together. That’d be dope. He never messaged me back.

AllHipHop: I’d think he was trying to get at you.

Layton Greene: No he was. That’s all it was. Couldn’t get me though.

Layton Greene: Ciara, of course. That was the inspiration. That was a sample of her song with 50 Cent, I actually heard the record by Hitmaka. I f##ked with the original chorus. I went viral off a cover so I’m like “alright, why not my first single with QC be a remake?” That’s what you motherf##kers f##k with me for. I really f##k with the record.

Like I said, I f##ked with a dope boy before. Like damn. When I didn’t f##k with that dope boy, I just couldn’t leave him alone. It was so hard. He could do whatever he wanted to do, I was still there! I related to the record. I love it, a fun little summer bop.

AllHipHop: Talk about getting Lil Baby, City Girls, & PnB Rock on the record.

Layton Greene: Girl that was crazy, especially for me to be coming in and signing with QC. We shot the video a couple days ago. Just being in the same light, it’s crazy. It’s still all surreal to me, I don’t even know how to explain it. I’m trying to act normal throughout it all. Keep my composure.

AllHipHop: Were you in the studio with them?

Layton Greene: No we actually sent it off to each one ‘cause Lil Baby was on tour, and City Girls was with him at the time of me making the record. PnB was already on the record. I love him, he’s cool people.

AllHipHop: Talk about your journey to Quality Control.

Layton Greene: How I got to QC, I released a single myself called “Myself.” Released that after those covers I released, and it did pretty good on its own. That led me to labels. Labels started reaching out to my management. QC was actually the last label I sat down with, which I wasn’t wanting to sign. I was meeting with all these labels and really wasn’t even excited. It was so weird, I’m like “I don’t want to sign.”

AllHipHop: You wanted to stay independent?

Layton Greene: Yeah I wanted to stay independent because I only had one single out. Ya’ll don’t really know what I’m worth. I want to be able to prove myself before going in here and signing my life away, and ya’ll put me on the shelf somewhere. That’s what I was real scared about.

But when QC came in, it was so genuine. Coach listened to my story, he was so in tune to who I was as a person, who I was as an artist. They give you full creativity. That’s what I was scared of: changing me and making me something I’m not comfortable with. That was the scariest part but meeting with QC, I felt real comfortable since day 1. I knew that was the right decision for me.

AllHipHop: What makes you relatable?

Layton Greene: s##t, we all go through s##t. A lot of people these days don’t speak about it. Everyone’s worried about the turn up and in this moment, won’t really talk about what’s going on at home. I’m just a normal girl, everybody go through s##t. I been through some hard ass s##t. Relationship issues. I didn’t graduate high school. There’s a lot of people I know out there who didn’t graduate high school.

Just being homeless, I was homeless when I was 18. During that time, I felt like “s##t, this the end for me. I don’t know how the f##k I’m gonna get out this hole.” I know somebody out there right now that and feeling like that, it’s like look at me now! If you keep going, keep doing what you doing — you got a goal, you need to figure out the steps to get there.

AllHipHop: Where were you working beforehand?

AllHipHop: Music is all you wanted to do?

Layton Greene: That’s all I wanted to do, I just didn’t know how I was gonna do it until I went viral. Then I’m like “f##k all this s##t, I struggled until I can make some money doing this!”

AllHipHop: What can we expect music wise?

Layton Greene: I have an EP dropping hopefully at the end of this month. It’s a 7-song EP. Right after that, I’m coming with an album. I’m working on an album right now, it’s in the works. 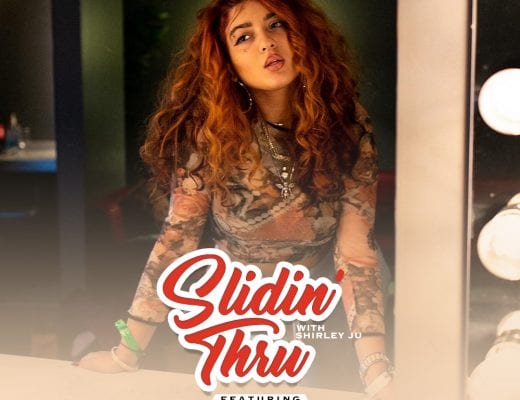 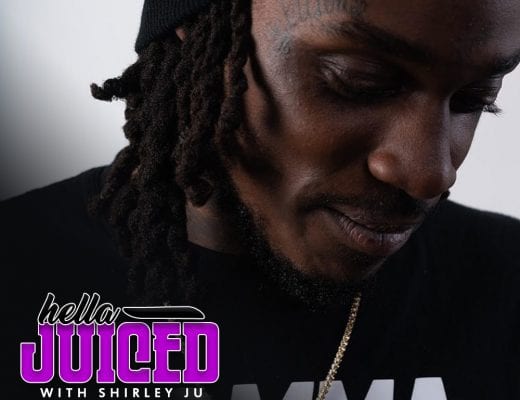 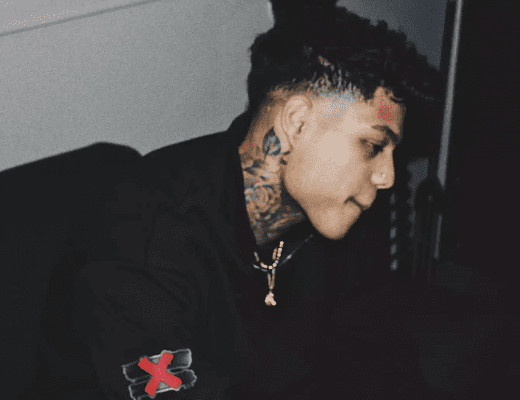 Keem Isaiah: “I’m Going To Be One Of The Best Artists”