Phresher On Why Eminem Is The Best Rapper… Still 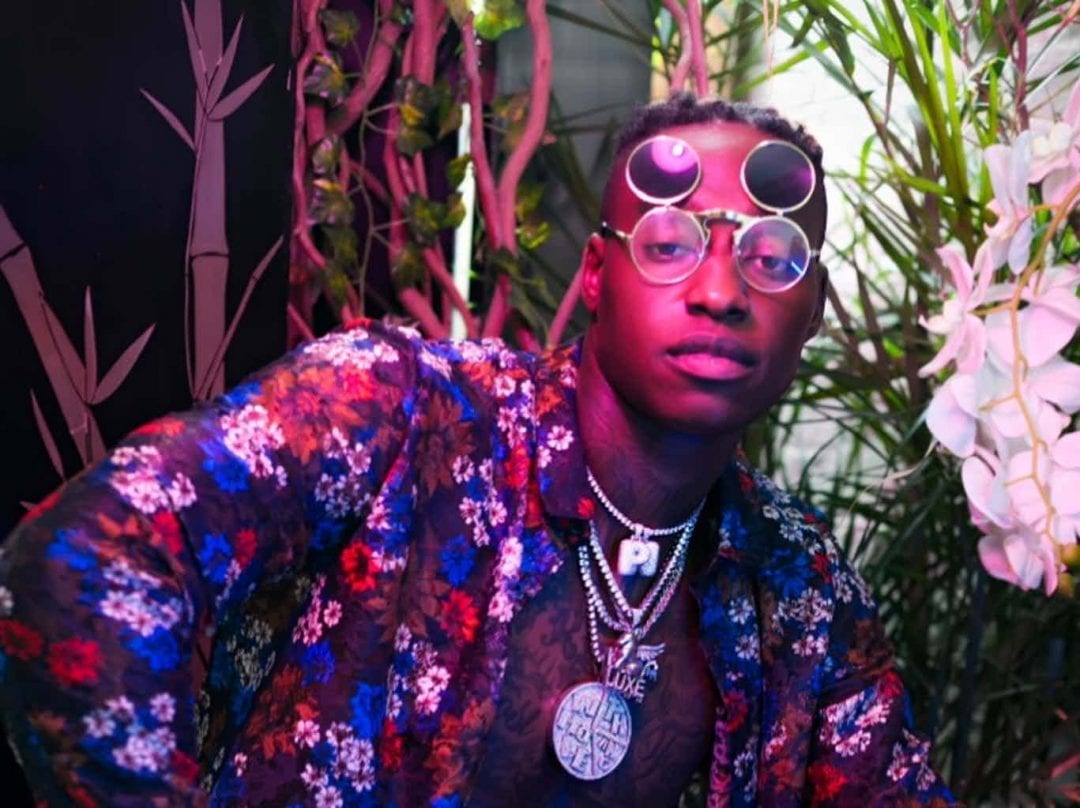 Phresher is a Brooklyn native has only been rapping for 3 years, and has already collaborated with some of rap’s biggest names: Remy Ma, Eminem, 50 Cent… the list goes on.

It was his 2016 single “Wait A Minute” that put his name on the map, with the remix still climbing numbers on Youtube (over 19M).

AllHipHop caught up with Phresher ahead of his forthcoming album Big Smoke, which hails features from Snoop Dogg, Flipp Dinero, and more. We discussed everything from touring with Riff Raff, how he linked with his favorite rapper Eminem, to how 50 Cent reached out.

Phresher: I realized it was real when kids and everybody were repeating my lyrics. When I seen people pointing at me like “oh that’s Phresher,” I’m like “oh I’m here to stay.” Then it got more realer when 50 Cent called my phone. That was everything right there.

Phresher: I had got a call from Riff Raff, I was on tour. This is funny, I don’t even use Twitter. Riff Raff hit me on Twitter, but he couldn’t DM me because I wasn’t following him. He’s like “yo follow me.” I’m like is this really Riff? I see the 1M followers, verified blue check mark. I hit him, he’s said “would you like to come on tour with me?” I’m like “wow.” “I want you to come on tour with me and I want to remix your song.” He promised me a tour slot and I’d come back out with him at the end of the song. I was the last song of his set, it was crazy. Got my own slot for 15 minutes, then I was the last artist to perform with him to end the show. It was a double whammy. Then 50 Cent called me while I was on that tour.

RiFF RAFF On Fame: “ I Haven’t Blew Up Yet” – AllHipHop.com
RiFF RAFF sits down with AllHipHop for an interesting chat about his albums, big time deals and his movie career.
allhiphop.com

This dude had DM’d me like “yo 50 wants you in his office, he’s gonna kill me if you’re not…” One of those calls. I’m like whatever, I know how these rappers be. He’s like “give me your number, 50 gonna call you tomorrow.” 50 called me the next day while I was on the road. I’ll never forget, I had bad service. We were going from Sacramento to LA, so we’re in Cali. The service was shot, I’m so mad. It was no service in sight so 50’ breaking up. He’s calling me back. He’s persistent. He said “listen man, when you come to NY, you gotta come to my office right away.” I got there two days later. In the office, me and 50. It was crazy, that’s when I knew I was super here.

Phresher: Then my other moment was obviously Eminem, my favorite artist.

Phresher: So Royce Da 5’9 jumped on “Wait A Minute,” and Eminem heard it. Bombed off with Royce for about 3 minutes. Eminem was making his album and Paul Rosenberg actually reached out. “Hey listen, Eminem wants Phresher on the album.” Now when you hear that…

AllHipHop: Em is my favorite rapper.

Phresher: Em is my favorite rapper! Listen, that’s my favorite rapper for real. To get that call, Paul Rosenberg’s like “Eminem wants Phresher on his album.” I’m like okay, Eminem wants me on his album. This might be a ‘you didn’t make the cut’ situation. He said “listen to me. When you get these calls right here, that means you’re on the album. Not you might make it.” I said “okay.” Two days later, we were in NY. Paul and his best friend D flew in, and we recorded the record. “Chloraseptic” was amazing.

AllHipHop: How was the studio session?

Us performing together, Governors Ball was another one. The practice before I even performed was crazy. Soundcheck was awesome. We met up the day before.

It’s so funny when Em walked in, it was like a sunray. He got a glow, he glides like Em. I’m like “wassup Em.” [slaps hands] He’s like “call me Marshall.” He’s like “I’ma follow your lead. It’s your energy.” I’m like wow, this a legend. My favorite artist telling me he’s gonna follow my energy. I’m teeing it up at practice, he’s like “yo, same way.” Then Governors Ball the next day, we performed in front of 40,000 people. For him to say “Phresher!” He’s saying my name, I come out. It was crazy. Then he’s rapping my lyrics. I was on the song originally for just the hook. He said “yo do you have a verse?” Sure, I got a verse! I wrote that verse so fast. It scared me because on the original album, the verse wasn’t on it. Then he dropped the remix with me and 2 Chainz, that’s the one that really went further. It was dope man.

AllHipHop: Does he know that he’s your favorite rapper?

Phresher: Yes, I had to tell him. I’m mad because I think he thinks I was just saying that because I was in the room with him. I honestly don’t believe he believes that he’s my favorite artist. He’s bigging me up, I’m like, “No Em, you gotta understand. You’re my favorite artist.”

AllHipHop: What do you say to people that say his new s##t sucks?

Phresher: What bothers me about people is I don’t think they understand when people just have to grow. Em’s not going through what he went through 10 years ago. If you want the music… like Hov said, “n##gas want my old s##t, buy my old albums.” I’m grown, I done seen some things. I’m a lil more enlightened now. I can’t talk the same s##t because it don’t feel the same anymore. I don’t have the same feeling. You gotta understand, music is a feel. I don’t rap how I rap 3 years ago because I’m not going through those same things. It takes me to go into a particular space, that’s what people don’t understand about artists. We rap about the space we’re in at a particular time. The more you understand that, you’ll understand that his music is not wack. It’s real good. Em, his lyricism is retarded. C’mon, how many flows does he have? A billion! What are we really judging? I get emotional.

Phresher: We got B.I.G. We got Jay-Z. We got Big L definitely, gone too soon. You have to throw Big Pun. New York… Pac doesn’t count obviously. I’m sorry, I gotta change that. Gotta take Pun out for Jadakiss and Fabolous. Aw man Pun though, he went so soon.

AllHipHop: Talk about taking influence from the OGs & bringing that lyrical content.

Phresher: All day. I steal all day and I’m not ashamed of it. When I steal, it’s like paying homage for me. I love music. When I steal a verse, a cadence, or a particular style, I’m just paying homage. I’m going to continue and forever do that. It’s a big part, I’m one of the few artists who really show love to older artists because I just respect the game so much. I know that there’s no us without them. I’m always paying homage by throwing a bar or two, flipping it into my own. I let them know, “ayo Jada, I had to use that. I needed that right there.” 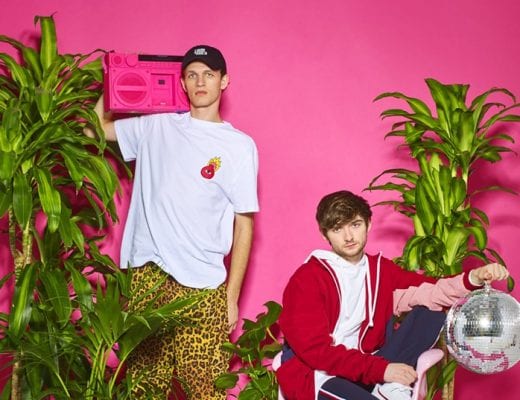 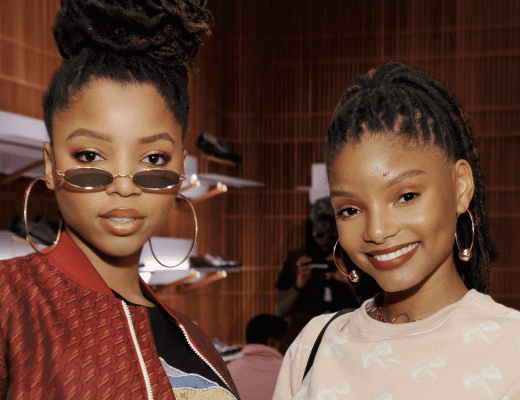