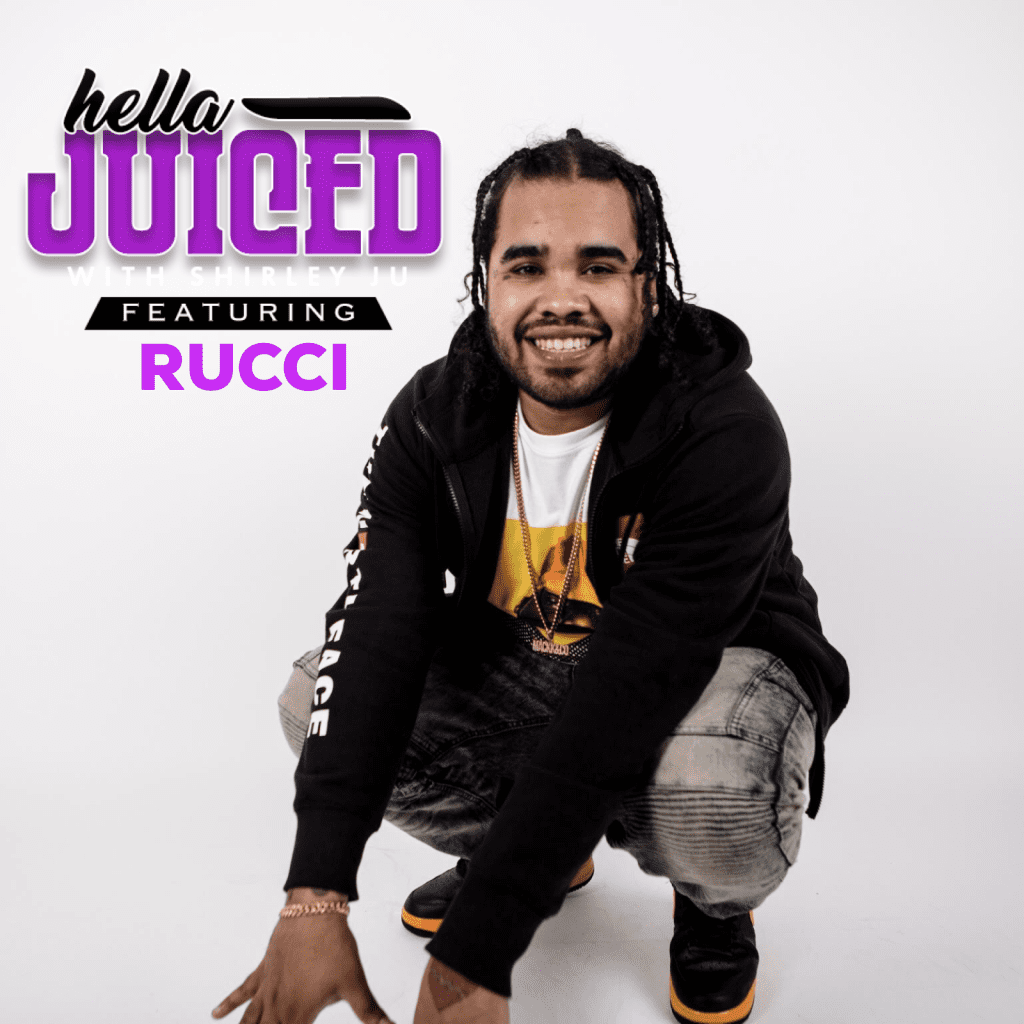 Rucci is one of the select few rappers part of this new LA wave, alongside 1TakeJay, AzChike, Kalan.FrFr, and Shoreline Mafia. Hailing from the Norf side of Inglewood, the “Ain’t Nothin” rapper fully embodies the definition of a street rapper turning his life around for the better. Music was always a part of a big part of his life, coming up as one half of rap duo MackkRucci alongside best friend Sean Mackk. Read more…

Unfortunately two years ago, Sean was murdered. Now, Rucci plans to live out his friend’s legacy by spending his waking hours in the studio perfecting his craft — doing whatever it takes to get to the top. Currently signed to EMPIRE, he recently unleashed the official music video for “La Bamba,” reuniting with his father for the first time since 2016.

How would you describe your sound?
I’d say the ghetto gospel. Real street gospel, I’m really talking to people. I’m not just rapping on turnt up beats and not meaning anything. What I’m saying actually has a meaning to it. That’s what makes me different from the wave right now. It’s a lot of of fucking bitches, fast cars, I got this, I got that. Then you got me where I’m telling you where I came from, why I’m like this, why I’m Rucci. I stand out, got more of a Boosie wavy vibe.

At what point did you realize this music thing was forreal?
I always took it serious. It never really blossomed. Even after, it’s still something that’s so regular to me. I never really was like “oh okay, now I’m really doing this.” But I can tell you probably when Sean Mack passed, that gave me a real big light like “you really gotta do something. You really are somebody.” A lot hit right there to where I just kept going and valued myself more as an artist.

What happened?
He got killed back in 2017. We were with MackkRucci, so it was someone I was with every day. Made music with every day. When that happened, it was a big slap in the face. “You gotta get it together,” but I’m strong about it.

Was that traumatic for you at all?
Umm… I keep going. Even when people talk about it, I can keep my composure and be strong about it because of what I’ve been through. If I was on bullshit from when it happened, I’d probably be down about it. But I feel so good about what’s going on right now and how I handled everything after that. I know he’s proud of me so it’s all smiles.

What was the inspiration behind your name?
One of my big homies from my neighborhood called himself Rucci. It was always a little fly thing, Even when it comes to Gucci and all that — we from Piru so he always called himself Rucci. My real name is Juan. When I started really going up, showing them I can rap, I didn’t have a rap name or nothing. It was back in 2013, he like “your name is Rucci.” At first I was so nonchalant about it, but then I started really feeling it. “Ooh yeah that’s tight.” Just went with it.

You just unleashed the visual for “La Bamba.” Talk about reuniting with your father.
That’s Big Juan. It was dope because I hadn’t seen him for so long. They put 2017, but it was 2016 when he got deported. I haven’t seen him in 3 years, so it was super big for me emotionally. Every angle, just a big blessing. My dad’s been through a lot of stuff in his life and he’s super duper blessed to be here. Me being able to touch him, talk to him, hug him, it wasn’t a limit to it. My uncle, also his brother, that was my best friend growing up. He got 35 years. Thinking about stuff like that and knowing I can touch my dad, really talk to my dad, be with my dad — I can go to Mexico any day. It was a big, big thing. Just having fun, I got to have fun with my dad. I got to do what I love to do, and he loves my music.

What does he think about your music?
Seeing him smile, he knows words to my song. He’s real into what I do. My mom also, they just love Rucci.

Talk about putting on for your Mexican culture.
See, I’m from El Salvador. But I love the Mexican fans. I love the whole Hispanic culture. I like getting into that. I actually want to learn more about my culture. Even the songs I’ve been making for my Hispanic fans, it’s really for them. It’s really to cater to them. They gon’ buy it, so it’s literally me getting myself out of my comfort zone. Because I speak broken Spanish. When my grandma talks me in Spanish, it’s English and Spanish. When I rap and do stuff for them, it’s really ‘cause my grandma. I want to show her that I love what she brought me into.

Any features on your forthcoming album Tako’s Son, named after your dad’s hood name?
Yup, I got everybody from the West Coast. Got the whole winning team. I got RJ on there. I got my boy from my label MACKK & CO, Lil Deuce. I’m under MACKK & CO also. He’s next up, super dope. A lot of production from my producer Romo. I got 1TakeJay, Kalan. FrFr, Azchike, Shoreline. I’m real in-house with my features ‘cause I like to make music with people that I really know it and really have chemistry with.

Talk about being the independent grind.
We’ve been doing this shit for a minute by ourselves. A lot of people be like “damn ya’ll do all this, do all that?” It’s the type of people we are. We always been “you do your job, I’ma do my job.” It always worked out. Everybody does what they’re supposed to do, it got us to where we’re at now. I wouldn’t say it was hard, I think we really put our minds to it as a team and really did what we’re supposed to do. It was so natural to us, we was ready.

You make R&B music?
Yeah I do, but I don’t be putting it out. I think other people should do it. I want to do that. That’s something new though, I want everybody to know that! I’m about to start writing for these so-called R&B artists. [chuckles] As an artist, I want to learn more about the business of course. How important is social media for your career?
Very important. It plays one of the biggest roles because without social media, there wouldn’t be shit going on right now. I can’t even imagine the world without social media. It plays a big role especially with me because we like to give fans a lot of content. We like to throw a lot of shows. People not really out there in the streets no more, people at the house sitting on their laptop or phones.

Who’s your favorite person to follow on IG?
That’s a good question. 1TakeJay. Chike though too ‘cause Azchike goes on rants. Both of them. They my boys so being with them already is a big thing, but seeing them — we really be into what each other do. Like Chike been gone, I called them yesterday like “when ya’ll coming back?” We really be into what each other do. My momma too, I be on her. I’m always on her, I make her delete stuff.

Really?
Yeah, I’m a big brother to my mom. I don’t let her do nothing –– I don’t know. She in a mid-life crisis right now. [laughs]

What does she think of the rap?
Oh she loves what I do. She mama Rucci. Since I was a kid, she always let me do whatever I wanted to do. She never put a hold to nothing, nothing was off limits. She always let me see what was going on in this world at every angle, negative or positive shit. She loves what I do, I just got a tattoo of a rose on my face.

How’d she react to the face tats?
The first one, she’s like “nah bro. Do what you gotta do, you think you rapper Rucci.” Now I got the rose, she’s like “oh I love the rose.”

Is the rose tat for her?
Nah, I got it on some passionate shit. I’m about to make it darker.

Did it hurt?
Nah. I want to get more tattoos. I just got my name done, so I want to keep going. I’m into tattoo wave right now.

What’s a normal day in the life? Walk us through.
For the past two months, wake up in hot ass Tarzana, go in the living room, fuck with all the homeis. If they sleep — they be already up. Get high, eat, figure out what’s on our schedule, and just flow through today. Get whatever needs to be done, done. The studio. A normal day is literally waking up, seeing what we got to do, most likely the studio ‘cause I got some music. It’s just music, music, music, and music. We all live together so if it’s not music, we literally in the house together. That’s just us. We rather be with each other.

3 things you need in the studio?
My bong, Don Julio, and my producer Romo.

Top 5 LA rappers?
The order doesn’t tell you who is better right? For me, DJ Quik, Kendrick Lamar, Snoop Dogg, Nipsey Hussle, and Rucci. Nah, Sean Mackk and Rucci for the last one.

What’s the best encounter you had with a fan?
Probably when I was in Seattle on tour with Shoreline. It’s my first time really being out of state for music. I walked into the shoe store, this one random kid was in there going crazy. He was mad at everybody in there because they didn’t know what I was, but he did. He’s like “it’s Rucci! What’s wrong with ya’ll?!”

Favorite song to perform in a set and why?
I got a song called “What I’m In To,” because the beat. Then “Cholo,” I like “Cholo.”

Who’s the most played artist on your phone?
Kodak Black.

What’s your favorite Kodak song?
I don’t think a lot of people know it, it’s called “Day For Day.” It’s on Painted Pictures, on the recent album. It’s a song that I really can relate to. Off his last shit my favorite shit was “Transgression.”

Dream collab?
Kodak Black and NBA Youngboy. I like Youngboy, but Boosie and Webbie for sure.

Anything else you wanna let us know?
Sean Mackk forever, MACKk & CO. My album is finna drop! 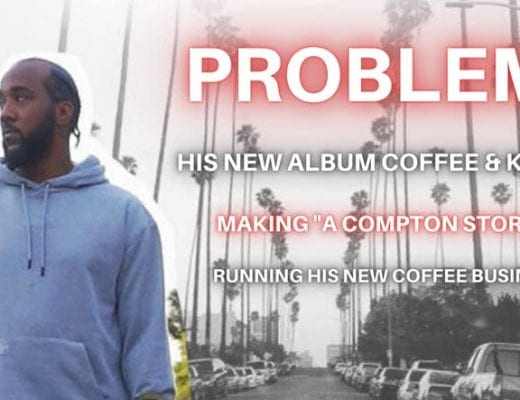 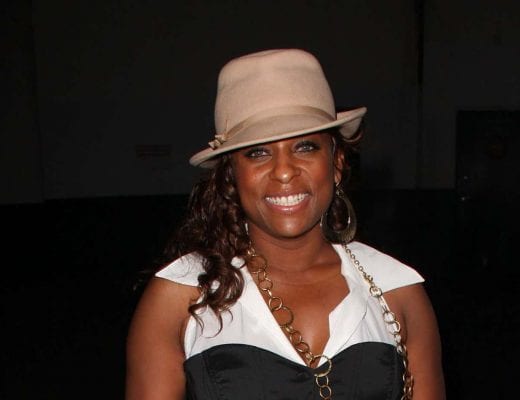