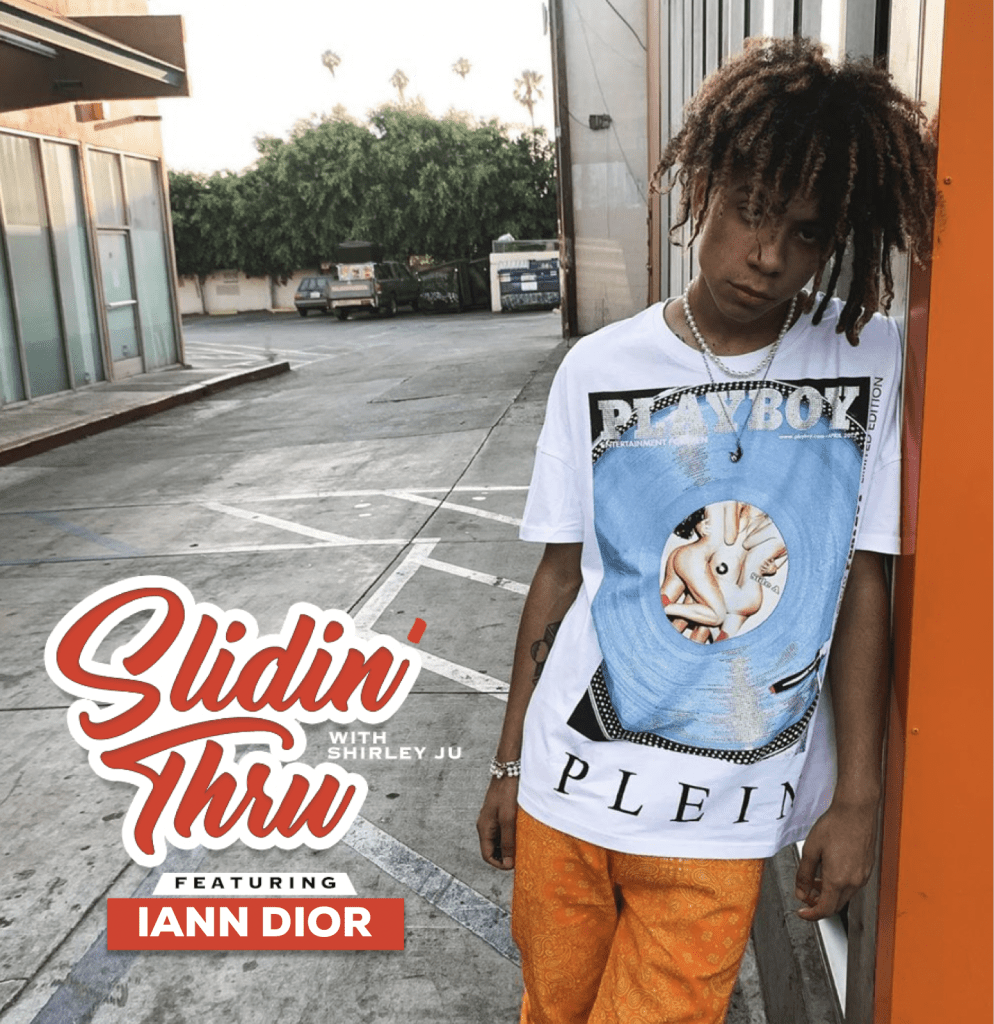 Iann Dior is here to create music for the rest of the world to relate, laying his most personal feelings and emotions over a beautiful soundscape for audiences to enjoy. With a sound laying somewhere in the midst of rap, R&B, and rock, the Corpus Christi, Texas native has been growing his numbers daily in the most organic way possible. Read more…

Iann’s debut single “Cutthroat” has accumulated over 2.6M streams on SoundCloud alone within just 5 months of its release. Beyond his friendly, familiar vocals over trap-hitting hypnotic production, it’s his relatable lyrics that allow listeners to feel accepted and heart. Through that one record alone, Iann caught the attention of 10K Projects, an indie label who immediately signed him to their roster. Soon after, he released his first mixtape nothing’s ever good enoughhailing standout single “Romance361” featuring PnB Rock.

Fast forward to summer 2019, Iann linked with Trippie Redd on a romantic ballad titled “Gone Girl,” just in time for the summer. At 20 years old, the sad boy rapper has already shut down The Roxy in Los Angeles, with fans lined up around the block hours before doors opened.

Being from Corpus Christi, Texas, how does that play into your life and career?
It’s cool ‘cause the only other person who did anything coming out of there was Selena. She’s from there, they have a statue of her downtown. It’s pretty cool.

Is that a small town?
Yeah, we have a beach and a mall. That’s pretty much it. It’s not closer to Dallas, it’s two hours from San Antonio. It’s on the coast.

Do you rep your city?
Always. That’s what “Romance 361” is about, the area code to Corpus Christi. I go back. My parents still live there, so I go visit and stuff.

What do your parents think of your thriving music career?
They love it. They’re just happy.

How long have you been making music?
2.5 years. It was an after high school type of thing. I didn’t really know what to do, and I was tripping over some girl. You know the deal. I made a project saying how I felt.

How did you start recording yourself?
It was actually me and my best friend, he goes by Halftime. He’s the person who engineered my music before I came out here. All my music before, all the practice, we just locked in the studio and would be in there for hours. Working on melodies, doing everything together.

Was it hard at all?
Nah, it was really fun. That was actually the funnest part of everything, trying to figure it out.

Were you working at all?
Yeah, I worked at UPS. I had 2 jobs over there. I’d wake up at 3 in the morning, until 9 I was loading the trucks. It frickin’ sucked. The money was good, I got $14 an hour. It was straight. After I’d go help the drivers deliver packages. I spent all day doing that, then I’d go to the studio in the nighttime.

At what point did you realize this music thing was forreal?
Honestly when I dropped my first song. It did pretty good. It gave me a confidence boost. I wasn’t really sure, and I just wanted to tell stories. It made me want to keep working.

How important is it to come to LA as an up and coming artist?
It’s very important. It moves very fast over here, this is where everything’s at. If you wanna take it to the next level, you gotta come out here.

What’s your favorite part about the West Coast?
The weed. [laughs] And the weather. Texas is pretty hot.

How does it compare to Texas?
Not as hot. In Texas, you get in the whip and you can’t even touch the steering wheel ‘cause it’s so hot.

“Gone Girl” with Trippie Redd is going crazy. Bring us back to that studio session.
Trippie hit me up on Instagram through DM and asked me for my number. He wanted me to slide to the studio. FaceTimed me, we linked up at the studio. He’s a super cool dude. We vibed off it, and the track just happened. It was a fun session, he’s cool to work with. Very melodic.

You dropped nothings ever good enough earlier this year. What was your creative process?
You can see in the cover art, it’s the blue, the red and I’m in the middle. It’s the good and the bad, I’m stuck between it all trying to figure out who I am. Everytime I tried to make stuff work, it was never good enough. That’s why I titled it that, stuck in the middle of it all just trying to figure it out.

What is it you want fans to get from your story?
Just be yourself. I want people to feel like they can let it all out when they listen to my music.

What are some goals yourself as an artist at this point of your career?
I want to sell out Madison Square Garden one day. That’s one of my biggest dreams.

How important is social media for your career?
I try to not get stuck on it because stuff gets to your head, but it’s pretty big. You really gotta be up to date with everything. I like to interact with my fans, that’s the way I can talk to them without actually seeing them. It’s fun, I like social media. I always post on my story doing some goofy shit. [chuckles]

How would you describe your fashion?
I kind of mix and match stuff together. I like the designer stuff, but I like to mix it with streetwear. On Instagram, I always find random little brands that are coming up. I don’t know if you’re familiar with Nightclub, I think they’re from Japan. That’s how I usually shop. I don’t really go on Melrose and Fairfax anymore. I used to go there every single day with Stacy. We ran that shit dry. [chuckles]

What’s your favorite shop there?
I’d go to HockeyLo a lot. On Fairfax, they make custom clothes. I got a dope hoodie there with eyes on it, stitched on there. It’s really dope.

What’s a normal day in the life? Walk us through.
Wake up, see where my n*ggas are at. Just catch a vibe. I’m living life day by day now, trying to enjoy it. We’re just having fun, I go to the studio a lot. Go to Taz’s to chill and smoke.

How’d you tap in with Taz Taylor?
He’s the one who actually wanted to help me out from the beginning. He had heard my music and was fucking with it. He wanted to fly me out, that’s how it all started. I mean, I’ve been in the studio every single day. At first, my parents weren’t very happy. My dad’s in the Navy and my mom’s Border Patrol, they were not happy. Then they found out I was smoking, so they kicked me out. I was living in the studio for a good month or so, working on music. It just worked out.

3 things you need in the studio?
Water. Goldfish, that’s my shit. I like the rainbow ones and original. And some weed. Chill, catch a vibe.

What would you be doing if you weren’t doing music?
I was really into Youtube before I did music, that’s where I started getting my name out in my city. I’d do vlogs and take my camera to school. In Corpus, everybody wanted to stay there and not be different. I was that kid who wanted to do whatever.

Is it suburb-y?
Nah, it’s really small. We have all the essentials though. I’d go to school with my camera and vlog whatever, say whatever the fuck I wanted.

Were you guys making crazy videos?
Yeah. [chuckles] I have this scar on my eye because we snuck into this abandoned courthouse which was supposed to be haunted. When we were running out, I slipped on the fence and cut my face on barbed wire. I might’ve been 18, it’s on video. It was pretty bad, it scratched me all the way up.

You could have lost your eye bro!
I know, I’m very grateful I didn’t. [laughs]

Favorite song to perform in a set?
“don’t want to fall.” Whenever I wrote that song, I was on my way to LA. It kind of hits me, I love it.

You still stay home though?
I actually just moved to LA, but I’ll go back there to see my family. I miss my dogs.

Craziest memory on tour?
New York, we sold out S.O.B.’s. It was crazy. As far as I could see back, I just saw heads. People just jumping, it was a movie.

What do you feel on stage?
Happy. [smiles] I feel like I’m at home. Everybody’s having fun, I’m turning up. I’m excited for tonight. I think LA might beat NY, Chicago, all those other cities.

Most played artist on your phone?
Right now, Frank Ocean. I’ve been really listening to Frank Ocean recently. I’m kind of always in my feelings. I like his music. It’s a soothing sound, when you wanna chill and smoke.

Dream collab?
J Cole. I’ve been waiting to meet him, Have a good conversation with him, I have so many questions.

Anything you want to let us know?
We’re in LA right now, about to fuck up this show. If you didn’t come, you missed out. 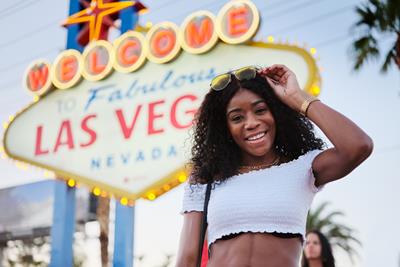 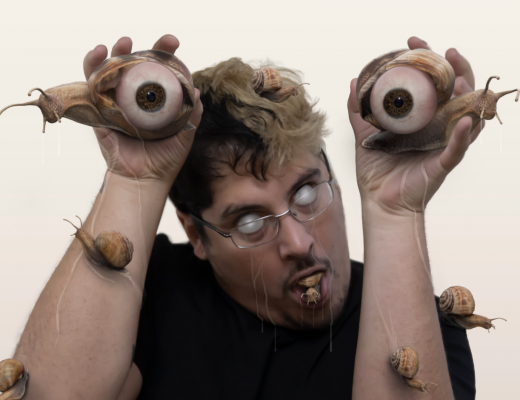