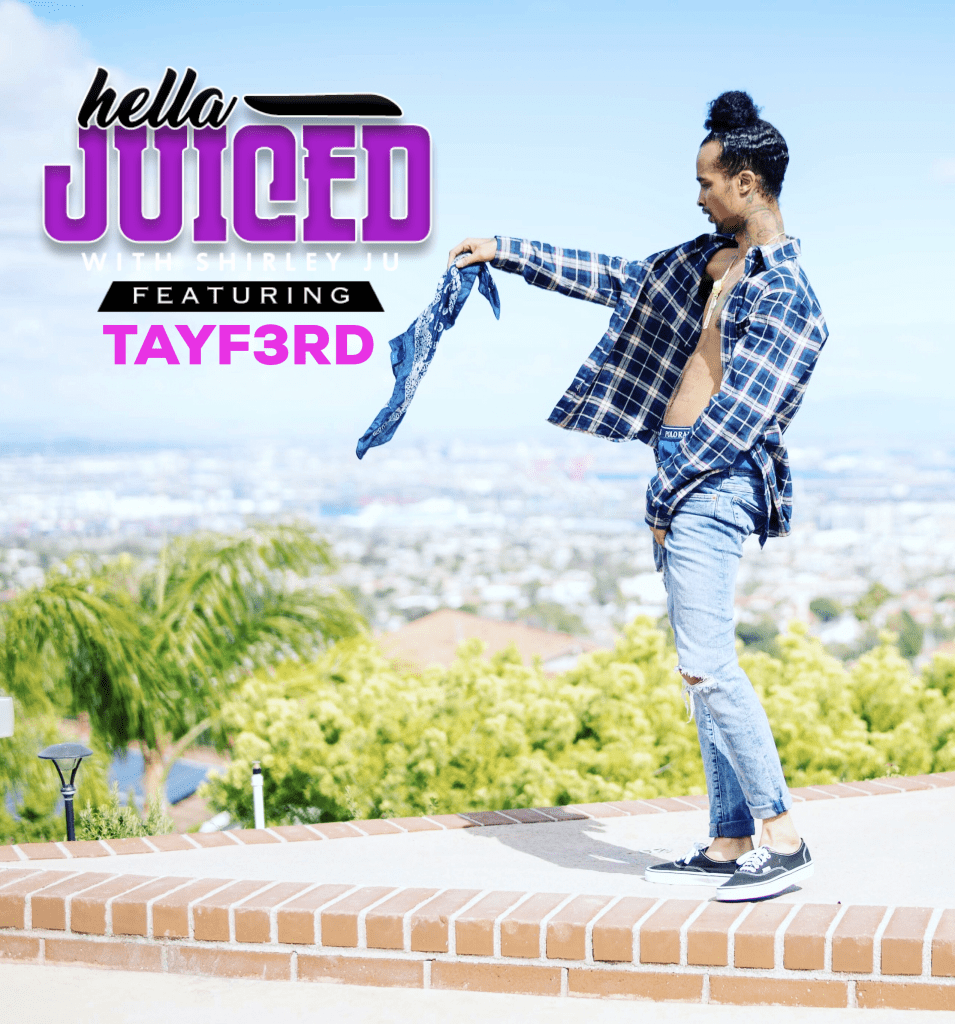 Tayf3rd (pronounced Tay-eff-third) represents Long Beach down to his blood. Raised off the likes of Snoop Dogg, Eastsidaz, and Big Boy on the radio, it was only right he became the first artist to sign to the legendary radio personality. Real name Tay describes his sound as “music for gangbangers who go home and listen to The Weeknd.”Read more…

In fact, real name Tay Kim came up alongside YG back in the day, when they were admiring the Hyphy movement. It was when YG got locked up for flocking that Tay’s record “I Smoke, I Drink” landed in the right hands at Power 106, eventually getting airplay thanks to DJ Felli Fel. Fast forward to 2010, Tay continues to grind and unleashes his most recent project Sandbox 3, hailing standout single “Low Inside” featuring $tupid Young.

Bring us back to the reality of Long Beach. What were you seeing growing up?
Me personally, me being an Asian, I grew up in Cambodia Town. All the people –– I don’t wanna say black people but the people who were urban, they talked about me. Like “oh why you don’t chill with us?” All this shit. Literally “yo you weird, why you ain’t with us?” But when I turned into a senior, I actually went with them. I put two races together: my people and the black people. We took over all Wilson and Polly. We made cliques called Flirts Flip. Westside Boogie was from Flip. We really made a whole movement based off the fact I connected two worlds with each other. They had the shoe game and we had the people.

You say you’re the greatest thing to happen since Snoop. Why is that?
Because when I was coming up, we were doing this click stuff. The reason we did that was because we didn’t want to be gangbangers. Everybody wanted to gangbang. Where I’m from, it’s two hoods. There ain’t no other hoods, literally it’s Snoop’s hood and my hood. When I was coming up, everybody wanted to be from them hoods. When I made the jerking shit, I made it fun because I was a skateboarder. I don’t even know what jerking is to this day. I don’t know how to dance. I swear to God, I cannot move my legs. I’m too skinny, I look like a bunch of french fries. Literally, I look like you shaking up french fries in a clear bag. [laughs]

What are some goals for yourself as an artist at this point of your career?
I want to get Big Boy off the radio, that’s one of my biggest goals and nobody knows. I want him to have his own label on the Westside as big as Priority Records was when Death Row was out. Big Boy deserves to have that. I used to do it for myself, but I said a prayer one day and the stars when they talk to me, “it’s not really about you. You good. You know it yourself, do something for everybody else.” The first person I thought about was the first person who helped me: Big. I want to stop him from having a radio personality..

What is your relationship with Big Boy now?
My best friend, that’s my brother.

I saw he was at Snoop’s listening.
He told me to go to Snoop’s shit but I didn’t want to go. I was supposed to go but I told him “I’m not there yet.” Little does he know, Snoop’s my competitor.

Snoop?
Yeah, he’s my competitor. Don’t get me wrong, he’s my idol. I’m from Long Beach, but he’s not competitor though. I want to be better than my idol. I want to be the greatest, ain’t that what hip-hop is about? Told everybody the other day, we’re having a big ass argument. “Snoop’s the biggest rapper out right now,” they’re like “why?” Because he’s still himself, and still making hits. He’s still fire. This long, there’s no one like Snoop besides Jay Z. Only person besides Jay Z who’s like Snoop. Nobody, not even Dre’s done this. I want to be better than that.

You unleashed Sandbox 3 in May. How has the fan reception been?
Man, I was bringing the jerking shit into 2018. I went back to my old self and revamped it. I tried to put the fun and the happiness of the jerking shit into the context of what’s going on today. Try to bring happiness into what’s going on with all the negatives. For example in my city, we got the Mexicans versus blacks going on, but I made a song with King Lil G just try to bring peace. I think we did though.

Did you?
I don’t know, I ain’t seen nothing. I’m sure you saw that shit going on with the Mexicans and the black people? It was going crazy about two months ago, but I ain’t heard nothing about it no more. I feel good about it, I love it.

Have ya’ll crossed paths?
No we’re good! We friends. But I never asked him, he’s always been a nonchalant type of dude. I’m so humble too, I don’t want to be “can I make a song with you?” I want to ask that, don’t get me wrong. I want to ask that every time I see him.

You don’t have a manager?
I don’t have a manager. Well I have somebody who really runs my business which is Steve Devoe, who introduced me to Big Boy. I told him I want to be in full control of my situation about 4 years ago when I was working to get to the spot I’m at right now. Now I’m at the spot I’m at right now, I do need somebody to reach out. But the position he’s in, he’s just cashing the checks for us. He’s my dog, my boy. He made everything happen, but I don’t have no manager. I’m really managing myself.

Do you feel you’d be a lot farther with a team?
Hell yeah. It’s really just me working. All I’m doing is bringing product to Big Boy. I was with Sylvia Rhone in the studio, she’s like “I wanna sign you right now.” I’m like “I don’t think you should sign me right now.” She’s like “why?” Because it’s just me. It changed her whole mind, but she still wanted to sign me. She’s like “we can put a team behind you,” but it won’t be right. That’s like a cheat code to rap, you can’t cheat rap.

That’s what n*ggas thought I did with Big, they’re like “oh you cheating.” That’s why I never asked for nothing. That’s why I’m not the biggest artist in the world from LA, but I could be. That’s the biggest DJ ever to come out to LA, but I’m not using that cheat code. You can’t cheat the game, you really have to work. You gotta do your shit. So I built a team. I signed Elijah Banks, DaKiddFlow, a dude named Joe Passion.

So you good?
I’m good, in terms of what I do for myself and what I provide for my people. To be honest though I ain’t gon’ lie, I really make great music. I ain’t gon’ lie, I really make good shit. Music should be a paintbrush. If I can’t use this one, I can get the next utensil. There’s no boundaries on music, there’s not even a blurred line to it. I hate how they call the genres pop, rock, and shit. Because look at Lil Nas X, he made a country song and they stopped him from being on the country records. Rap is not really rap no more. We’re really not rappers no more, like n*ggas is on stage doing mosh pits.

Beyond that, he’s the most genuine human being.
I always fucked with him because he won the battle, but more recently because I seen him do that shit with DJ Akademiks [Everyday Struggle]. He was just being real. It wasn’t about what he said, it was his body posture, the way he was talking. “I’m sincere with this shit. I’m not lying to ya’ll, this is me.” I love when I see an artist do that, that’s fire. I used to feel I was subjected to that: “you an asshole. Bro you a drunk. You talk too much. You be high.” Or “you’re from Long Beach, you say cuh too much.” Damn, don’t you want that character? Don’t you want something new? When I seen him being himself, that’s cool.

What’s a normal day in the life? Walk us through.
I wake up in the morning, I walk my dog Billie Jean. That’s my baby. I take her back home, I cook some eggs and rice with some Sriracha.

How do you make your eggs?
I got the eggs on the frying pan, got the rice in the steam cooker. Come on, you know what’s going on. I’m in Cambodia Town with it. Ain’t nothing more powerful than the pushups. Ain’t nothing better than a workout, so we do our workout. After that, we go to the computer. I sit at the computer all day until I got something to do. I look at my beats, I write some music, that’s a day.

3 things you need in the studio?
I need some wine, one cigarette, and some blue lights.

Any shows coming up?
We’re doing the Real Street August 10th. Get there early though! We just did the Long Beach one, Once Upon A Time. I turned that bitch up, we had a n*gga out there diapers. Literally, he had a diaper on and a unicorn hat.

Favorite song to perform in a set?
“Low Inside,” because it just feels good. It’s from the heart. Most of the people who hear it have heard it, but they never really paid attention to it. You know when people hear a beat before, they like “oh shit!” You see them, they’ll pump their hands and really start getting in tune with it. Keep going through the whole song.

Best encounter you had with a fan?
Oh man, I can’t talk about it. I got crazy in the dressing room, 4 of them naked. This was at Paid Dues, I was performing. I was young, probably 21. We had 4 bitches in there butt ass naked, I didn’t even have sex with them. It was just me, they was all doing some crazy shit. It looked like a centipede in that bitch. But I didn’t do nothing, I was just watching.

How did you not do nothing?
They definitely tried, but I’ve always been in tune with my body. My body is a temple. I definitely got ratchet though, don’t get me wrong. It wasn’t the time. I didn’t even perform yet, so I didn’t want to get my body dirty. [laughs]

Who’s the most played artist on your phone?
Polo G.

Anything else you want to let us know?
We about to come with the album August 30th. 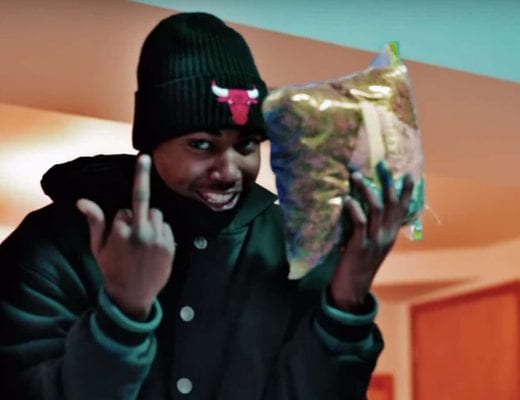 Jay Loud On His Journey From Struggles To Success 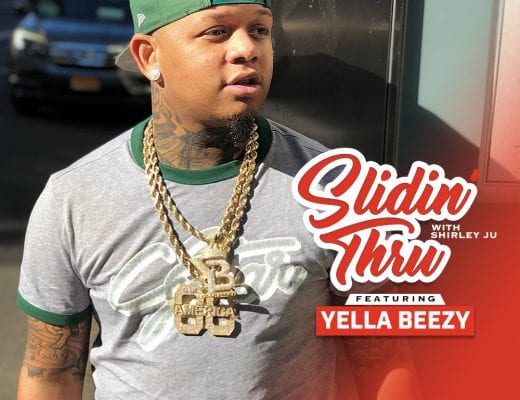 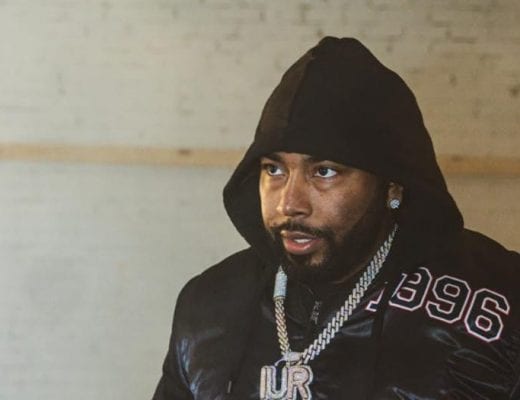