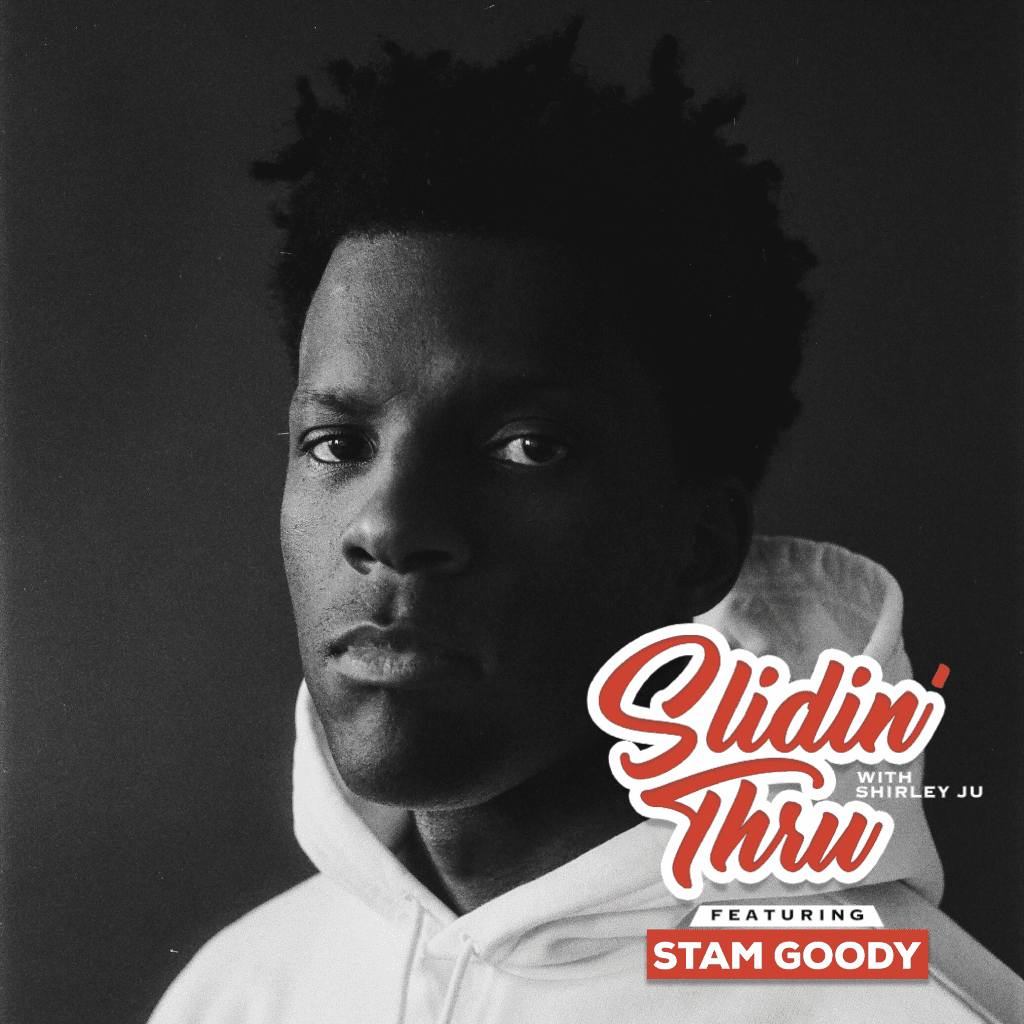 Stam Goody has decided to wear his heart on his sleeve with his new 6-part docuseries. Each episode in Anything Can Happen… follows the lyricist, musician, and activist from the beginning: his home in Camden, New Jersey and Wilmington, Delaware. Coming up on the streets surrounded by gangs, violence, and drugs, Stam remained quiet and wrote in his journal. Read more…

It was age 15 when Stam traded hoop dreams for writing music, eventually realizing that was his calling. Fast forward to 2019, he’s in Los Angeles living out his dreams of being an artist the way he sees it: genuine, honest, and inspirational. Stam has been compared to the likes of Jay Z and Kanye — old Kanye he clarifies. While these are two artists he used to follow and look up to, he just hopes to carve out his own path so he can inspire the youth the same way he was inspired by Hov and Ye.

Why should people fuck w/ you?
Most people do fuck with me. I’m a good guy, I treat people well. I don’t usually run into any problems. When I do run into problems, I can handle them correctly. I’m good. [chuckles]

How would you describe your sound?
I have a really eclectic sound, but it’s rooted in the foundation of my purpose which is changing the narrative for kids like me who come from places like Camden, New Jersey, and Wilmington, Delaware. The consistency of my art is always within that message and that purpose.

Being from Camden and Wilmington, how does that play into your life and career?
I try not to talk about it in a woe is me-type of way because I’m here and I survived. If I’m being brutally honest, I saw my first murder at 7 years old in Camden. If you don’t have the proper environment within that type of environment — an inner city like that, if you don’t have the proper people and the proper principles around you to learn from, you can very easily go astray and lead a very different lifestyle. Fortunately I had OGs, older sisters, and cousins who helped me to concentrate on things that interested me. Because I was more of a quiet kid, more into the arts and writing. I had people who steered me in the right direction but growing up in those places, it really teaches you a lot about life very early. Probably too early.

How important is it to come to LA as an up and coming artist?
I don’t know if coming to LA is important for everyone. For me, it became important because I came out here with my manager who was working with other artists at the time. I just got into a flow at the studio, with my lifestyle. I really care about wellness: being healthy, eating healthy, staying in the gym. Because that lifestyle is very prominent here, it was a very easy transition. Just seemed like the right thing to do. These last 2 years I’ve been in LA were 2 of my most progressive years in a long time. Everything fell into place for that to happen, but I don’t think everything is for everyone.

What’s your favorite thing about the West Coast?
The weather, of course. I grew up on the East Coast, I’m an East Coast kid at heart. I had a lot of East Coast winters that last almost a whole fucking year. [laughs] I’m over them. I will be honest and say over the past 2 months, I’ve really missed the East Coast a LOT. I’ve been complaining to them. [points to team]

What do you miss?
There’s a certain energy of assumed directness and genuineness that comes with the East Coast. “I either fuck with you or I don’t, and you’ll know.” Doesn’t mean we have to have beef. There’s not a lot of really pretentious or flakiness on the East Coast. When you meet someone, if you click, you click. If you don’t, you don’t. There’s not a lot of “yeah we should link up!” Then you don’t really link up. It’s not Hollywood talk out there, keep it 100.

What was the inspiration behind your name?
I used to freestyle, I’d be able to freestyle for long periods of time. My friend jokingly started calling me Young Stamina, just being funny. Then in a song I wrote, I referenced Sam Goody, a record store on the West Coast. When I was really young, my father used to take my older sister to this record store called Sam Goody. I have an amazing memory, it’s crazy. It was a ritual: my dad would go every other weekend and spend $100 to $150 on CDs for my older sister. Music is a big part of our household. Sam Goody is something that’s always been subconsciously in my mind, then I wrote a line about Sam Goody and rhymed it with Stam Goody because of the Stamina thing. It just stuck with people.

You just unleashed your new single “Livin’ Savage.”
“Livin’ Savage” is inspired by the energy of seeing the light at the end of the tunnel in the darkest hour. When I was in NY, I had just stopped living another facet of my life. I was in the streets, and I didn’t want to do that anymore. I was becoming Stam Goody completely, and not living the one foot in, one foot out stuff. With that comes a lot of trials, tribulations and frustrations of not having the money you’re used to. I was going through a lot of financial troubles and really figuring out the Stam Goody thing. For whatever reason, I was born with that light to always keep going. That’s the energy for “Livin’ Savage,” finding that foundation of confidence in yourself even when it’s hard.

You say you’re like “a young Denzel looking after Spike Lee.” Can you expand on that?
Denzel is like my second pops, he just doesn’t know it. When I meet him, I’ma tell him. Because Denzel was always someone who represented what black male excellence was in our culture, and always that representation even outside of our culture to mainstream and Hollywood. Not just on screen, but the principles he has off screen as well. I studied that and I learned a lot from who I believe he seems to be. Hopefully he remains that person when I meet him. [laughs] ‘Cause sometimes you meet your heroes and it’s like “fuckkkk.” I hope it’s still that way, and I believe it is.

That’s a large part of what my grandfather taught me: being a person built first on your foundation of principles and moral code, then letting everything else be extras. That’s how I look at myself. Most people who come into contact with me and know me would describe me as well.

I saw your IG post. Why is social media hard for you?
I’m not a big fan of social media in general outside of the connections people are able to make with others. Sometimes it’s easy to look at an artist or human like myself who isn’t assimilating to the way things are moving, just say “hey you need to be doing this.” If you listen to my music, look at my videos, watch the docu-series even to my photographs, I’m a very intentional person and artist.

I get DMs from fans and people who listen to my music, a lot of DMs about the docu-series. People asking me certain things, wanting to hear more explanations or see more on my socials. I thought I could address that in a post, help people understand what you’re actually hearing in the music and seeing in this docu-series is why I’m as private as I am. Again, I wasn’t raised in a way to give all your business to the public. It’s mind your business, so I felt let me address it this way since this is the way people want me to be. There was an irony there.

What are some goals yourself as an artist at this point of your career?
You set goals for yourself artistically and professionally right? I’d love to continue on this path of releasing these next couple of EPs, then getting to release my album and seeing what type of reception it has from the fans. I’m not really a critics person. I do what I do for the people who understand where I’m coming from. That’s really it, being able to continue on this path. Waking up every day, feeling grateful and staying focused. I’m not chasing a Grammy, none of that stuff. All those things will fall into place if I just stay focused.

What would you be doing if you weren’t doing music?
Wow, I don’t know. Some type of entrepreneurial endeavors. I’m not really a go work for some somebody else-type of person. I’ve always known that my path was to create, so whatever facet that is. Many things. 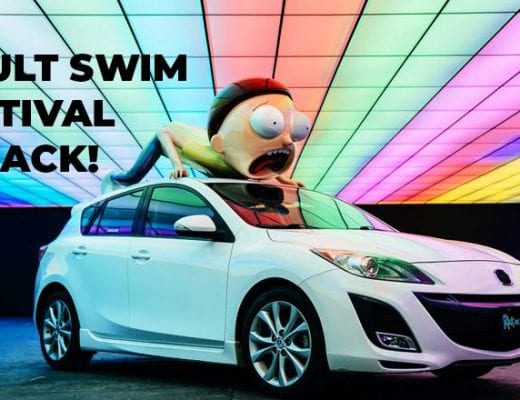 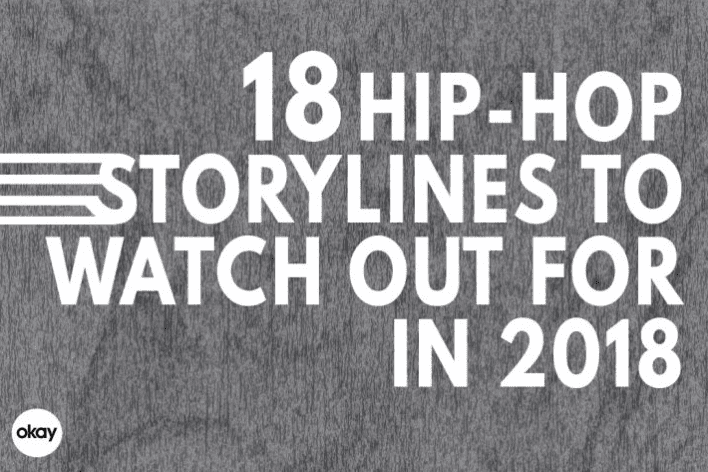 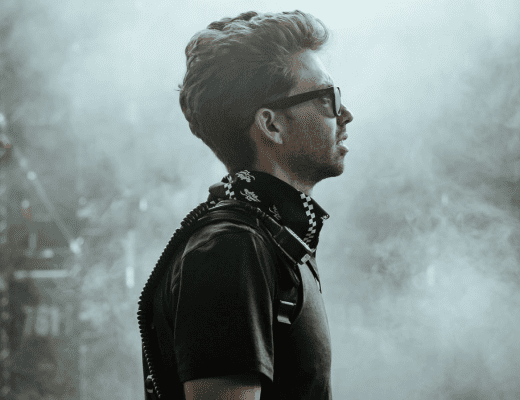 How Rolling Loud Became The Biggest Hip-Hop Festival On Earth