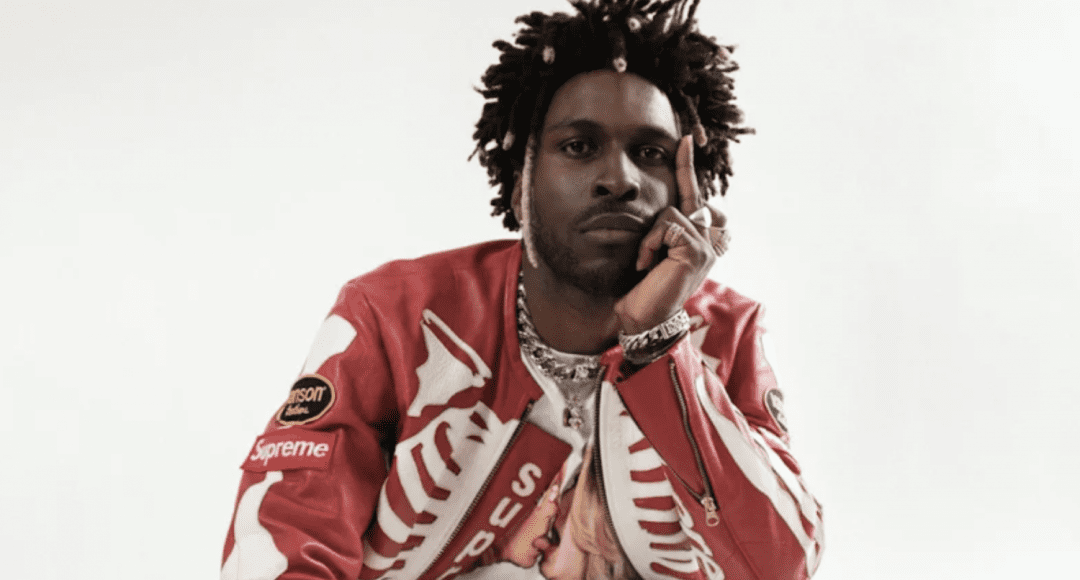 SAINt JHN is an artist that should not be placed in a single box. The Brooklyn native proves to be one of the most exciting artists to grace the rap and R&B game as of late. It’s his strong pen game moreover undeniable trap bangers that have helped him. With the ability to switch from rapping to singing, the Guyanese creative pairs vivid pictures and storytelling with melody and bars.

It was at 12 years old when SAINt JHN started making music. Eventually, he began writing for artists like Rihanna, Hoodie Allen, Usher, Jidenna, and many more. In February of 2018, he unleashed his breakout single “I Heard You Got Too Litt Last Night.” The track turned out to be a fan favorite off his debut album Collection One which arrived one month later. With each record, he created multiple bodies of work that listeners would be able to listen to on repeat.

Fast forward to 2019, he’s featured on a track with Beyoncé, “Brown Skin Girl,” from The Lion King: The Gift soundtrack. Most recently, JHN prepared for the release of his highly-anticipated second studio album Ghetto Lenny’s Love Songs. A few days before the project dropped, he shared the cover art to his 222K followers on Instagram depicting a skeleton on a motorcycle riding through a cross that’s on fire. This is a clear sign that he’s bringing the heat with this project.

REVOLT TV caught up with SAINt JHN to chat about his incredible pen game, working with Beyoncé, and why “Anything Can Happen” with Meek Mill is his favorite song.

Who is SAINt JHN?

I’m my mom’s son, my brother’s younger brother. I’m just a guy from Brooklyn. [I am] a kid who dreams a whole lot and creative enough to see if it works.

Talk about your strong pen game. Is it true that you wrote for Usher and Rihanna back in the day?

I’ve got a strong pen game? I’ll let you say it, I don’t want to. Before I got any visibility as an artist, I was writing for other people… I was just helping… Before I was Tom Cruise, I was the n*gga… doing the stunt doubles for him. I got the opportunity to write records for Usher, Kiesza, Jidenna, Nico & Vinz. I guess you could add Beyoncé to that list. At the end of the year, I’ll tell you some more names.

What were you seeing for yourself back then and what made you finally pursue what you’re doing now?

This. It was always this.

I didn’t finally pursue it, the clock wound up for me. Not to sound metaphorical. But, I saw a window [and] I had an inclination. My instincts told me it was now. Writing for people is cool if that’s your dream, if that’s what you set your sights on. But, it’s not what I set my sights on. It was something I felt was an opportunity I needed to exhaust… [It didn’t come] easily. But, if it came, then I’ll value it.

What’s the significance in the title Ghetto Lenny’s Love Songs?

Lenny Kravitz we all know [is] the G.O.A.T. There aren’t too many people in that space that have done what he’s done or what he represents. He holds that mantle… He’s done a lot. I don’t play guitar…

How did Lenny Kravitz influence your own arts?

How many black men or artists in this space do you see carry that energy? [It] feels significantly bigger than a region, a demographic, a specific way of thinking, or a specific way of dressing… He carried a message that was across cultures, that’s important for me.

*What inspired the cover art?

At this point, I’m dreaming out loud… [What goes on in] my mind, I can fully put that on display. That’s what you’re seeing… I suppose that’s how I see myself.

Why is ‘Anything Can Happen’ with Meek one of your favorite songs?

It’s honest… [But,] I’d be lying if I didn’t say the whole thing wasn’t an incredible body of work for me to listen to… It’s so transparently spoken. ‘Anything can happen when you out here poppin’ every night / Gotta’  risk it all tryna live a legendary life / Gotta’  keep the boomy on you even when it’s close friends’ … For me, it’s an instruction manual to some sorts. [For example,] this is the cost and this is the benefit. We’re going to hustle through this, we struggle through this.

What’s the dynamic like in the studio with Meek? I know you guys have more records.

Meek is a star. He’s on top of his game… I walk in the room and do what I do. I’m an artist [and] a writer. So, no one questions what my intentions are when I walk in a room. If I say I [have] an idea and we [have] a relationship, they listen and go ‘let me hear the idea.’

How did you two link?

Shout out to Chubs out of Atlanta. He signed Future, 21 Savage, [and more]… I was fortunate enough to have a relationship [with him]. So, when it was time to do features, Chubby’s like, ‘Yo why don’t we do Meek?’

What was it like hearing him go after Kanye again?

He went after Kanye? I think he was just speaking his mind. When you’re an artist, you… base things on your observation. I don’t even think he said anything.

I know that’s not your guys’ only record. What can we expect from you and Meek down the line?

Sometimes I’m vocal and sometimes I’m shy. I choose to be shy right now. But, there is another record.

Best memory from the video shoot with Lil Baby?

Best memory with Lil Baby… (laughs) It was three in the morning and he was still going. I remember looking at him [thinking], ‘Wow, he’s a really genuine guy and he works hard.’ … My favorite moment was that… He was still excited. He was still ready to be there…

What was your decision to name your merch ‘Christian Sex Club’?

Well, it’s called ‘NOT A CULt.’ ‘Christian Sex Club’ is one of our lines underneath it.

What is the significance of that?

It’s self-explanatory… The magic in art is [that] I get to make it and you get to decide what it means to you… I made [the merch] with the intention of it…pushing the envelope [and] conversation… That’s why I made it. I grew up hyper-Christian, going to church everywhere. My mom studied metaphysics and… I [went to] Brahman, I was Pentecostal, I was Baptist, I was Methodist, all of that.

How much does faith play into your life?

[It plays] an enormous one. Belief, faith, conviction, determination… I live by those codes strung together… I believe, without a doubt, that I couldn’t be here if I didn’t believe in myself. I believe what I’m doing is important. I believe the music I make is important… I live… guided by the principle that if I fall, something’s gonna catch me and take me somewhere I haven’t been before.

What was it like hearing yourself in The Lion King?

I haven’t been able to see the movie yet. I’ve been so busy. I’ve been finishing up my summer collection. I can’t wait to see the [movie]. Right now, I’m in the midst of walking a tight rope, making sure I get to my future. Right? The Lion King is here… I want to make sure the world hears what I need to tell them.

I know everybody has been bombarding you with Beyoncé questions. But, what’s one thing you took away from working with her?

That no matter where you are, people can see you. No matter where you’re standing, how far [or] how disconnected… if you’re telling your truth, someone’s going to hear it. I didn’t know Beyoncé [before that]… [But,] I knew someone would be able to see me at some point… ‘Brown Skin Girl‘ is proof of that. Most people would have been afraid of a record like that.

Do you write your lyrics down or in your phone?

I don’t make a practice of writing. [Instead,] I record the things that I think.

What are three things you need in the studio]?

I’m a [Guyanese kid(https://revolt.tv/videos/rolling-loud-bay-area-saint-jhn-delivers-hypnotizing-performance-track-3-00cfddfe), it gotta be… Mangoes and Guinep. All the Guyanese readers are gonna say ‘Guinep? What!’

Lastly, what is one thing you want fans to get from your new album?

That’s the one question I can’t answer. I don’t want to taint the impression. I don’t make it for that purpose. The music that I made, I [have] already made it. The interpretation it’s gonna have, the opinions that are gonna be casted, the inspirations that’ll come from it, the doubt that’ll come from it — that’ll be for everybody else who’s listening — I just hope you like it. Even if you don’t like it, I hope it makes you do something… Tell me what you [get from it] when you arrive. Just show up. 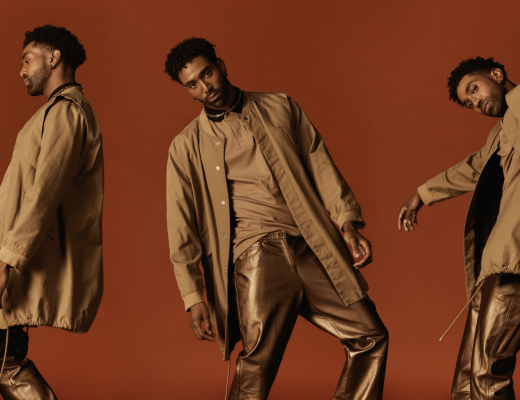 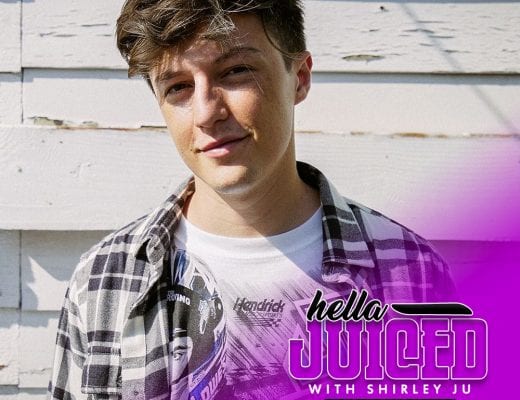 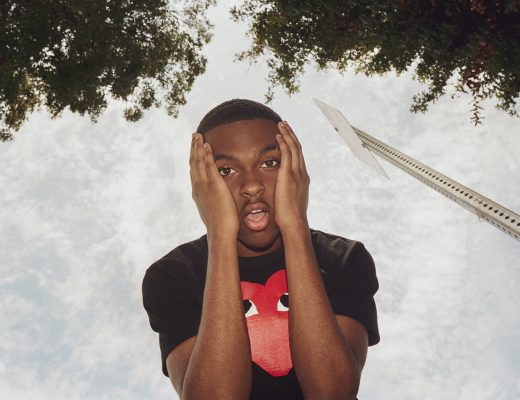