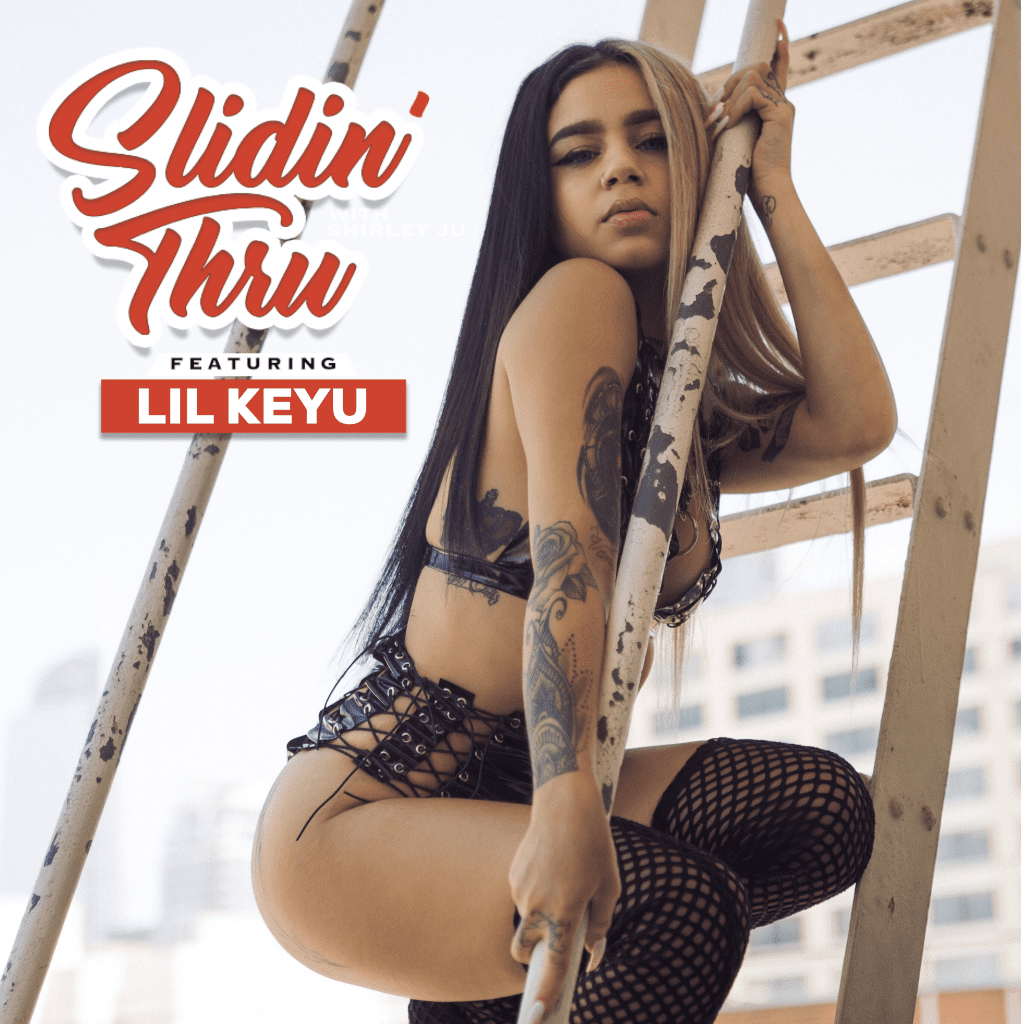 Lil Keyu does NOT want to be compared to 6ix9ine in any fashion. Dubbed the Princess of New York, the 19-year-old is ready to go HAM with the music. It was only 6 months ago when she officially started taking things seriously, even shooting her shot with Miguel Solano (who worked with Lil Pump early on). Read more…

After sending him a novel via DM on why he should manage her, the rest was history. In addition to her rap career, she’s also a single mother and animal-lover. Her name is inspired by Kanye West, an artist who’s aggression she takes influence from. Most recently unleashing her new music video for “Play Dumb,” fans wait patiently for her fortchomning EP A Different Key.

What kind of imprint?
A really big imprint, don’t know yet. [chuckles] I’m just going with the flow. I know I just want positive energy, that’s really important to me. I want to help the world and make good music.

Why should people fuck w/ you?
I don’t feel like I should give a reason as to why people should fuck with me. If people fuck with me, they fuck with me. If they don’t, they don’t. I know my music’s not for everybody. My music is for people who can’t scream, but want to. You know? I give them a little women empowerment. I can be their little room to scream when they can’t.

Talk about being born in Orlando, when did you move to NY?
I was always back and forth. My mom and dad are originally from New York. My mom was supposed to go to NY, but then ended up having me in Florida because my dad had just moved. My grandmother got him over there, but I was always back and forth. I stayed there for a while when I turned 11 or 12, stayed for 6 years.

How’s balancing both your career and motherhood?
Good actually, it’s not that hard. A lot of people say it might be hard but if you know how to really balance it out, if you have your child on your schedule, it shouldn’t be that hard.

Does she know that mom is a rapper?
I mean, she listens to my music and she gets hyped.

Talk about being dubbed the Princess of New York. Did you give yourself that name?
I gave myself that name because I bring something different. I have a lot to offer. Later on in my career, I’m gonna expand the way I do my music and everything. People are gonna see different sides of me. I can leave a big imprint. Like my EP cover says, I’m a different key. I bring something that other people can’t.

How important is it to come to LA as an up and coming artist?
It’s important. The two best places to be for me is New York or LA, you understand? Because those are the two most diverse, musical, fashionable, artist-wise, two places that you can ever be. The best ways that you can get opportunities. You’re walking down the street and somebody sees you, that’s it you got an opportunity. It’s easier here to find the right paths. Over there too, but here a little bit easier. It’s not as negative.

You live out here and how long?
I’ve been here since I started rapping, 6 or 7 months.

Favorite part about the West Coast?
To be honest I haven’t really explored a lot, but I like everything. I like that it’s free, love the freedom. The weed part is amazing. It’s really good. That’s really it.

Your name was originally inspired by Kanye & Yeezus. What’s your favorite Kanye song?
All of them. Not really all of them — to be honest I like “N*ggas In Paris.” I like “Wolves.” What’s that song with Kim Kardashian on the bike in the music video? “Bound 2.”

What inspired “Play Dumb”?
I was actually in the studio… he actually wrote the hook. [points to friend] Jru Chambers gave me the hook, that’s my producer and DJ. When we’re together, we’re like two beasts. We work so good together. We were together just pumped I guess. We wrote it, that’s really it. When I feel the energy of making music, I just do it.

“Run Up” is turnt. How do you stay so lit?
My new song! I mean, that’s the point I’m tryna get across. I’m tryna bring that side of where you can’t really mess with somebody, you know? Everyone has this little anger point inside of them. I’m not saying people should go and kill somebody. What I’m saying in my music, I don’t mean none of that. What I’m saying is if you’re ever in a car, you just mad and you need to yell, get in your car and put on Lil Keyu. Yell that shit out. You’re letting that aggression out towards the person instead of actually putting energy really towards them. You’re just letting it out right there.

Do you worry about promoting drugs in your music?
No… weed. I say other stuff, but no. I’ve never done anything else but weed. I’ve never done no drinking, nothing. No taking no pills. I’m actually scared to do all that stuff. The fighting stuff, yeah. Don’t mean I’m like that everyday. I’m not like that. If somebody disrespects me, I don’t tolerate no disrespect. That’s not me everyday, that’s something if you take me out of my character. But drugs, no I don’t do none of that. I don’t want nobody to do any of that.

Why do you rap about it if you don’t do it?
I don’t know. I feel like when I’m angry, it all falls into place with what I’m saying.

What is it you want fans to get from your story?
Really I just want them to see a girl who had anger let it out in a good way, not really doing bad stuff. Because whenever I go to a bigger platform, I want to use my success for good. I want people to see it’s okay to be angry, it’s fine because everyone’s human. Everyone got that little angry spot. Everyone gets mad at some stuff. You can be angry, but you can still do good stuff. You don’t have to do bad shit.

Being only 19, what are some goals yourself as an artist at this point of your career?
To be the best I can.

What does that look like?
Helping people. I went through that stage where I wanted to go to school but I couldn’t because I had a baby. Not because I didn’t have help, but because I decided to move somewhere where I couldn’t have help because I didn’t have family around. I moved around a lot to certain spots where family wasn’t around. I wish there were schools where I could have just dropped my daughter off downstairs and went to school upstairs. I wanna go and help people like that. I wanna help animals, I’m a big animal lover. There are so many problems that have to be fixed.

Do you have any pets?
I have a dog. I have a pit. I’ve had a rat before, I had snails, I’ve had a bearded dragon before. I like everything. I like horses and pigs. How important is social media for your career?
Really important. It’s 50/50, social media’s important and your connects outside. You gotta know how to use both. Your fans are really on social media, that’s where you build your platform at — or that’s at least where I build mine. You gotta give the fans what they want. You gotta preview music, that’s where they see it if you don’t wanna let it out on iTunes first. How are they gonna know you even let it out? Connects outside, you need to be out and about and show your face places. If you wanna make an imprint, if you wanna be somebody in life, you gotta show people your face.

I think he deactivated it.
There you go, that’s probably why. I ain’t seen him in a while. I really don’t be on IG that much, but I’m gonna start being on IG a lot more.

Because of the artist stuff?
Not just that, I have to be more consistent. Telling my fans right now and other people out there, it’s not easy. If being a rapper was so easy, a lot of people would be doing it. You can have 200K on IG like I do, that don’t mean I’m rich. The grind don’t stop. You gotta keep on until you hit where you wanna hit and not even, because you always gotta be more successful. With more money comes more bills, and more bills comes with more other stuff. Everything gets more expensive.

How did you get 200K followers?
Promotion and a lot of people mess with me. Fans would shout me out on the internet, people would see it. Since they do that, a lot of people go and click my page. They see me on the Explore page, it just builds. I could see myself growing a really big fanbase.

What’s a normal day in the life? Walk us through.
Me? I’m boring. [chuckes] I don’t like to party, so I just chill at home. I like to be at home and cook.

3 things you need in the studio?
The aux, a Gatorade, and weed. The cool Blue Gatorade.

What would you be doing if you weren’t doing music?
My plan was to either become a nurse or to go into the military.

Dream collab?
I have two: The Weeknd and Lil Wayne.

Anything that you want to let us know?
I just wanna show people that I’m a good person. I’m really here for this music stuff, it’s not a joke. 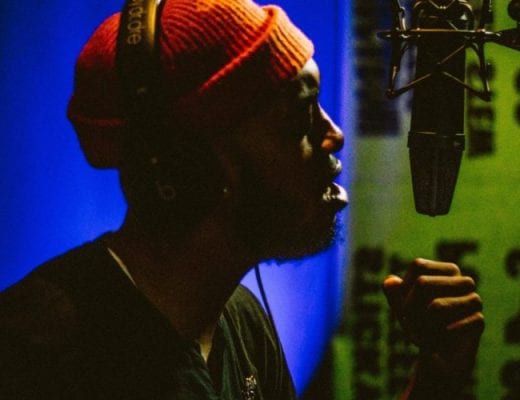 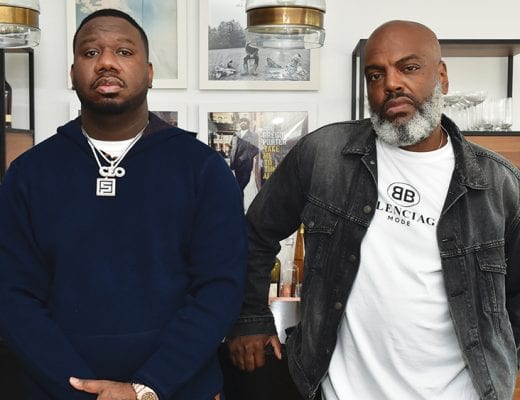 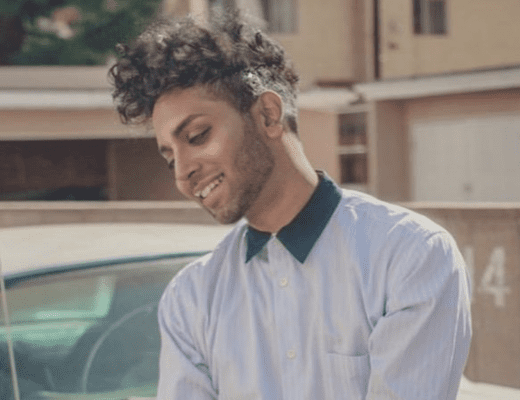