Patient Picasso has been making music daily for 15 years straight, and still feels like he’s just getting started. Most recently, he’s been blessed to work with West Coast legend YoYo on her forthcoming single over a decade: “Out Of Control.” Through this collaboration, he’s been featured on episodes of Love & Hip Hop and even a show on the E channel. Read more…

At the core, the Los Angeles native loves music, influenced by all the greats from Snoop Dogg to Ice Cube to Biggie. For someone who does everything on his own, including tattooing his entire right arm, Picasso proves you can make your dreams come through hard work, dedication, and passion. Most recently, he unleashed his new single “Clubin,” and plans to drop even more bangers for his growing fanbase.

For those who don’t know, who is Patient Picasso?
Patient Picasso is a songwriter, producer, audio engineer, graphic designer, tattoo artist. A jack of all trades.

How would you describe your sound?
Exotic. Definitely West Coast. Just free, since it’s me doing all of the production.

Why should people fuck w/ you?
People should really fuck with me because there’s no other artist doing it how I do it, from start to finish! I say that because I don’t know too many other artists who are actually writing their own records, producing it as well, mixing their record, mastering their record, doing the album cover artwork for their records, and seeing it fully through.

Did you start off producing?
Yeah started off producing because growing up, I assumed that everyone I listened to on the radio actually produced their music. I didn’t know that for a long time. Once I did figure that out, I’m like oh okay, well it’s too late. Might as well continue doing what I do.

Being from South Central, LA, what were you seeing growing up?
The best thing to describe it is Boyz n the Hood, because that movie was real genuine to everyone growing up in urban communities. Just rough regular stuff: father’s not there, mom’s not there. Dad in and out of jail. The usual story you would hear from an artist like myself.

Bring us back to the days you were doing open mics & talent shows.
I just really wanted to be heard. It wasn’t about generating any revenue or anything. Wanting to be heard, that was my main goal.

Heard in what sense?
Just more people. I’ve dreamed of having fans recite the music as I would rap, having them sing along and so forth.

At what point did you realize this music thing was forreal?
It was in me since the 1st grade. I remember specifically, I was walking home one day and I freestyled to myself. This is only 1st grade. When I got home, I remembered the freestyle. From there, I knew it was something about this whole rapping, poetry, music thing.

What was the inspiration behind your name?
It was Patient for a long time by itself. It wasn’t until about 7 years ago when I added on Picasso because I’m really painting a full-on picture. I looked at it in a sense of “okay here’s a coloring book, color this in.” I’m the one who’s drawing the picture, painting it in, selecting the colors, and so forth. Wait a minute, I’m really Picasso. I’m painting pictures, I’m doing every aspect of the music myself.

You just unleashed “Clubin,” what inspired this one?
Just the everyday city life, being in LA and turning up. The music has changed so much. It used to be “okay, what’s the chillest music?” You had Bone Thugs. You had Snoop, Tupac. Now, everyone just wants to turn up. The music now has to give you a feel of “I want to move around and dance.” Even though I’m probably not gonna dance, I want to feel like I’m going to.

What are some goals yourself as an artist at this point of your career?
Definitely more television. More revenue. More good friends and genuine people around. I love good energy. I love your energy, more people like yourself. Just spread positive energy, that’s all me. My life is music, healthy living, exercise, and good vibes. This is me on the regular. [points to green juice] My manager gets annoyed with this.

Are you vegan? All of LA is vegan.
Not vegan, I just watch what I eat. Counting calories, watching my sodium intake, making sure I got my vitamins and minerals for the day.

Who’s your favorite person to follow on IG?
I follow The Shade Room a lot. I watch them. Love & Hip Hop, I follow their page as well. A particular person, probably YoYo. I’m always watching her page, I like her stuff. She’ll call me, it’ll be 1:30am so I gotta sign in. I never hop on for anyone but YoYo. I’m just honored. Even though she don’t treat me like a fan or anything, I’m still honored that she’s so humble and down-to-earth. Whatever she needs or wants, I got her.

What’s a normal day in the life? Walk us through.
Get up, brush my teeth, hop in the shower. I’ll most likely twist a Swisher or Backwood. I’ll workout before smoking. I’ll have some breakfast, usually baby spinach or kale. Then I’ll hit the studio. I have a home studio so I’m always in it. I’m always creating, producing, doing a lot of hooks and beats for other people. Always working, I’m usually out there 6 to 8 hours everyday. After that, I’m chilling. If it’s a Monday night, I’ll cut everything short till about 7pm that way I’m catching LNHH. This is real, no cap. Outside of that, I just chill and listen to my music.

3 things you need in the studio?
Cannabis. Water. Either water or smoothie, I usually like to have a banana smoothie or a watermelon mixed with strawberry. You gotta try it, it tastes like an alcoholic beverage. Those two things, and my cell phone of course. I have to have my cell phone. I’ll come up with an idea and just recite it into my phone. I’ll load up the beat I produced and mixed, then I get busy.

What would you be doing if you weren’t doing music?
That’s a hard one. Probably everything I do outside of not doing music: healthy living, exercising. Probably be into fitness. Oh, acting!

Are we gonna see you on the big screen?
You may see me on the big screen. My first debut is definitely Love & Hip Hop. Even though I’m not acting on there, I do have a lot of passion for acting and entertainment overall.

Favorite song to perform in a set?
It would still be “In My Vibe,” simply because I was blessed with an opportunity from iHeartRadio. That song was picked up for a jingle. It’s still currently running the #1 jingle on Real 92.3 for Toyota, so that’s my favorite record.

What’s the best encounter you had with a fan?
I had a fan want to offer me money just because, I didn’t even have any CDs or anything. They’re like “ man I just want to support you.” I’m like “I can’t accept the money.” They’re like “I love you, I been watching you. Been following your movement, you’re dope!” This that and the third. It’s a lot to take in when you feel you still have more to accomplish, versus all the other artists who are a little more advanced in their careers.

Most played artist on your phone?
Outside of myself? It’s crazy, I’m all over the board. I genuinely listen to everyone. Right now, I have E-40 in my playlist. Pierre, RJ, Mozzy, LL Cool J. Even still have Kid Frost, 2nd II None, Snoop, Warren G. I still love all old school stuff. Those old songs I came up listening to, can’t let those go. Those are there always. Of course, I have YoYo on there. 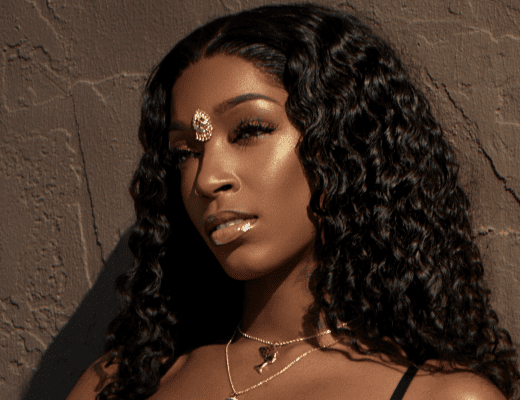 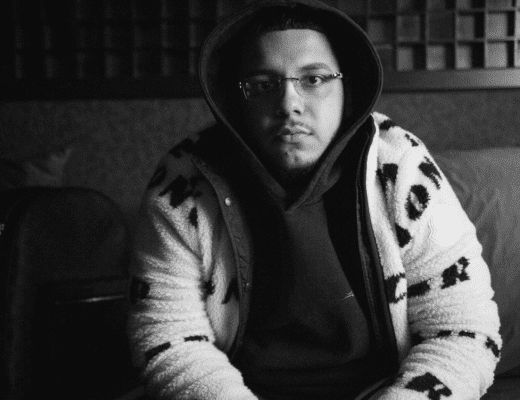