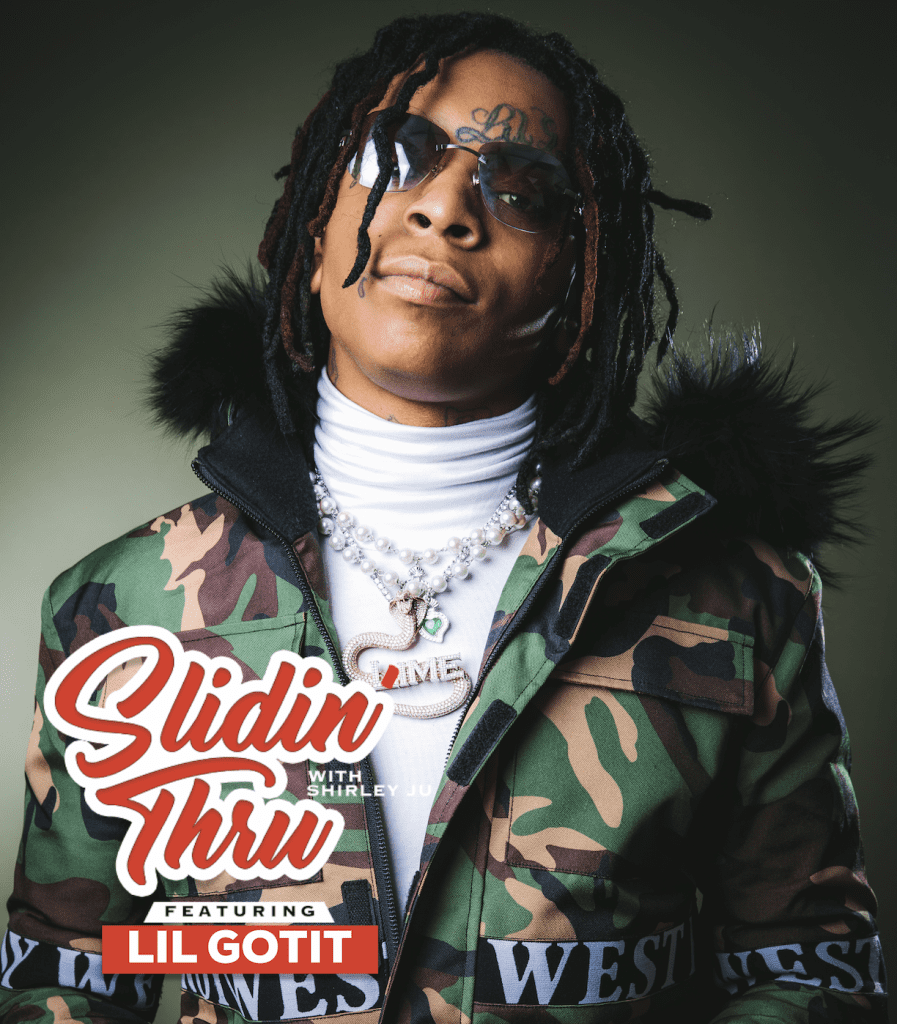 Lil Gotit is ready to take this rap game by storm, delivering hard-hitting street anthems and bangers for audiences all around the world. Hailing from Atlanta and coming up alongside brother Lil Keed, the 20-year-old is inspired by the struggle and real-life experiences that play a huge factor into the man he is today. Read more…

Signed to Alamo Records and breaking out with hit single “Da Real HoodBabies” featuring Lil Baby, Gotit racks in millions of views which each release. Some even predict him and Lil Keed having the same trajectory as Young Thug and Gunna did when they first came up. Most recently, he unleashed his new project titled The Real GOAT, proving why he’s the best at what he does.

For those who don’t know, who is Lil Gotit?
Lil Gotit is a superstar from the hood. He’s hood famous, that’s who Lil Gotit is. Hood baby.

How would you describe your sound?
Rare. A little different, nobody got my voice. I got my own voice. We ain’t got the same voice.

Did your face tattoo hurt?
Nuh uh, that was my first tattoo. I was 16, it was my birthday. My mom didn’t care, I had a tattoo party at her house.

Talk about being a Real Hood Baby.
It’s real, and I don’t hold my tongue for nobody. I’m a real hood baby, I can’t control it.

How important is it to come to LA as an up and coming artist?
Everybody gotta come to LA, it’s something you got to do. Every artist has to do it. I never thought I’d come to LA. I’ve came here about five times: tapes, video shoots, vacation sometimes. I’ve been to LA five times this year, back and forth. It starts becoming a habit.

I’m trying to go to Atlanta.
I can’t stand Atlanta. I love my hometown, but not being out there. That shit’s boring.

What’s your favorite part about the West Coast?
The clothes, the drip, the weed. I don’t smoke like that though. I’ll take a hit about two times then I pass it. I don’t like getting too high.

How’s it feel being one of the next up out of the city?
It feels good. Sometimes you feel good. I ain’t really be thinking about it, I’m just trying to blow up. That’s all I’m worried about.

What’s it gonna take to get there?
Hard work, always.

How did you get your name?
I had longer name, then I had to shorten it. Lil Maja Gotit, but I made Lil Gotit ‘cause the name was too long. Before it becomes “we got it.” Slime calls me Slatt Gotit. Some folks call me by my nickname Maja, my family calls me by my first name Semaja.

You just dropped “Oh Ok.” Was this influenced by Gunna’s “Oh Okay” at all?
Yeah, hell yeah. I don’t know, I just be making music. I make any type of music. It’s gonna be hard though. I just like vibes, that’s what I listen for. That’s all.

You just dropped the “Now” video. What was the best memory shooting that one?
We were having fun in there. We were in there going stupid. There wasn’t even no plan for a video, we just called the cameraman. It was a pull up type video. None of my video shoots be planned unless the label got something to do with it.

What is it you want fans to get from your story?
Same as they been going. Keep going. It aint no different, it’s just the same technique. Everyone coming from nothing. I ain’t going to lie and say my life is different. Some folks be lying like where they come from. Everyone come from nothing, some folks don’t.

What can we expect from The Real GOAT?
It’s already out, we leaked it. It’s not even a mixtape, it’s an EP. I wanted to leak it, folks love that shit. ‘Cause I ain’t dropped music in so long, I wanted them to hear it. I’ve been in the studio just saving music.

Being only 20, what are some goals yourself as an artist at this point of your career?
To be listened to and be a millionaire by 21. I’m drunk as hell, lightweight. We been drunk as hell since we came from Atlanta. I’ve been drinking Henny shots in Atlanta, shots on the plane.

Have you slept?
Little bit, probably two or three hours. Still drink from that, hours ago.

What inspires you creatively?
I’m smart. Me and my brother, we smart.

Talk about being brothers with Lil Keed!
It might be special to ya’ll, but it ain’t nothing to us. We real brothers, we just don’t look alike I guess. We’re one-year part, I was the first one to do music, he was playing sports. Then I had taught him how I used to rap, and we started making music together. We started doing our own shit. We both got here at the same time, that shit crazy.

What’s the dynamic in the studio with him?
We be vibed out, definitely. Happy vibes. Family vibes, like other folks wouldn’t know.

Favorite person to follow on IG?
Gunna. He’s like a pops to me, like a father. He be telling me all the right shit, I love Gunna. He’s my favorite person of all, everything-wise. That’s family.

3 things you need in the studio?
Drugs. My brothers be in there so they be wanting females. And food. We eat whatever. I eat a lot of hot chips, I like hot stuff. [points to spicy noodles]

What’s the best encounter you had with a fan?
Them passing out. I was on stage, we were on the tour. Me and Keed were performing at a show at The Observatory in the OC. It was the first time I performed, we brought Trippie Redd out. He was the first fan to faint.

Dream collab?
If I could have any rapper, probably Drake. Whoever fucks with me, I’ll collab with them.

Anything else you want to let us know?
I’m the greatest rapper fasho.

You gonna take over Thugger?
He don’t gotta do nothing. We gon’ have it where he’ll just be good. Me and Keed gon’ run everything. 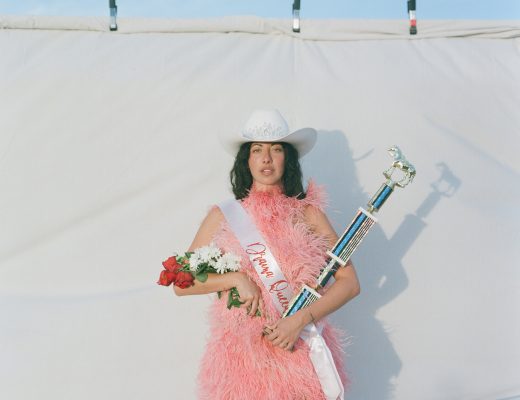 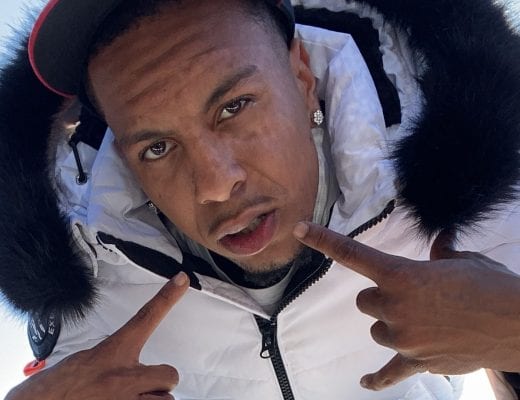 Frostydasnowmann Is Free & Back in First Place