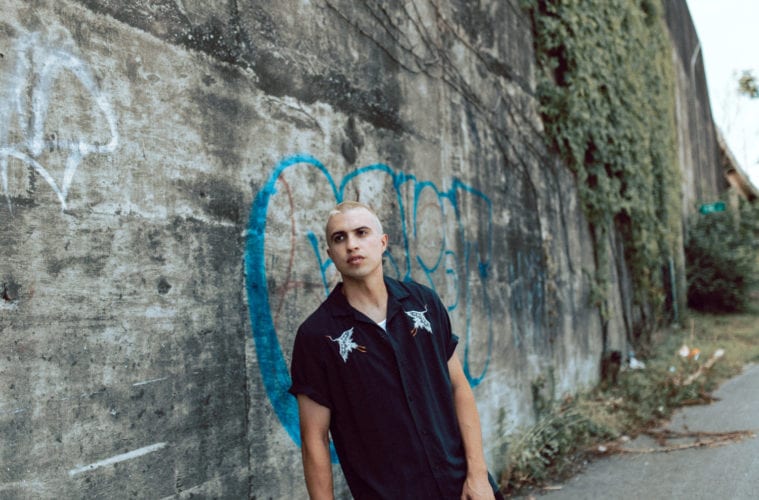 It’s not everyday you get to open for NF, shutting down stages in front of thousands all across the world. Insert Kyd The Band, who is currently living out his dream on the road, with the opportunity to reach a whole new demographic when it comes to music. Real name Devin Guisande comes from humble beginnings, a multi-talented singer, songwriter and musician who like most, had to struggle before getting his first taste of success.A young Devin grew up in an extremely strict household, singing as part of the Pentecostal Church. His parents didn’t allow him to watch television or even listen to music outside of the church until he was 18 years old. Pushing through those obstacles of finding one’s self, he eventually discovered his love for all different sounds and genres, combining the likes of pop, hip-hop, R&B and rock.

Currently signed to Sony Music/Four Music, Kyd The Band arrived as a project between Devin and his blood brother Kyle. The first two letters of “Ky” and first letter “d” from Devin fuzed into one, tacking on “The Band” at the end. While he has since split and embarked on his own solo journey (parting ways two years ago), the name is a forever reminder that his brother was a huge part of who Kyd The Band is today — symbolizing who they are while staying true to their story.

Irvine Weekly caught up with Devin to chat about his journey from Sacramento to Nashville to Los Angeles, the creation of “Easy,” and his relationship with NF and love for the O.C.

What’s the best part of being a solo artist?

[chuckles] All of the creative controls fall on you. I remember my first band was five people, that’s a lot of personality and a lot of opinions to have to filter through. When it was my brother and I, it was a lot better because for the most part we’re always on the same page. But it’s still someone else’s opinion and that’s 50 percent of the equation. At first, it sucked not having him because I never imagined doing music without him or on my own. Now, I’m the one calling the shots and it falls on me. I really like that.

I try to say urban rock. I don’t know if that’s a thing, I’ve never heard anyone use it. But I’m influenced by ‘90s alternative music, bands like Sublime, Red Hot Chili Peppers, the Gorillaz. I like ‘90s hip-hop too, so it’s kind of a mesh thing. There’s a lot of rock-driven guitar melodies, but then there’s a lot of hip-hop sampled drums and programming. Melodically, it can be a little rap-y at times.

Being from Sacramento, what made you come to SoCal?

When I first left home, it was my first venture out on my own. I just wanted to get far away from where I was raised and how I was raised. I moved to Bakersfield first because my grandma lived there, and that’s a terrible place. [chuckles] You should just keep driving, there’s nothing there. Lived there for two or three months. I started writing songs before then, I’m like “I might as well move to L.A. (an hour and a half over the hill) and try to find myself.” I did that. I didn’t know anybody, I didn’t have anything. I had my bed that was folded up in my car and a hamper, that was it.

What part of L.A. did you come to?

My first apartment was on Fuller in Hollywood, in front of Runyon Canyon. I hated that. [chuckles] A bad decision because it’s such a loud building. I got a job as an assistant to a real estate agent in West Hollywood, I was just constantly on that side of the hill. It was a little too busy and loud for me, so then I moved to Toluca Lake.

At what point did you realize the music thing was forreal?

Well I was writing a lot, trying to make something happen. In L.A., nothing was really happening. My family had moved from Northern California to Washington state so my safety, my cushion of them being there — my seven-hour drive was gone. I didn’t have anybody. I was miserable. Then I moved to Nashville. I’d been there once with my brother to write music and really liked it. I had second cousins there too so I decided to move there a few years ago and absolutely fell in love with it.

My brother moved out a year into me being there. We were working full-time jobs, I was working again as an assistant to a real estate agent. He was working at GameStop. We just had my car, I’d take him to work in the morning then I’d go to work. I’d go pick him up, we go home and write at night. Finally two years into being there, we got a publishing deal that allowed us to go full-time into music.

“Easy” is such a beautiful song. Bring us back to when you first wrote it.

The very first week of my publishing deal, our very first co-write was with this girl named Elley Duhe. At the time she had just moved to L.A., didn’t really have anything on. We didn’t have anything going on with the band, but it was the first week of doing music full-time. That was a really profound moment for me because I’d been working for years to get to that point. I came in with this chorus idea already written: “life is a hustle…”

I just wanted to write something that recapped my journey to that point: leaving the church I was raised at, how I was raised, going into music full-time, walking away from my family and friends, everything. Just the obstacles I had to overcome to get to that. I wanted to remind myself of those things and never forget it. We wrote “Easy” and somehow through a friend, it got sent to NF. NF originally wanted the chorus and couldn’t make that work, so he took the verses we’d written from that original demo and made that a song called “10 Feet Down” (he put out on his last record). I had this chorus and Elley’s vocals, I’ve always been trying to find a time to use it. So when I got my record deal, I wrote new verses to it and it ended up becoming what it is now. I’m so glad that it worked out the way it did.

Talk about your relationship with NF and opening for him, who’s so talented.

Well pushing that song was the first time we interacted with each other. It’s funny because my wife (girlfriend at the time) and his wife (girlfriend at the time) were friends before he and I were friends, so we’ve had these different points of connections. He ended up using that song, then I went on his Therapy Session tour with him two and a half years ago. When this came around and it made sense, he asked me to join.

It’s been really cool. What’s really special about this tour is that his fanbase is very dedicated, they’re very committed. They show up early. It’s 10 a.m. or 11 a.m., they start lining up. So by the time I go on, the room’s 99 percent full. It’s wild. As an opener, it’s amazing. You dream of that. They’ve been real receptive to me and very welcoming so I’ve been really thankful and grateful. He’s the type of act because his fans are so dedicated, he puts his stamp of approval on something and they just are into it. It’s been really, really cool.

What has been the best memory on tour?

Probably Red Rocks, which we played last week. That was a dream come true. I’ve only seen that on the internet, I’ve always watched a ton of videos and thought “man it’d be cool to visit there one day, just to see it.” The fact that I got to open there and be in front of 9,000 people was amazing.

What are you most excited for with the two Anaheim shows coming up?

I love California shows because they’re such a different vibe. Just the West Coast (California, especially), it’s a completely different vibe from the rest of the country. You know that living there, I know that being based there. With Anaheim, I grew up going to Disneyland. I lived in L.A., it’s a very special type of terrain for me because I’m going to have all of the memories of living in L.A., that were mostly kind of bad. [chuckles] Those will be coming back. Just to come back in a lot better place psychologically, emotionally and physically is really exciting to do.

What’s your favorite part about the O.C.?

I wish I had spent more time there. I went to Orange one time, I visited a church there maybe six years ago. I’d have to say it’s Disneyland/California Adventure, a specific ride actually. The ride that’s soaring over California, the one where they have the scented air that blows on you. That’s probably my favorite part of the O.C. [chuckles]

Talk about playing piano, drums and all that you do musically.

Well I grew up as a drummer, playing drums in church. I didn’t really ever think I was going to sing then when I was a teenager, I started singing in the choir. But I couldn’t do any of the harmony parts because they were too high for me so I’d just lip-sync, which is pointless if you’re in a choir. That was my first start to singing, I started doing it more. When my brother moved to Nashville, I started becoming interested in the guitar and a little bit of piano. Then when he left, I’m like “OK, great, this is all on me now. I can’t rely on him,” and all these moving parts.

I got more into guitar and started picking up bass. On this tour, I’m playing bass. I’m not playing piano on this run but it’s been really cool. Because there’s a pop element to my music but then there’s also a band feel to it. The rock element, being able to play bass on stuff is a cool moment. It’s funny because people react when I pick up the bass. On my first song, I don’t play bass. Then I’ll pick up bass, they’re like “oh great, he’s going to pick up the bass.” [chuckles]

From my story, I want people to realize that no matter where you come from, how you were raised, your friends or family, whatever it is, there comes a time in your life where you have to figure out who you are and decide to follow your passion. What you have in your heart. That can sometimes be the exact opposite of everything you came from, but you have to follow that. You only get one life, it’s important to follow what you believe in and what you’re passionate about. I hope kids who come across me if they’re experiencing the same thing, that they know they’re not alone. They can see somebody who’s maybe been where they’re at, walked that path a little bit, and hopefully inspire them to keep going.

Kyd The Band opens for NF at House of Blues in Anaheim on October 24 and 25. 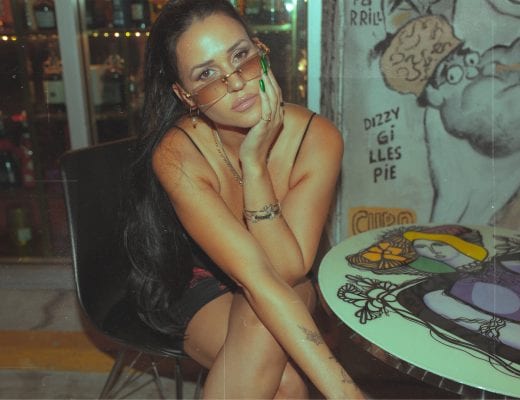 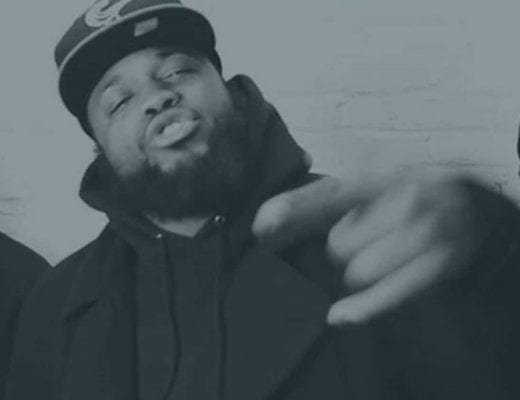 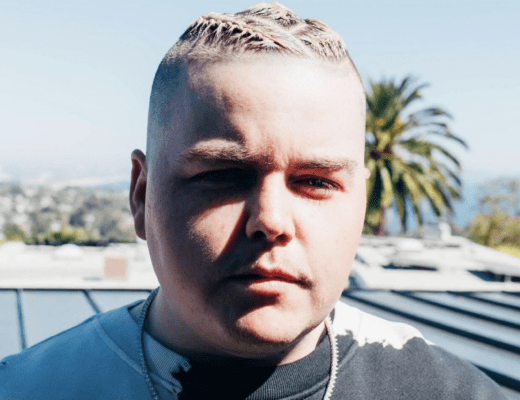