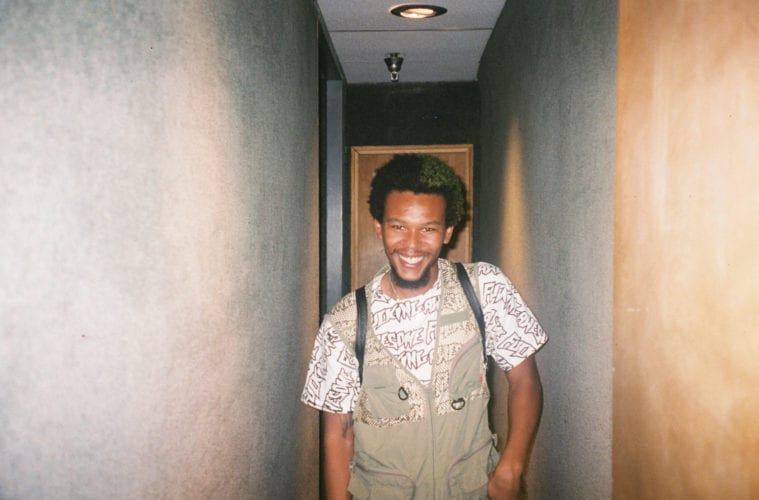 You may have seen Na-kel Smith on the big screen as a skateboarder in Mid90s, but way before his role in the Jonah Hill-directed movie the rapper-turned-actor was skateboarding all over the city, turning pro around four years ago.

Beyond the surface level endeavors, the Odd Future affiliate describes himself as “a person, learner and student of life.” Growing up right on King and Western in South Central, he’s seen it all. “I’ve seen a bunch of shit I probably shouldn’t have, early,” he told L.A. Weekly. “When it’s the life you live, it makes it less weird, less foreign.” While skating deterred him from getting in trouble in the streets, he experienced every aspect of the spectrum, “from the fucked-up shit to the pretty good shit.”

Smith arrives in downtown Los Angeles expressing how his Monday was “stressful,” something you wouldn’t expect from skateboarding. But it’s actually the pressure he puts on himself, attempting to do a trick for hours, only to have to conquer another one the day after. While he lists skating as his #1, music has actually been around for much longer. It was his feature on Tyler, The Creator’s debut studio album Wolf that solidified his potential and gave him the confidence to full-on pursue a rap career.

Most recently, he unleashed his new seven-track EP 3000NAKTEEN, a project he’s clearly proud of. However, though he says that music has been a part of his life for longer, skateboarding is his first love.

“Everything in life is a decision, certain things guide you to make the decisions you make,” he says. “Some people might see a rapper and say, ‘This dude has got all the cars, the money, the jewelry — I want this.’ Somebody might see a basketball player and be like, ‘Damn, he took the last shot, the whole stadium’s cheering his name. That feeling must be so great.’ Those things guide you to make decisions, but you still have to make a choice to follow through. Skating was my first love, it was mine and mine only. Nobody really understood the relationship between me and a skateboard. Not even my parents, not my friends, nobody.”

Still, it would be a mistake to think that he doesn’t take his music seriously. Working with Tyler, the Creator had a huge effect on the man.

“I’d done literally two songs with my friends, one was with Tyler and that shit was on Wolf,” he says. “That was the first song I ever recorded, he asked me to do it. He said, ‘Oh I got a song, I want you and Lucas to get on.’ Because we would freestyle all the time for fun, just stupid shit. We did that then it came out, I’m like, ‘What the fuck? I’m on a real-ass album!’ Look at where Tyler is now but even back then, not on some ‘I already knew he was going to be big,’ but he’s so great at what he does. I’m like, ‘Damn, my voice is a part of this whole thing.’ That shit’s crazy to me. I was trippin’ on that, but I didn’t want to be a rapper then.”

Our conversation takes an interesting turn when Smith starts talking about his friendship with Earl Sweatshirt and a particularly eventful recording session.

Five minutes about taking the tab, Smith received a text message telling him that one of his friends had been shot.

“The acid starts kicking in I’m laughing, I’m crying,” he says. “I’m feeling positive about everything: ‘There’s nothing you can do, that’s life.’ But I’m also going through the other end of it, I’m fucked up. I had to call my friend’s mom. I was scared to talk to her. I’m like, ‘I can’t begin to comprehend how you feel right now.’ I was trying to say something to help in any way I could. It was crazy, I’m just sitting there in the studio.”

As for marijuana, Smith says that his parents smoked so he was initially reluctant. He started when he was about 15.

“We started going to the homie’s brother’s house to go buy some weed for $5,” he says. “On God, we used to piece up to get a $5 sack. I’m talking about change, all that. We’d smoke three bowls then be dumb faded, painting. We listened to this Alice Cooper CD, Jimi Hendrix CD. We’d be in there being real super stereotypical stoners.”

Much like his scene in Mid90s, which he says helped his career immensely.

“It made me a lot more well-known,” he says. “It taught me a whole different lane I could tap into, that I didn’t think or believe I could. That’s dope, that made me happy. It did open a lot of doors. Nobody really understands skating, but people understand when they see somebody in a movie — and it’s a movie in movie theaters. It’s like damn, you’re doing it! And you’re getting paid. When somebody has to buy a ticket and they see you, they’re like ‘What the fuck?’”

This weekend, Smith performs at Camp Flog Gnaw, a festival that he says means a lot to him because of the involvement of his friends.

“[This is] my first time performing as myself,” he says. “Going from the very first one, I’ll be on stage turning up, stage diving, jumping into the crowd. Especially because I didn’t really see [making music] in my plans. It makes me happy. As hands on as Tyler is, if he didn’t fuck with someone, he’d be like ‘no this can’t happen.’ So he must fuck with me. It’s a lot of people there so that’s a look.” 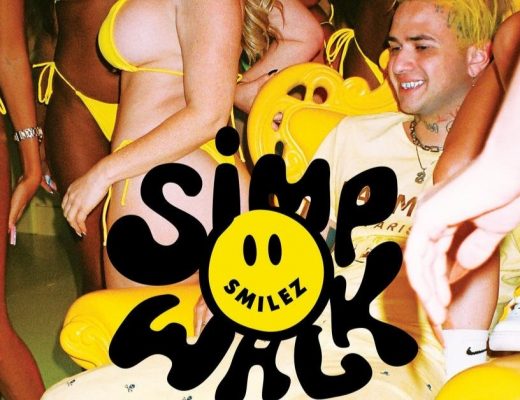 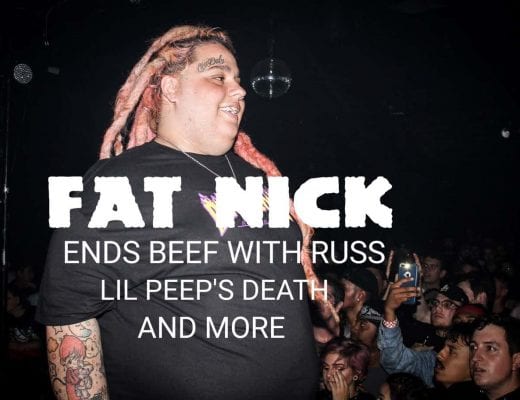 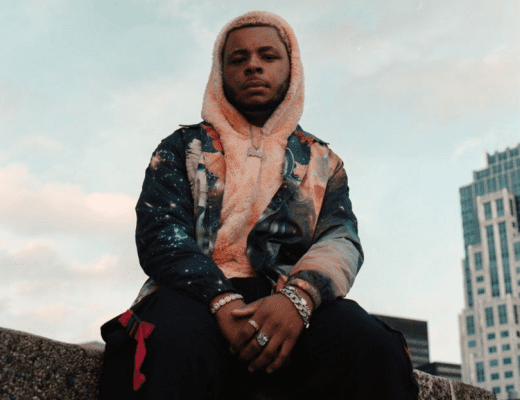