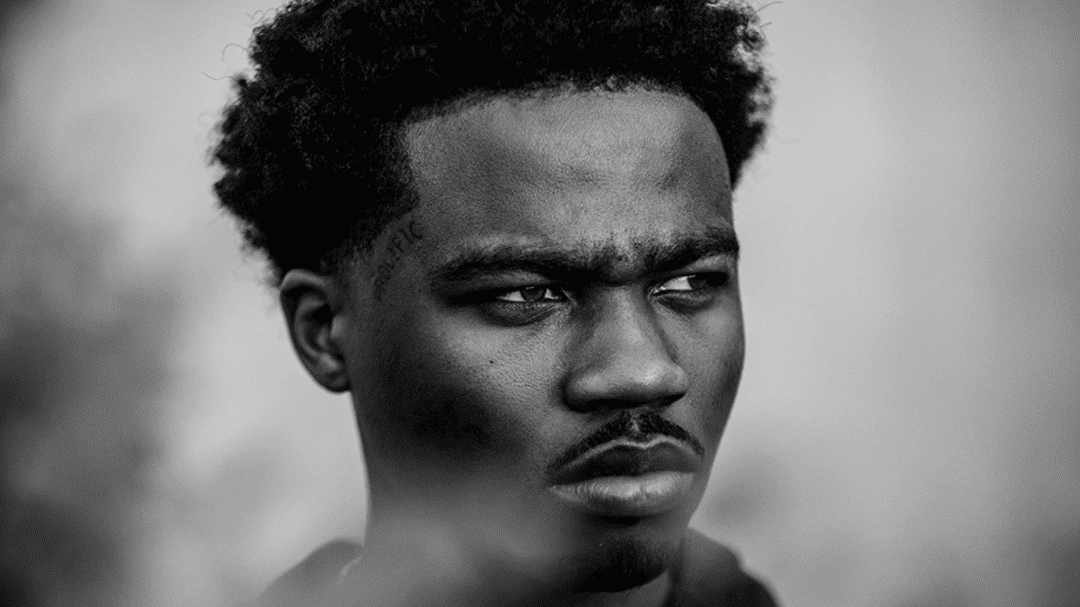 Roddy Ricch went from zero Grammy nominations to three literally overnight. The Compton-born, Atlanta-raised  rapper was recognized for his blend of melody and hip-hop, riding a lane of trap rap that’s taken over the streets and beyond.

After his first mixtape, “Feed Tha Streets,” Roddy unleashed the London on da Track-produced “Die Young” in July 2018 and was on his way to a total 201 million-plus streams in the U.S. The song paid tribute to rap legends gone too soon. He penned it the day XXXTentacion was murdered.

A year later, Roddy was collaborating with Marshmello (on “Project Dreams”) and earning two of his three Grammy nominations for his work with the late Nipsey Hussle — “Racks In The Middle” is up for best rap song and best rap performance. The song’s music video hails over 115 million views on YouTube and counting.

grammy nominated in the studio shedding tears, all this money power fame but i can’t make u reappear 😪@NipseyHussle

Sharing to his 317,000 followers on Twitter, Roddy tweeted one of Nipsey’s standout lines from the song: Grammy “nominated in the studio shedding tears, all this money power fame but i can’t make u reappear 😪@NipseyHussle.” Roddy’s third nomination is for a collaboration with DJ Mustard on the “Perfect Ten” track “Ballin’,” which has racked up over 67 million Spotify streams in less than five months.

Also on deck: Roddy’s Audiomack Trap Symphony performance, taped at the Peppermint Club in November, which is slated for release the week of 12/11. Variety spoke to a smiling Roddy soon after he got word of his nominations.

Three Grammy nominations in one year? Congrats! How are you feeling?
I’m good. Feeling cool, blessed. First year out, thank God. I just make the music and then the music speaks for itself.

What is it about “Racks In The Middle” that resonated with listeners?
It just had a street impact. It was organically moving through the streets, so that’s how I feel it initially gained its popularity. Then it just spread like wildfire. It’s a bittersweet thing as far as a Grammy, but it’s a good thing. It’s cool.

I was told that Nipsey was crying throughout the session as he was recording it. Can you bring us back to that?
He was real compassionate about what he was talking about — real stories, and that’s why the song actually came together because he heard the hook and just connected with it so well. It was a song we both felt. When he was writing his music, he really got into it. S–t happens.

Hit-Boy had the record first right?
Hit-Boy had it, I did it with him. He had recorded a verse already but the last verse, the one he got a little emotional with, that was the one he was working on while we were there. That was the first and only song we recorded that night. The first song me and Nip ever did too, so it’s just crazy.

When did you first meet Nipsey?
I met him plenty of times, before anything. He’d be in the streets for real. If he was certain places and you see him, he’d say what’s up. It wasn’t the Marathon store at the time but that shopping center, I believe something was going on in that neighborhood and I met him as a young kid. Always seen him around. As I got older and grown into my own, then the relationship created. I was maybe 18 when I officially hung out with him, then just grew from there.

How long before you guys made music together?
A long time. A lot of my friends… like me and Meek, I got more songs with other people than I do with Meek. But me and Meek were together every day at one point. Music is always the thing, it be other s–t. We tap into our mindset more than just trying to do music all the time.

What did you learn from Nipsey?
Just in his actions, he really put his people in positions to win. Everybody around him felt the sense of needing to hustle and succeed, and that was a great attribute to have as a person. Or you can drive people around you to have added attributes to their personality, that’s a good characteristic. Not a lot of people can do that, when you can make other people shine greater than your light.

All your hits are off the dome?
I freestyle everything. It’s just in me. I feel the vibe and keep it going.

Congrats also on “Ballin’,” one of the greatest songs this year. At what point did you know that was a hit?
Thank you, appreciate it. I ain’t really perform it at festivals. I performed it at colleges at first, and that’s how I knew. At that point, it had reached about No. 30 on the Billboard charts. I just tested it, performed it, like, “f–k it.” Make it part of the set. And it went crazy.

What’s your relationship with Mustard?
He’s one of my big brothers in this s–t — helping me out as far as learning different things about production too. Just always keeping me willing to learn.

I mean, it’s what the job description entails when you talk about being a man in your family or someone who wants to lead the team. It could be people getting sick in your family and you feel like you’ve been getting so much money, you can save them or help them. But in reality, that stuff doesn’t save people. Money doesn’t change fate. He helps you to deal with that, helps you understand that life is going to go on. There’s always going to be a time where you’re going to be struggling, but you’ll always bounce back and keep it pushing.

At an Audiomack performance in Los Angeles last month, you mentioned how you lost your best friend in a high speed chase but he got to hear “Die Young.” How did you cope?
My music is really my therapy. I really lay all my feelings into the songs, and really just leave ‘em there. I don’t carry that weight when I’m going throughout life. I’m not sad all the time. A lot of people think my face is serious but i just be thinking and s–t. I don’t mean to be intimidating or aggressive. That’s just me, I be in my own zone. I don’t really smile much.

At what point did you know you could sing?
I don’t really sing… I just hear notes so I know what it’s supposed to sound like, if that makes sense. You ever hear someone try to teach a choir how to sing, but they can’t sing? That’s me.

Can you explain the meaning behind your album title, “Please Excuse Me For Being Anti Social?”
I mean, this is what people label me as: anti-social. Because I don’t really talk much. I talk to people I know, but as far as strangers or being at parties, you’ll never catch me. Just clubbing or partying out, I don’t do that type of s–t.

Do you think this title will help people back off you more?
I feel like it’ll give people a label, where they’ll be like “okay Roddy, he’s not an asshole or a dick. He’s anti-social.” So they won’t just label me as, “he’s this, he’s that.”

What did it mean to link with Gunna on “Start Wit Me”?
I really f–k with Gunna. We got a close relationship [where] I talk to him almost everyday. Just coming out here [to L.A.] , we just caught a vibe. We f–k with each other tough.

Can you talk about the bond that you and Meek share?
We have a cool relationship. He understands that I’m an artist, I grow at my own pace. I do my own thing. I got my own program I run, so he respects that and I appreciate him for that. He moreso tells me s–t that he went through back when he was younger, so I don’t make those same mistakes. He’s a good dude.

Do you feel like you gained dance music fans from your collab with Marshmello?
I don’t really look into that s–t, but I know it’s a good song. It really reached the masses. I did it at Ultra and it was lit.

You can cross Grammy nomination off your to-do list. What are some other goals you’ve set for yourself ? I want to walk on the moon one day. F–k it, that’s a goal. S–t, I want to go past the stars — metaphorically speaking. I want to do whatever I’m supposed to be doing. I’m already beyond the clouds just from where I came from. I’m Grammy-nominated.

Is there anyone you haven’t worked with yet that you want to?
Billie Eilish. I was just looking at her s–t and I like her style. I need to dive deeper into her music, really understand it more. I’ve listened to a couple but I want to [listen to it more]. “Ocean Eyes” … that s–t’s fire. She’s hard. I want to tap into different stuff, figure it out. 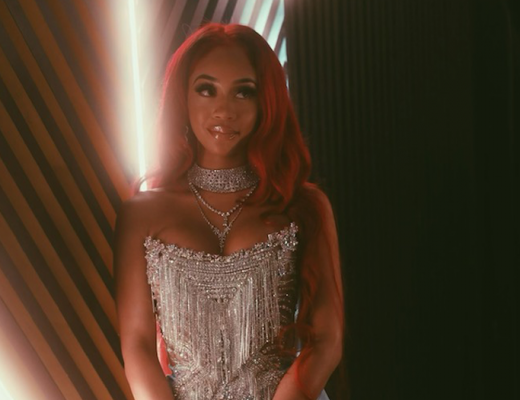 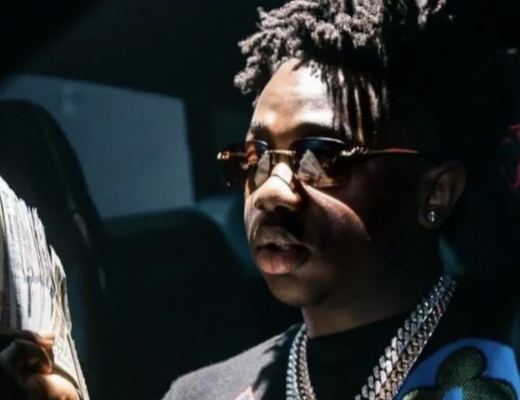