Casanova talks ‘Behind The Scars’ album, past 6ix9ine beef, signing to Roc Nation and more 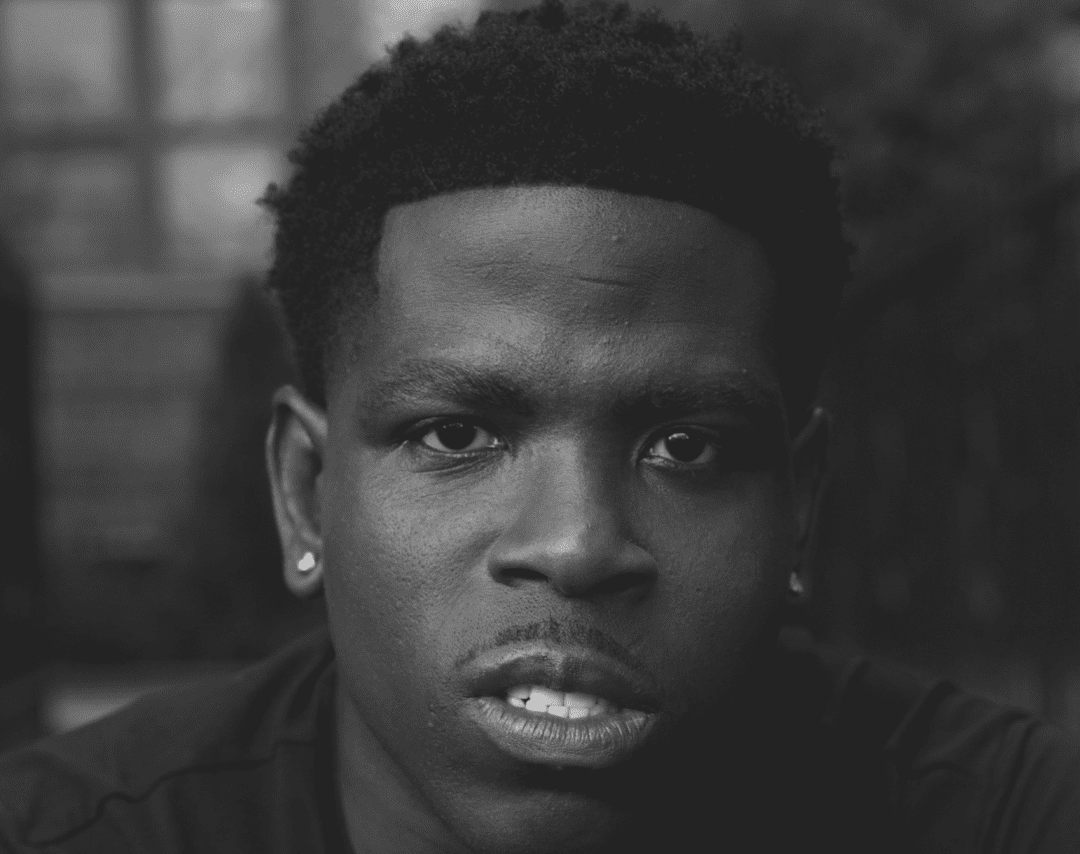 At the rate Casanova was going, he wasn’t supposed to make it. Describing himself as “just a kid from Brooklyn, who made a lot of mistakes in his life and that corrected them,” the Brooklyn native hails from the streets, and has overcome many trials and tribulations. Also referring to himself as a “transformed convict,” the Afro-Panamanian and Jamaican rapper knows his purpose is bigger than music. He’s a walking testimony for all those with dreams of making it out the mud.

Being born and raised in Flatbush has everything to do with the origin of his brash, aggressive, spitfire flows. But, music wasn’t always the end-be-all. A young Caswell Senior (the rapper’s birth name) began getting in trouble with the law and eventually dropped out of middle school. It was 2006 when a 19-year-old Cas was sent to prison for robbery and remained behind bars for the next eight years.

For anyone’s who’s been through it with the justice system, it’s hard not to immediately sympathize with his track “Jail Call” from his most recent project, Behind The Scars. But, this was a side of Cas fans haven’t seen before. The realness, the pain, the anguish in his lyrics spoke volumes within the hook alone.

On it, he reflects, “Have you ever thought of suicide on a jail call while your mother cryin’? She ain’t understand you had to ride /It was him or you, it was do or die / Pick up, I’m on a jail call.”

If it was up to Cas, the rest of the 10-track project would follow suit with the same theme: pain. But, the “big dogs” said otherwise. Instead, you get Cas declaring his place on lead single “So Brooklyn” featuring Fabolous; followed by two R&B bangers, “Woah” with Jeremih and “Coming Home” with Chris Brown, for the ladies.

Casanova’s originality has everything to do with his journey to Roc Nation, which signed him after just one song: “Don’t Run” in 2016. Fast forward to 2019, his confidence has grown exponentially — even airing out his thoughts on how Behind The Scars should have been way higher in the Billboard charts than it was.

REVOLT caught up with Casanova in Los Angeles to discuss the new project, conversations with JAY-Z, making up with 6ix9ine, and more. Check out the interview below!

Behind The Scars is one of my favorite rap projects that dropped this year. What do you make of it not landing on the Billboard charts?

Thank you, first and foremost. I think I did a great job. Without the clout-chasing and the going viral, you don’t get the type of airplay you should get. Of course, and without Roc Nation buying fake streams, etc. I just have to work. I’m okay with working.

In an era of social media algorithms and gimmicks, is real music given the opportunity to be heard or seen?

Without the gimmicks and without the trolling, real music gets overlooked because that’s how people find their music nowadays. ‘Who’s that? Who got beat up? Who beat somebody up? Oh yeah, we like his music.’ Or, ‘We don’t like his music.’ Without you being on blogs every other day, the music doesn’t go far. But, to core followers and core fans that really enjoy great music, sooner or later, I’ll be alright.

Bring us back to those days in the streets. What was going through your head then?

My days in the streets, I really wasn’t thinking. I didn’t care. I remember being down a lot. I didn’t really have any love in my household. So, I just went out and got love from being a gang member, being around people that were doing the same thing I was doing.

You say you made a lot of mistakes in your life. What were they?

Getting in trouble with the law. Trying to be accepted instead of respected. You got to live and learn, so I guess I lived and learned.

How hard or easy was it to walk away from the streets?

It wasn’t hard at all. It’s either jail or death, so rap saved my life. Once I saw I could feed my family without doing a crime, it was a no-brainer.

At what point did you realize this music thing could really take off?

When they started paying me for it. Once I started getting paid for shows. ‘Hold on, they’re giving me $3,000?’ I only wrote one song at the time. They’ll book me in the club, when I used to go to the club and spend $10,000 before the music. I was outside outside. When I looked at it, it’s like, ‘So, you want to book me to do something that I would do anyway?’ Throw money and enjoy myself. Then I said, ‘You know what? Let me take this serious.’ The money’s not fast like street money, but it’s safe.

What did it mean to get Fabolous on ‘So Brooklyn’?

It meant everything because right after JAY-Z — it’s JAY-Z, Biggie, and then Fab as far as Brooklyn. Definitely. Then, it’s me (chuckles). Fab is definitely Brooklyn. He’s been reppin’ Brooklyn for a long time, standing strong. He never went with the gimmicks, he never tried to fit in. He held Brooklyn down for a long time.

How much of an influence did Fab have on your career?

A lot. I bumped him growing up. When he was young, he always dealt with fashion with the jerseys. He had the jerseys on a lot. Fab’s been the GOAT from back in the day.

What certifies you at the top under Hov, Biggie, and Fab?

Talk about getting Gunna & Thugger on ‘So Drippy.’

That was dope actually. I had the hook and just from being in the studio with Gunna, Thug, and Lil Baby; I kind of copied their cadence. I was so excited to show them I was singing on the hook. As soon as I played it, Gunna jumped right on it. Then, Thug did the ad libs. I’m like ‘Oh, this is dope.’ They’re amazing, man. They know how to take music to a different level.

Was it hard for you at all? They spit so fast.

Yeah, and they know how to slow it down and fit in the pocket. It wasn’t really hard for me. I just copied off of them.

I like how they stick together. Everybody eats off of everybody. Everybody uses everybody to succeed. It’s not New York where you have a top artist and they’re like, ‘Nah, we ain’t doing nothing with you.’

It was so dope that you got Giggs to close out the project.

Giggs is an amazing artist, man. He’s my partner. He talks to me a lot, even after we did the video. Even with the album, he’s like, ‘Cas, don’t worry, man. Don’t worry about numbers, the streets are going to love it.’ He always pushed me to do positive things. I respect him a lot. He’s like a big brother.

How did that come about?

Organically. We started following each other, then I put a snippet of the record up. He’s like, ‘Yo I want get on it. I love that.’ I’m like, ‘Alright.’ I just gave him a shot and he killed it.

‘Jail Call’ is incredibly personal. What was your mom’s reaction to the record?

My mom’s? I don’t know. She doesn’t listen to rap music. That’s just how it goes.

What’s your relationship with her?

We cool. I just learn to live with it. We ain’t got no beef. She listens to church music. She gives her life to God.

What are your thoughts on the justice system?

They need to start from the juvenile justice system. People need to speak about what really goes on in jail. Not the good parts, not the tough parts, but you’re missing out on your family. You’re losing your family, everybody abandoning you. Mental illness, depression, stuff like that. More people need to get together and show it’s not cool because from the outside looking in, the kids think it’s cool. Then from there, once they get in the system, it’s too late.

What ultimately made you want to make up with 6ix9ine?

Truthfully, I felt like I was going to self-destruct. I couldn’t win on the internet. I couldn’t, the internet is crazy. In order to prove that I was the big bad wolf, I’d have to do something real bad and throw my career away. So, I weighed my options and said, ‘You know what? I don’t have nothing to prove to nobody. I did all my tough things years ago and I’m over that.’ I’m just happy I made that decision.

Do you feel sympathy for him given his situation?

Let’s talk about your recording process. Do you freestyle? Do you write?

I write. It takes me probably an hour to write a song. My hooks, I just freestyle my hooks. But then, I’ve been trying to put a little thought process in it. Then, I just change words a lot like, ‘Nah, it should say this’ because a good friend of mine, Taxstone, told me, ‘Nah, I expect you to say that. Say a different word.’ So now, I do it to myself. I challenge myself and just change words.

How long did the project take then?

The project took five to six months. I had a lot of songs on it. But, the top dog was like, ‘This is too sad. You have to put more fun songs on there.’

I could tell! The first song (‘Jail Call’) is deep.

Yeah, it was going all the way like that. But, I switched some songs, put some fun songs in there. I just tried to feed everybody, all the fans.

If it was up to you, would it have been…?

All pain. [The R&B radio friendly records], that’s what they wanted. But, it’s cool, I’ll get it the next album.

Are you already working on it?

I’m from Brooklyn man, it’s Hov. I’m with Hov. That’s a dream come true for me, especially being signed with only one song (‘Don’t Run’). So, that means they believed in me. 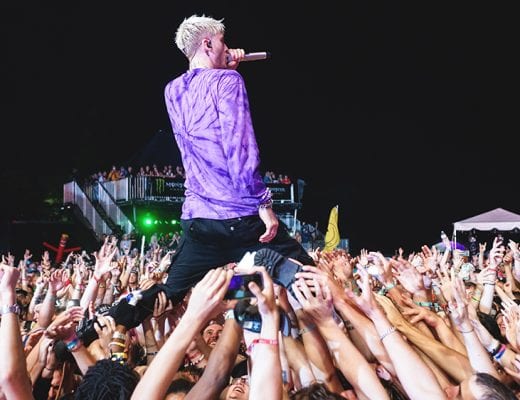