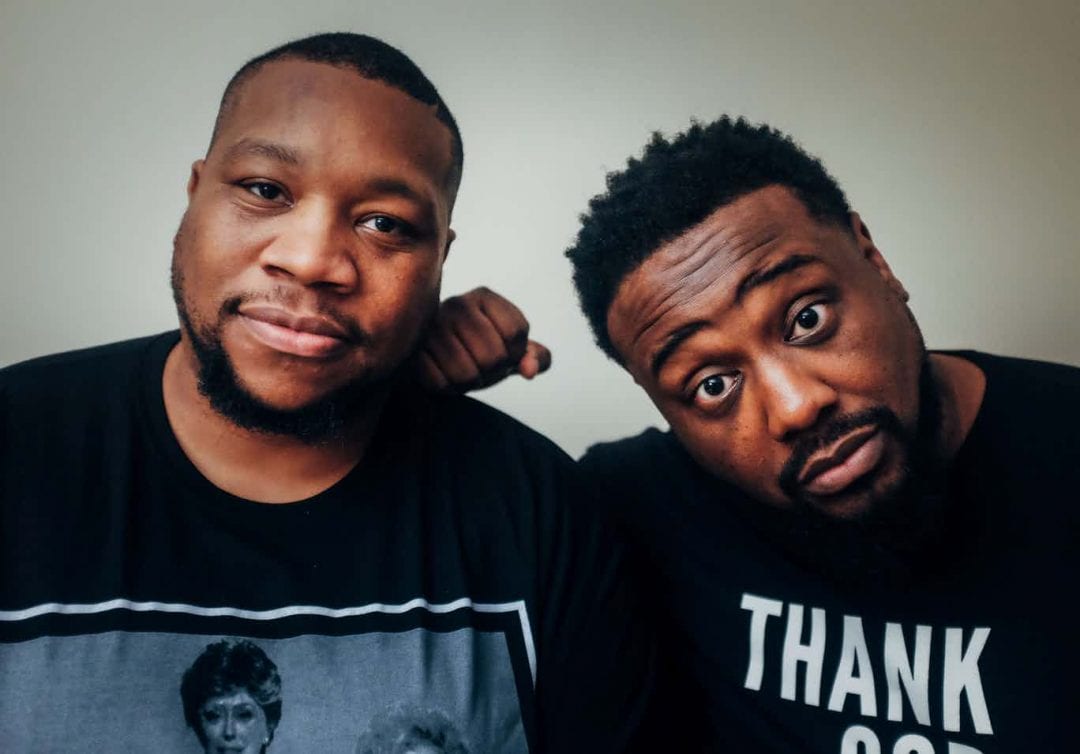 MCs Phonte and Big Pooh hail from Durham, North Carolina. They came into fruition alongside the talented 9th Wonder, but things didn’t pan out exactly as planned.

Allegedly, the three OGs chatted after their “Art of Cool” reunion show last year in Durham. But they mutually agreed it was best for LB to remain as a duo to rep the name Pooh and Phonte have carried since 2007.

Now, they return almost a whole decade later to unleash their first project since 2010’s critically-acclaimed Leftback, titled May the Lord Watch, via EMPIRE Records.

AllHipHop: How do you feel being lyrically sharp in a world where they often say lyrics don’t matter?

Phonte: Man… s##t. I feel like the kid that did the reading for the test and everybody else didn’t. I’m ready goddamn.

Pooh: [laughs] That’s funny. For me, I don’t feel a way. It’s just what I’ve always known. What I’ve always been told to do or known to do so I just do what I know. I don’t look at what other people are doing, I just know what I’m supposed to do and I get it done.

AllHipHop: Do you wish you could have rejoined with 9th Wonder?

Pooh: No. It didn’t work

Phonte: No. It didn’t work.

AllHipHop: Is there a possibility in him returning?

AllHipHop: Do you believe in Adult Contemporary Rap?

Phonte: Yeah, I mean it definitely is needed. The categorization is needed just to encompass all that hip-hop has become. Now that you have a lot of different lanes: you got the trap stuff, you got the vibe I guess whatever the young kids call it, then you have what we do and what cats in our lane does. I definitely think there’s a lane for what you would call adult contemporary hip-hop, just because no one thought that people in hip-hop would become adults. [chuckles] Nobody expected it to last this long so I definitely do think some categorization is needed to accomplish all the different lanes that you have.

Pooh: I believe in adult contemporary hip-hop and I believe that categories are necessary so people can see exactly what’s what. It prevents people from lumping everything in together and calling everything the same.

Pooh: You can see the different categories and know “okay I fit more here, as opposed to here.” I definitely think it’s necessary.

AllHipHop: How have you evolved since the early 2000s?

Pooh: I’ve evolved because I’m smarter. I don’t spend all my money on tennis shoes. [laughs] But nah, I’ve become a better artist. Just really taking the time to study the craft, work on the craft and get better. Allow constructive criticism into my life. That’s the only way you can really get better is when you allow the right people to critique what you’re doing so you can see, so you can step out. Because most people can’t step outside themselves to see what they need to improve on, so having that allows you to get better.

Phonte: He pretty much said it all.

AllHipHop: Do you still have a relationship with Beni B who signed y’all?

Phonte: No. We saw each other at the last show we did in the Bay. We saw him but no, we don’t have a relationship. He owe us money. He owe us bread.

Pooh: We don’t know. We in the process of counting it. He said he was going to make it right. I saw him, I looked that man dead in his eyes and was like “hey bro, you know what it is.” Not on no fighting s##t. I don’t like when people… if you owe me money and you can’t pay, you can’t pay it. But don’t try to talk to me like you don’t owe me money. Don’t try to talk to me like “hey man, how’s your family doing?” They’re doing pretty good but you know what would make them do even f##king better? I ain’t with all that s##t. Beni, he owes us money. He said he’s going to make it right, I’m going to hold that man to his word to make that s##t right.

AllHipHop: Phonte, has ghostwriting made you more money than traditional roads?

Phonte: First off, that’s a bogus ass question. I ain’t no ghostwriter. That’s an assumption that I ghostwrite, that’s poor journalistic practices. But you don’t f##king ask no question like that. I was working on TV shows and I was writing rhymes for the TV shows. I was credited for writing those rhymes. Working in TV and film has helped me… you know when you have to teach someone? There’s a phrase “learning through teaching.” When you have to teach a craft to someone, you really have to know it. When I‘d have to coach actors, when I was working on The Breaks for VH1 and also a new show I’m working on Sherman Showcase on IFC, having to teach someone something, you see how detailed it is. It helped me in that way. Whenever you have to explain something to someone, you have to know that s##t. [snaps] It makes you sharper.

AllHipHop: What is the role of humor in your music?

Pooh: It plays a big role, because we don’t take ourselves that seriously. You got to be able to laugh, laugh at yourself more importantly. We’ve always done that, humor is a big part of our life period. We never took ourselves serious to the point where it’s like “oh, we have to always walk around with ice grills and mean muggin everybody.” Then some of the music we grew up on had humor in it, so that’s strands of them in our DNA.

Phonte: Just wanting to put a proper bow on our legacy I guess. There’s a difference when you’re doing things in your 20’s versus when you’re doing it now in our late 30’s and early 40’s. Now we have a better idea of who we are, what we want, and the way we want to do it. Now versus before, we were kind of at the mercy of other people and other entities, now we can truly curate the type of experience we want for us as well as the experience we want for our fans. Also to be able to do it with our family. Everybody on our team is all homies we came up with, so being able to create opportunities for them. Honestly for me, that’s been the most fulfilling part outside of me and Pooh rebuilding our relationship and our brotherhood. The most fulfilling part to me is being able to put our people on and put them in place.

Phonte: Yeah, experiences together. Now, we actually get to hang out and s##t. Outside of the money or whatever, it’s really being able to put our people on.

Pooh: The money is nice.

Pooh: May the Lord Watch is out now. Stream it, buy it. Big up to Lute and the whole Dreamville squad. Big ups to them.

Phonte: littlebrothernc.com. Get the merch. Shout out to Lute. Big up to Lute on the Grammy nomination. 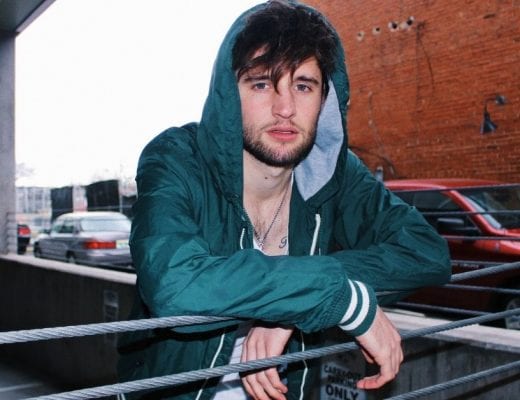 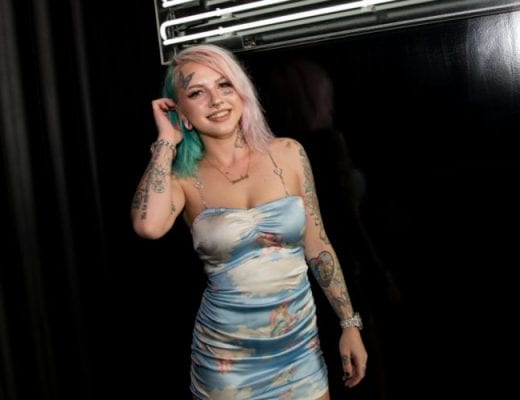 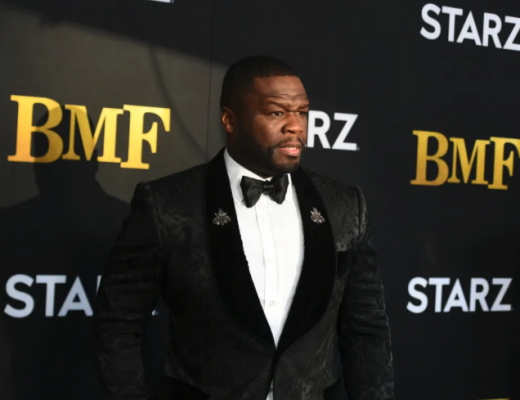