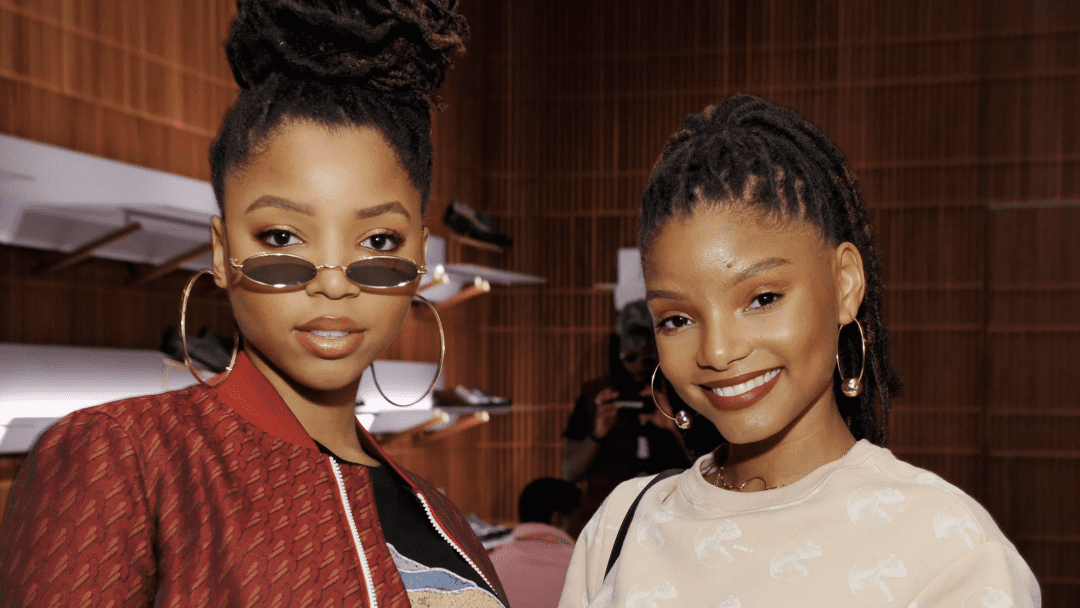 It’s not every day you get to tour the world with hip hop’s super-couple: Beyonce and JAY-Z. But, Chloe x Halle do. The R&B sister duo actually used to post Beyonce covers on YouTube when they were little (13 and 11, respectively), proving they had the vocals to spar with the elites. It was their rendition of “Pretty Hurts” that went viral and caught the attention of Queen Bey herself.

In everything they take on, they conquer with elegance, ease, and smiles on their beautiful faces. Beyonce went on to sign the girls to her management company, Parkwood Entertainment, and even featured them in her Lemonade visual album.

With Chloe being one and a half years older than Halle, the two claim they’re polar opposites but also similar in endless ways. For one, both have a burning desire to spread love and positivity, which shines through in their music wholeheartedly. Last year, the girls unleashed their debut album, The Kids Are Alright, which is currently up for two Grammys: Best Urban Contemporary Album and Best New Artist. Not so bad for not even hitting the legal age to drink!

You may also recognize Chloe x Halle playing star roles in “grown-ish.” This is something they describe as “a great time with your friends.” REVOLT caught up with the singing duo ahead of their sold-out show at The Fonda in Los Angeles to chat about their sound, touring with Bey and Hov, their recording process, “grown-ish,” and more. Check out the fun conversation below!

Your music has a very unique style, it’s very different. How would you describe it?

Halle: Whew, I would definitely describe our music as basically a fusion of all of our favorite things. We love so many different genres of music. We love jazz, we love hip hop, we love R&B, we love country. We love all types of music. Mainly, it’s a fusion of jazz, R&B, and hip hop all together. It’s real fun.

Is this a direction you intentionally chose to go or did it come naturally?

Chloe: Whatever my sister and I do, we never like to force anything. We feel like we’re vessels and we let whatever flow out. We just love making music and whatever comes, comes.

What’s the reality of being in a musical duo with your sister?

Halle: Oh, it’s so cool! It’s super, super fun just being able to work with your sister. Me and my sister got lucky because we’re best friends. We get along. We’re a year and a half a part so when she’s away, it feels like you’re missing an arm or something. I’m the little sister, so it’s been really fun growing together and looking up to her while I’m on this journey — being able to have somebody I know will always be there and have my back. It’s a beautiful thing. It’s a beautiful process, I’m really grateful for it all.

Halle, what do you admire about Chloe?

Halle: I admire so much about my sister. I admire how hard she works, I admire how talented she is. I literally watched her teach herself how to produce ever since we were little. From since she was 13, she’s always been super tech savvy. She’s super smart, always watching that and realizing I have a spark, as well. Just looking to her to be like, ‘Wow, I can do that, too.’

You girls say you’re the opposite. In what ways?

Chloe: Even though we’re a year and a half a part, I feel like we’re twins. We’re so similar, but we’re so different at the same time. I’m a Cancer, Halle’s an Aries. We’re on the complete opposite ends of the spectrum. I’m very sensitive and very open, Halle is very headstrong and she scopes everything out. I love how we’re different in that way because we help balance each other out. I’m learning from her every day how to guard myself a bit more.

Halle: And I’m learning how to be more open, so we take pieces of each other.

I love seeing you guys post your family. What do your parents think about your success?

Halle: Our parents are just amazing. They’re really supportive. Ever since we were younger, they have always instilled in us that we have the power in our hands. We can do anything we put our minds to and we don’t have to wait on everybody else to do stuff for us. We can teach ourselves. That’s how we started making music ourselves ever since we were younger because a lot of the times, the bigger producers wouldn’t think to get in the studio with little girls. They think, ‘Oh, that’ll probably be Disney music.’ So, we started making our own music. They’ve always put that spark in us to just do it yourself. ‘You can do it, you have the power within!’ They’re super supportive and we love them for it.

You say you write songs in your living room. Talk about your creative process. What inspires you the most?

Halle: Our creative process always varies. Our first house that we moved out to when we first moved to L.A. was a much smaller situation. So, the living room was kind of our makeshift studio. It was funny because our family would come in and out of the living room and try to watch TV. We’d be like, ‘No! We’re recording.’ That was a really fun thing. But now, we’re in a better situation where we’ve converted our garage into a studio. It’s our own space. We put a carpet and pink curtains! It’s such a fun vibe. Every time we get together and we sit down, sometimes it starts with the melody first or the lyrics first. It always varies, but that’s what makes it beautiful because we never know what we’re going to be hit with.

Do you spend more time there than the actual studio?

Chloe: We feel more at home, more comfortable in our skin when we’re in our own space. We do love always going to studios when we do live recordings of strings, and live instrumentation like we’re doing for our new album. That always excites us. But, whenever we’re writing, arranging, doing and recording our weird harmonies, we like to just be in our garage the two of us, engineering ourselves because we like the process to move fast because the harmonies just come out as they are. If it’s slow, we’ll lose it. We’re like, ‘Hurry, hurry, hurry!’ We snap at each other like, ‘Come on!’

And you produce yourselves. How does it feel to have creative control over everything?

Three things you need to record?

Chloe: A mic, a computer, interface. And a good compressor for the mic.

Halle: Just a guitar and the mic… you don’t really need much!

Chloe: And a pop filter (laughs).

Halle: Rosalia! Who else do I love? Who do you love?

Chloe: There’s a lot of really cool people out right now. Who’s that guy that you’re always playing who does the beautiful riths?

The ‘who knew’ visual has such an aesthetic to it. What goes behind making your music videos?

Chloe: We like to think our music is very visual. Whatever comes to mind when we listen to the song, we’ll pull a bunch of images and [a] mood board, pull a bunch of references and the color scheme. ‘who knew’ was a very dainty song, so we wanted it to feel very ethereal and light. And flirty (chuckles).

Halle: The main overall best memory from filming ‘grown-ish’ is being surrounded by beautiful human beings, so that when you go to work, it doesn’t feel like you’re working. It just feels like you’re having a great time with your friends and you’re just laughing. That’s what I’ve truly loved about it, the bond that we’ve created with all those beautiful souls. It’s also cool because I’m 19, so my character is in college. I’m not in college, but I’m learning all of this stuff from the show that probably would’ve happened to me if I did go to college. Learning all these lessons that are probably going to happen in the near future, and that’s kind of fun because then I’m like, ‘Oh, I already know what’s coming.’

Chloe: Every time I go to set, I feel like I’m hanging out with a bunch of my friends. It never feels like we’re working. It’s filled with a lot of laughter and good energy because we always work so much, we never really hang out with friends. If we do, it’s once every blue moon. It’s the same for all of our castmates, too, so it’s a good solid time where we can spill the tea, laugh, and hang out… while we’re working. It’s the best of both worlds.

What can we expect from the new season?

Chloe: Well… somebody’s pregnant. We’ll find out who’s pregnant. This season has been my favorite season. Ever script I get for the table read, I be like [imitates gasping]. It’s definitely a lot better.

What are some of your favorite shows?

Is it hard to balance acting and music?

Chloe: No, it’s actually been more fun. As we’re growing, we hope to do even more of it.

What’s your ideal day off?

Chloe: Sleeping, eating, and getting a massage!

Your debut album is titled The Kids Are Alright. Why is it so important for you guys to touch on social and political issues?

Halle: For me, our music, we like to make a reflection of everything that’s going on around us in our own lives, and what we see in social media. In the making of this album, it was the course of three years right, Chloe?

Halle: During that time, it was from me being 15 to 18 and Chloe being 17 to 20. In that time, you grow a lot and you’re seeing a lot of things. You’re like, ‘Wow, the changes in the world…’ You just want to put it all in the music. For The Kids Are Alright, we wanted it to be that empowering message to us, to the youth, because if you look at everything, we are the future and we are tomorrow. We really wanted to instill that message into all of the youth that because we’re tomorrow, we can stand in our power and we can recognize that we can do anything.

What’s the greatest thing you learned from touring with Beyonce and JAY-Z?

Halle: The greatest thing we learned while being on tour with those powerhouses is number one: To give it your all every single night. No matter whatever weather, no matter how they were feeling, they gave an outstanding show every time. Every night we watched it, we felt like it was new every single time. As artists, that was really inspiring to us to keep going. No matter what’s going on around you or what happens right before the show, to get out there, forget about it all and give it your all.

Chloe: I have to say the same thing. I’m so happy I get to do it with this one all the time, she’s just the most talented person I know.

What can we expect from the new album? 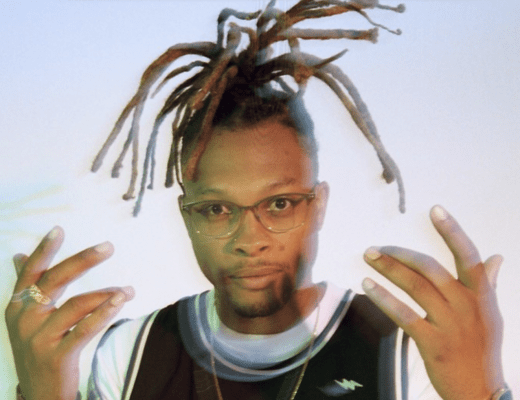 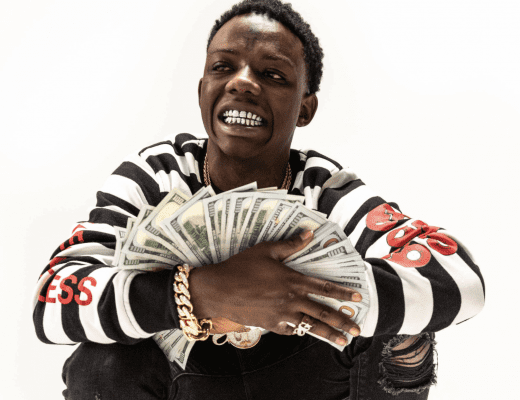 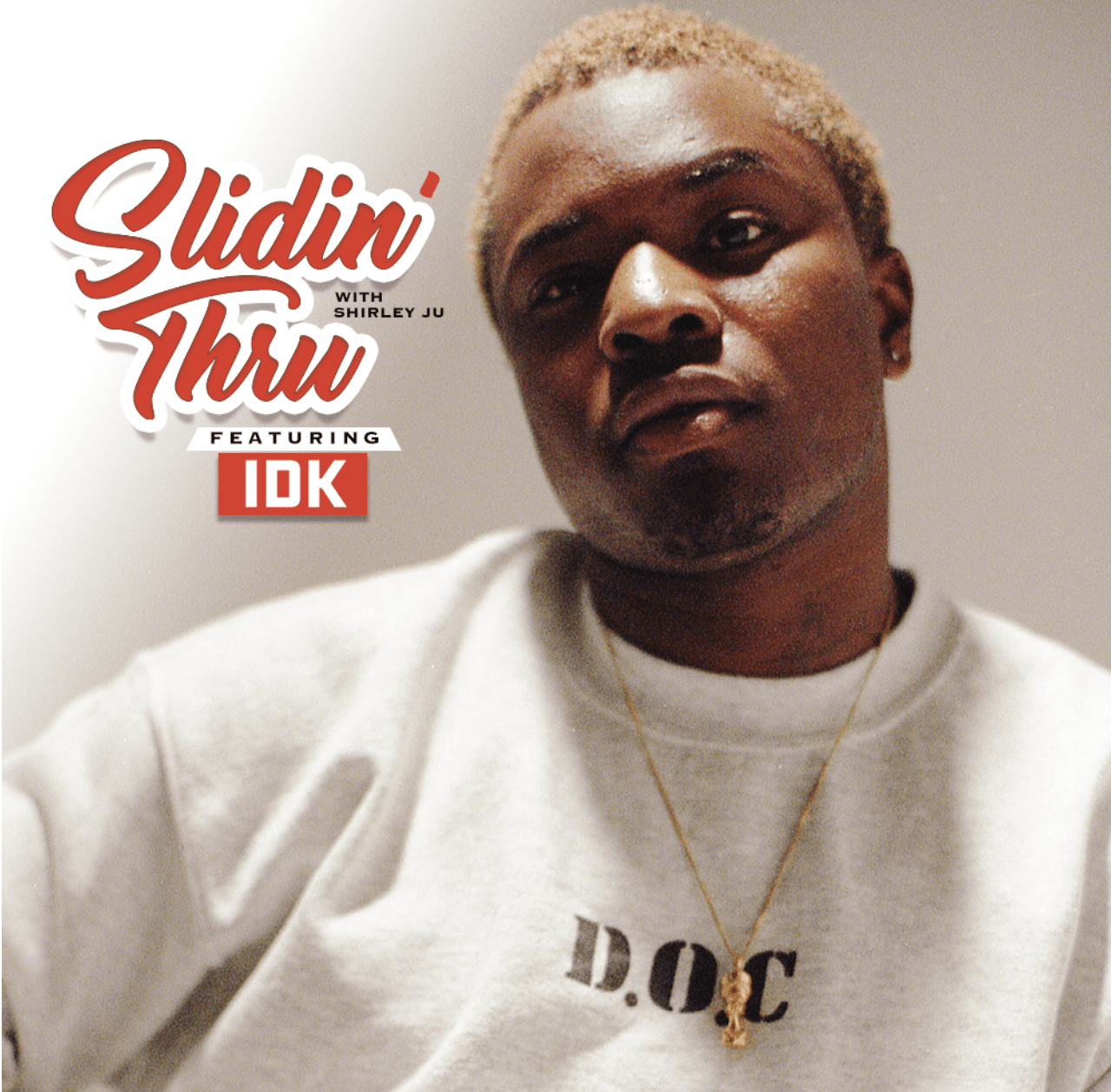