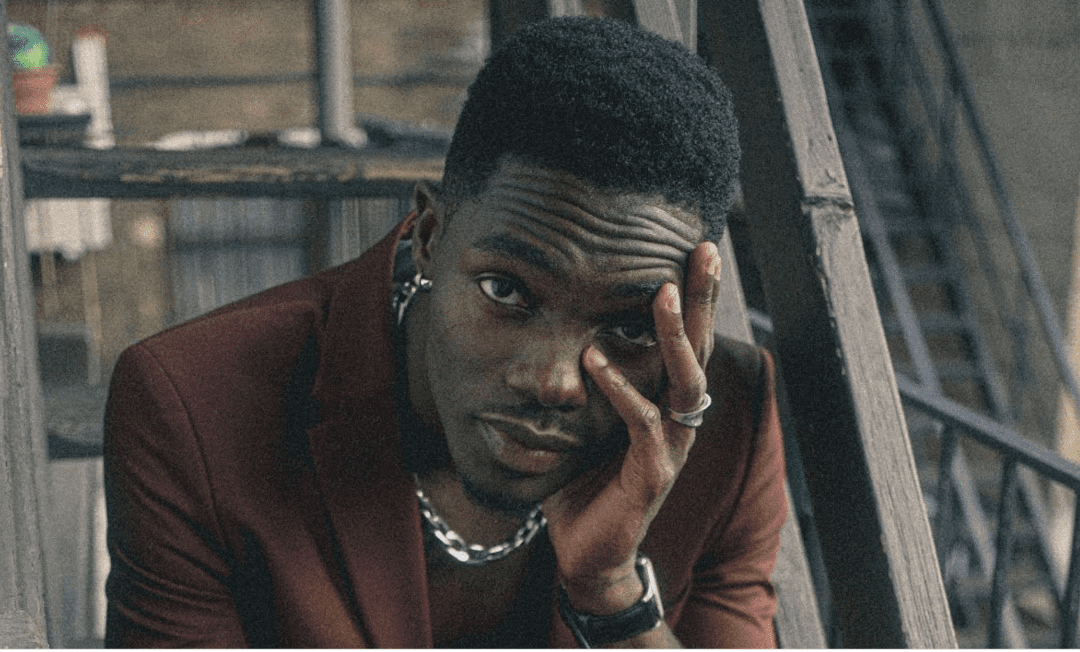 ToBi ‘s sound is the perfect mix of blues, soul, and modern day R&B, and his bars are relentless. His versatility to switch between singing and rapping is one that does not go unnoticed, especially in today’s oversaturated music industry. If you have yet to hit play on one of his records, guarantee you’ll fall in love instantaneously.

Born in Nigeria and proud to represent his roots any chance he can, real name Oluwatobi Ajibolade migrated to Canada at the young age of 8. A sudden culture and identity shock, ToBi confided in his one true love: music. Through this outlet, he’s able to unleash all his thoughts and emotions, creating heartfelt, relatable records for audiences all across the world.

The only thing better than ToBi’s music is ToBi’s soul. The man is ridiculously kind, mature, and carries himself in the most positive light. His voice actually won over The Game, so much so the Los Angeles rapper had ToBi come to the city of Angels to record on his most recent Born 2 Rap album. The result: “Carmen Eletra” featuring Mozzy, ToBi, and Osbe Chill — one of the best songs on the project.

Currently, ToBi’s standout record “City Blues” received the most explosive remix from Game, who returned the favor with one of his realist verses to date. The original song was inspired by Marvin Gaye’s timeless hit “Inner City Blues.”

Closing out January on a high note, The Game brought out ToBi at his sold-out show at The Novo in downtown Los Angeles. Flaunt Mag caught up with ToBi at Soho Warehouse to discuss how the collab came out, his Nigerian roots, his education, performing in the States, Black excellence, and more!

For those who don’t know, who is ToBi?

I’m a child of West Africia culture and ideals. I love music. I’ve been making music since I could remember. 7 or 8 years old, I‘ve literally been writing every day since then. Not a day goes by where I don’t.

Talk about your Nigerian roots.

That’s very important to me. I saw so much stuff when I was so young. Fuck, I seen both sides of it: extreme wealth, extreme poverty. Even where we lived, we weren’t super well off but we got robbed a couple of times. I witnessed shit at that age. I was about 6 years old, right before I moved.

Was it the rougher parts you were in?

It wasn’t even that it’s such a rough part, it was a decent area. There’s just so many people there who aren’t certainly well off. There’s crime, there’s poverty, but there’s also a lot of love for music and art. I’ve always been dancing and singing. I love dancing, I still dance. I used to love Michael Jackson. I used to do all that shit: the footwork, the breaking. My bro put me on to that.

Were there a lot of African influences from your parents?

At 8 years old, why did you move to Canada?

I don’t know the exact reason, but there were some tough things going on. My dad wanted us to get better opportunities to be real. Get the Western education, more survival honestly. The opportunity to thrive. It’s propelled me for real.

Do you feel at home in Canada?

I feel at home in Canada for sure, but I definitely miss Nigeria. I have pockets in Canada though, I got all my Nigerian friends. We go to the restaurants. We go to the parties. Hell yeah, that’s the good thing about it.

How was it growing up in Toronto, where Drake is king?

Man, Toronto’s amazing. Honestly amazing. When I grew up, I remember Drake first was poppin’ but there were all these other artists too who were building a scene. I used to play the fly on the wall and be in studio sessions, but Drake really opened the door for people to even know what Toronto is. It means a lot to me as an artist to have that opportunity. 10 years ago, we didn’t have shit.

When did you record your first song?

In general? I was probably 12.

When did you realize the music thing was forreal?

When I knew it’d be my livelihood and career? When I was in university. I was doing my undergrad in science, I was about to go to med school. I went to Wilfrid Laurier University in Waterloo. My plan was actually to go into psychiatry, but it wasn’t hitting me the way music was. Every day of undergrad, I was working on music.

Did your parents want you to be a doctor?

Yeah, they really wanted me to. Listen, they weren’t happy. But at the end of the day, I’m going to do what I have to do. Because it’s my life and my story. I have a story that kids have to hear. Black boys have to hear what I’m talking about. What I had to go through as a teenager from society, but also inside of me.

What’s my perception of what a black man’s supposed to be? This narrative of what a black boy is supposed to turn into, it’s shifting. Thank goodness. Even I had people who transformed that idea into me. Andre 3000 transformed that idea into me. The fact that he wasn’t afraid of having these feminine traits. His sensitivity, his clothing. Just watching somebody do that who’s older than you? It almost gives you permission.

So Outkast was a huge influence on you?

Outkast, 100%. Even Tyler Perry. Will Smith. Seeing somebody who looks like you do something — as a child, it transforms something. It gives you the space.

Did your parents understand what it meant when you got signed?

No. [laughs] They had no idea.

Did you know even?

I knew what I wanted. I knew what we were going into. I knew what it was going to do for my life. I also knew I couldn’t take it for granted. Now I have to put my foot on the gas, because this is a privilege. The fact I’m sitting here right now with you is a real privilege, and I don’t forget it one day.

How was it before you got signed? Did you have a following?

I don’t think too many people knew me outside of Toronto. I was just on the internet. Soundcloud, Spotify, doing what we had to do. I did a couple shows that were pretty dope, some festivals that I don’t even know how I got in. I did this show at Day N Night in Santa Ana, the headliner was Kendrick and Travis Scott.

How’d you land on that bill?

They saw me perform at this other show with Zacari 8 months prior. I don’t know how I got booked for that show either. I had an agent but Goldenvoice reached out to him randomly. I love Goldenvoice. They literally found me online, with no songs. This dude Dominic, he took a chance on me. Shout out to Dominic, I’ll never forget that name. He’s so dope.

Yeah I was nervous! Because it was my first time in the States performing.

How many followers did you have then?

What happened after that?

I opened for Zacari at the Constellation Room in 2017. That was amazing, it was dope. I went right before IDK. Because LOVE. had just come out,” I’m like “what’s going on here? Why am I here?” I did the show with him and that same night, I got booked for the festival. The promoter’s like “you’re dope. I like you. Come and do Day N Night.”

Damn, now I want to see what your live shows are like!

It’s special, I put my all into it. I performed in LA a couple times. Outside of The Game stuff, I was at The Echo with this dude Healy. I was on his tour 2 years ago. Then I’ve done Constellation 3 times at this point.

How did you link with The Game?

Yo, that was wild. My song just came out this time last year. He DM’ed me last year, he said “yo, I can rock with this song for my project?” I’m like “yeah.” [chuckles] He told me to come to LA to work on this project,” and I went. It was amazing. Being in the studio with Game is one of the best things an artist could do, because you see work ethic in its full effect. You see mastery.

People are sleeping on, Born 2 Rap, it’s a phenomenal project.

I know, it’s a beautiful project. People aren’t taking it in. The stories, the attention to detail. My respect for Game as an MC is top notch. As a rapper, top notch. The stuff he says, you’re pulling it back like what’d he say? You know what I think it is? People want to see a reason for someone for not being great, when they have this image of them already in their mind. It blocks them from seeing how great somebody can be. He’s a master.

Game could also give a fuck less.

How did that feel to be on the tracklist alongside Mozzy?

It’s amazing. Want to hear a crazy story? When I came to LA last year, I’m in the Airbnb with the president of the label. He says “you know what would be dope? If you were on a song with Mozzy.” I said “he’s hard, that would be dope.” Mozzy’s a rapper, I listen to rap. I was at the studio that night with Game, guess who pulls on the door? Mozzy, out of nowhere.

They played the beat, 15 minutes, went in the booth, and did his thing. He bodied that. That’s when we made “Carmen Electra.” Literally he goes in, then they call me in the booth to go on the song. I did my thing. It’s the D’Angelo sample.

How was the response from back home?

My friends were tripping out! My parents did not understand, they still do not understand. Listen, they don’t understand. They don’t know, it’s okay. They love my music, which is cool because they get it. At the same time, I’m going to keep making music that I want to make.

Did The Game hit you to come out to his show?

Yeah, absolutely. He’s like “yo, come to LA.” I’m like “I’m coming through.” Obviously since I’m here and I’ve already started working on this music, I wasn’t going to come for one day. I’ma stay for some time so I can work on music.

I want to be a mainstay in the entertainment industry. I want to tour the States, I want to tour the world. I want my music to connect with as many people as possible, sustain myself and my family. Just keep enjoying life. Paying my dues and paying my dudes, nah’mean? Keep striving for greatness and excellence. Absolutely.

What does Black excellence mean to you?

Black excellence to me is us looking in the mirror and realizing our internal greatness first of all, but also paying homage to those who did it before us. Not just black people, but everybody. Recognize the contributions that black people have made to this planet. In addition to that, restoring equity to people on this planet. RIP Kobe, RIP Nipsey Hussle. When I told you about seeing somebody who;s older than you doing something, that’s those guys. Especially Nipsey man. 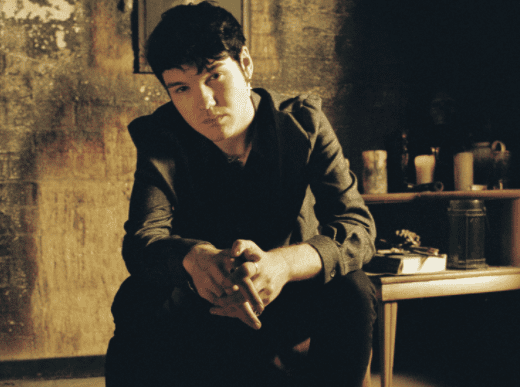 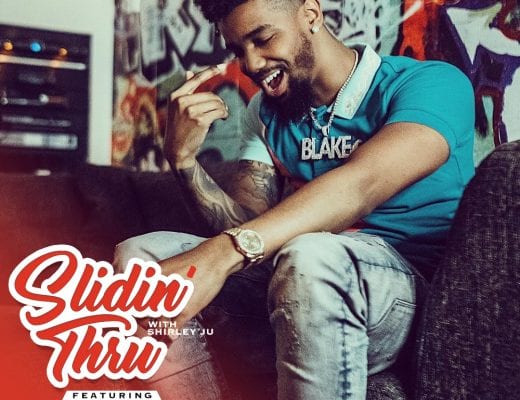 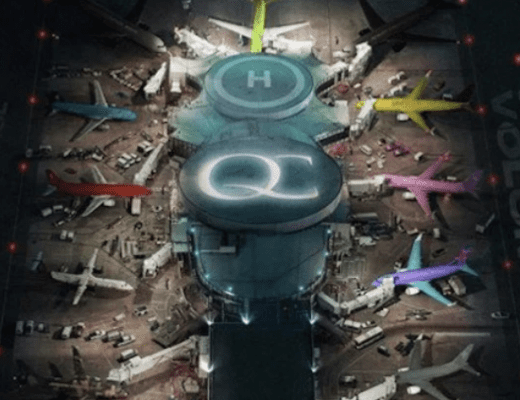