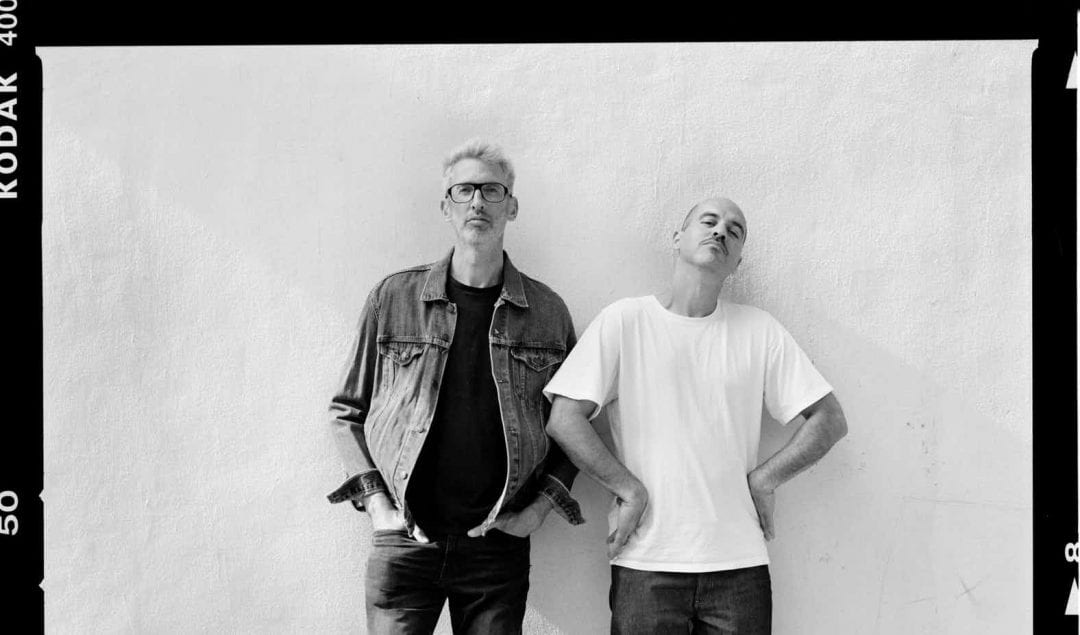 The Stretch Armstrong and Bobbito Show is in the history books as one of the greatest radio shows in hip-hop.

In the ’90s, Adrian Bartos (DJ Stretch Armstrong) and Robert Garcia (Bobbito) rose to the forefront of the hip-hop community by premiering artists like Nas, Wu-Tang Clan, Eminem… the list goes on.

Stretch was a club DJ in New York, while Bobbito was a Promotions Rep for Def Jam. Eventually, Stretch asked Bobbito to host the hip-hop program he always envisioned. Together with their connections, they tag-teamed and recruited the biggest players in the culture as well as industry.

What set apart their show from the rest is the synergy of two personalities, offering entertainment laced with both quirky humor and exclusive music. Content included unsigned artists, B-sides/album cuts from artists with deals, live freestyles, and DJ scratch sessions.

Not only are they responsible for launching the careers of many artists today, but they also impacted the 90’s era tremendously.

The Jay Z/Big L freestyle on their show goes down as one of the greatest in radio history, by itself!

Fast forward to today, they have their new podcast via Jefferson Studio titled “The Actual Stretch and Bobbito Show,” following the success of their last podcast “What’s Good with Stretch & Bobbito” (NPR). In any case, the dynamic duo delivers the same high-quality content and energy they started 3 decades ago.

Stretch & Bobbito also released their highly-anticipated debut album No Requests, equipped with songs from their past — except turned modern.

Those who aren’t familiar with the radio legends can watch their “Stretch and Bobbito: Radio That Changed Lives” documentary on Vimeo, iTunes, Amazon, etc.

AllHipHop caught up compare today’s streaming era to the ’90s, their new album No Requests, and the evolution of radio.

AllHipHop: What’s one thing you want fans to get from No Requests?

Stretch: It’s not really that complicated, we want people to enjoy the music.

Stretch: We made a record we think would really work well in intimate environments like listening in the privacy of your home, but it also works well in live settings with a band. Also in a DJ setting for dance floors.

AllHipHop: How did you link up with NPR for the new show?

Stretch: We’re not with NPR anymore, we’re now with Jefferson Studio powered by Atlantic Records. We got the podcast with NPR for 2 years because of our documentary. We screened It at NPR headquarters and did a Q&A afterwards. We crushed it, NPR’s like “Why don’t you guys have a podcast?” That’s how it happened. With Jefferson Studio, it’s our new home but we’ll still be bringing the same flavor. Our new podcast is called The Actual Stretch and Bobbito Show, we’re about to launch our first episode any day now. There’s actually a teaser up now.

AllHipHop: What are the biggest changes or challenges with radio?

Bobbito: We’ve gone from doing a successful radio show in the ’90s to doing a successful podcast recently for NPR, where we interviewed Stevie Wonder, Dave Chapelle, Erykah Badu. When we were on the radio in the ’90s, we certainly impacted the hip-hop community, but we also have a lot of guests that were beyond rap. Rosie Perez was a regular, Quincy Jones, on and on.

The major difference is in the ’90s if you missed our show, you missed it, too bad, haha! With podcasting now, there’s an accessibility ratio that’s a lot greater than the ’90s, which made our radio program very special and unique. If you missed it, you had to hope that somebody you knew taped it.

With the podcast, we’re reaching a lot more people simultaneously. Because there’s a lot of issues with podcasts and platforms — we’d love to do a mix show where we’re playing all the music we’d love to share, that we do in our club sets. But the podcast world doesn’t have that sort of ability the way our old radio station had.

AllHipHop: Compare the rappers today versus your come up.

Stretch: It’s a totally different ecosystem, totally different game. It’s a different world now in many ways. The accessibility is convenient for listeners, but the overall experience of the way music is consumed these days is way too controlled by corporate interest. There’s no real ritual involved.

When we’re doing our radio show in the ’90s, you’d stay up really late and make sure you have cassettes ready. That whole experience of the ritual of recording and sharing tapes with your friends, Beautiful experience with a lot more meaning and significance.

Bobbito: You had to earn it.

Stretch: Yes, everything is too easy now. “Great, I want it to be easy” someone might say. But for those of us that have experienced both, I don’t think it’s a coincidence that the music we most love coincides with an era where it was a lot more challenging to find music. It wasn’t easy to get your hands on it.

AllHipHop: You mention corporate interest, what does that mean?

Stretch: All these music platforms are owned by very big companies with a lot of muscle. They determine who gets signed, who gets pushed. Everyone on the homepage of Spotify aren’t there based on their merit system. I’m not saying there aren’t great artists on those homepages, but they’re there because their positions were paid for.

AllHipHop: How did you manage to curate so many legendary artists?

Stretch: We were at a moment in time that created an opportunity for us to provide a platform for a lot of unseen, unsigned, up-and-coming artists. Similar to what we’re doing with our album today in 2020, No Requests is providing a platform for a community of musicians as well as a community of listeners who want to hear something different and want to do something different. Our band is legendary.

You may not know who Camilo Molina is but if you’re in the Latin jazz world, he’s regarded as a “master” drummer in the field. You may not know who our musical director Luques Curtis is, but he’s been written up by New York Times for his excellence, and he’s got his own band.

Each member of our band in their own right are legends, in their own space. We pulled them together the same way that we had Big L and Jay Z on our show back in February ‘95. We’re just given a platform.

Our ability as radio show hosts back then is the same as our ability as producers to create an album, where we’re encouraging people to give their best performance. There’s a continuity between what we did 30 years ago to what we’re doing now. If you’re a true hip-hop head, you love all types of music. You’re not only listening to rap. We hope that your readers will be engaged with our album, explore all of the rhythms and polyrhythms that are contained within.

AllHipHop: Talk about the epic Jay-Z and Big L freestyle on your show.

Bobbito: Type up Big L and Jay Z, it’s a 10-minute freestyle that happened in 1995, February 25th to be exact. It’s perhaps the most legendary live moment in hip-hop history, which happened on our radio show.

AllHipHop: Big L hadn’t made any noise just yet. He was bubbling on the underground. Jay Z at the time only had a 12-inch deal. No deal and no distribution on his album.

Stretch: He came up because Big L saw him.

Bobbito: This moment was immortalized in our film Stretch And Bobbito Radio Changed Lives but if you go on YouTube and just type in Big L Jay Z, that recording is up to 10 million views. It’s a monumental moment. A lot of young people know the verses by heart, but don’t even know it was on me and Stretch’s show. Our radio show’s 30th anniversary is this October. We’ve been creating a cappella versions of a lot of freestyles from our show. We’ll be remixing them, putting new music underneath it with our band the M19s. I don’t want to tell you too much yet, that’s to come.

AllHipHop: What side projects are you individually working on?

Bobbito: I’m a filmmaker. I’ve directed three documentaries. My last one was Rock Rubber 45s, I also directed Stretch And Bobbito: Radio Changed Lives. We have the band. We’re deejaying around the world at events and clubs. I published a book on sneaker culture titled Where’d You Get Those? Stretch published a book on flyers of the 1990s called No Sleep: NYC Nightlife Flyers 1988-1999.Stretch: I took my explanatory title from Bob. [chuckles]

Bobbito: We both had really long titles for our books. We both do a lot. Right now, our main priority is No Requests debut album which is available on all digital platforms. We also have CDs and merchandise. We have a 7-inch box set and a 12-inch vinyl album coming out with Fat Beats. We sold out at the Kennedy Center for our debut show. We did a show in New York, we have a bunch of shows coming up in various cities. We’re going to stay busy.

AllHipHop: How do you guys get along? 30 years is a long time to work together.

Stretch: We’ve been going from 1990 to present. It’s been a strong ride… a lot of holding hands.

Bobbito: [laughs] We are about as tight as you can imagine. Stretch is an amazing uncle to my son and a lot of people don’t know that. We’re family. We’re lifelong friends. 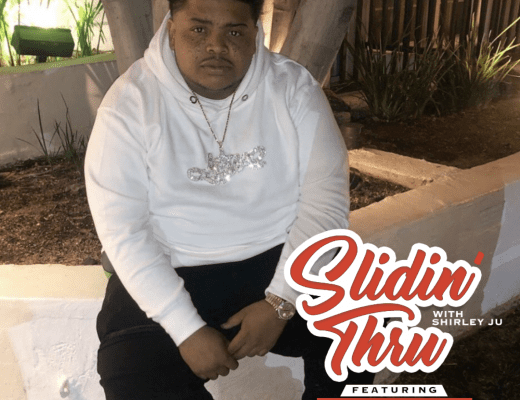 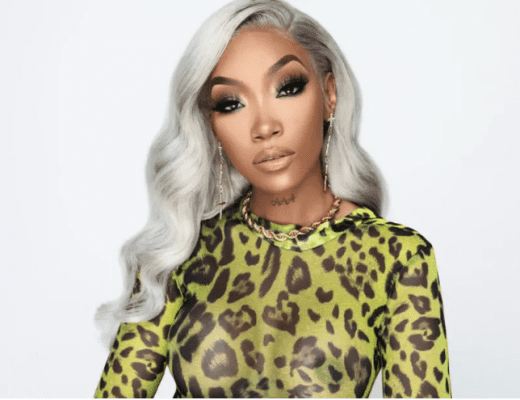 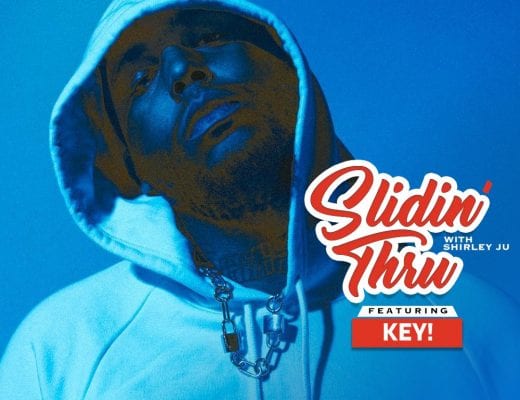