1501’s Carl Crawford on Megan Thee Stallion: ‘Roc Nation Tried to Cut Me Out of the Deal’ 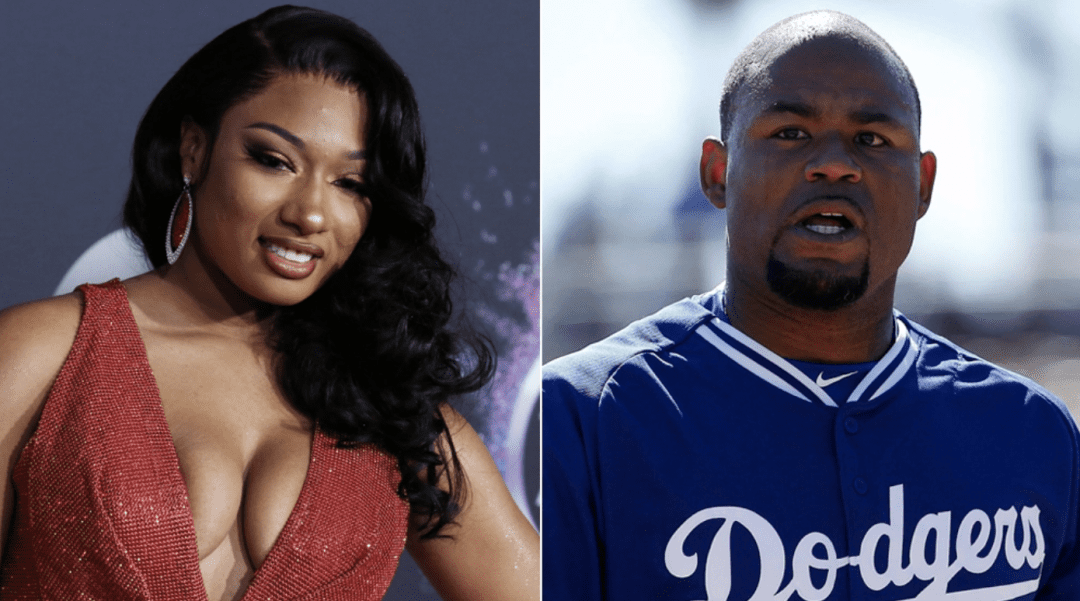 UPDATED: A contract dispute between Megan Thee Stallion and her label, 1501 Certified Entertainment, broke into the open over the weekend when the rapper said the label is preventing her from releasing new music. Fans have been waiting for her forthcoming album, “Suga,” along with many other releases such as the “Cash Shit” (featuring DaBaby) video and the film “Fever,” and she took to Instagram to air her frustration.

Just hours after this article published, Megan tweeted that she plans to release “Suga” on Friday, although Complex reports that 1501 is attempting to block the release.

The Houston rapper said her request to renegotiate her contract — a common situation when a new artist reaches a level of success — was the moment “everything went left” with 1501, which was founded by former Major League Baseball star, Carl Crawford. In January, she announced she was signing with Jay Z’s Roc Nation for management, taking 1501 operations manager T. Farris with her, joined forces with Megan and went over to Roc Nation, effectively cutting Crawford out. Reps for Roc Nation did not immediately respond to Variety‘s request for comment.

Megan (real name: Megan Pete) filed a lawsuit against 1501, and on Monday, a federal judge in Texas granted her a temporary restraining order against the label Crawford. The judge ordered the company “to do nothing to prevent the release, distribution, and sale of Pete’s new records,” nor to interfere with the rapper or her career over social media or via her collaborators or associates.

Crawford says he put $1.5 million behind the Houston rapper when he first began working with her five years ago. Having spent his professional baseball career playing for such teams as the Tampa Bay Rays and Los Angeles Dodgers, the 38-year-old has a history of being savvy with contracts: Yahoo Sports! reports that he inked a seven-year deal with the Boston Red Sox for $142 million in 2011 but was unable to complete the full season, and still collected his salary. After being traded to the Dodgers in 2016, he was compensated his $21.8 million salary in full after playing just 30 games.

Megan Thee Stallion says that 1501 isn’t letting her drop new music due to her requesting to renegotiate her contract. pic.twitter.com/4Uz5vXwmD0

Megan’s plan was to release “Suga” on her late mother’s birthday of May 2, but this seems unlikely. Sources also speculate that her mother played a role in signing Megan to 1501 Ent., and that the rapper was not fully aware of the details in the contract.

Variety caught up with Crawford in Houston on Monday evening during a private listening party for his new female artist K’Ona Lisa.

When did you first discover Megan?
I just saw her rapping on the internet. I thought she was dope. I told a guy who was working for me at the time, “Go out and get her.”  This was late 2017, early 2018. She was spitting bars, she had a presence about herself, so I thought it was something different.

Is it true that invested $1.5 million into the project?
You have to invest in something if you really believe in it.

What was that money going toward?
Everything, from travel to look to radio, daily stuff. Everything you have to do all the time with the business.

How are you and Megan now?
You know, what they say is up there. [Chuckles] It’s crazy now.

Why do you think she’s decided to speak out now?
She decided to go online because we had to put a stop on her music. As soon as she got with Roc Nation, she decided not to honor the contract anymore.

Were you blindsided by the Roc nation deal?
Yeah, I was blindsided with everything.

Why would she do that?
She fell for the oldest trick in the book. The divide and conquer thing, it worked like a charm. They divided, conquered, make you think everything is bad. Before Roc Nation came, I was an angel sent from above. After Roc Nation, I was the devil.

Have you talked with her at all?
We haven’t talked one time. Nobody wants to hear my story. Roc Nation comes in and tells you everything that’s wrong, but you can’t find a video before Roc Nation came in saying that she hated 1501. She’s saying that she wanted to renegotiate; I wanted to renegotiate as well. But her renegotiating isn’t what everybody’s thinking. Her renegotiation was her lawyers coming in saying, “You better do this or else.” Of course, I wasn’t going to stand for that.

Was it a situation of Roc trying to buy you out?
No, it wasn’t that. The thing for them was to keep me out. People say I’m complaining, I didn’t want to negotiate — no. They tried to cut me completely out of the deal. There wasn’t any negotiating, it was a straight strong-arm. Megan hasn’t honored her contact since she signed with Roc Nation. She hasn’t paid me one dime of what she owes me.

How’d you feel when her and T. Farris went over to Roc?
He’s really the one behind all of this, but that’s another story. Like I said, her negotiation ain’t what everybody’s thinking — it was a “You take this” strong-arm tactic. I’m new to the business, I don’t know how to handle these kinds of situations. People said I ran to get [veteran Houston music executive J Prince], but who else am I going to get to help me in this situation? When the whole industry and everybody’s against me?

How did you feel J Prince could help?
I reached out to J because we’re from the same neighborhood. I know him, I needed help with learning and knowing the business. No one else is [teaching me]. He’s taking me step by step on what to do right now.

J Prince posted a very loyal Instagram post to you when Megan signed with Roc Nation. What’s the relationship you share?
He’s like a mentor. He’s coaching me through the situation. This is my first time going through something like this. When you don’t know anything, they take advantage of you and try to make you look like the bad guy. I understand [former Jay-Z associate and Roc-A-Fella Records cofounder] Damon Dash all the way now, because they make him look like he’s the crazy guy. She’s the star, so it makes me the bad guy.

But I play sports. In baseball, we have to honor our contracts. She said she signed a contract when she was 20; I signed a contract when I was 17. I understood everything about it. I knew I had to play five years to get another contract, and got another contract. She seemed to not understand the business of what’s going on. She doesn’t understand that when you do a contract, you have to honor the contract. I understand she got big and everything, but…

Do you think her mom passing had anything to do with it?
If her mom hadn’t passed right now, we wouldn’t be in this situation at all. When her mom passed, it opened up a tunnel for snakes to come in. And that’s what happened: her mom died, all the snakes came. Mainly the one snake. It is what it is.

What’s going on with 1501?
We have new music coming out: K’ona Lisa, she’s from Arkansas. We’re getting away from the twerking and ass shaking, I don’t like being associated with it. K’ona can sing. She can rap. She’s different. She has four kids. She has a husband.

I understand it’s a lot going on with 1501 with the Megan sh–, but we want to keep functioning as a company and get bigger. I want to get this situation squared away so that I can get back to trying to help people from Houston reach their goals, like we did with Megan. 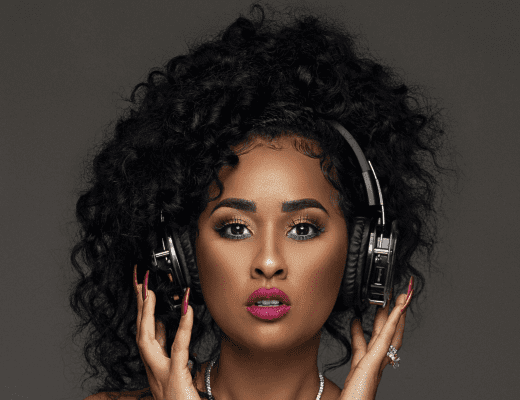 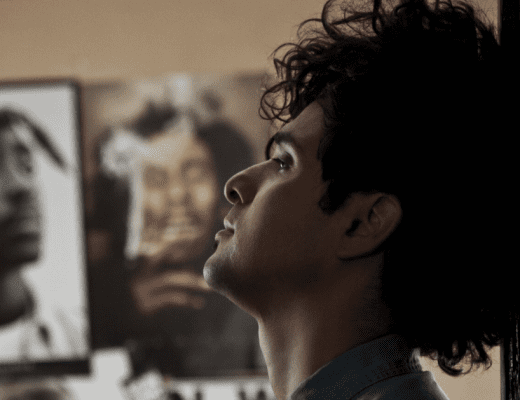 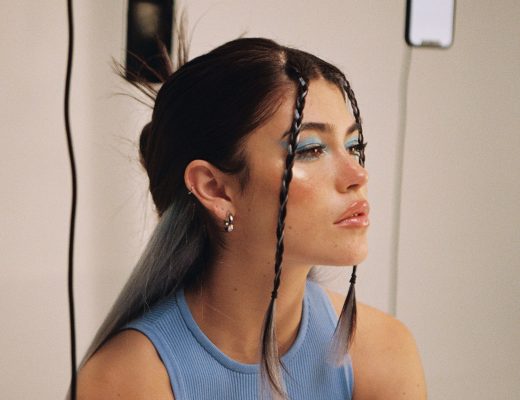