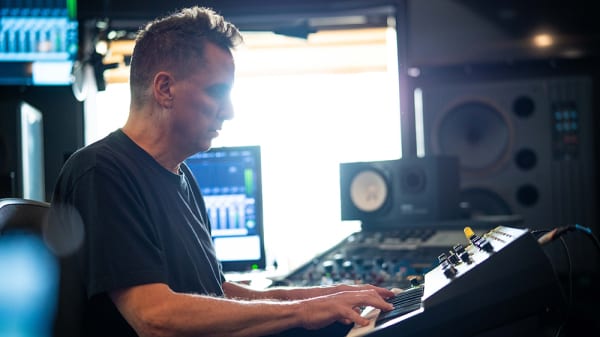 Mike Dean spent his 4/20 working. The in-demand producer and cannabis aficionado, in isolation in Los Angeles, celebrated the stoner holiday promoting his “4:20” instrumental project. The 28-track mixtape was inspired by his epic Instagram Live appearances over the last month — during which Dean would jam using his massive collection of synthesizers and other gear — with minimal editing.

The Houston native is considered royalty in the hip-hop community and beyond, having worked on nearly every Kanye West project; molding the sound of Travis Scott, most recently, and Scarface and the Geto Boys in his formative years; and collaborating with such artists as Beyonce, Madonna, Frank Ocean and The Weeknd. His composing, mixing, engineering and instrumental skills are unparalleled and have led to memorable turns like his guitar solo on West’s “Devil in a New Dress” and his outro on Scott’s “Highest in the Room.”

In November, Dean was recruited by composer Sarah Schachner to score the “Call of Duty: Modern Warfare soundtrack.” Fast forward to 2020 and Dean has not let his foot off the pedal one bit. The majority of his days are spent in the studio, making beats, mixing, engineering, playing keys, creating synths, and working with an array of new artists.

His love for cannabis has not wavered either, and fans of “4:20” say the collection works well as a sleep aid — no wonder, Dean’s favorite strain has long been a heavy indica called Jet Fuel. Dean spoke to Variety via FaceTime in between helping process orders for a merch line whose “Day One” T-shirt (a limited edition print of Dean and West working on “The College Dropout”) profits will benefit homeless programs in Chicago, Los Angeles, Houston and New York.

Happy 4/20! What do you traditionally do during the holiday?

Smoke weed. Last year, we were at Coachella. I played with Kid Cudi and Kanye on stage one day, and Travis Scott, Kid Cudi, Kanye the second [weekend]. A lot more hectic, this year’s better. More chill. I went live on Instagram and smoked weed with someone in every time zone.

You’re known to stay in the studio 24/7. Is anything different with quarantine life?

Nobody comes by. Travis will pop by every once in a while. The last few days, I’ve been letting my assistant Sean come by. He’s been quarantined with his parents for so long, so he’s safe. I’ve been chilling since December about all that. I knew about the virus already, traveling over to Europe and watching the news in December, January and February. When I got back from France in February, that was it for me. I stayed in the house after that.

You’ve been going live on Instagram. How does it feel to perform virtually versus in person?

It’s great. That’s what made my album — all the stuff I created on the live streams. Each one was usually 20 or 30 minutes of me playing the synths somewhere so the album tracklist says THE FIFTH DAY PART ONE through 10. That’s day five of the live stream with no editing, that’s just the way it went down. Pretty cool.

Have any collabs come as a result of the livestream?

Wiz Khalifa  was watching and went Live with me one night. He said, “Hey, I got a song I want you to f–k with.” It’s out now, “Out In Space.”, with Quavo — I played keyboard on it.

Is now a good or bad time to release new music?

It’s good and bad. It’s good because people are at home. They’re in front of their computers, laptops and iPhones, so it’s a good time to reach people via the internet. The bad thing is you can’t play shows. You can’t do showcases if you’re a new artist. People have to adapt.

How much unreleased music of your own do you have currently?

On my YouTube channel, I have a playlist with every livestream. I’m up to No. 26 with XXL. That’s 13 hours of music I’ve recorded, pretty cool.

How do these beats provide comfort during these times?

It gives people an escape. Forget all this crazy shit, listen to music without lyrics to them.

Has your cannabis consumption changed during quarantine?

It’s maybe better. I’ve gotten more types of weed for the quarantine — I have a good six kinds in high quantities.I’ve been smoking a little different stuff lately. You have to experiment during the quarantine.

Do you find that cannabis helps you be creative?

It helps me focus. … An indica calms me down, relaxes and makes me not overreact. If there’s an issue, I don’t freak out.

Do you do edibles?

Just one kind: Breez Mints. They’re a small company that makes mints you can micro-dose at 2.5 or 5 milligrams. That way you can go up [in dosage] instead of taking too much.

Is this collection of music connected to cannabis?

I smoked a lot of it while I made it.

What advice do you have for aspiring producers during this time?

It’s a good time to watch YouTube tutorials and learn new techniques. If you already know what you’re doing, lock in and make music without a lot of distractions. Maybe there are more distractions because everybody’s home, but it’s a different feel. A different vibe.

Tell us about the merch you’re selling…

At mikedean420.com, I have three different face masks: M.W.A, a 4:20 face mask, and a face mask that says “F–k Coronavirus.” All the proceeds from that one go to Grammy MusiCares to help musicians impacted by COVID-19 who are out of work. We also have ethically-sourced T-shirts and a black-and-white poster of me and Travis on stage, it’s all bundled with my album.  Check out my album, put it on repeat while you’re sleeping. Thanks everybody for all the support. 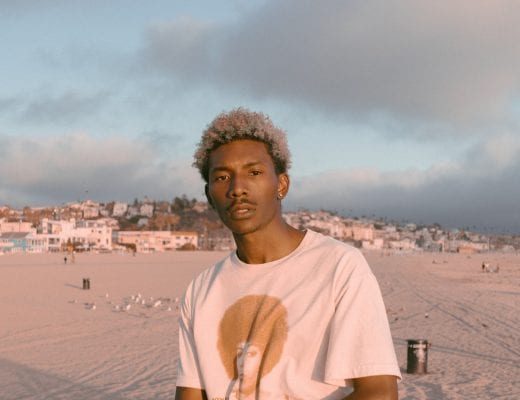 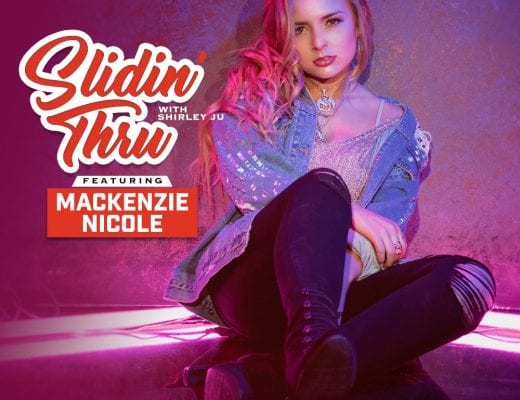 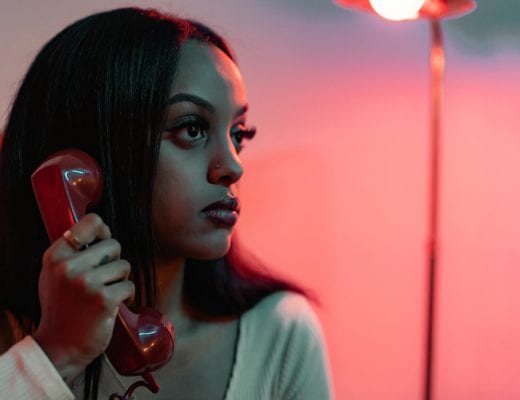