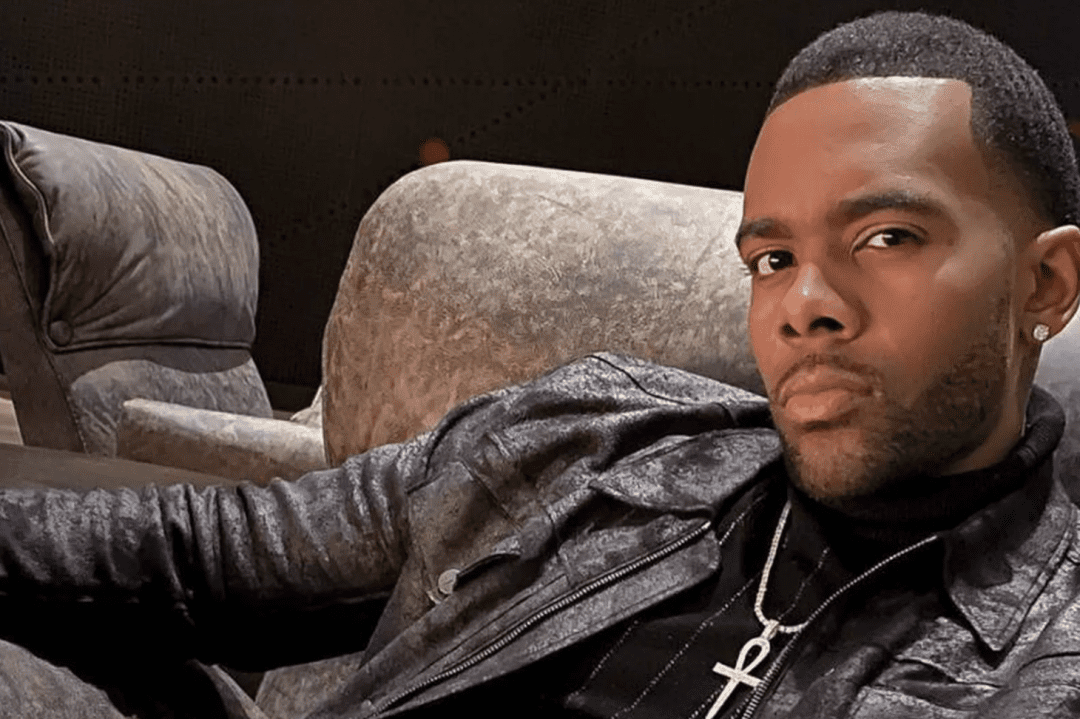 Almost two decades in the game and Mario is better than ever. As a teenager, the Baltimore native swooned the hearts of music lovers all over with timeless hits like “Let Me Love You,” “Just A Friend,” “Crying Out For You.”

While the 33-year-old has since taken hiatuses to focus on his personal life, Mario continues to let his heart out in the studio. The singer/songwriter tells a story in each R&B ballad.

REVOLT caught up with Mario to discuss his new single “Closer,” who he’d like to battle in Verzuz, and more. Read below.

How are you holding up in quarantine?

It’s been weird because a lot of my life has been isolation for my own personal reasons. This takes me back to five years ago when I was straight up on my isolated from the world, finding myself, going through certain things. Really just spiritual healing, this reminds me of that moment. I’ve been fasting everyday. I’ve been pescatarian, but now I’m fully back vegan again.

I actually didn’t eat at all last week. I ate maybe once, but everyday was fruit in the morning. That’s it.

What’s the benefit from that?

For me, my whole body reboots itself. All my cells regenerate. My skin gets better. I don’t sleep as much, I don’t get as tired. More clarity. I’m more open, my intuition is better. Everything. All the energy that I’m using to break down foods that I don’t really need, it’s going toward me. It’s saying, “We’re running you.”

How does recording these new R&B ballads compare to the early 2000s?

The types of producers we worked with back in the day were more musically inclined. It’s more original. Music was respected in a different way in the early 2000s, it was a lot more melodic. It’s still melodic today, but the melodies, the chord progressions, the sounds, the different types of vibes were more vast. They felt completely different because people felt different back then. People were creative from a different space.

People create from a different space today. A lot of our music is influenced by the culture, whereas before we’re influencing the culture. Now, we’re influenced by what we hear. “Okay, this is going to work for TikTok” or “this is going to work for this or that playlist” — in the mainstream. There are a lot of artists who make music they love to make and it lands wherever it lands. Whoever’s supposed to receive it, receives it.

My last album (Dancing Shadows) wasn’t a mainstream album at all. A lot of people don’t even know I put out an album because it was such a project that I just created. I didn’t think about mainstream, I didn’t think about a brand. I thought about music and what I wanted to say. At the end of the day, it’s a competitive space. You’re making music based upon how you think the culture’s going to respond to it. That’s the biggest difference.

Did you wish you put more effort into marketing and promotion on your last album?

Yes and no. I don’t feel like it’s a record that really could compete in the mainstream space. It felt more of an indie type of project, so nah, I wouldn’t have wasted my money on it. I definitely spent a lot of money recording it. I spent more money traveling and going to different places in the world to work than I did on the actual album. I spent money being in London at a studio, traveling, staying in different places for the experience.

How does it feel to be independent and have creative control over everything?

It’s bittersweet. In reality, it’s amazing because you own your masters. You own yourself. The pressure of pleasing a whole machine and knowing deep down inside, you’re still owned at the end of the day. Your music is owned, your art is owned. Other people have a stake and a say in what and how you create. You have this pressure of returning something to them when it comes to how your music performs. As an independent artist, you get out of it what you put in.

In today’s world, it’s more of a gambling business for a label than it is artist development. Building the artist and really growing something. It’s “oh shit this is poppin’, let’s bet on it.” I’m not in that business, I’m in the business of building. I’m in the business of taking everything I’ve learned in this new age of technology, how can I apply it now to my art? As a creative, how can I use things outside of music to show my fans who I am? Music is one side of it. I write books, I write films. I’m writing a film right now. I’m an actor, I’m a performer, all these different things. How do you create a world within the digital space that your fans can come to appreciate all of that?

I’ve been building my digital team to help me accomplish these goals. I’m working on a site where my fans can get everything [from] me. I’d call it an app, but it’s bigger than that. It’s a whole experience. Sharing books, doing giveaways and contests where I give money away to fans who don’t really have it right now. I need to have it in a place where I own it. We don’t own our content on Instagram, TikTok, any of these things. I see where this is going, we’re going to end up having to pay to use those services soon. Who knows, Instagram might say, “You have to pay $2 a month to us now.” We have no idea what these corporations are planning on doing. So, how do we take the control back?

Who or what inspired your new single “Closer”?

It’s really about connecting with yourself, connecting with the person you’re with beyond the comfort of the connection you have in the present moment. Being with someone for three years, you feel like you know them. In reality, we’re growing everyday. We’re changing everyday. A year ago, they might like something different. Even though I’m close to you right now, I want to be even closer.

I’ve dated a lot of girls in my life. I’ve had amazing relationships, I’ve had some f**ked up ones. The streamline experience is there were levels within each relationship. We remember when we first meet somebody. We remember the middle, when we start to know them in that sweet spot. We remember when s**t starts to get f**ked up and we’re trying to decide if we’re going to stay in it, then we remember how it ended. How do you take all those experiences and make sense of the ratios of experiencing things? “Closer” is all that, but using intimacy as the platform.

What can we expect from your forthcoming EP Closer To Mars?

My name means Mars in Latin: God of War, the planet, all that. Sonically, you hear the different vibes I like from alternative grungy R&B to island tribal vibes to trap futuristic vibes to more edgier R&B like “Closer.” I was thinking about the idea conceptually of where we are even before this pandemic. Talks of “oh what’s happening on earth? We have to get out of here. What’s the planet going to be like in 20 years?”

Have you been tuned into these IG Live battles?

Hell yeah, of course. I’ve been waiting for mine.

Has anyone challenged you?

Is there anyone you want to go up against?

Nobody in particular, I just want it to be good. Somebody who has hits, so we can make it entertaining. Give the culture what they want. Maybe Omarion, maybe Chris [Brown]. Chris got a lot of records, but he got a lot of hip hop, turned up records. I don’t have that many.

Omarion would be fire.

Thoughts on Ne-Yo playing “Let Me Love You” in the final 5 against Johnta Austin in their Verzuz?

That s**t is always a moment when that record comes on. Always nostalgic, always an event. I was happy to see him and Johnta did that. They’re different in age group, but as writers, they have the “it” factor when it comes to R&B and how to write classic records. Such a great battle. Of course, it’s amazing to be a part of something like that. To this day when I hear the record, I still get chills. I understand it differently as an adult now, I was 17 when I first recorded it. In my mind, I hear it a lot differently. In my heart, I feel it a lot differently because I actually know what those words mean. Then, I didn’t know what those words meant.

What’s it like seeing everyone know the words verbatim? That’s so rare in a record.

You have a crazy falsetto. Who in your opinion has the best falsetto in the game?

Maxwell and me. I give credit where credit is due. There’s not too many people with a crazy falsetto. No one’s really popping into my head. Autotune makes falsetto easy for a lot of people, so I’m thinking of people who did it without autotune and there’s not too many.

What was the highlight from doing Rent the musical?

Man, so many highlights. Finally finishing because we did it for three months straight, everyday. Twelve hours a day going crazy. We didn’t know we [were] going to be the original cast until the day of the show. Really exciting to meet Taye Diggs, [and] for him to say, “You did it justice.” Also getting to the actual stage. We’re basically rehearsing in a room with makeshift lines, makeshift everything. We had to use our imagination the whole rehearsal, there’s no way to put it into words. Unfortunately, we could only have 2500 people in the audience, so a lot of people didn’t get to see the stage in reality. When you see it and walk in there, it’s literally a 360 degree experience of New York during that time. It took my respect and expectations for art to another level. It was a pleasure.

My goals right now are investing in technology, things that can actually push the culture forward. Continue to build my brand, continue to consistently put out music that’s competitive and that my fans are happy with — can live to, dance to, have fun to. Music’s so powerful, it keeps the world going round. Finding some artists for artist development. Writing a couple books.

Closer to Mars EP out this summer. The next single is called “Pretty Mouth Magic.” More music for sure. When they open us back up, I’m hitting the road going on tour. More films for sure. Those are my passion projects: writing scripts, writing short films. 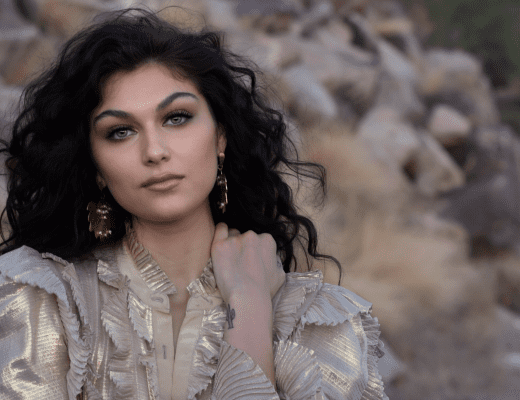 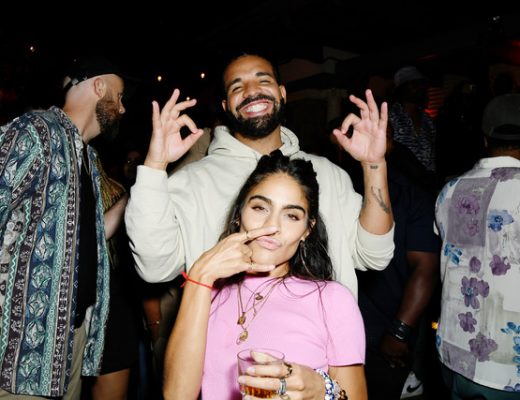 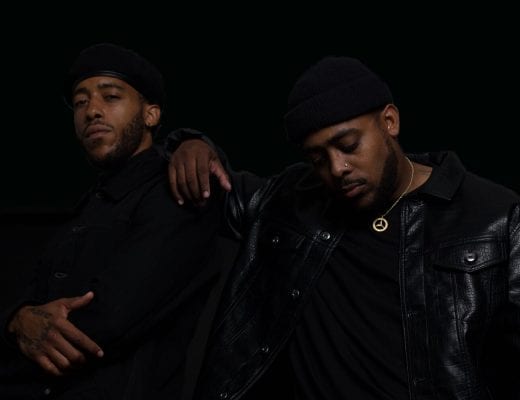