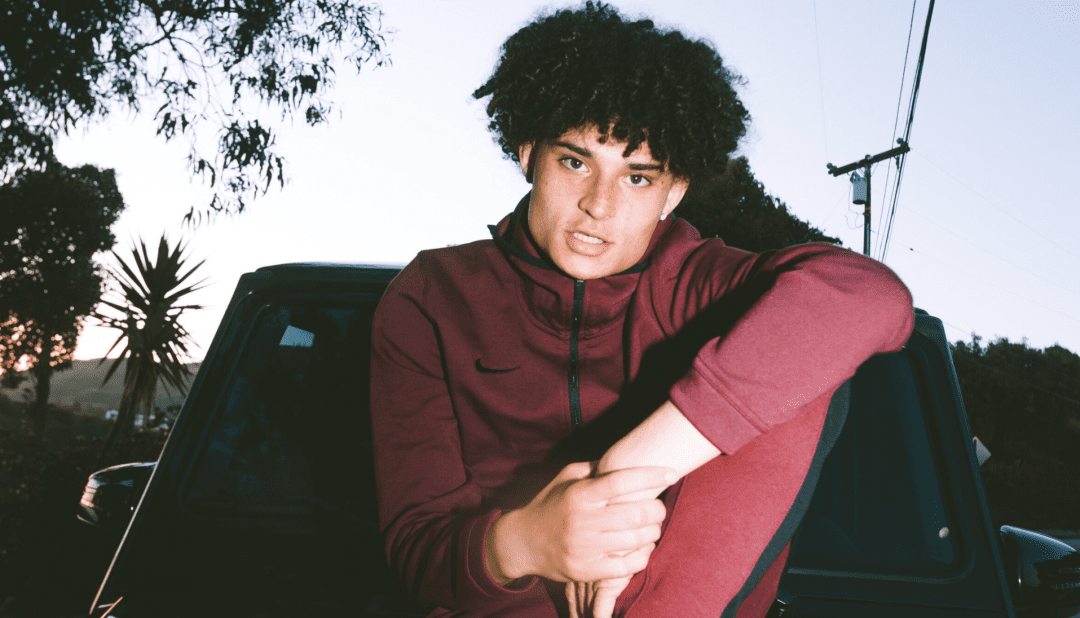 At 18 years old, Bankrol Hayden has already cemented his name in the rap game. The Modesto native has been through hell and back, and you can hear it in his music. With 863K followers on Instagram alone, real name Hayden Inacio gives hope to the masses that you too, and overcome and battle or obstacle life throws at you.

In 2018, he released his breakout single “29” which went viral as he raps and sings about a near fatal car accident and being the “victim of two murders.” Only 16 at the time, Hayden would wake up to nurses in the hospital after being found unconscious on the street. Now, he’s living each and every day knowing God gave him a second chance.

Now signed to Atlantic Records, Hayden recently released his new record “Costa Rica,” who’s official music video is almost at the 10 million mark after being released in January of this year. The record also received a standout remix from Kid Laroi.

To hold fans over for his highly-anticipated new album aptly titled Pain Is Temporary (a line from “29”), he releases his new single “Rich Bitch.” Flaunt Mag caught up with Bankrol via Instagram Live to discuss his hometown of Modesto, the new project, giving back to the community, his goals, and more!

How has quarantine been for you?

What shows are you watching on Netflix?

Shit, that Tiger King. I went to the zoo too, it’s crazy. I went there a couple of months before the show happened, I swear. It was cool. We went right when “Costa Rica” dropped, I wanted to take a bunch of pictures with lions. I fuck with All American as well.

Have you been soaking up the sun rays in Malibu?

We just finished up my album, it’s lit. No studios are open so I’m recording out here for right now. It’s vibes, it’s like a little GTA crib. The first week I was here, I was recording and getting content. Recently, I’ve been actually chilling by the beach. Absorbing all that and taking it all in.

It’s something small for the fans real quick. It’s one of those Tik Tok songs, more for the fans. I’m really excited for my album, my album’s really going to be big. Crazy vibes, all of the beats are hella different.

Why’d you name your project Pain Is Temporary?

May is Mental Health Awareness month, I know music is a coping mechanism for you. Do you have trauma from the car accident?

I still have PTSD when I drive. Music was my outlet fasho to get through that. For anybody out there going through anything, pain is temporary and that’s what this album really means. That’s what I want my fans to know when they hear it.

Do you believe in therapy?

I’ve never actually done therapy. For anyone who needs help, I don’t disagree with it. I got through things through music and having people being there for me.

I’m about to turn 19 in September. I went to Rolling Loud on my 18th birthday, we’re like “let’s all go to a festival before we get bigger.” Everyone in the crowd was tripping like “what the fuck are you doing?” [chuckles] Shit was lit.

It’s been 2 years honestly so I’m really trying to move on from that. I want my album to come out. I want people to hear all that.

How has your faith in God helped you through these times?

God is a big thing in my life. I pray every night.

Is Pain Is Temporary your debut album?

It’s not an album, I keep saying that. It’s my first body of work. I only have 4 songs out so it’s really big for me to drop this. We had an interview a long time ago, I’ve been talking about this same album since then.

Have you scrapped and put on a bunch of new songs?

Literally since then, the whole track has changed. I still have my old stuff on there for the fans, all my old Instagram videos that went viral. All my new shit’s going to be on there, it’s going to be fire.

Talk about being from Modesto, is that technically in the Bay?

It’s not the Bay but when I’m in LA, people don’t know where Modesto is most of the time. I say it’s near the Bay Area, they’re like “oh okay, I know what you’re talking about.” Modesto is Northern California, born and raised there. There’s not really anyone coming out from there music-wise, but there’s a lot of people making music in Modesto. Shout out everybody doing their thing too.

Do you plan on going back and giving back to your hometown, as you get bigger?

Yeah, that’s important to me. I’ve already done a lot. For my city, I did a turkey drive for Thanksgiving. We did a show, we gave all the money to the hospital I was in. The ICU unit. I gave a bunch of shoes to my friend’s high school basketball team, so that’s big for me to keep doing. Before I signed to another label, I was asking all the foundations and letting them know that’s something I want to do. Make sure they have that. Right now, I’m planning something to give back to hospitals in my city. My brother works at the hospitals in my city.

Really, what does he do?

He’s a nurse, he does transporting. He’s in there all the time, it’s crazy. He be stressed out, so I want to get food and bring lunch to all of them one day.

“Costa Rica” is a bop. Can you bring us back to that studio session?

We were in the studio in LA, I came out of the booth, popped the door open like “yo, I don’t know what to rap about. What should I rap about?” My manager’s like “bro some island shit, like Costa Rica.” I started saying “Costa Rica, swipe a Visa….” He said that and right off the top, the whole hook came so natural. Usually it takes me longer to write a hook, but it just came. I didn’t even like the song. I left the studio and I left the song. My engineer brought it out and played it for me a month later like “bro this shit’s hard, you should finish this. I said “what is this?” I didn’t even remember making it, then it all came back to me.

When a song is not all the way done, it’s hard to. We shot the music video out in Costa Rica.

Being here is no different from me being in Modesto, it’s weird. I feel like the same person. I really want to put on for my friends, put on for my family and my city. Give back for real.

Are you still in school?

I’m a senior, but I haven’t been to school since sophomore year. I’ve been doing online school. I don’t get to go to prom, walk the stage, any of that. My school was already hating on me about being a rapper, so I’m not tripping.

What moment did you realize this is what you would do for the rest of your life?

Honestly I wasn’t taking it serious until I was in the hospital bed, thinking with all that time on my hand. That’s when I realized what I wanted to do.

It’s so dope when an artist can be in that state and have the mentality to push through.

Yeah, now my life moves so quick. I haven’t been able to sit and be able to plan on ‘em. We’re moving quicker now. That changed my mood fasho. I had so much time to sit back while the world was moving. Nobody really even thought about me because I was nobody then. I was all alone with time to think.

How does your hometown fanbase compared to elsewhere?

They’re lit, they show love. I have a show in Modesto, it’s selling out every time. We haven’t had a show since before “Brothers” dropped, it’s been a minute. My next show will be in Modesto, but Corona took it off. I was on tour with Lil Mosey for the whole US tour, but it got canceled because of Coronavirus. I just got back from Europe though.

What was the craziest memory overseas?

Crazy, Europe was a movie. We were in the city and got detained over some dumb shit, but it’s all good. Europe’s a whole different world. It’s fire. I liked it, it was cool. I like Atlanta too a lot, I went recently. I like traveling, that’s something I like to do.

Did you learn anything from him on tour?

Hell yeah. Even when I went on the Madeintyo tour, watching other people and seeing their fanbase is hella sick. Seeing how other people perform.

Were you nervous at all performing?

The first day, I didn’t really know what’s going to happen because some of those places, they don’t even speak English. They’re singing my songs, every city sung “Costa Rica.” Every city knew “Costa Rica” and “Brothers ” too. It’s crazy hearing them sing in other languages, their accents all at once. That shit hit me like “damn, that’s crazy.” My friend called me on the jail phone, I’ll put him on the phone sometimes when I perform.

Talk about getting Kid Laroi on the “Costa Rica” remix.

“Costa Rica” remix out now with Kid Laroi! Y’all go tap in on that. That shit’s dope as fuck, Kid Laroi is a dope ass artist. We reached out to each other, we vibed. I watched one of his interviews and I fuck with him as a person. We chopped it up, talked. I told him about “Costa Rica,” we FaceTimed. Played it on Live for the fans, it was dope.

There’s so much new music, I couldn’t pick. The music I listen to always changes. That Drake shit dropped, that’s hella big though. Everybody slapping that.

How’d you link with Lil Baby?

That shit’s crazy bro. That’s a dream that happened. He commented on the IG post and showed hella love. We sent him 4 songs to see which one he fucks with the most. He said “Drop Fear” is the one his fans will fuck with the most. It’s one of my favorite songs I have in the vault, it’s coming out soon.

Did you send it to him and he sent it back?

Yeah, crazy the way it happened. I got it when I woke up, it said “‘Drop Fear’ featuring Lil Baby.” We’ve been talked about it, but it took a little minute.

Do you have any goals at this point of your career?

I want to invest. I’m trying to do stocks, all that. The stocks have been low recently so I missed it but that’s something I’m trying to do. I want to put on for my city, Modesto doesn’t have a Chick-fil-A. I’m trying to put a studio there. When I was growing up, it was hard for me to get into a studio.

What’s the first thing you want to do after quarantine?

Travel the world. I want to go somewhere far away.

When can we expect the new project?

I’m about 99% done with my album. I’m already finished, but can’t say the release date yet. I’m going to have my friends come listen to it soon. I want to do an album release party but can’t because of Corona. Make sure ya’ll wash your hands and be safe! 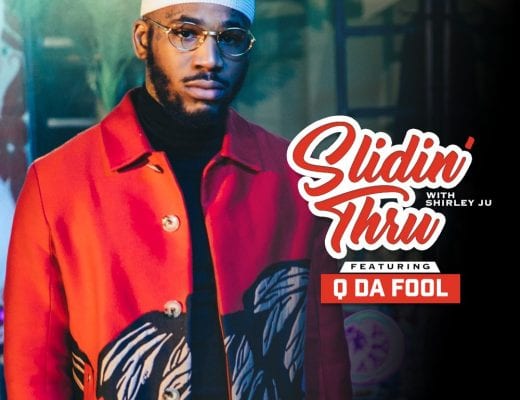 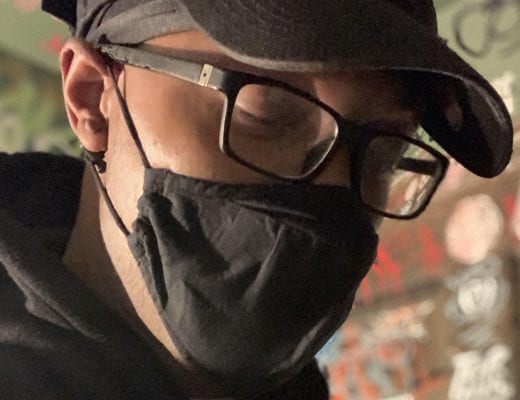 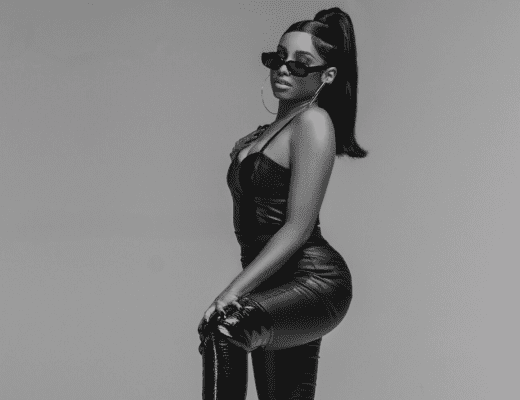