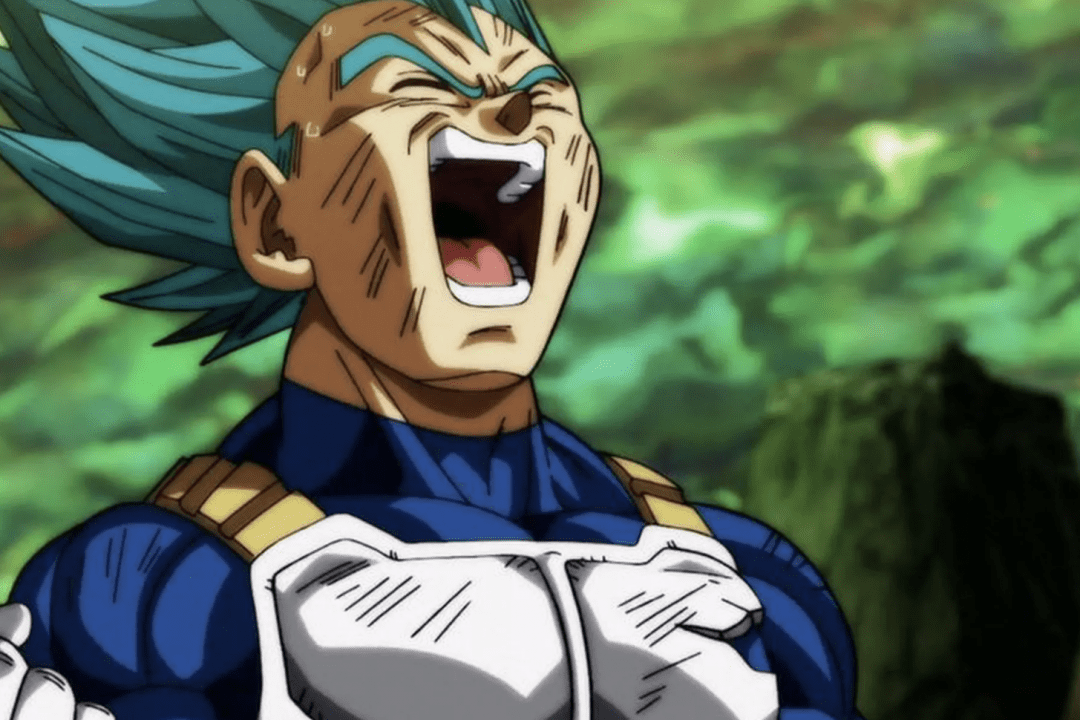 Read the full article on REVOLT.com!

We’re months into quarantine, but it feels like an eternity. Luckily, we can rely on anime to keep us entertained. While most anime originally began overseas in Japan, with “Dragon Ball Z” paving the way as one of the most popular or mainstream, it has since morphed into a billion-dollar industry.

Most anime features a storyline of 80% of the population that is born with some sort of supernatural power. Whether it’s blowing explosives out your hands, being invisible, or having super strength, these characters are people we wish we could be. That concept alone makes for great entertainment.

Megan Thee Stallion is an artist who loves anime! She was even seen dressing up as Todoroki from “My Hero Academia,” as she rocked hair half-white and half-red hair. Her fans have even created their own fan art of Megan as Todoroki, calling her Todoroki Tina, which pulls inspiration from Meg’s standout mixtape Tina Snow.

REVOLT caught up with nine artists who listed their top five anime and why. View them below and see what all the hype is about!

“Some of these are older, but a couple of them are more recent. I picked these ones because they’ve all got really good storylines that I can relate to. I can relate to being an underdog and reaching your fullest potential in spite of challenges that life throws at you.”

“There’s always mad action in it and Yusuke and Hiei were always mad fly. They all have great storylines. Seasons that we’re running for years aside from ‘One Punch Man.’ ‘One Punch Man’ only have two seasons, but it’s madddd action. I used to have all the manga books for them, too, when I was younger.”

“‘Naruto,’ that’s just my s**t. “Naruto” should be on everybody’s list. Leader of the village s**t. ‘Attack on Titan,’ this one goes crazy, especially the Titans coming to kill the human race. It really gives you something to think about. ‘The Boondocks,’ an original classic. You can really learn a lot from this one here. ‘Bleach,’ this s**t is all about death and evil spirits, I f**k with ‘Bleach.’ ‘Avatar,’ I like how they can control natural elements.”

“‘Akira,’ the GOAT. End of f**king story. ‘Howl’s Moving Castle,’ I wanted to be howl growing up, he was that n**ga. A wizard with a moving house and a girl who can be any age. Whaaaat? ‘The End of Evangelion,’ I was depressed watching this movie when my mom was in jail. After it was over, I just cried and f**king cried. ‘Spirited Away,’ the other GOAT. Haku in that n**ga too, got love for No-Face too. Just iconic character designs. ‘The Boy and the Beast,’ wish I had a real and beast spirit dad.”

“‘Berserk,’ my all-time personal favorite because of Mirua’s (the creator) artwork in the manga. It’s beautiful. ‘Naruto,’ in my opinion, one of the best Shonen anime of all time. ‘Claymore,’ one of my favorites because all the characters who are fighters are mainly women. ‘Darker than Black,’ a great storyline, very unique. Not what you’d normally get out of a Shonen anime, more psychological. ‘Gantz,’ excellent anime. A must-watch.

“My favorite anime is ‘Golden Boy’ because it’s hella funny. The main character’s hella thirsty, but he’s smart too and he gets all the h**s. After I thought about it though, I had to go with ‘Akame ga Kill’! It was the first anime that made me cry. I don’t want to give anything away, but it’s basically Shakespeare in anime form. It gets you really connected to all the characters. The story ‘s super crazy and there’s a ton of action, too. Definitely recommend y’all check it out.”

“‘Soul Eater,’ probably one of my favorite anime of all time. The theme of the anime is basically connecting with the worst part of yourself and making it you! Accepting who you are, even as someone who’s situation differs from those who are most talented and fortunate.

‘Made in Abyss,’ this one has no supernatural powers, just actual bonding with two youths. A boy robot and a human girl seeking to find the bottom of an abyss, and slowly lose humanity as they go deeper. I love it simply for the fact it’s no super duper fight scenes or any extra anime tropes, but a story that makes anyone shed a tear. ‘Code Geass, this anime is the epitome of a show that can make even the hero a villain and a villain a hero to some. A child tyrant trying to take over the entire country, I encourage everyone to watch. A power trip study everyone should see.

‘One Punch Man,’ a man who defeats enemies with one punch is on the verge to find completion in his life by fighting an opponent who doesn’t die in a single hit. Episode nine and 11 will make anyone shed tears if you’re a fan of great animation and voice acting. ‘Bungou Stray Dogs,’ an anime made for adults, but it’s a Shonen. The themes it brings really help an 18-year-old realize the world before it hits him. I carry the quotes of this anime with me today.”

“Altogether I love all these anime because they remind me of my life, especially ‘Naruto’ and ‘Soul Eater.’ I love Akira because it’s Cyberpunk. I love the idea of 80s style in the future with Letterman jackets and juke boxes, but way in the future. My mom showed me ‘Dragon Ball Z’ when I was younger. She’s actually the one that got me into video games — ‘Mortal Kombat’ and ‘Sypro.’ Let’s not forget, ‘My Hero Academia’ is a classic!”

“‘Fire Force,’ I’m a mega fan of Atsushi Ōkubo’s art style and David Productions animation. Huge fan of ‘JoJo’ …so seeing those two names together was an instant hook for me. Compelling characters, beautiful fight scenes, and a whole lotta fire! ‘Demon Slayer,’ initially, it took me super long to get around to this anime. I’d heard all the hype and tried watching it, but couldn’t make it past the first few episodes without losing my attention. A friend convinced me to stick through and once I made it to the introduction of Zenitsu, I couldn’t get enough! The animation and fight scenes in the later half of the show are 10 out of 10.

‘JoJo’s Bizarre Adventure,’ too many things to love about it! Arakai’s ever-changing art style — beautifully animated by David Production — a new protagonist with their own motives that have nothing to do with the last protagonist’s. Every single season, a new story each time that takes place in the same well-written universe over the span of a few decades. Hilariously bad English!

‘The Promised Neverland,’ this show! Absolutely ridiculous, I’ve never been so impressed. Anime with no fight scenes, but doesn’t need it. A crazy plot twist in the first episode and a storyline that leaves you on the edge of your seat the whole time.

‘Devilman Crybaby’ changed my perspective on how I look at people as a whole. Even the play on the color palette between the protagonist and antagonist has a very “don’t judge a book by its cover” feel. We’re all rooting for Akira, but he looks like the devil, and we all hate Ryo yet in the end. He’s designed to look like an angel when he’s quite the opposite. 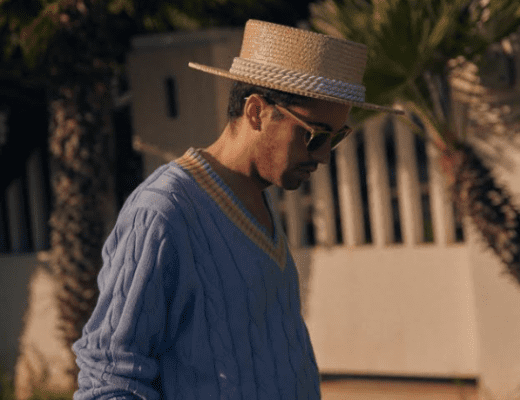 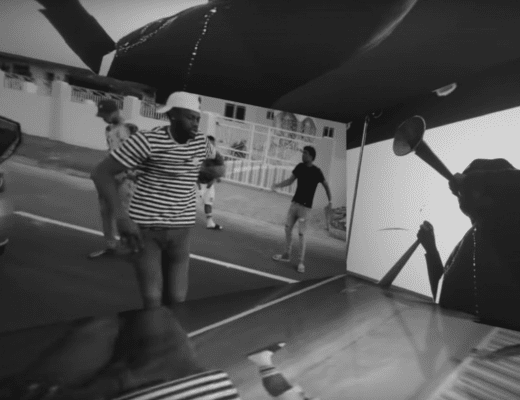 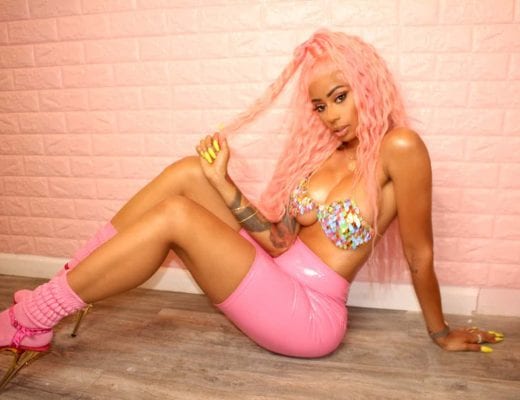