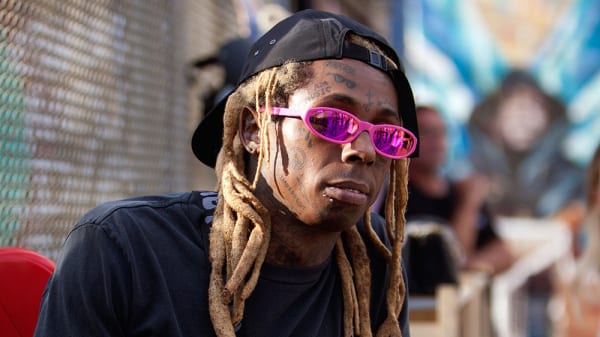 If one person has been central to popularizing the concept of artist-hosted radio it’s Apple Music’s global creative director Larry Jackson. Among his credits since joining the tech giant in 2014: Nicki Minaj’s Queen Radio, Virgil Abloh’s Televised Radio, Kendall Jenner’s ZaZa World Radio, and most recently, Lil Wayne’s Young Money Radio, which has been lauded for its hard-hitting conversations with the likes of Dr. Dre, Killer Mike and Dr. Anthony Fauci of the White House Coronavirus Task Force. It airs every Friday afternoon at 4pm PST.

“We’re No. 1 in hip-hop,” Jackson boasts of Apple Music. “Artists like Wayne, Drake, Travis, Future, Post Malone, Kanye all do really well on the service.” To be sure: Drake’s “Scorpion” holds the biggest first-week streams tally of any album on Apple Music. In second place: Wayne’s “Carter V.” Adds Jackson: “It was a natural if I could work it out to get Wayne to deliver the show.”

With Wayne manager Mack Maine, who also serves as president of Young Money, Jackson worked it out so the rapper and his crew could fly out to Los Angeles weekly to tape the show in Apple Music’s Culver City studios. Then COVID-19 hit and those plans were thwarted. Instead, Jackson set Wayne up to broadcast from his home base in Miami.

“We’ve done so much work by way of the iTunes Festival and different streaming events that we’re set up philosophically to support an idea of a livestream and to give you a high fidelity audio experience even with video,” says Jackson. The patchwork solution involved “banding together SIM cards from all of the cellular networks, sending that stream back to our homebase in Marina Del Rey, then putting it out on the airwaves on Apple Music and it’s live. It’s very risky but everybody felt comfortable doing it and it’s been an enormous success for us.”

Maine, a rapper and songwriter himself who first met Wayne as a pre-teen in New Orleans, envisioned the radio show as a way for Wayne to simply be more outwardly vocal. “In the industry, Wayne’s known to be a ‘unicorn’ and you don’t see unicorns — he’s not always ‘outside,’” says Maine. “To have a platform where people can get Wayne’s views on things and he could play his music also. Myself and Larry Jackson have been working on this for a minute.”

Wayne is a natural host who clearly has a rapport with his guests, which span entertainment and include comedians, advocates, politicians and artists. Jackson encouraged a focus on what’s happening on in society and the culture. The first episode featured LaToya Cantrell, the mayor of New Orleans, along with Wayne donating $100,000 by way of the World Central Kitchen. Lisa Jackson, who used to work for the Obama administration and now Vice President of Environment, Policy and Social Initiatives of Apple Music, offered to match that gift resulting in $200,000 earmarked for meals for residents-in-need.

Giving back is a hallmark of Young Money radio and on Episode 3, Eminem manager Paul Rosenberg was challenged to do just that. “Eminem’s the biggest artist outside of Aretha Franklin ever to come out of Detroit,” says Jackson. “I said to Paul, ‘I’d really love Eminem to give back some money to Detroit.’ Paul and I landed the number of $250,000. I then called my friend Jack Dorsey, CEO and founder of Twitter, to match the $250K. Two hours before the show, we were prepared to give away $500,000 when Jack Dorsey texted me. ‘Larry I’m down to do this, but how about we make it $750,000 so we give a cool million dollars to Detroit?’ Are you f–ing kidding me? Absolutely, let’s do it.”

A dream guest was Dr. Fauci, whom Jackson convinced to come on the show. As the executive recalls, the pitch was something along the lines of: “I know you don’t know me; I know you haven’t even heard of this show, but it’s become a real roaring success for us on Apple Music. We’re the No. 1 streaming service in Black music, and our community needs to hear what you have to say. They’re not on CNN; they’re not on ‘Good Morning America’; they’re not on the ‘Today Show,’ but they are on Young Money Radio. I promise you if you come on the show, it’ll have true resonance with the community.”

Coronavirus aside, the recent killing of George Floyd at the hand of a Minneapolis police officer has ignited serious conversations about race. Young Money Radio’s approach to such topics has been calm and measured. “As a young black executive in a real position of power and influence, I can’t use it for frivolous stuff any longer,” says Jackson. “Dr. Dre rarely does any interviews, but I felt that as an elder statesman and a real patriarchal figure for hip-hop, he would be the right voice given the fact that all I’d heard all weekend long were ‘f–k the police’ chants. Who do you think came up with that? N.W.A and Dr. Dre. Hearing Dre’s patriarchal perspective, he’s got a lot to protect. He spoke from the heart, he spoke honestly and he spoke well. He’s not everywhere, which is why his words had particular resonance. … And Dr. Dre [was] so happy that he did the show because there’s no Tweet or Instagram post that could have properly addressed his feelings about George Floyd’s death and what’s going on in America today. He had the opportunity to really express himself on that show with Wayne, whom he respects. Kevin Hart as well — when he came on, it was a real opportunity for him to talk in real time about what we’re going through as African-American men, and as a society in America as a whole. I’m taking a tremendous amount of pride in this platform serving as a pulpit for these conversations to be had.”

(Worth noting: since Floyd’s death, N.W.A’s music has held the No. 1 spot on Apple Music for weeks.)

When it comes to Young Money Radio, Jackson sees this as a long-term run. “As long as we have this civil and social unrest, it’s our responsibility as African-American men to carry the torch for our community and talk about the issues that affect us directly from our perspective — to control our own narrative and do it in a way that’s thoughtful, intelligent, and thought-provoking.”

Maine also notes that, if you survey the crowd at a Wayne concerts, it’s diverse in race and age. “The platform that we have is the same,” says Maine. “If we can bring people of different walks of life together in this one place, you can help them get a breather from everything that’s going on. For those two hours, we can actually relax and enjoy some good conversation, also take something away from it. That’s perfect, it’s needed.”

Jackson and Maine go back more than 20 years. In 1998, Jackson’s career started at San Francisco hip-hop station KMEL, where he served as one of the youngest Music Directors in the station’s history. “Bring it back to the late 90’s, early 2000’s, the Bay was it,” says Jackson. “I remember I threw a Cash Money All-Stars concert at the Oakland Arena in January of 2000. I booked Wayne as the headliner based on my relationship with [Cash Money co-founders] Baby and Slim.”

Jackson went on to positions as head of A&R at Arista Records, during which he produced albums for Whitney Houston and even won a Grammy for working on Jennifer Hudson’s debut, before moving over to Interscope where he worked with Jimmy Iovine who led him to the Beats family.

As for Maine: “Mack is a great guy, he’s an unsung hero in the Young Money franchise,” says Jackson. “He’s such a cornerstone and pivotal part – the adult in the room. Honestly, the stewardship and shepherding over the past 10 years of Wayne. Some of us are a little more bashful to tell our stories than others, but I have to tell his story for him. He deserves to get a little more credit.”

Indeed, it was Maine’s tenacity that made Young Money Radio happen. As Jackson explains:  “Each new idea, each thought is challenging because it’s new, novel, and unheard of. From what we’ve done with Drake to the adventurous deal with Frank Ocean to bringing Nicki Minaj on for Queen Radio, all of that was uncharted territory from an entertainment perspective — especially how we use our platform. Mack didn’t move on me. He could’ve taken it someplace else. He could’ve said, ‘Larry, you know what? This is taking way too long, I love you but I gotta keep it pushing.’ He didn’t do it. I’ll do anything for those guys because they proved their loyalty to me in the process of actually making this deal.”

While Apple doesn’t divulge tune-in numbers, Wayne himself touted on social media that 2 million tuned for an episode in mid-May. “It takes away from the message a lot of times,” says Jackson of such metrics. “That goes down to the overall philosophy at Apple Music: we decided from day one that, unlike our competitors, we weren’t going to publish the number of plays or monthly listeners an artist has. … If you give people good content, they’ll return.” 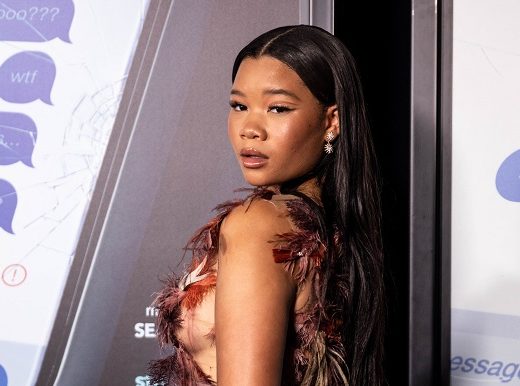 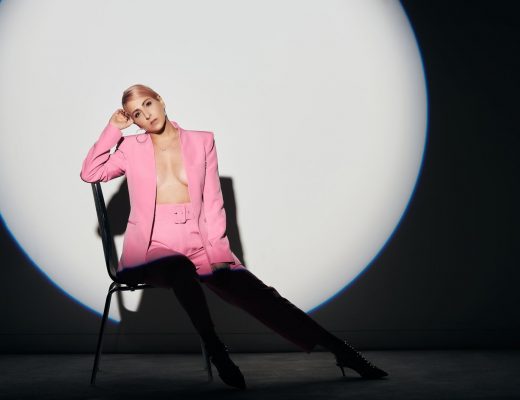 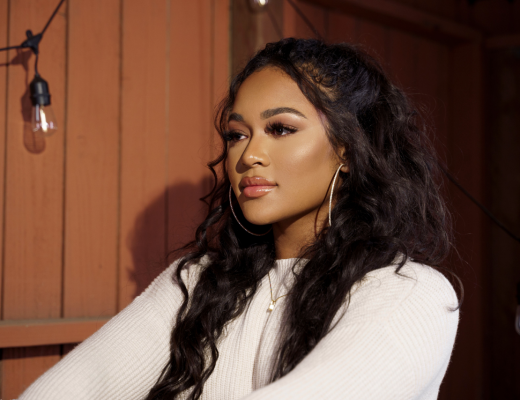