YSN FLOW: 16 YEARS OLD & ON HIS WAY TO GREATNESS 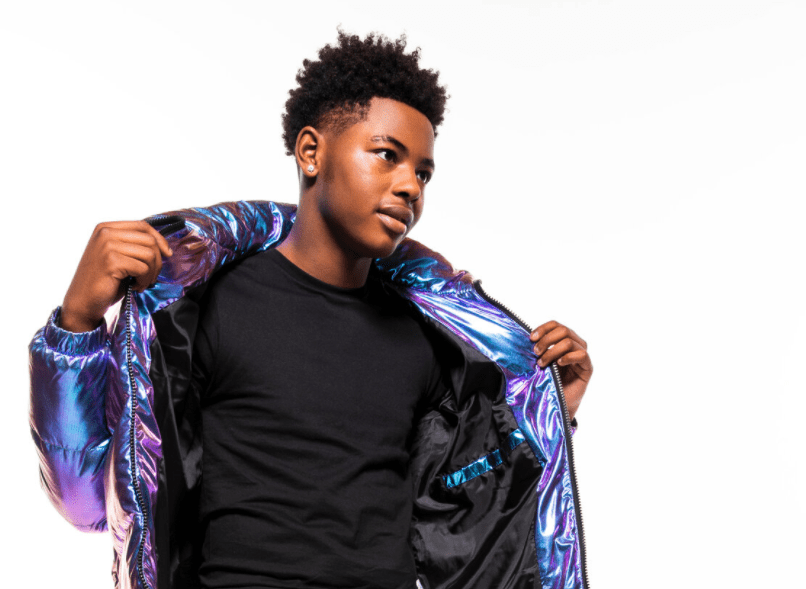 YSN Flow is 16 years old and already declaring his place in the rap game. Hailing from Cleveland Heights, Ohio, born Kamron Ford could care less about what most teenagers enjoy, he’s focused on becoming one of the greatest to ever do it. It was during school when he copped a Snowball microphone from target, snatching his mom’s laptop and recording songs in his bedroom closet at just 13 years old.

With an undeniable talent in the booth, rapping and singing authentic lyrics in real time, Flow hasn’t let his foot off the gas pedal in the slightest. Last year, he released his standout single “Want Beef?”, which currently hails over 5.3 million views on Youtube and counting.

Most recently, he unleashed his debut mixtape titled FLOW $ZN — which doesn’t even even begin to touch the new music he has in the vault. Coming from true humble beginnings, Flow gives hope and motivation to the masses who feel stuck in the struggle, proving they can turn their life around just like he did.

Flaunt caught up with YSN Flow via Instagram Live to discuss the new tape, his unreleased music in the vault, love for designer, and more!

How you holding up during quarantine?

I’m at the house in Ohio. I live in Ohio, I go to LA a lot. I’ve been making music during quarantine, I have a house in the stu now. They’re about to do a little rioting and looting in Cleveland. They talking about hitting Saks tonight, I’m there. On my mama. If they hit Saks, free designer? What the fuck, anything free is good.

What are your thoughts on everything happening in the world right now?

I don’t think the looting is necessary. It’s like fuck it. If they’ve already started it, it’s not going to end. I’m definitely getting me some free drip. N*ggas from Cleveland are going to be coming on the ground: purple jeans, new Balenciaga’s, all types of shit. This is once in a lifetime.

“Want Beef” was a huge record for you, how have you evolved since?

Back then every song I used to drop, I’d write. But now every song I’ve dropped since “Want Beef 2.0,” I straight freestyle.

Why did you switch to freestyle?

Because when I try to write, I start to overthink shit and I don’t fuck with that. It makes me not want to record a song. When I go in and freestyle, I get high and go to the booth. Shit be flowing off of my mind. I like it better like that. I don’t freestyle the whole song, I’ll do a line, punch in, do another line.

At the same time, writing got you one of your biggest records.

Yeah, I really don’t know why. As I grew up, I didn’t like writing anymore.

What inspires you the most?

Congrats on the release of your tape Flow $ZN! How’s it feel to have this out?

It’s my first one, but what I have coming in the future is not even comparable to Flow $ZN. My new music is so out of the water. Flow $ZN is the best music I had at the time. Looking back on it, I see that I’ve improved so much as an artist. I’m ready to drop new music.

What was the creative process behind Flow $ZN?

It wasn’t even really a creative process, all the songs were really recorded at different times. A month or 2 before the tape dropped, I put a whole bunch of songs together with the ones I liked the most. I sent them over to my team, told everyone send me back a track list. It was a deadline for the last day I had to send in my tracklist, so I didn’t even pick my tracklist. YSN Jayo sent me a checklist and I used his. On God, I sent them over what he sent me.

What’s one thing you want fans to get from the tape?

I wanted to show my versatility and what I can do. That was my starting point of showing what I can do with this music shit.

How old are you now? You were 16 the last time I interviewed you.

I’m 16 still. My birthday isn’t until January, I have a while.

How are you balancing being a kid and being an artist?

I don’t be feeling like a kid forreal. I’m at the point where I’m doing grown man shit. I’m taking care of shit even grown men aren’t taking care of at times. You have to mature and prepare for it.

How did you link with Lil Tjay on “Bad Vibe”?

When I made “Bad Vibe,” I was originally in Cali and YSN Jayo was on it. We got done with the song, I sent it over to my A&R. He’s like “damn, this bitch is hard as fuck. We should get Tjay on it.” I talked to Jayo, he’s cool with it because he already had a song on the tape. They sent it over to Tjay’s team, he got the feature done. We didn’t even link up for that one, but we had linked one time before that. I met him at a restaurant when I was on a label tour.

You released the music video for “Prescription.” What were you going through when you recorded this?

I couldn’t tell you. That was one of those fun days because I was 14 when I made that song. My hardest songs, I don’t be wanting to drop them bitches. When it dropped, I heard the song so much because it got played so much. It’s so old, it felt like it was already out.

The visual is crazy!

Yeah I called the director, he asked me what kind of video I wanted. I was telling him I wanted it to be some trippy shit, some shit n*ggas have never seen before.

Whose idea was it to have your face melt in the mirror?

That was mine. I told him I wanted it to look like my face was coming off. He did some extra make up shit. He slapped some shit on my face, I’m like “wtf are you doing?” I was thinking of some hard shit to put in the video.

Melvoni and them pulled up, they told us not to smoke in the house that we were in. We ended up going upstairs into one of the rooms, hotboxed the fuck out of the room. Melvoni and his n*ggas, me and all my n*ggas.

How much gas are you blowing throughout the day?

During quarantine, I’ll probably smoke a zip a day. In between a half and a zip a day on God, I go through a zip in a day or 2.

How’s the weed out there?

I’ve been smoking ZaZa. I don’t know what other n*ggas smoking, but I find the ZaZa out here.

How much you dropping at Saks?

You love them Purple jeans.

They’re jeans, but one of the best pairs of jeans to me. They’re only hard because they have a tag on them that says Purple.

Are you super social media savvy?

Hell yeah. Not going to fake, I’m a smart ass n*gga. I be doing extra shit, looking up shit. When I dropped “Want Beef,” I made that myself blow up myself because I figured out the Youtube algorithm.

What can you do on YouTube besides uploading it?

When you upload on YouTube, the best thing to do is make a video with a title that nobody else has. Nobody else had the title “Want Beef.” It makes it easier to hit the Recommended page. Let’s say you make some weird shit, the first day it gets a thousand views. The next day gets a thousand, your shit’s going to hit the algorithm like this [snaps]. Because nobody else has your title, it’s a cheat code.

You actually started out on Instagram, commenting on rappers’ pages.

Yeah, that was my first way. That shit was easy too, it’s a cheat code to all this. Commenting was even easier because once you comment on 3 people’s posts in a row, Instagram will send your shit straight to the top. I look shit up though, not going to lie. [chuckles]

I go on IG about 3 times a day, probably for 5 minutes. Instagram is so boring, I’m not trying to look at no fucking Stories.

One time we’re shooting a video, we’re walking outside and these girls walked past us. One of the girls started crying, telling me she loved me. That’s the best one because it made me feel like I was really doing something. People are watching and listening.

Besides the music, what do you like to do for fun?

I record, smoke, play the game. I literally don’t do anything. I play NBA 2K, but shit be boring.

Making money. I’ve been trying to invest a lot. I have one house I bought, then I have a company I’m getting started right now. It’s real estate property. Me and my mom, I’m trying to work on some shit for women who were in domestic violence situations. The city could send them to that house, basically a safe house.

Talk about giving back to the community at such a young age.

I know God didn’t put me in this position for no reason, so I try to bless people as much as possible. All of my n*ggas know, I blessing the fuck out of n*ggas.

I have a song on the way called “Kobe Ain’t Dead.” Growing up, all my big brother did was watch Kobe play. He really fucked with Kobe. I wasn’t one of them n*ggas who’d be like “Kobe!” But my brother really fucked with him, so I seen a lot of him growing up. 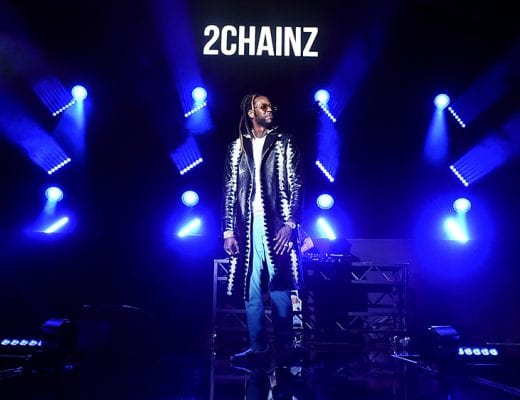 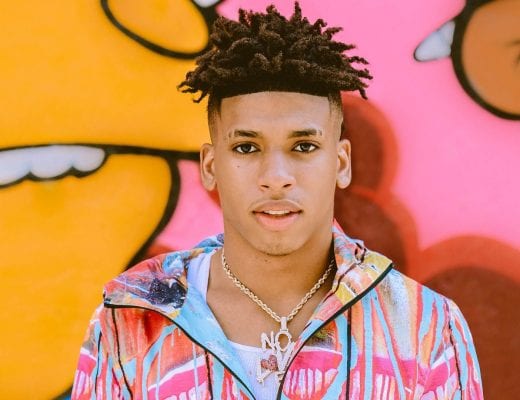 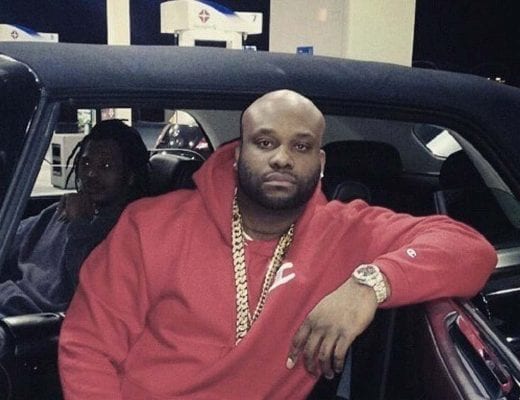