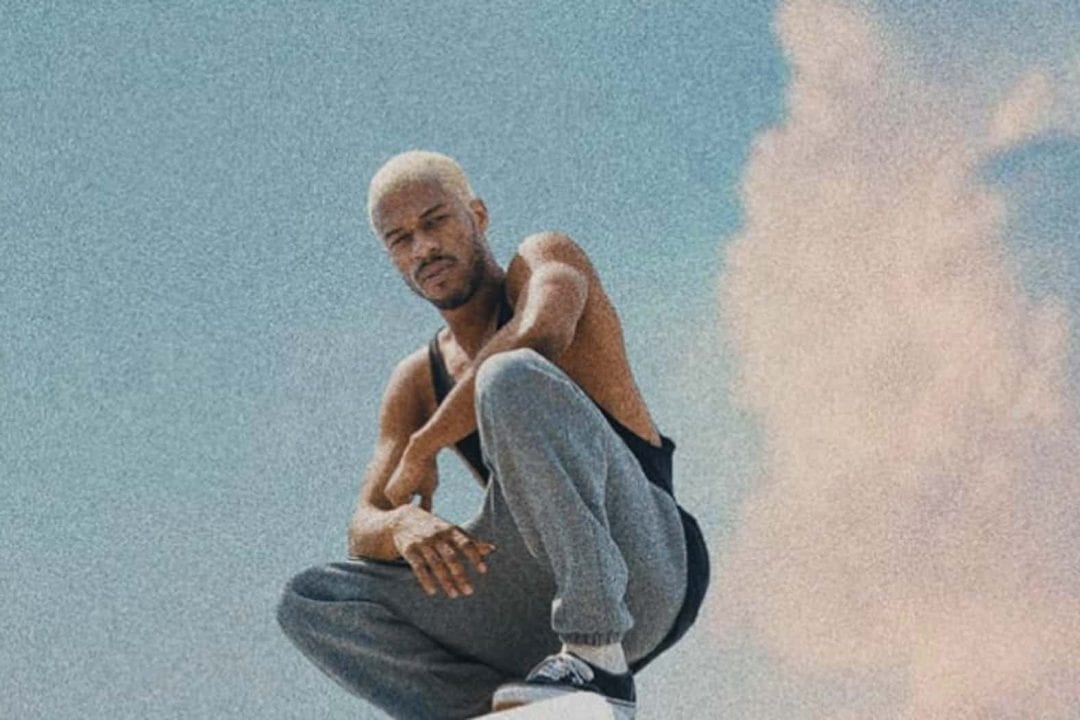 Kayo Genesis is here to make sure real hip-hop is alive and well. Boasting 21.8K followers and counting, the Palmdale native describes himself as a leader into the new world order, voice of the people, sigma, activist, rapper, and creative director. His current Instagram bio reads, “If you knew what I could do, you’d try to hire me. I’m what tomorrow looks and sounds like.”

In 2018, Kayo released his standout record “Woke,” which speaks volumes to the current times. Soon after, he followed it up with his debut album titled Bad Sushi, which quickly accumulated over one million streams spearheaded by singles “Distance” and “Hometown.” At the end of last year, he teamed up with BIA in an explosive Asian-inspired “Edible” visual.

In 2020, he continues to bless his fans with meaningful music and content. His latest single “Circulate” sees himself in New York City carrying a 90’s era aesthetic we all know and love. Regardless, he continues to push the narrative and spirit with his progressive music style.

AllHipHop caught up with Kayo to discuss his new single “Dopamine Detox,” activism, linking with Bia, goals, and more!

AllHipHop: Heard you moved to Brooklyn, NY, what fueled this?

Kayo Genesis: My team is out here. Everything was getting set up here and I wanted to experience New York, see how the culture was. But it’s been a weird time.

AllHipHop: How long you been out there?

Kayo Genesis: Uhh, I miss home. [laughs] There’s a lot going on, I wish I was around everybody. For the most part, I’m having a blast out here. Making the best of it. The sun’s out, so today’s fire.

AllHipHop: I know activism is huge for you, thoughts on everything going on?

Kayo Genesis: I’ve trained myself to look at all the good possibilities coming out from the situation. I see all the negatives going on, they aren’t anything new to me. I’ve been educated on what’s been going on my whole life. Everybody’s in this conversation, breaking their stories and understanding each other in the surrounding system that we live in. I want to say it’s a good time. It’s a terrible time of what’s really going on in the streets but as a human species, we’re elevating so that’s cool.

AllHipHop: What do you think needs to happen?

Kayo Genesis: People need to focus on what it is they want to see happen in the world and work towards that. More specifically in the black community, we need to continue the mission which is to build wealth in our community. Build ourselves up from the years of terrorism and not really depend on the people who have been terrorists for the last 400 years to help us do that. We’re at a time where we feel so dependent on the system at place that we’re out of touch with the nature of how we can move outside of the programs. It’s a time to understand, to re-educate ourselves more on the subject. Really get in the line, start looking into where the world’s moving towards and what part you want to play in that. It’s hard enough because everybody has their own needs, values, goals. At least on a global scale, we’re more connected than we’ve ever been, so that’s the positives.

There’s all types of things that we could do to move towards unity, peace, experience a better life, happiness. We can move towards everybody’s pursuit by understanding what’s going on around us on a systemic level, on a level of hatred and fear that floods the systems, the schools, the medicine, the food, the politics, the media. It’s been an underlying tone for this country since forever. It’s really tough. I know we’re stronger as a unit, as a people. That’s the most important part, that understanding of connection on that level. You know the war at hand, it’s a game of focus right now. A lot of people are angry in the black community, of course for reasons that’s been happening but also not knowing how to get out of it. We’ve been set behind the bar, so it’s about getting ourselves together. Noticing the destruction, the deceiving in all that’s going on around us and really focusing on building ourselves up, providing value for the world. Gaining independence, getting land, building for communities. One day at a time.

AllHipHop: What does your song “Woke” mean during a time like this?

Kayo Genesis: It’s a term that a lot of people shunned and said I was using to get clout, which is funny. That’s what people do, they find the negative and they use that story. They focus on the negative and I can’t help that. I want to establish myself in this industry. Woke to me is having a further understanding of something in any subject. If you’re high-end educated in one certain field, you’re woke to that. That’s how I use the term. It’s subjective of course, like a lot of art. You might know more about animals than the next person, you woke on the animals, If you’re up on game, you’re more in tune with it.

There’s a lot more to unpack in the actual song. I’ve always been educated on the real things at play that a lot of people seem to ignore, and I make light of it. Everything dark comes to light, so I like to put light on certain situations. The song’s a lot, it’s crazy. I’m over here thinking about the lyrics like dang, I haven’t visited that song in a long time. Everything comes in cycles. There’s definitely a relation, it’s really a story about the new generation fighting the old oppression, power, and systemic racism at play. It’s a joker story.

AllHipHop: “Dopamine Detox” is such a powerful record. Bring us back to that studio session.

Kayo Genesis: “Dopamine Detox” produced by Jonecks, a super talented producer. The song highlights the times, the situation we’re moving to, the world we’re moving closer to. It’s about detoxing from the addiction that’s the connection we have with our portals and cell phones. Anybody who’s seen WALL-E, The Matrix, or Ready Player One understands that we’re moving into this cyborg world. “Dopamine Detox” is about taking a break from all of it and reflecting.

AllHipHop: What’s the meaning behind that visual? There’s snow, then your eyes go crazy.

Kayo Genesis: Everybody’s the same way right now. Even around my household, we’re glued to computers and a lot of people are doped up off of it. It’s not necessarily a good and bad thing because you can argue in both directions forever. There’s definitely a lot of good and bad from the use of our devices, but I also highlight how culture is becoming the new judge and jury of how we move, how people should act, what we do. I’m reflecting on the times. I reflect on what’s going on around me.

AllHipHop: You were scrolling the Gram in the video, thoughts on social media?

Kayo Genesis: In that reference, there’s a part where I’m scrolling a bunch of videos of myself. It’s literally this mirror, we’re creating a picture and creating the things that we want to see for ourselves. It’s a dark reality if you will.

AllHipHop: What are some ways we can detox from society?

Kayo Genesis: It’s easy, turn your phone off. Spend some time, practice focusing. Focusing is what we’re getting away from or having less of, it’s creating new issues. That’s the main issue. With our phones on and everything going on, we feel we have to keep up with everything. We have FOMO, fear of missing out. I remember having it consciously, but then deciding to miss out and be okay. Be content with being alive, that’s something we don’t highlight. We’re always trying to do and go, the next thing, next thing. So much to do, but a lot comes with reflecting, meditating, not keeping up with everything all the time. Spending more focus on whatever it is we’re doing, the task at hand. It’s not easy because it’s an addiction like any crazy drug. Not in a bad way, it’s become necessary. I like touching on things not a lot of people touch on, things actually important to me.

AllHipHop: How was linking with Bia on “Edible”?

Kayo Genesis: Me and Bia have a whole freaking record, video out. Bia’s so much fun on set, she’s really cool. We all had a good time. There was a little hiccuping with the producer and trying to figure out lighting, normal production stuff. But everybody had a good time, brought the energy.

AllHipHop: How was touring with Buddy & Amine?

Kayo Genesis: Man, life-changing. It was definitely a high every single night for a month straight. Amine, good energy. Buddy, good energy. Me and Buddy from the West Coast, it was turnt. Drinks every night. We brought a good time to the people. I was a new artist. Nobody really cares or wants to see the opener, especially if they’ve never heard the person. It was a surprise and a good social experiment for me because I got to witness people vibing out to music they’ve never heard, all over the country. That’s big for me. Being able to crowd surf with people I’ve never embraced was phenomenal. Seeing the world, I couldn’t be more thankful for the opportunity. I had a lot of fun.

AllHipHop: What goals do you have for yourself at this point of your career?

Kayo Genesis: Definitely I want to release a few more projects, projects with some bigger names in the industry. Create greater music, more real concepts. Touch on some things a lot of artists are skipping. Not in a bad way, but tell my perspective. I’m always trying to bring perspective into the situation. There’s a lot to cover. A lot of new instruments, new ways of collaborations, new types of artists, new genres, new sounds, new formats. I’m excited.

There’s a few YouTube channels I want to start. I want to release all the music I’ve been hoarding for years. People ask “where’s the music?” Get everything right. More collaborations, bigger projects, bigger budgets. The goal’s to have a following where I can create with my fans, create with my family, create with my friends. I want to get the music to people and have a good time, make sure I give as much as I can while I’m here. [chuckles]

Kayo Genesis: As much chaos is going on, it’s a good time to start having real questions and critically thinking about those questions. Doing the research ourselves to figure out what’s going on and how we can live better lives ultimately, with each other. Really switching the narratives and understanding people that have hatred or have that fear in them. It starts there in the mindset. 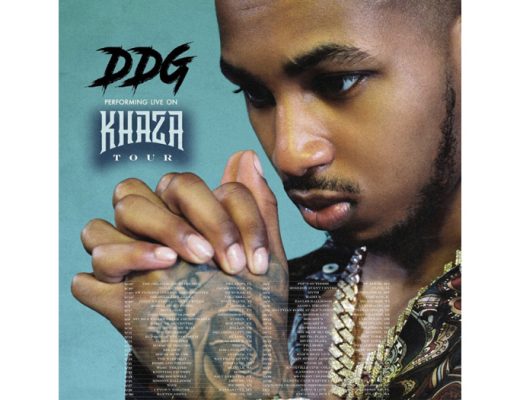 DDG Breaks Down His Outfit While On Tour With Kevin Gates 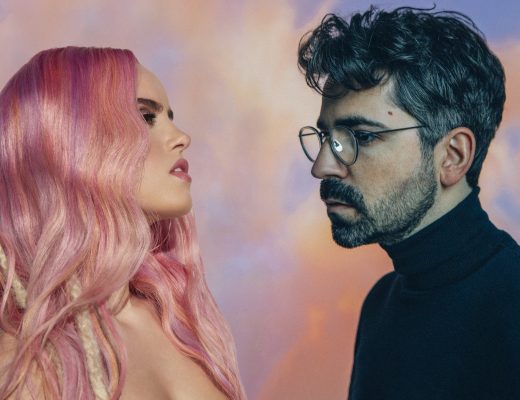 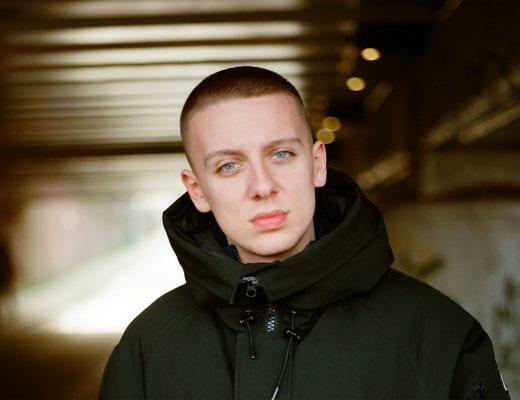