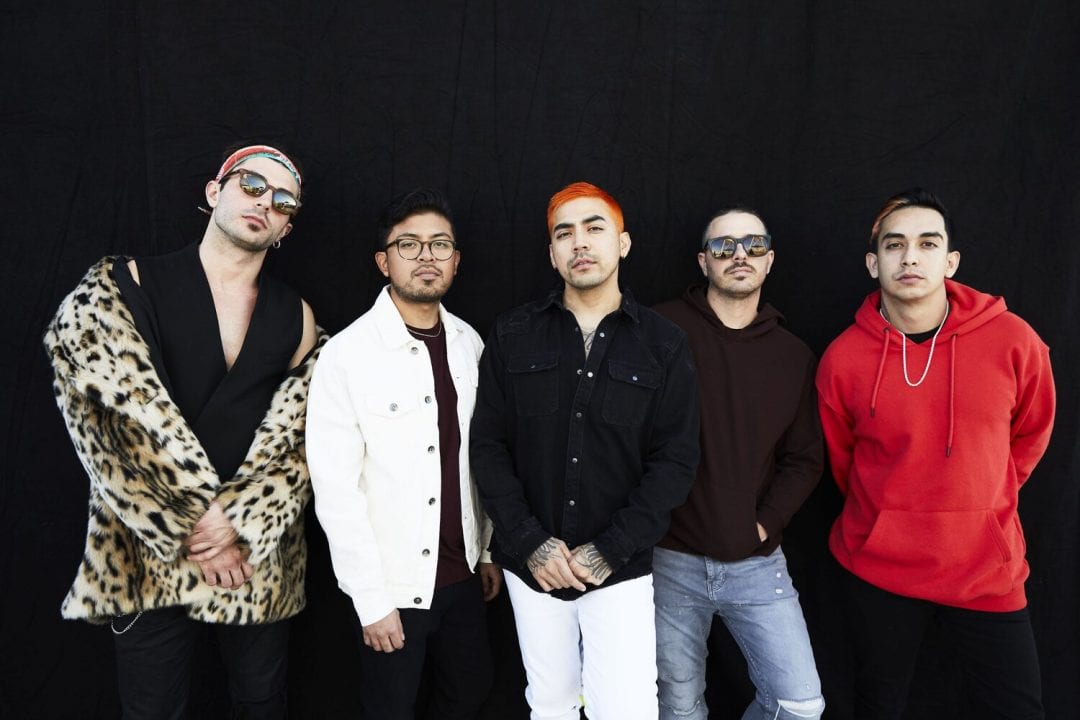 4th & Orange are the reggae/rock band of this generation. Hailing from Long Beach, California, where the sun is shining and the energy is always uplifted, the group consists of lead singer Garrett Douglas and keyboardist Chris “DJ Irey” Garcia (long-time friends hailing from LBC), bassist Xande, drummer Sam Ward, and guitarist Ricardo.

With the success of their single “In The LBC,” dedicated to their love for their hometown, 4th & Orange quickly declared their place in the music industry. Most recently, the song received a standout remix from Warren G, which comes full-circle as the original song pays tribute to Dove Shake’s 1995 smash “Summertime in the LBC” featuring the legendary West Coast rapper. In any case, the group’s diversity and ability to coincide to create one cohesive sound is much appreciated, proving love and unity conquers all. Plus, their Douglas’ lyrics are relatable to the masses.

Flaunt received exclusive points of view from each member of the group, who all spoke on what their new single “Story of My Life” means to them. In addition, we chatted with Garrett (formerly known as Beach Boy) about adjusting to the quarantine, his inspo behind “Story of My Life,” goals, and more!

As of lately, I’ve seen a lot of responses to our new song “Story of My Life” saying it hits close to home for a lot of people. The world’s slowly reopening open again, and I can’t wait to create the music video for this song to show the world what it actually means to me. It’s deeper than words, it’s an actual story of my life.

Long Beach is my home of paradise, love being in the studio and staying creative. I spend most my time in the home studio I built with my pop, actually where me and Garrett wrote most of our music growing up. If not in there, I’m probably surfing somewhere in Orange County. Our new single “Story of My Life” I hope can relate to people the way it relates to me. Whether you view it as an old relationship coming back to haunt you or an addiction to something you can’t seem to get away from, we’ve all gone through it one way or another. Plus the music is FRESH!

Xande | Bassist (Brazil, been in Cali for 6 years)

I used to play trombone for “Móveis Coloniais de Acaju” before I moved to pursue a career as a producer in LA. When my friends Irey and Garrett invited me to join 4th & Orange as a bassist, I had no doubts about how much I wanted to share the stage with them, along with Ricardo and Sam. It’s been a wonderful ride and I know it’s just the beginning of a long journey! Our new single “Story of my Life” is a very special song that carries a pop/reggae beat with a strong melodic content. Anybody can relate to the lyrics too.

I’m the only East Coaster in the band. As a kid, I grew up playing in punk rock bands, which led me to ska and reggae in high school. I attended Berklee College of Music and graduated with a degree in Drum Set Performance. I studied all kinds of music like jazz, funk, R&B, but I always fell back on my roots. It’s been a blessing playing in 4th & Orange, I love these guys. I love what we’ve only begun to create as a band. “Story of My Life” speaks volumes, my favorite part about the song is Garrett’s lyrics and how deep he goes if you listen closely. We hope to keep you guys vibing, listening, and moving. One love!

I’m a self-taught guitarist and have been in a couple local bands. 4th & Orange was a different, more ambitious project. I’m lucky enough to have met the guys, love them. Super talented. We are always vibing and you can feel that in “Story of My Life” (and the music video). We’re cartoons, which is so cool!

First off, I love your energy.

You have to have this energy because you’re starting to see all the things slowly but surely open up. Sports are opening back up, production studios, etc. The energy’s coming back, I’m not fucking alone anymore.

Once you get used to it though, it’s weird. I’m getting used to something I don’t want to get used to. Knowing that I’m not going out today and I got used to it, it fucking sucks.

It was cool because it gave us a step back to realize when things stop working on the “live show” side of things, what do you do? You lock up with your close ones and make a lot more music to get ready for when the quarantine is over. For us, we had no obligations to be at any shows coming up so we felt so free, knowing we wouldn’t necessarily be rehearsing 5 days a week. We’re going to be mostly recording 3 days out of the week, no time constraints. We’ve been getting so creative, it’s actually been a real peaceful experience.

Congrats on your new single, “Story of My Life.”

Thank you! It’s definitely something different from what we’ve been doing, but still plays a big role in who we are. We want to be very pop, without losing our reggae fans thinking it’s too pop. When die hard reggae fans think it’s too pop, they stir away. If we can find that perfect blend, then we’re winning on so many spectrums.

Who or what inspired that record?

Nick Ferrer (from the label) knows a guy named Lucas Secon from New York. He sent us a record that he thought we’d sound good on. It had those lyrics on it already, I made minor changes. The song really meant something to me because it was written about a girl, but I translated it as the story of my life where I used to be addicted to drugs 3 years ago. I’d always think I could cut my borders off and stop it from coming back into my life, but then here it goes. My addiction kicked back in and I want it again, I want it again. Even though it’s destroying me, it’s an ongoing battle I was never going to win because I let it back in my life. Even though it says “her” and “she,” it really relates to the damn pills I was taking and all that other shit that wasn’t good for my body. I took the record in because I made it more about my life, that’s a big part of it.

Who’s idea was it to pair it with an animated visual? It’s really cute.

It was Atlantic’s idea. We had a sick concept, I was going to visually show people how this song could be about addiction. I was going to play a role as a person who’s buying drugs in the video, we’re going to shoot it in Miami. It was going to be dope, then COVID-19 came along. Now, we’re all stuck in a house. The song’s coming out when it’s coming out, so how do we attach as much content as we can without being out in the world?

It comes down to beautiful technology, artists who know how to take a song and still create a visual for people to enjoy. That way they’re not listening through an MP3 over Spotify, they’re adapting to something they can visually see. It turned into a Looney Tunes video, it was awesome! That was the artist’s idea, Toon53 Productions made it their own. They sent us over such a sick drawing: took our picture from Atlantic Records, drew that, made it move and animate. For me, I couldn’t have seen it going another way.

How was headlining Reggae 360 Summer Kickoff?

It was dope because we’re still a new band, to headline anything is a big move for us. One Love Cali Festival in Long Beach, we’re definitely the little names at the bottom. At least we were a name at the bottom, that’s a big achievement for us too. But to be headlining a show, especially when it’s a new virtual show that people need to connect to because we’re all locked up together, it meant a lot to us. We spent 2 months quarantined up and out of nowhere, we get to release all that built up energy. It was right in front of a camera to a whole bunch of people, Reggae 360 definitely hooked us up by putting us on the spot. We killed it, we all enjoyed it.

What did it mean to get Warren G on the “In The LBC” Remix?

Anybody from Long Beach, I believe the OGs and the ones who did it before you from the city have to give you the okay. They have to cosign for you because they’ve done a lot to pave the way for us. In order to show people you’re going to do what they did, they have to say that for you. The OGs have to look down and say “yo, they’re doing it. I like their movement.” I’ve been making music in Long Beach for a long time. When Warren G jumped on that song with us, it confirmed I’m doing this for a real reason. That someone else is noticing. When someone so great like Warren G notices us and sees what our message is about, it gave me a lot of leverage out here in Long Beach. Back to my people I grew up with. I honestly couldn’t be happier, I thank him so much for that.

How’d it feel to have the “Only You” video hit a million views?

It was dope because for any video to start shooting up like that, they have to be super creative. People have to like it. It’s actually a cover of an 80’s song that we did. We didn’t know how it was going to go because the 80’s song sounds so much different than ours. It was a different style back then. When we made it into a reggae track, we didn’t really know if it was working until we saw a million hits. Once we saw the million views, we knew at that moment it definitely worked. We’re definitely looking to do more of that in the future.

What goals do you guys have as a band at this point in your career?

Our main goal right now is reaching out and extending our fanbase. We got the Atlantic deal, a lot of pressure on us because everyone else on Atlantic is killing it. Such a good label right now. We have to show them we’re ready to grow, which is why I’m bummed out about this COVID thing. Our concerts got cancelled, our tours. We were on tour with Collie Buddz, we were on tour with Natiruts, it all went out the window. Now we’re all patiently waiting until the world opens up again. Once it does, our main goal is to get back out there, performing the music that we spent so much time making. The outreach, finding new fans who are going to love 4th & Orange like I know they will.

Same thing I try to preach when I’m on stage: just be yourself. Everybody’s beautiful, we need to work together with the #BlackLivesMatter situation going on. It’s very tough, but I look up to so many black men. Kanye West, Michael Jackson, Michael Jordan, Kobe Bryant, those are all my idols. If any of them ever need to know, I’m definitely here with them, they’re my brothers. We’re all one family. 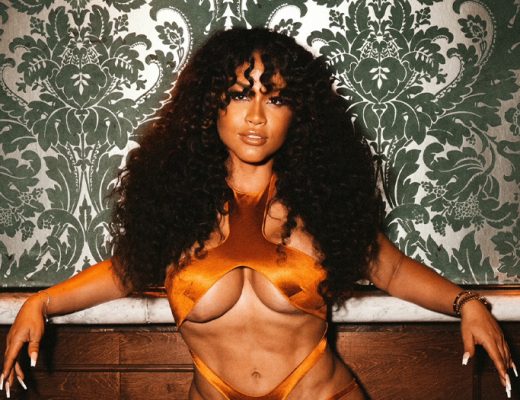 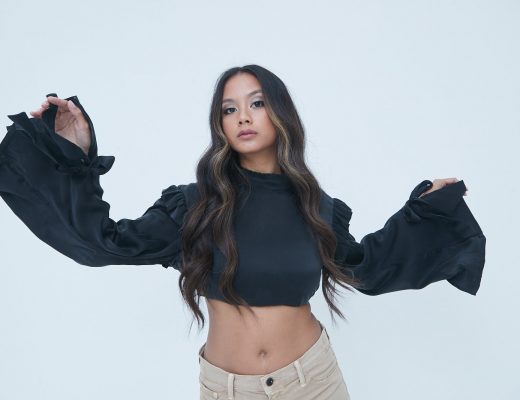 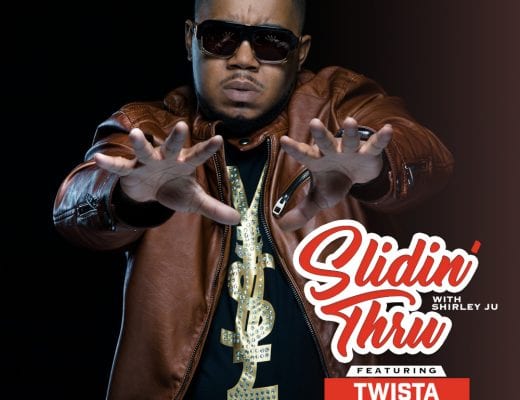