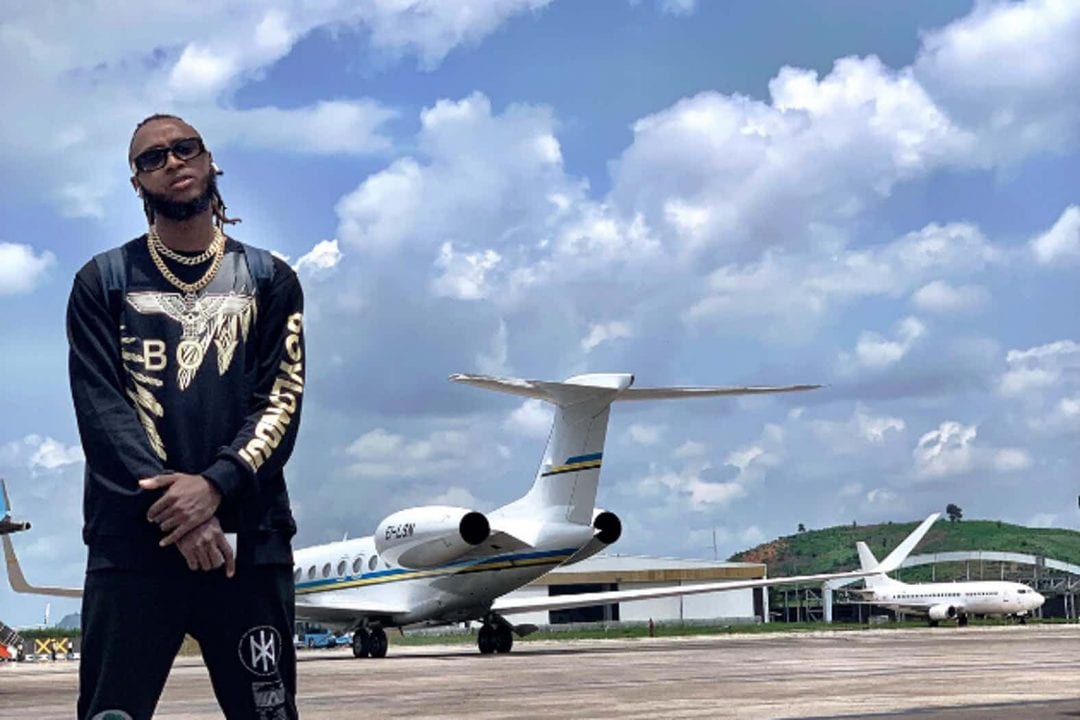 YUNG6IX is here to bridge the gap between Africa and the States. The African songwriter, recording artist, and entrepreneur describes himself as “the biggest trap star ever from Nigeria currently,” which comes to life full-fledged in his music. His sound and style arrives as the result of mixing both trap hip-hop and Afrobeats to create a brand new genre he coins ‘Trapfro’.

With over a decade of climbing the charts in Nigeria’s rap landscape, 6ix has unleashed 5 standout projects, 2 of which charted Top 10 World Projects on iTunes (2017’s High Star and 2016’s EP Billionaire Ambitions EP). With 2 million followers on Instagram alone, he continues to use his platform to push his culture forward — proving the sky’s the limit when it comes to chasing your dreams.

Most recently, 6ix released his highly-anticipated new album titled Introduction To Trapfro, 11 tracks to bring listeners into his own world, which includes an unwavering love for both hip-hop and African music alike.

AllHipHop caught up with Yung6ix via Instagram Live to discuss how the Trapfro sound is unique, shooting with Davido, studying after Drake, living in Los Angeles, and more!

AllHipHop: How long have you been in LA?

Yung6ix: In and out a couple of years, but recently a year now. I love it. It’s the closest we have in terms of weather in Nigeria, I love the weather.

Yung6ix: It’s 90 degrees, 90% of the year. It’s really hot. You know when you’re in LA, sometimes in the evenings it gets cool and breezy. That’s the advantage, it’s better because there’s a balance.

AllHipHop: Talk about bridging the gap from Trap to Reggae.

Yung6ix: I make music called Trapfro, influenced by the music I listened to growing up. I grew up in the south side of Nigeria, which is different. A lot of people don’t know the area, they think everyone from Nigeria is from the coast. I’m from a city called Warri, Delta State, the South-South part of Nigeria. We listened to more music from America: American rappers, American singers. We literally idolized the Western celebrity culture. I grew up listening to 50 cent, Fat Joe, Lil Wayne, Eminem, all those guys. That’s where the inspiration of being a rapper came from.

Yung6ix: I realized that hip-hop had an evolution called trap. At the same time, we have a sound called Afrobeat. That’s our culture. In Nigeria, when you start making a lot of sound and you’re not using Afrobeat, they start seeing you as making non-cultural music so they don’t promote or embrace it. Trapfro’s a way for me to create an African sound that they could call their own people’s sound, not sound like anyone else. This is our thing called Trapfro, you’re free to make whatever type of music you want and still have people embrace it the same way they’d embrace something if it was theirs.

Yung6ix: In school, you like an artist so much people start calling you that artist. People started calling me 50 Cent. One day I gave this guy some money, he started calling me 60 Cent. My nickname was 60 Cent, a lot of people called me 60 Cent. After recording my first official song, they’re exporting the song like “yo what’re we putting as the name of the artist? You want to do 60 Cent as your official name?” I said “no, I’m not doing that.” People had already attached the 6 to me so if I didn’t have 6 in my name, I thought I was losing a bit of the audience I’d already built. I kept the 6, added my touch to it. I wanted the name to still stand out and be unique, that’s why I spelled it Yung6ix.

AllHipHop: When did you realize music could be a career for you?

Yung6ix: Oh man, this journey started a long time ago. I was in high school recording music, it’s the only thing I wanted to do. I went for a competition and became notably one of the biggest rappers in school. It made me popular because I represented my school in the competition, everybody’s like “who’s this kid? He raps like Lil Wayne.” From the moment I stepped out from that stage, I realized the only thing I could think of is how to get on the next stage, how to make a song, how to make a better song. I kept doing that until 2010, 2011 when I made a cover and it went viral. I got an opportunity to do a record deal with 411

Entertainment/Storm Records, signed with one of the biggest labels in Africa.

AllHipHop: What’s one thing you want fans to get from Introduction to TrapFro?

Yung6ix: I want people to enjoy the project first of all, that’s the reason we make music. I want people to get the message in the music. On the “Intro,” I’m not rapping and showing off how talented I am, I‘m touching on important things happening in our society. Police brutality, police out here breaking all the laws, those are lines I wanted to catch their ears. When the “Intro” ends, you hear things happening in Nigeria with all the politics. On the same record, I’m telling you about how we had no food to eat and not knowing where I’m going to sleep next. Up to the point where the pilots recognize me because I fly so much these days. I want people to connect through those stories, and necessary environmental stories to share with the world.

AllHipHop: You just released the visual for “Energize,” what inspired this record?

Yung6ix: “Energize” is actually one of my favorite records on this album, it defines Trapfro. If you hear the beat, you can’t point one direction it’s coming from, if it’s Afrobeat or hip-hop music. You already know the vibe’s from Africa, then you hear the flows and you’re like whoa. It’s almost like Drake rapping on a Wizkid beat. That’s the feeling of the song, one of the first songs I recorded when I got to LA. The final version, I have one of the biggest singers in the south side of Nigeria.

AllHipHop: Talk about shooting it in Los Angeles, in front of the Hollywood sign.

Yung6ix: That was the most memorable part because while we’re shooting, I had so people walking up to me, subscribing to my Youtube, asking who I was. They didn’t even know who I was, but they felt the energy I was giving. They showed me love and became a fan.

AllHipHop: How does your fanbase compare from here to Africa?

Yung6ix: 90% of my fans are from Africa, most of them are in The African diaspora. I have 20% of my fans over the world, and 60% in Africa. It’s growing everyday. Currently in the US, my biggest audience is from Atlanta, the second biggest is New York, the third biggest is Washington D.C. Growing step by step.

AllHipHop: Do you miss Nigeria?

Yung6ix: Yeah, I miss the food.

Yung6ix: It’s a vibe there. When we eat food at home, it’s a different vibe. The environment adds to the taste.

AllHipHop: A girl says “this isn’t the usual African music.” Why is that?

Yung6ix: The sound speaks for itself. There isn’t a big artist from Africa with a similar sound to mine. My vibe has trap in it. Also, the finesse of how both sounds connect is different and unique. Trapfro’s not a hybrid genre, it’s also a solution. I’ve met a lot of African and American artists who try to make Afrobeat music and it doesn’t sound as original as when Afrobeat artists do it. They don’t have a blueprint to guide them for the sound they’re used to and what they’re interested in making. It’s going to make it easy for Lil Baby for example to make an Afrobeat record after listening to Trapfro.

AllHipHop: Is Lil Baby one of your favorite artists?

Yung6ix: Yeah, Gunna and Drake. Ever since Lil Wayne went to jail, I listened to Drake more than any other rapper. Drake’s actually one of the study cases when I was making my Intro to Trapfro album. I had to study why he’s the most successful rapper or artist, why he’s doing billions of streams when nobody else was doing it. I went to the backend to do my homework on Drake and actually learned a lot from him. I make music that connects to people and relates effortlessly. If Drake was Nigerian from our city, how would he get on this record, sell it and make a billion streams? That’s the state of mind I put myself through in making it. It helped me make the song “Energize.”

AllHipHop: How did you build a following for yourself? You have 2 million on IG.

Yung6ix: Consistency, promotion, content. Putting out this album, I’m going to gain another million followers between now and the next 18 months. From my experience, that’s how content works. Once you put out content, people start getting the vibe. They follow you, more people get interested in your music. It’s really about consistency, always communicating with my fans.

Yung6ix: It has to be Davido because I love his stories, they’re always interesting to watch. It’s fun to watch most of the time. I get what his point of view is and how he moves, plus he’s my guy.

AllHipHop: Talk about working with him?

Yung6ix: Oh, he’s amazing. He’s crazy talented. When we got done with the song, we lost the data. A lot of people don’t know we released the song a year after they recorded the song. The day of the video, Davido missed his flight from Atlanta. We had to shoot without Davido. When he came, we had to shoot another video. It was crazy.

Yung6ix: Anything else you want to let us know? 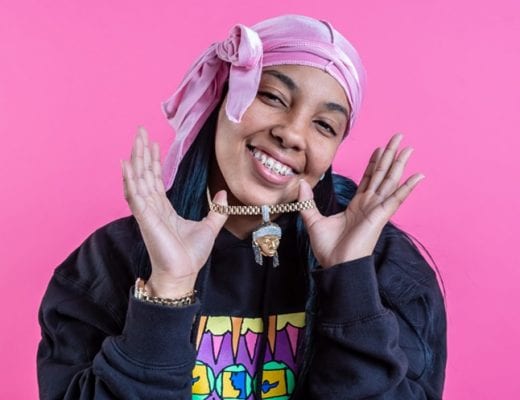 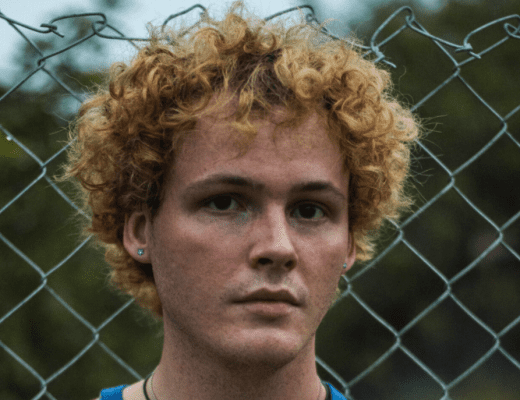 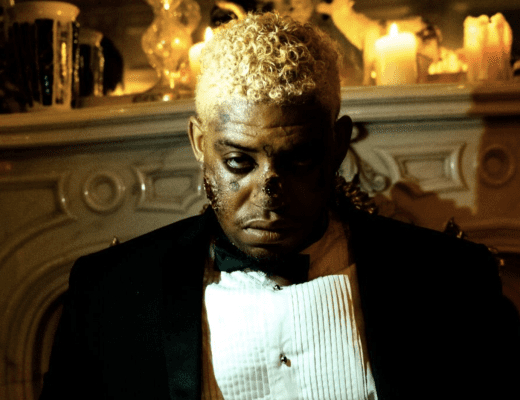