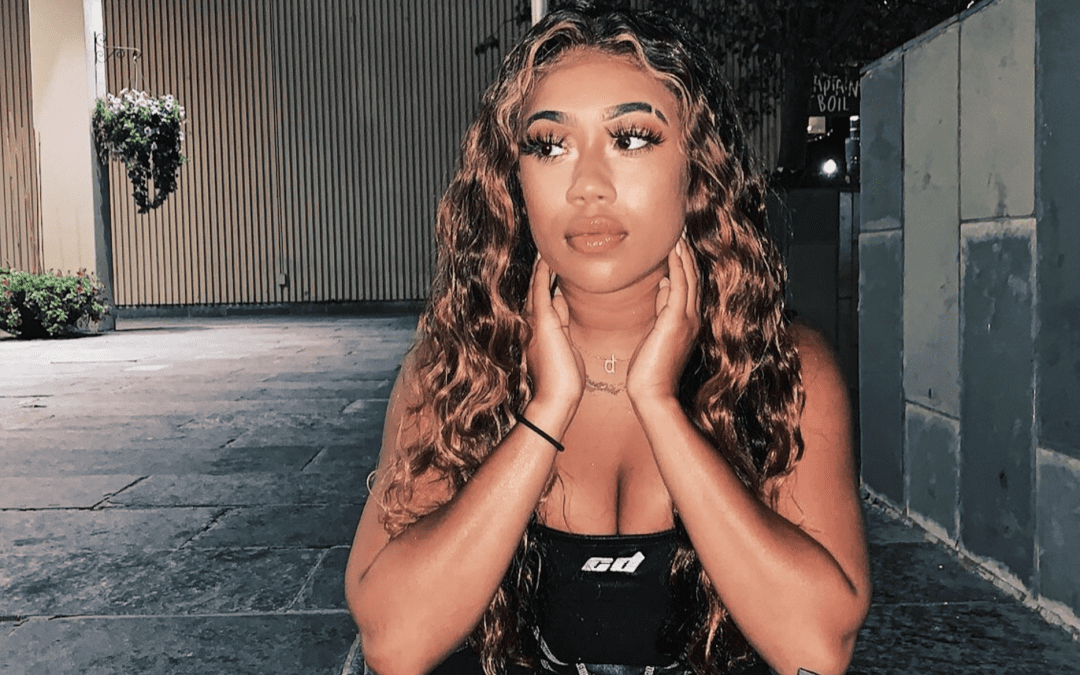 DJ Rosegold is the plug when it comes to Toronto. A music-lover down to the core, she’s also a proud entrepreneur and CEO of two thriving businesses with a huge passion of giving back to her community. Having only begun deejaying in 2017, the 23-year-old is a walking testimony that hard work and dedication yields results — especially when you stay genuine and true to yourself.

Earlier this year in January, real nameDahlia Palmer was handpicked to deejay for Barack Obama — one of the first DJs in Canada to do so. Whether she’s doing corporate gigs, shutting down festival stages across the world, opening for Jessie Reyez on her sold-out tour, or serving as Savannah Re’s tour DJ, she makes it a point to set a vibe and give the crowd an experience they won’t forget. When it comes to genres, dancehall and hip-hop are her expertise.

When it comes to her hometown, she prides herself in personally taking care of artists such as Lil Mosey, Jidenna, Swae Lee, and King Combs as they travel to Toronto for shows, via her media agency The House of Milo (named after her dog). Most recently, she started a new venture titled The Hungry Gyal, inspired directly from her foodie self. Through selling gourmet takeout meals from restaurants across the greater Toronto Area, a percentage of proceeds will go towards Afri-Can Food Basket, an organization in the 6 that provides meals and food to Black families in need.

Flaunt caught up with DJ Rosegold via FaceTime to discuss her upbringing in Toronto, launching her companies, importance in giving back, and desire to move to Los Angeles.

Being from Toronto, how does that play into your life and career?

Toronto’s such a huge melting pot. I’m Jamaican, but my neighbors are all different nationalities. It’s definitely awesome because you get immersed in such a multicultural environment. You see different cultures and backgrounds while you’re growing and putting your work together. I will meet someone in America and tell them I’m a DJ and they’re like “that’s dope” but as soon as I say I’m from Toronto, they’re like “omg, Toronto?” They go crazy based on that. People know about Toronto and that it’s a really dope place, but they don’t know a lot about it. A lot of people want to work with me because they want access to Toronto, they want to know what they can do here because it’s an untouched area right now in the industry. It helps me grow in my professional field and also my personal life.

Is Drake a big part of this Toronto curiosity?

He is, he’s a big part of Toronto. A lot of artists from Toronto aspire to get a co-sign from Drake. He’s definitely one of my favorite artists, for sure. Drake definitely influenced a lot of the culture but one thing people don’t know is Drake also feeds off the culture, from people here that people don’t even know about. A lot of his influence comes from the multicultural people that live here.

What were you doing before you started deejaying 2 years ago?

I was actually in school studying to be a French immersion teacher. I wanted to be a teacher my entire life. I was at York University in Toronto. Through all my studies, I wasn’t the best student. I’ve never been that good of a student. I wouldn’t have high standards for myself, I was always on the fence if that’s what I really wanted to do for the next 5 years of my life. I was still in school while I was deejaying. I was traveling all the time, wasn’t getting my assignments done. I made the decision to drop out and focus on deejaying wholeheartedly, haven’t looked back since. 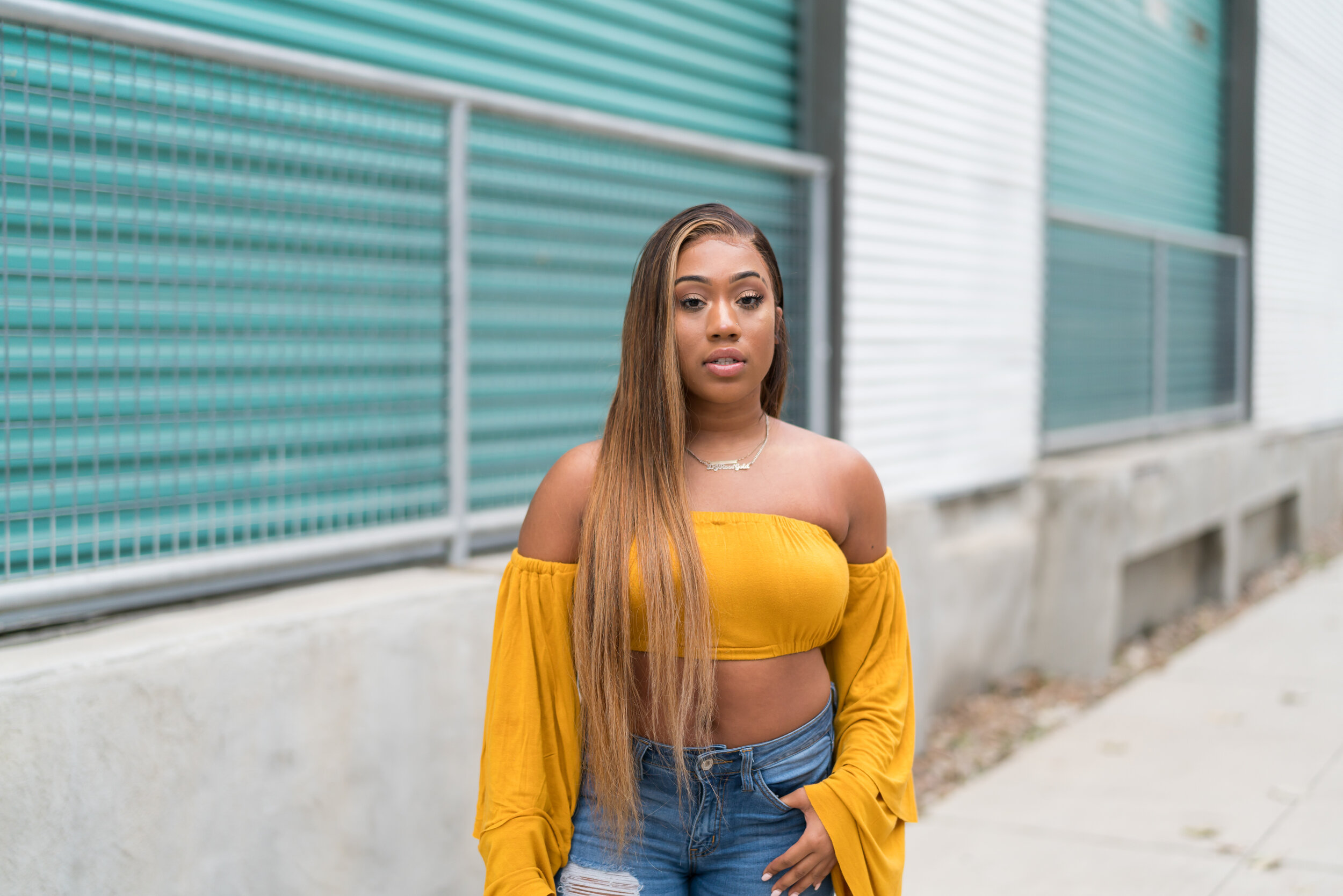 How did you learn how to deejay?

I had a bunch of DJ programs on my phone for a really long time, that I’d use for fun. One day I went to a music store, basically our version of Guitar Center. I bought a controller, I asked “how long do I have to return this if I don’t want it anymore?” I wasn’t sure if I was actually doing this. I started practicing and thought “nope, I’m not taking it back. I can actually build a brand and do this for real.” A DJ named DJ Gallis in Toronto took me under his wing. I was at his house once or twice a week, he’d teach me how to deejay on his own time for free. Gave me all his music, he really helped me develop my craft.

How would you describe your DJ style?

A lot of my inspiration comes from dancehall. Deejaying dancehall and soca music is so different from hip-hop. You play small parts of the song then switch, it’s a lot of juggling. My  style’s based on the way dancehall and soca DJs play, but I’ll play hip hop. I’m a performative DJ. I like to jump out on the stage, get the crowd hyped. I don’t like to stay behind the booth, I like to do outrageous shit when I’m deejaying. The festival type shit, that’s my thing.

You deejayed for Obama in your hometown, that’s incredible.

It’s still crazy that even happened. One of my really good friends in Toronto, Rookz is a part of a bunch of committees in Toronto. She’s so dope, she does everything. She recommended me to deejay for that event. They asked her “who do you know in Toronto? Who should deejay?” They had a big list of people they wanted to contact, but she said “nobody’s DJing except for Rosegold.” She’s put me on to that event.

What was the highlight of that experience?

The Obama event was considered a corporate event, obviously it’s not a club event. The majority of the corporate events I do, I have to play that boring music. I don’t have to do much work, play whatever for background music. Obama puts out a playlist every year of his favorite songs, I literally studied it. What I loved about his selection, he likes a lot of dancehall, Spanish, and reggaeton music. I was able to play anything I wanted, even though it’s a traditional corporate event. There were maybe 8,000 people there, it was cool to be on that stage in front of the entire city.

You’re also a CEO of your media agency House of Milo, what’s the premise?

House of Milo started because I put on this really big mixer every year called Rosé the Mixer. It’s an interactive, networking mixer. I was sick and tired of going to events where they throw you in a room and you have to figure it out for yourself. There’s 600 people there all playing Name Bingo, playing games. There’s different colored wristbands for whatever industry you’re in. I specialize in experiential events. I did those events all the time, then people started asking me to do events for them similar to that.

I said let me build a company where I do all of that, instead of it being under DJ Rosegold as a brand. Through that, I do events for artists and different brands. I do PR for artists. Say an artist wants to be featured in a magazine or article, I’ll take care of that for them. My favorite thing under the House of Milo is that I’m an artist liaison. My clients have been Jidenna, Christian Combs, Lil Mosey, Swae Lee. I do pop-ups, get club bookings, get them dining at restaurants, cars etc. I’ve been able to thrive doing those things from touring and deejaying, being in certain rooms with certain people.

You also started a new venture, The Hungry Gyal!

Gyal is a Carribean word. I started The Hungry Gyal as a food blog, posting food I’d eat out. Anyone who knew me before knows that my DJ Rosegold page was either me deejaying or me eating, that’s it. I decided to start a different page so I could separate it. People have been asking me to sell my food for a really long time. Obviously with traveling, that wasn’t possible.

Food that you cook?

Exactly. Hungry Gyal, I made my own signature menu. I have burgers, pasta, wings, etc. My branding sets me apart from every other fast food brand and home chefs. I have customized stickers and tweet stickers. If you order a box of wings, you get a tweet on your wings. One says “wings are the answer, it doesn’t matter what the question is.” Really cute things like that.

Talk about the GoFundMe campaign you started, inspired by the #BlackLivesMatter movement.

I want to see young black youth thrive in Toronto. I started a campaign, we’re raising money so I can employ black youth in Toronto. Whether they want to learn how to cook or get into hospitality and food service, or on the other side of the spectrum I’m also teaching them social media marketing, branding, digital design. I do all my accounting myself. I’ll employ these youths to do all of this for the business.

Why’s it so important for you to give back?

I wouldn’t be where I am if people weren’t helping me in the beginning. I spent my entire life in restaurant jobs and working for companies that didn’t give a shit about me (except for one). I want to show the youth there’s such thing as a positive work environment and having a good work/life balance. I have so many resources and so many connections, I’ve networked my ass off but that’s been from me being fortunate enough to be able to travel. Not everybody’s fortunate enough so I want to give back in any way I can for those who don’t have the opportunities I’ve been blessed with. 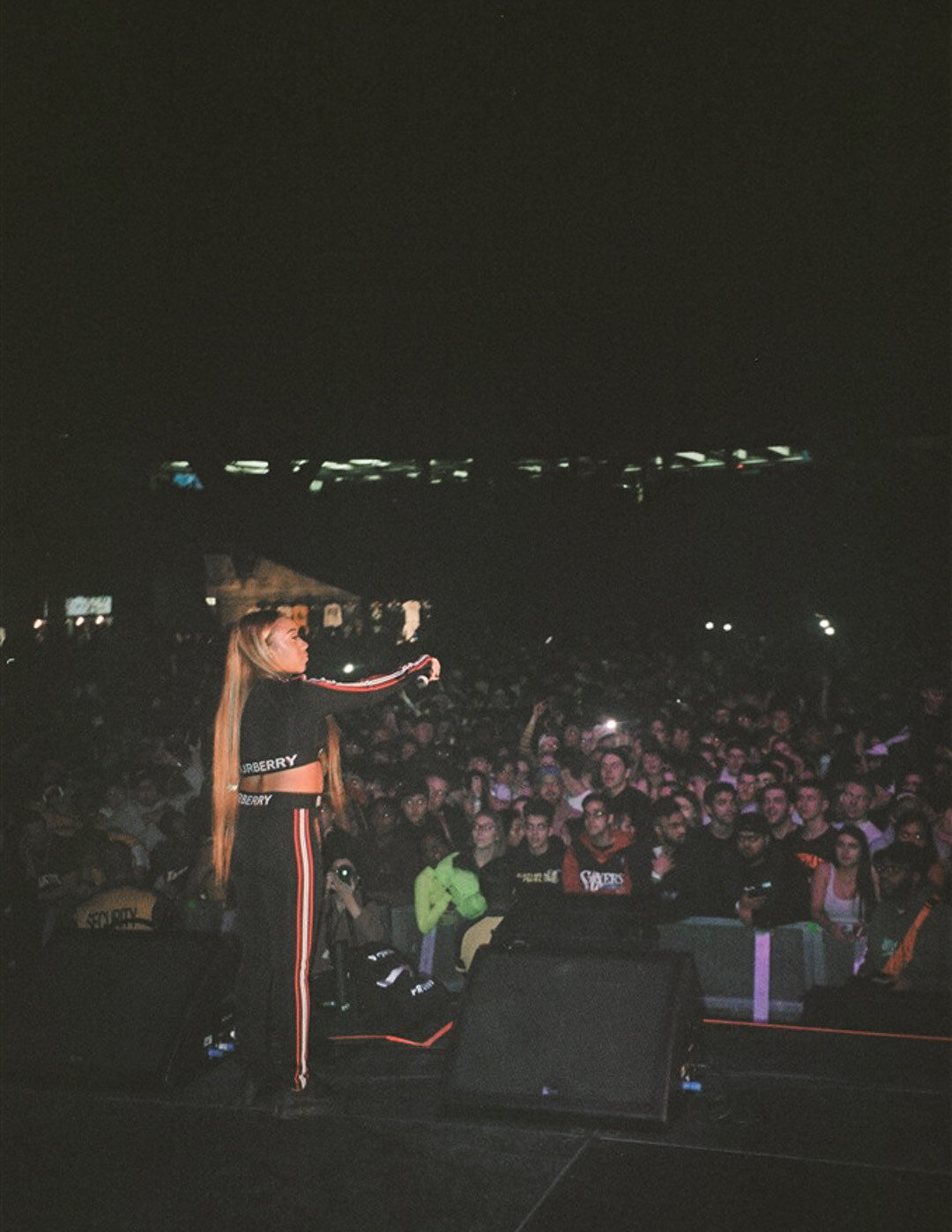 How do you have time to do all of this?

That’s a good question. When I have the answer, I’ll give you a call. [laughs] I procrastinate a lot, I can’t lie. I was talking with my best friend the other day. I got a white board, put it up in my room and put down everything I need to do. It’s visually right in front of me. I use Google calendar a lot, that’s my best friend. Even the smallest things like a hair or nail appointment, dinner with this person. The most random shit, I write everything down. Things will come up like that [snaps] and all of a sudden, you’re off track.

What does it mean to be a strong, black female in the entertainment industry?

One thing we as women need to do is to empower other women. Look how many men are rappers, look how many men are CEOs of companies and record labels. There’s so much room for all of us, we’ll thrive the best if we all work together. There’s no point in stepping on each other’s toes. You do so much better when you collaborate, so many more ideas. We can all make it together. We can all share resources and connections, we can all grow together. There’s billions and trillions of dollars in the world, we can all be successful together. 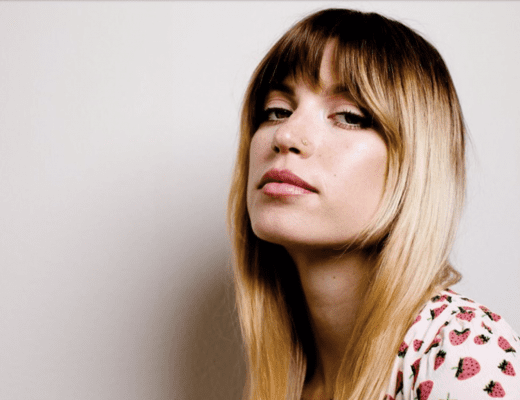 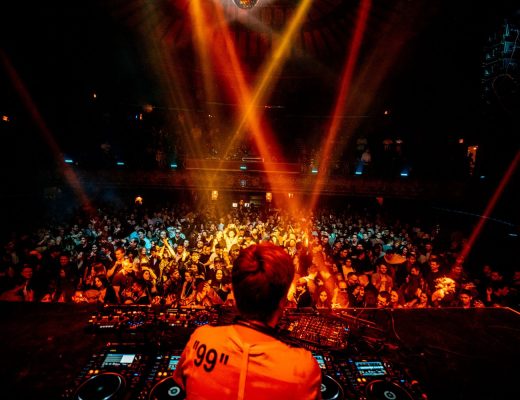 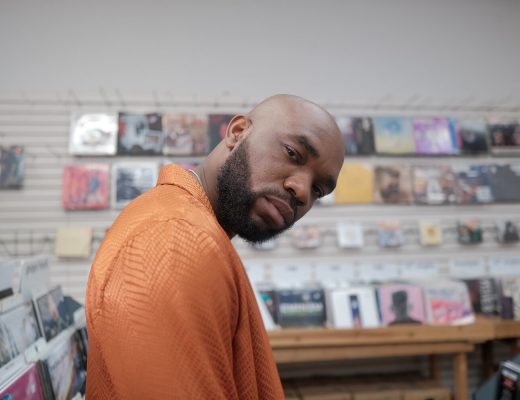