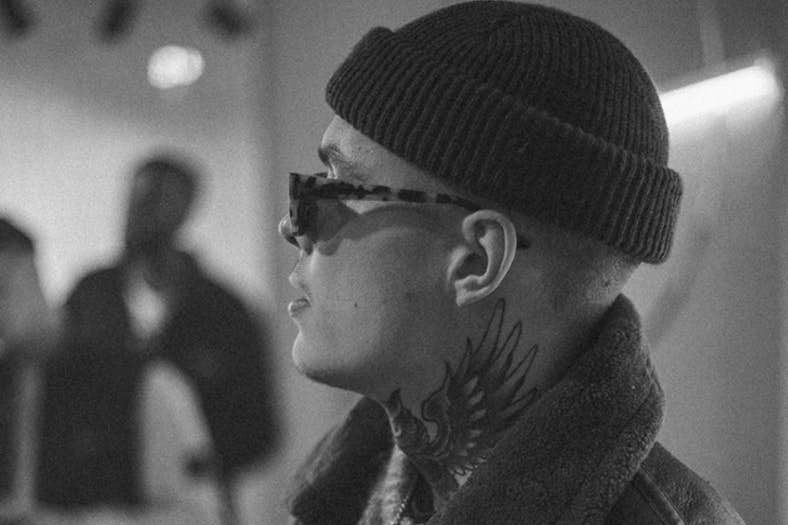 MD$ is here to put Finland on the map, while trying to break into the US market. The Grammy-nominated, multi-Platinum producer and DJ has had some major success when it comes to placements, co-producing “Never Know” for 6lack, “Bone Marrow” for G-Eazy, “Push It” for Kevin Gates, and “Diamonds” for Normani and Megan Thee Stallion.

Now he’s focused on not only traveling to Los Angeles (whenever the pandemic ends), but also releasing his own production EP with features from friends G-Eazy and Danny Seth. Additionally, audiences can expect a documentary on the reality of an overseas producer and the difference in cultures compared to the States.

The name MD$ means “million dollar smile,” which he got when he was “young and stupid.” He fondly recalls thinking “I’m not going to smile until I get my first million,” and ended up breaking that promise.

AllHipHop caught up with the 27-year-old via FaceTime who was posted in Helsinki, Finland, to discuss his upbringing in Finland, biggest influences, his placements, fatherhood, and more!

AllHipHop: Being from Finland, what was the household like growing up?

MD$: It was cool. My parents were separated when I was super young so I was always going back and forth from my dad and my mom’s house. I had plenty of siblings too: 3 on my dad’s side and one on my mother’s side so it’s been busy taking care of children. Music was always there as well because my mom’s a singer and my dad’s drummer. Music’s always been in the family.

AllHipHop: Who were your biggest influences?

MD$: That’s a hard one, damn. When I first got into rap and hip-hop, it must’ve been 50 Cent. That’s who really sucked me into that whole sound and genre. It was the wave, the catchy hooks, the beats, they really hooked you in.

AllHipHop: How did you get into producing?

MD$: My dad actually, he downloaded Fruity Loops 3 when I was 14 or 15. He had it on his computer and I always used to play around with it. Wasn’t really doing anything serious, I was messing around and seeing what you could do with it. I was 15 when I actually started taking it serious. I thought “alright, these beats are starting to sound good. I’m getting somewhere.” From that moment on, I kept on working and working.

AllHipHop: What were some of your favorite placements?

MD$: I had plenty here in Finland before I had anything in the States or the UK. I was working with the biggest artist here but I felt it wasn’t enough for me. I went to London, I met some guys there: a group called Last Night In Paris and the rapper Danny Seth. Danny ended up getting signed in LA, then Danny and G started working together. My first major placement there was G-Eazy featuring Danny Seth, a random track they dropped.

AllHipHop: What was that big artist in Finland?

AllHipHop: How did you land in a writing session for 6lack’s “Never Knew”?

MD$: That song was random, I didn’t even know who 6lack was when I first heard the track. At that point he wasn’t really that big yet, he was coming up. A friend of mine named Fweslaxsh must’ve sent the beat to someone working with him and it ended up on the project. When it came out, I’m like “oh damn, this is crazy.” It ended up getting a Grammy nomination and all that, crazy. Crazy story.

AllHipHop: How’s it feel to be nominated for a Grammy already this early in your career?

MD$: It’s crazy, it just happened. I landed on it, it’s a blessing.

AllHipHop: Talk about your own production EP you’re working on. You have features with G-Eazy & Danny Seth.

MD$: It’s going to be fire. It’s going to be some bangers, then some experimental s##t. It’s going to be a mixture of different types of s##t. The first tracks will probably be out by the end of this year, hopefully. This Corona situation made it harder because I should be there [America] right now, but I can’t. I have to wait it out and see what’s going to happen. As soon as this thing clears, I’ll be there working on this project.

AllHipHop: You plan on moving here or working here temporarily?

MD$: Yeah, I’m going to move there. I got 2 kids here so I’m obviously going to be doing the back and forth thing. Maybe a few months there, come back for a month with the kids. I have to come up for an arrangement for that.

AllHipHop: You have a 7-year-old and 4-year-old. What have you learned from fatherhood?

MD$: A lot man, discipline. I had to grow up at an earlier age, step my game up. That’s a big part of why I started going really crazy with the producing and DJ s##t. When I got the news I had a baby on the way, that gives you a different kind of drive.

AllHipHop: How was it on stage with G-Eazy?

MD$: It was cool. I’m used to performing because I’ve been deejaying for a lot of the local rappers here, they’ve been doing big shows for thousands of people. It wasn’t anything crazy, but it was cool to be part of that whole night. That show was here in Finland, it was a festival called Rockfest. I ended up being there the same time.

AllHipHop: Talk about deejaying versus producing, obviously you have a passion for both.

MD$: The passion’s more for producing and deejaying comes along with that. I started deejaying when I was young, that’s the first thing I started doing. I wanted to learn how to scratch because I was making New York, East Coast type beats. They always had scratches on them. I wanted to learn how to deejay and that whole world, that got me money here as well. I started deejaying for different rappers here, started doing parties here and there. I wasn’t really enjoying playing other people’s music that much, I liked playing my own stuff. That’s more fun for me.

AllHipHop: What can we expect from your documentary from Finland?

AllHipHop: Why do you want to migrate to the States?

MD$: The chances there are bigger for me to get my sound out. I’m limited here with my sound and the way the people are obviously. I like to be in the room with people I’m working with.

AllHipHop: Why do you feel Finland is limiting? Is it the culture there?

MD$: That’s limited too, then if I’m trying to work with people, I really like to be around people when I’m actually producing the song. It’s hard for me to do that from out here to different people in the States. The sound people are putting out here is not that rich yet, you have to have certain little things if you want to get to a certain level here. The song needs to be more commercial maybe, in that sense. I love the freedom in the States. A song can go big, but it doesn’t have to be a certain type of sound.

AllHipHop: How’s it feel to go Gold with Kevin Gates?

MD$: That happened through my friend Edgar in the States, he hooked me up. Me and my friend FRACTIOUS FRANK made the beat. s##t, another one of those stories where we sent the beat out and it happened.

AllHipHop: What does it mean to go Platinum in both countries? What songs?

MD$: It’s cool but I feel that’s not enough. I still want to leave a bigger mark, do something that’s special. Platinum is always cool, but it’s not what I’m after here.

AllHipHop: What are you after?

MD$: Changing the game, giving people more chances. That’s what I’m doing, getting people from here a chance to break into the US as well. There’s so much talent here, but there’s not enough people here looking after them or pushing them to send songs out to people in the States. I want to be that bridge between all the Scandinavians, especially the people in Finland. I want to keep pushing the younger people, that’s what I really want to do. Obviously I’m making my s##t go crazy first too.

AllHipHop: What is it about your beats?

MD$: They’re honest. I’m doing what I feel like and that’s what it is.

MD$: It’s different with different people. You having to read the situation and see what the artist is vibing to, set the mood for him. If it’s just me, I’m putting my LED lights on. Put the purple color on and start vibing out.

AllHipHop: Who are some artists you want to work that you haven’t yet?

MD$: There’s a lot. Drake’s one of them, he’s got one of the craziest vocal sounds. He’s super present on the track. 50 would be crazy to work with. Rihanna, that’d be crazy. Koffee, she’s got a crazy voice. Burna Boy, Post Malone, man there’s so many of these. 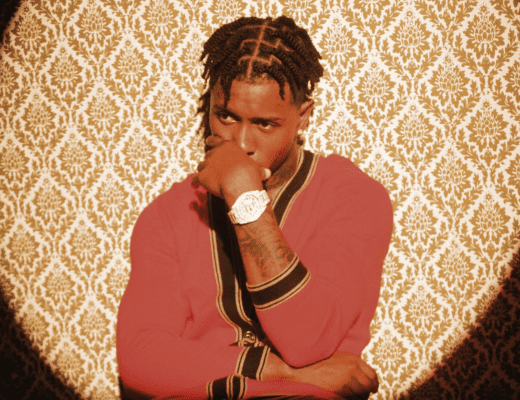 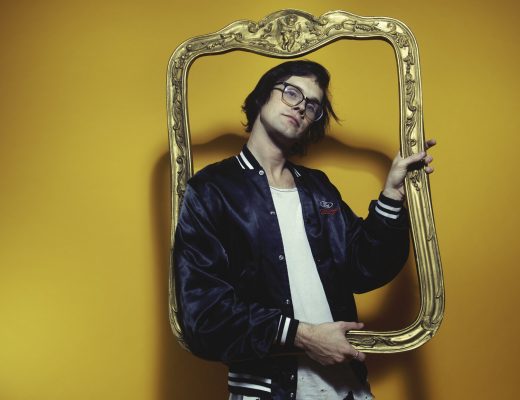 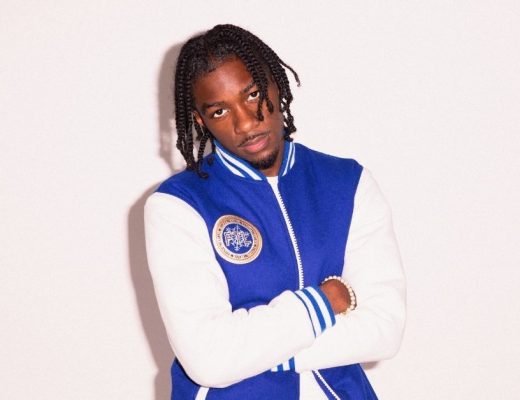