Bryce Vine just released his most introspective project to date. The Problems EP contains five powerful, yet soothing tracks, each one speaking volumes to the current state of the world. When the world shut down due to COVID-19, all artists were forced to cancel their shows and tours — and for Bryce, this was something he simply wasn’t used to.

Following the success of his breakout multi-Platinum singles “Drew Barrymore” and the YG-assisted “La La Land,” the New York-bred, Los Angeles-raised singer-songwriter had a whole summer jampacked with tours and festivals. For the first time in three years, he was forced to remain home for more than a week straight, which resulted in a resurgence of the bond between him and his guitar.

Sitting in his tiny bedroom and letting his emotions and feelings do the talking, the Problems EP was born. The intro track, “Life Goes On” was written right after Kobe Bryant’s passing, while “Fireside” was written four years ago and only performed at his shows. The music serves as Bryce’s own cure for his sorrows, while helping the masses and all those who hear it. With sadness comes hope, and we all need to stay up.

Now, Flaunt premieres the official music video for “It Falls Apart.” His current routine includes a beautiful hike at 7:30am in the morning, making music, and living his life the rest of the day. Read below as Bryce breaks down the Problems EP, and explains how exactly quarantine affected his music career.

Thank you, I’m pumped! It’s my little chateau, a Spanish-style place. Got it from a gay couple, so score.

How’s the hiking been?

It gets my head straight. There’s a really beautiful hike in Beverly Hills called Franklin Canyon that a lot of people don’t know about. Everyone’s heard of it, but no one’s gone. It’s super secluded and beautiful. Most mornings, I only see about three other people out there.

How’d it feel to be home for longer than a week, not touring or performing?

It’s been phases. I was in Europe right before all this happened, got back five days before they shut off all travel to Europe. At first, it was amazing for me. The world outside was a different situation but for my personal life, I got to go grocery shopping for the first time in years (even though there were no groceries). In the beginning, no one knew how long this was going to go. All the toilet paper was gone, you couldn’t even get garlic. I practiced guitar and started writing songs again in a different way, which is when I wrote “Problems.”

Then reality set in. Missing my livelihood started to set in, realizing shows weren’t coming back as soon as I had hoped. I got really down, almost “why am I even doing this anymore?” I’m not a super big social media person, I didn’t grow up with a camera in front of my face. Now, it’s all I could do. It was a big adjustment. That was phase two. All of the demons I’ve been running from finally caught up to me. You’re going with your life so much, moving moving moving — when you stop, everything catches up to you. The things you haven’t dealt with.

Would you have made the Problems EP if quarantine didn’t happen?

Some of the songs, definitely not.  Some of the songs almost predicted it in a weird way. I wrote “It Falls Apart” eight months ago. It talks about riots in the street and all the bars closing down, very strange. Those people you’re with even when the world’s falling apart, and I had no idea. All of the songs have that sentiment, they make me feel better. I knew these might be songs my fans need to hear right now, because there’s so little in the world that makes you feel comfortable and happy again. They bring people back together.

“Fireside” was a song I wrote four years ago. I’ve been performing that for a while, we finally put it out because it seemed like the right time. The bad part about it was fans who’ve heard it, asked about it for years. “When’s that song coming?” It’s motivating but also shit, now I owe them this song they’ve already heard. “Life Goes On” was the first song I wrote this year, right  after Kobe Bryant died.

What was Kobe Bryant’s influence on you?

He was a superhero. I’ve never been a huge sports fan but I loved him, we all did. If you grew up in LA, you loved Kobe Bryant’s legacy. He was this larger than life figure: on the same team for 20 years, married to the same woman for 20 years. Raised four beautiful daughters, was helping children, spoke four languages. Somebody like that deserves more than that outcome.

It shook my faith that people get what they deserve. We went to the studio, I needed to write something that made me feel like life was still worth living. My producer and the rest of us all had that same feeling, it really shook us. We started tapping on the back of the guitar and started singing things. I listen to that when I’m stressed out.

This new EP is a different direction than your previous songs, talk about evolving and being diverse.

I try to never write the same song twice. All my favorite artists are people who whenever they come out with music, I’m so excited because I never knew what they’re going to do next. But it always matched with whatever I was going through or what the environment of the world was. As I grow as a person, I want the music to match that. It’s the only way to not write the same shit over and over again. Living real life, dealing with it, seeing what the world is like now, seeing what people are going through and feeling it myself. The depression, uncertainty, frustration, it’s all there. These are the songs for the times right now.

What are some tips you have for those going through it during these times?

Forming a routine helps a lot, that’s why I started hiking in the morning. I was waking up at noon because there’s no point in waking up early. Going through my day, whatever happened happened. I’ve been touring for three years straight, my schedule’s been spoken for. It was weird getting back to having to make my own schedule.

What else does your day comprise of? How often are you making music?

Right now, I‘m taking a little break. I’ll take sections to try to live a little of the life, I’ll focus on that. I have a girlfriend, she’s right next to me. Live so there’s something new to actually talk about. I’ve been writing a bit but mostly trying to live and get my health right. We’re starting to do performances again now that school’s coming back. Trying to figure out these online shows to release the same energy the live shows have. The whole point is to make people feel better, to be an escape. How do we do that through a camera?

What can we expect from the “It Falls Apart” video?

We just shot that. It’s fun now because you have to be a lot more creative. There’s no big budget stuff going on. We’re not doing $100K videos when you can’t tour. My creative director and I for all five songs on the EP, we’ve come up with a different idea. “It Falls Apart” is the second one, we’re doing “Strawberry Water” next. Everyone’s trying to figure this out all at the same time, which is a relief but still stressful.

If I’m going to go shopping, which doesn’t happen very often because I’m pretty frugal, I usually start at the cheapest places like Buffalo Exchange. Right now, it’s a little weird to wear a bunch of other clothes that people have worn already because of COVID, but that’s usually where I go first. Whatever I don’t find, I’ll go to Urban and pay $70 too much for a shirt. I try to keep it fun, I watch a lot of anime.

One thing you want fans to get from your EP Problems?

I want it to make them feel better. I listen to the songs constantly, when I’m working on them and when they’re done. If It gives me that feeling of relief, the feeling of nostalgia, affection for the people you love — if it does it for me after the thousandth time that I’ve listened to that song, it’ll probably do it for them. I like being the background music for people’s lives. I like seeing all of these Instagram videos of people on their hikes in the morning or kayaking with their friends, I get to be the theme song. That’s the whole point of it, that’s what music was for me when I was growing up. You elevate people’s lives to whatever way they decide. 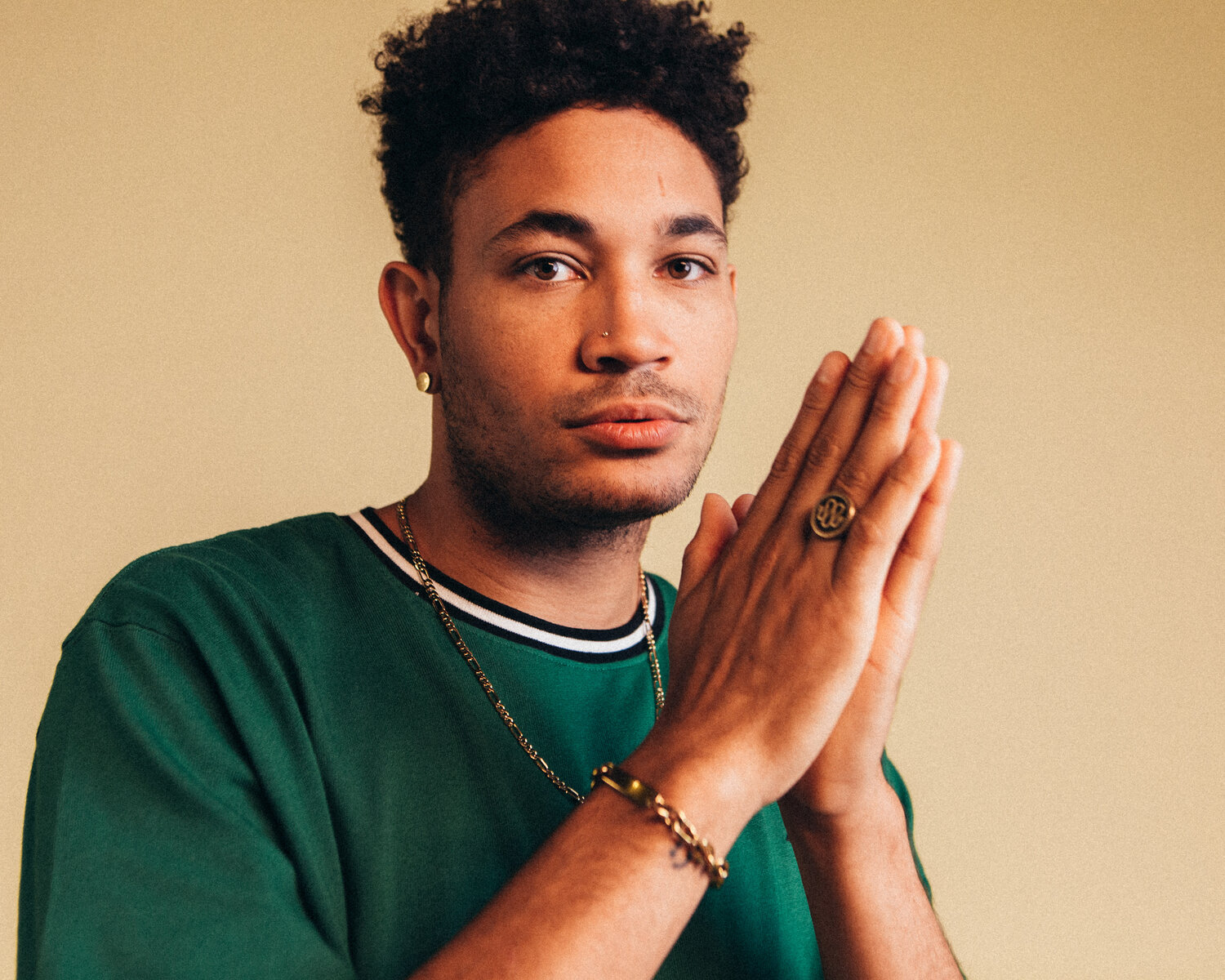 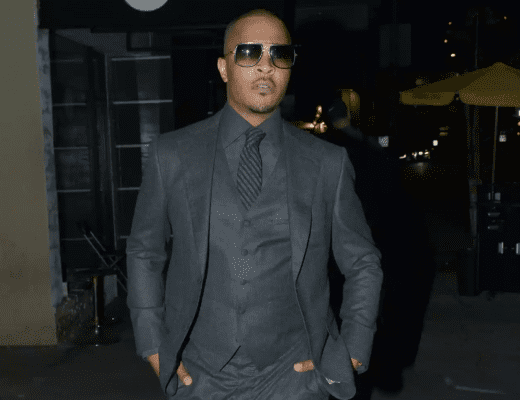 T.I.’s Trap Music Museum In Atlanta Pays Homage To All The Greats 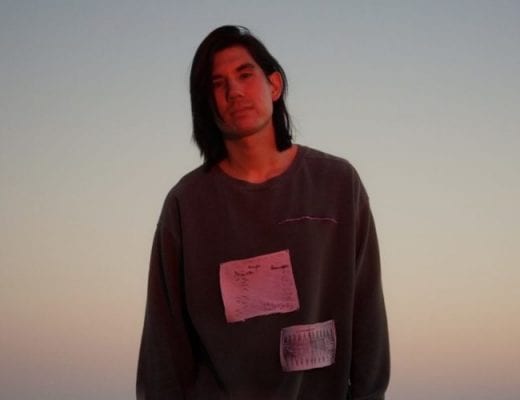