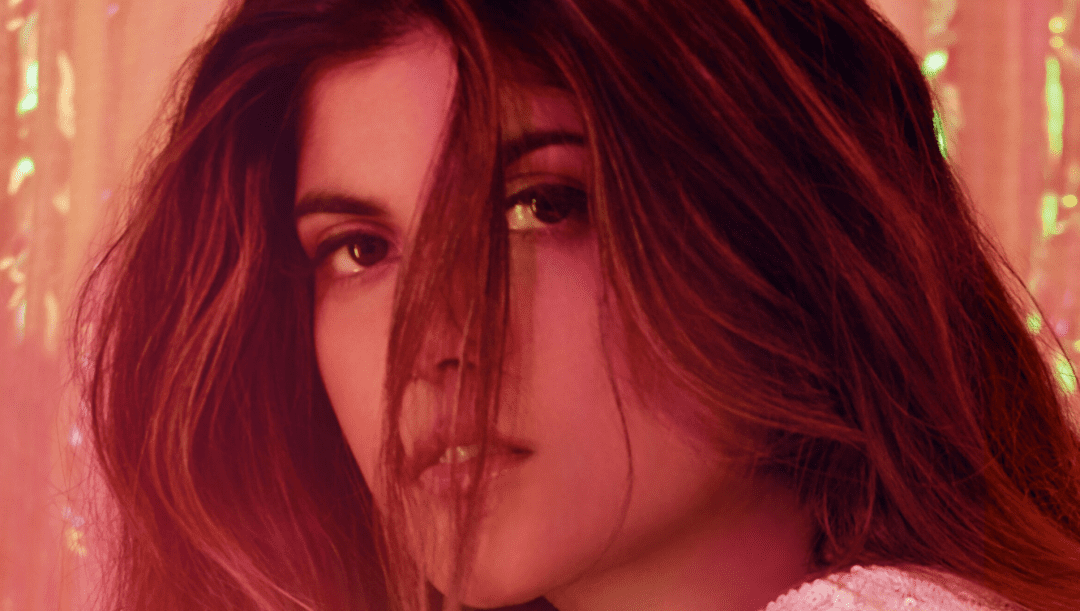 Ananya Birla is a global pop sensation, blessing audiences with her smooth, sultry voice. Boasting 409K followers on Instagram alone, the singer-songwriter is a mental health advocate who loves music and wants to create a positive impact in this world. She states, “I love connecting with people. I’m really ambitious, I want to achieve big things in life and I want to make India proud.”

At 25 years old, Ananya serves as the first Indian recording artist signed to Maverick and the first to appear Sirius XM’s Hits 1. She’s also the first homegrown artist to go Platinum with an English track in India, breaking the dominance of film music in the Indian music scene. To date, she hails over 300 million global streams and over 100 million Youtube views — performing at some of the biggest music events in Asia from Global Citizen to Oktoberfest to Sunburn.

In 2016, Ananya created Mpower in hopes of stamping out the stigma surrounding mental illness in India and has recently teamed up with NAMI in the US. Fast forward to 2020, she releases her most powerful record yet: “Let There Be Love.” Flaunt caught up with Ananya via Zoom, who had just wrapped up rehearsal for the acoustic version of her new single.

Talk about your Indian roots and your upbringing.

I had a really happy childhood – I was a shy kid, but as soon as I discovered music I had this new way of expressing myself that totally changed my life. Growing up in India was special, it’s an intense place – the sights, sounds, smells – everything is on another level. It’s a part of my soul. Living in India gave me so much perspective on culture and seeing the poverty that exists in so many places made me really value everything I have.

I also always felt a bit different to the other kids – a bit of an outsider I guess. Maybe because my parents gave me a more westernised upbringing. It meant that when I started doing music, there were some people who thought that I didn’t value my roots, that maybe I wasn’t Indian enough – which was really tough to hear because I love my country and I’m proud of where I’m from. I just wanted to make a different kind of music to what they were used to.

What does Bollywood music mean to you?

When you think of music in India, you typically think of Bollywood.  Which makes sense, it’s everywhere – and it’s great. But there is so much more. There are amazing artists breaking out with rap, hip-hop, pop, heavy metal, folk – the whole range. I hope what I am doing over here can pave the way for artists back home to think more globally when they create, because there is some amazing talent back home that the world needs to hear. 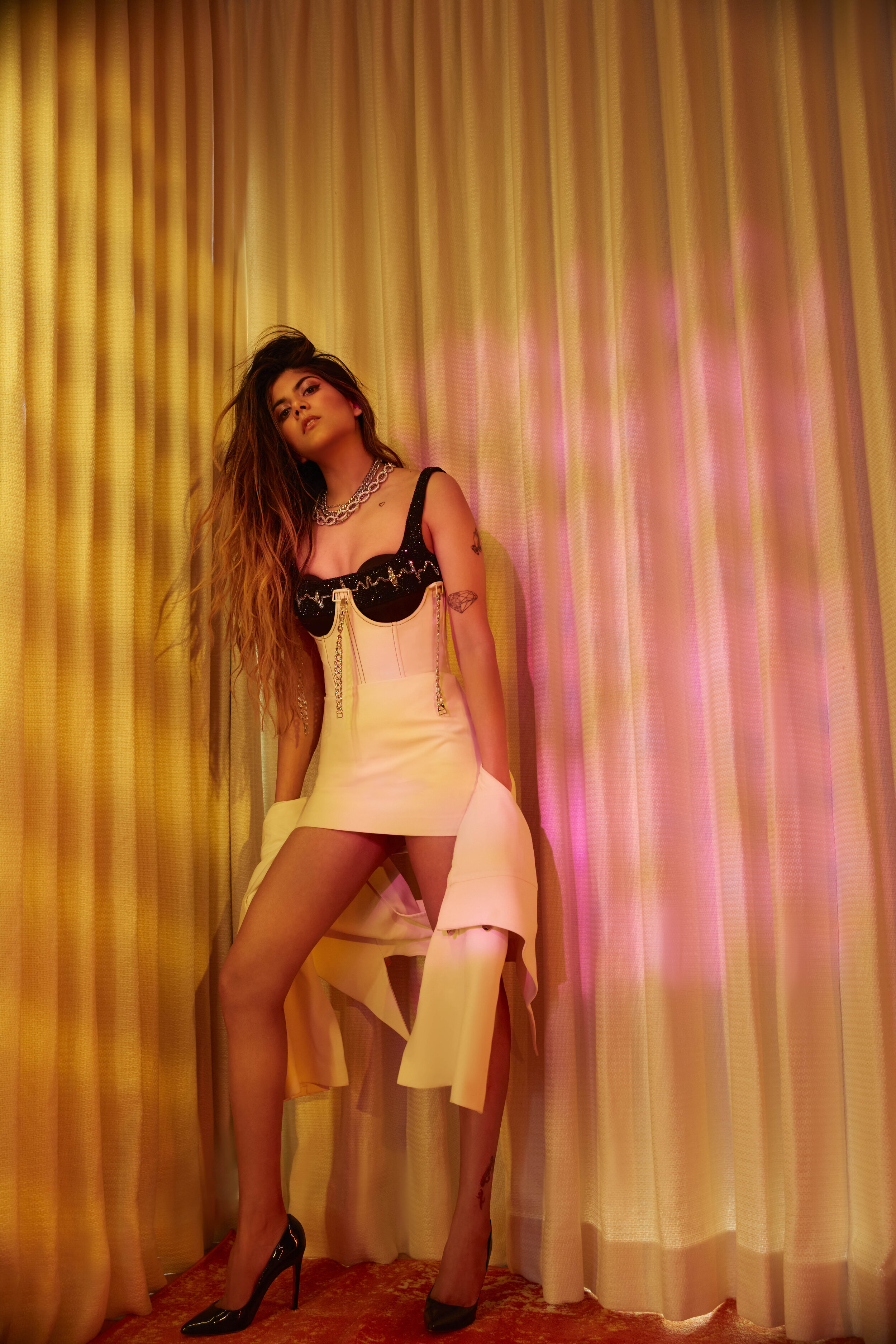 I feel incredibly fortunate that I get to do what I love more than anything every day – as a job! I’d always wanted to do it, but it was a secret dream, I was so insecure about making a career out of it and putting myself out there.  When I was at Oxford, I had a tough time adjusting, it was so different to home. So every weekend, I would head to London and perform at whatever sketchy bar would take me. Music was my escape.

It was scary to turn my back on a traditional career path, but the passion was stronger than the fear in the end, and I realised life is too short to turn your back on the thing that sparks a fire in your soul.

I didn’t have any grand ideas of how it would play out or where I’d get to – all I knew is that this was what I wanted to do with my life and I’d find a way to make it work. It’s been a rollercoaster few years and I’ve loved every second.

I truly believe you can achieve anything with hard work, the right values and a bit of luck.

Congrats on the release of “Let There Be Love,” who or what inspired this record?

I wrote the song in lockdown, inspired by everything that was happening around the world.  I wanted to give a voice to that collective trauma that has affected each and every one of us in different ways. It’s been so inspiring to see the way people have supported each other and with the song I wanted to remind people about the sparks of hope and joy in these challenging times, how we have all come together to make love and connection a priority.   I hope we can take that lesson forward.

I must have written like 200 songs in my makeshift lockdown studio here in LA, no exaggeration. Some were really bad, some were pretty ok, but this one stuck. Aaron Peace, my producer, who’s awesome (and has won a ton of Grammy’s) is someone I trust 100% – and he knew this was the one to go with.

How was it recording it in your home studio during quarantine?

It was a really interesting experience, I basically turned my spare bedroom into a studio.  I spent hours hanging blankets around the room to sort the acoustics – which must have looked weird to the neighbours. But it all eventually came together pretty well. Because it was all done remotely, I was able to get much more insight into the production side of things too which was really valuable.

Talk about teaming up with NAMI in the US during Mental Health Awareness Month.

Breaking the stigma around mental illness is something that has been a so important to me since I had my own battles with depression and anxiety when I was younger. I have an organisation in Mumbai called Mpower, that I set up a few years ago after my eyes were opened to how bad the problem is back in India where we have some of the highest rates of suicide and depression in the world.

Since moving to LA, it is difficult to be as involved as I would like with Mpower, so being able to team up with NAMI is a huge honour. Last month I did a talk for them for minority mental health awareness with Utkarsh Ambudkar, who was in one of my favourite films Blindspotting, and spoke about the South Asian perspective on mental illness both here and in India.

I am so excited to do more with them. Every conversation is a step forward in breaking down the ignorance and discrimination that still exists in society. Everyone should know that it’s OK not to be OK sometimes and that there is help available if they need it. There is no shame in it and it doesn’t reflect on your value as a person.I had such a great friends and family to help me during my difficult times – If I can do anything to support someone else’s journey, I will. 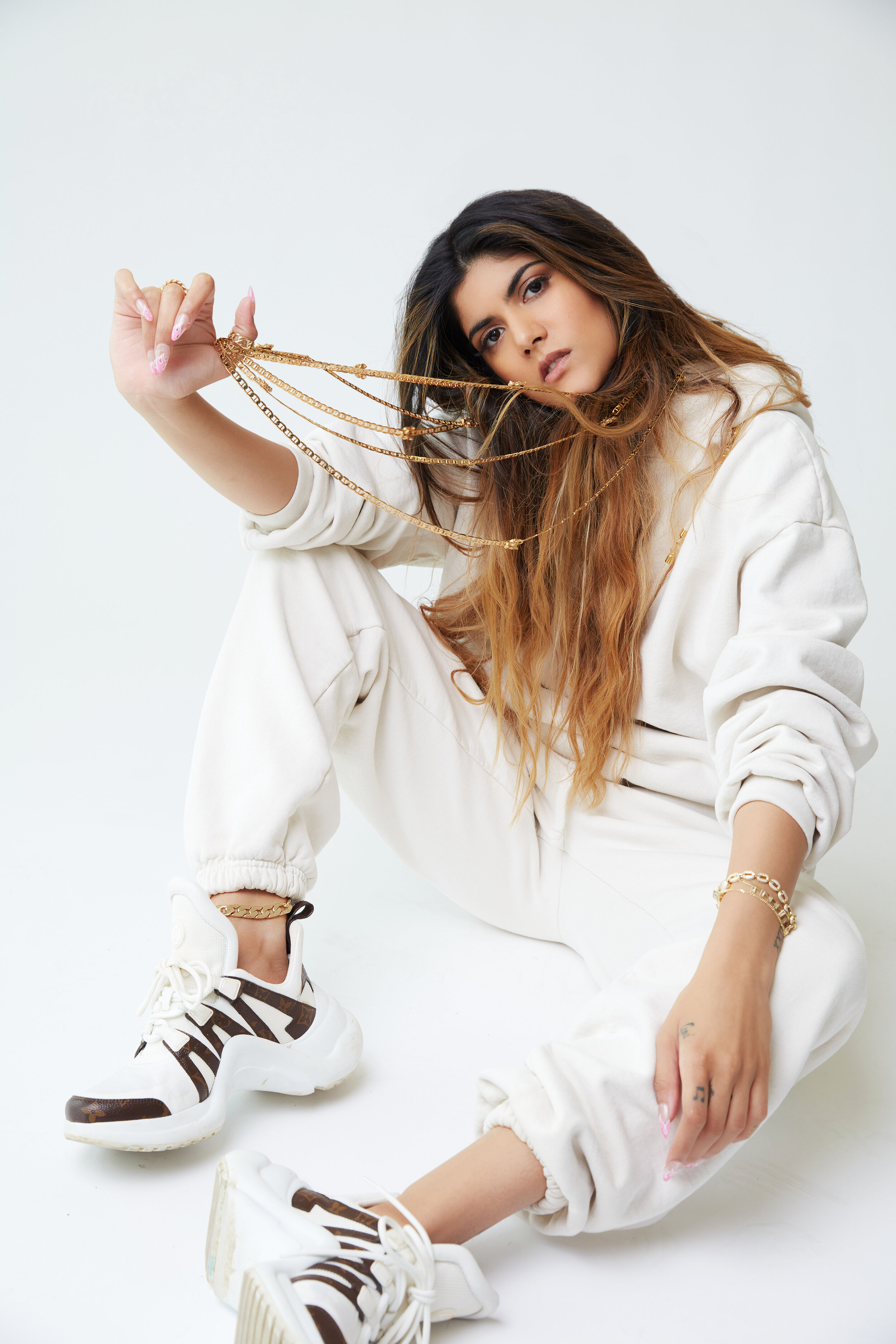 I find my journal incredibly cathartic, just taking time to be in the moment to think about the where I’m at really ground me. Meditation really helps me too, I try to fit in 20 minutes every morning and it puts me in the best possible place to make the most of the day ahead. I am also a big believer in the healing power of music, there are so many studies have shown that it can help to boost your mood and, in some cases, alleviate depression.

Recently, I rescued a dog, Bean, and I have found just getting out of the house and going for a walk with him through the neighbourhood is the most peaceful thing after a long day. He is such a cutie and I can’t help but smile with him.

“Day Goes By” with Sean Kingston has over 11.5 million views on Youtube, did you think it would blow up like this?

Sean is Jamaican so we both come from a place where dance is a big deal. Our only expectation was to make something that people could move and hopefully smile to. It was such an amazing experience to be in the studio with him. He’s like a big brother to me now, since moving to LA, he has given me such amazing guidance. He’s a truly great guy. We met after he asked me to open for his show in India and had a great vibe from the minute we met and knew we wanted to do something together.

Growing up I loved “Beautiful Girls” and  “Fire Burning”  – they were massive hits, so  I was really excited to get to work with him. From jamming in the studio to seeing the great response to the finished product – the whole journey was really special.

Mike Ho, the super talented director who shot the video, had this amazing way of getting me out of my head and I just dropped all inhibitions in our pursuit of a big ‘Pop’ video. It was a lot of fun making that.

How was it opening for Coldplay & Wiz Khalifa? Did you learn anything?

So much – getting to talk to people who are so accomplished, understanding their processes and getting to talk about their experiences and journeys – you learn things you won’t find in any book. Both of those experiences were so valuable in my development as an artist.

There is no feeling in the world like being on stage. Having people vibing to my songs and singing my lyrics back to me is the most amazing feeling thing, it’s a dream come true.

What is one thing fans may not know about you?

A lot of people who see me perform are really surprised to find out that I am a very introverted and pretty quiet in ‘real life’. I’m not the life of the party – but when I am on stage I come alive. Most days, you’ll find me at home in beanie, hoodie, and sweatpants.

All my music is authentic and from the heart, because I really want people to connect and relate to it. Music has always been my best friend, it’s been there for me in good times and bad and I hope that my songs can do that for other people.

I am so happy with how ‘Let There be Love’ has been received – it’s been incredibly special to hear the song on different stations out here. One of my main goals since moving to LA has been to change the way people perceive artists from India and I hope that I am starting to do that. There is a long way to go, but I’m so excited for this new chapter of my journey. 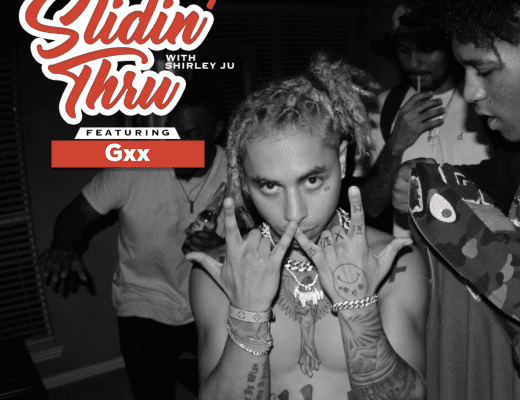 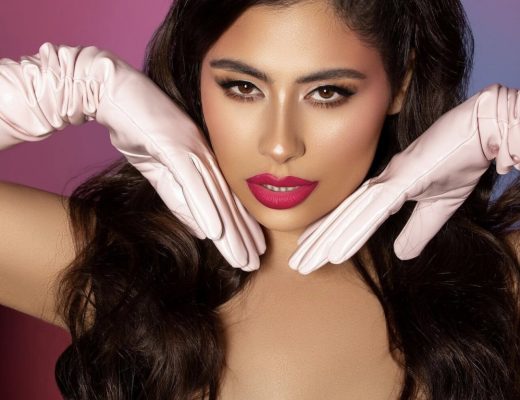 ALUS TALKS “WIG!”, THE ALUS ARMY, & WHY SHE REMAINS INDEPENDENT 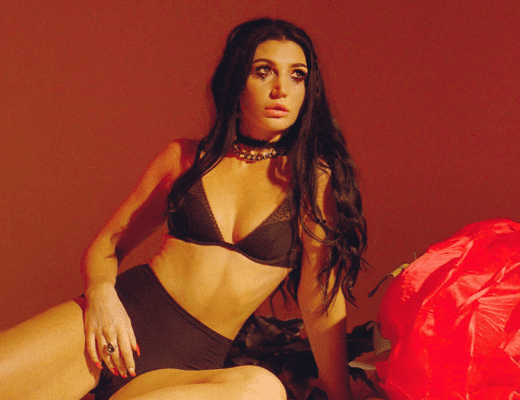