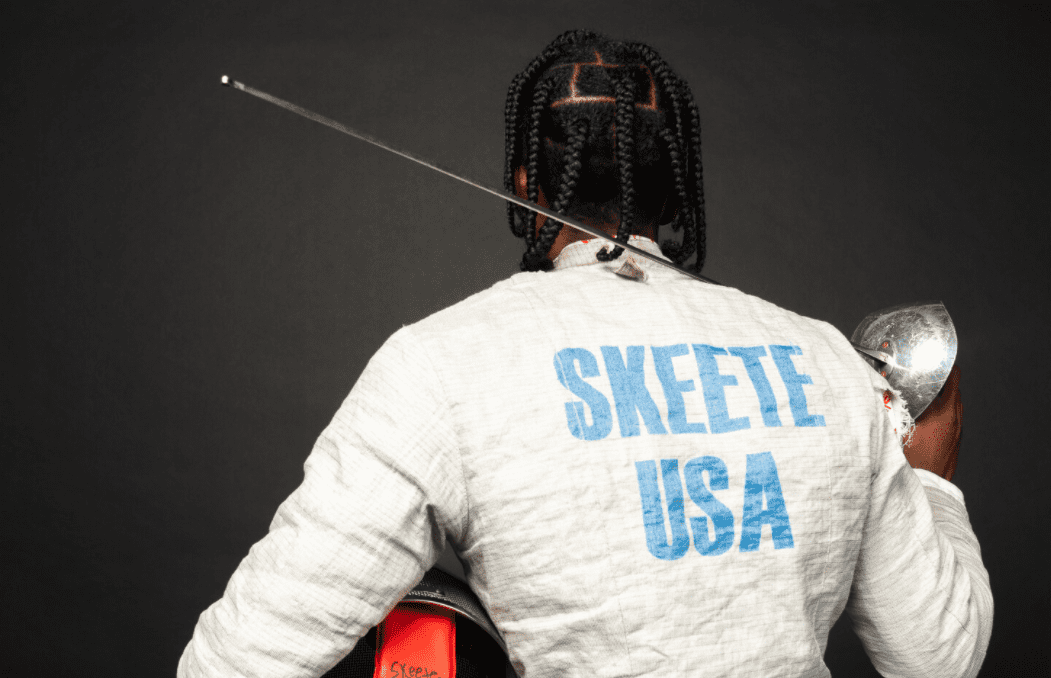 Lord Kamar Skeete is 18 years old, and living out his wildest dreams. The national and world fencing champion competes all around the world, swooping in top titles in various competitions. Currently ranking fourth in the world and second in the nation, the New Haven, Connecticut native is proof that hard work pays off.

At the young age of 8, his mother placed him in a fencing camp to avoid a meaningless summer full of video games — which makes up the majority of his childhood. Little did she know, this would yield his innate ability and talents in fencing. Since then, he’s fenced with 3 national teams for the United States in multiple age categories. Currently, he’s focused on training in hopes of qualifying for the forthcoming 2021 Olympics. Of course, the season’s been paused due to COVID-19, but that doesn’t mean the grind stops.

Beyond his love for fencing, he has a passion for philanthropy and modeling. Kamar actually created his own foundation titled Kampri, which assists and protests homeless youth. Giving back to his community is a huge part of where his heart lies, and he plans on continuing to impact the world in a positive way.

Flaunt caught up with Lord Kamar via FaceTime who was located in Georgia, to discuss how he got into fencing, his heart for the homeless, starting his own foundation Kampri,

Growing up in Georgia, what were you seeing growing up?

I was originally born in New Haven, Connecticut, we moved out here when I was a kid. We moved to Covington, which was cool and quiet. I didn’t really do much, didn’t really go out. I played a whole lot of video games growing up. We moved to Johns Creek, where the house is right now actually. You know how it goes: sometimes good days, sometimes bad days. That’s life. Pretty good overall, I wouldn’t change anything about it.

When did fencing come into play?

Around first or second grade. I played a couple sports before so I was already an athletic kid. My mom wanted me to do something so I’d stay out of trouble, and I wouldn’t be in the house playing video games all day. We found a Craigslist ad on the internet. We originally called the gym, that gym didn’t answer so we looked for another one. We found the other one and did a summer camp there. I stuck with it ever since then.

You started fencing at 8, did you think it could turn into a professional career?

To be honest, I couldn’t register that it’s something I could do professionally. I did it because I really liked hitting people with sticks, it was a lot of fun. I got to fence a few times a week. It wasn’t bad, it was a fun time. You’re a kid, you get to be a pirate pretty much.

How did you get so good? Did you practice a bunch?

My mom wanted me to not get into any trouble so I spent a lot of time in the gym. I was always a naturally athletic person, so it came a bit quicker. Fun fact, I have a thyroid disease. As a kid, they always told me I was never going to be able to be as athletic as all the other kids because it made my legs really weak. But I kept doing it because I love to do it, I didn’t care if I got tired. Eventually, we overcame it.

Over 110 fencing awards is impressive, how are you receiving all these accolades?

I try not to look at it really, I keep working.  Since I was so young, I’ve developed a way to accept it. Congratulate myself, then on to the next thing. Always wanting for more really helps.

Did you ever want to quit?

Yeah, that’s the thing with sports right? Everybody has periods where they want to do it and periods they don’t want to do it. What made me such a good athlete was the fact I always wanted to do it. I love this sport. I love my teammates, we were the best club team in America at one point. We were 14 and 15. Me, my friend Raymond, Christopher Walker, and Aksel, were the best team. Then Aksel died, Chris and Raymond don’t really fence anymore, but we’re still the best. Toe-to-toe, no team could beat us.

How does it feel to maybe be competing in the Olympics?

Nothing’s said until it’s done. The way qualification works, it’s a point season. You have to wait until the season’s over. The entire journey feels really good, just the opportunity to be considered the best in the world in something. To be amongst the best athletes in the United States feels really nice. 2 years ago, i first qualified for the Youth Olympic Games. At World Championships, I ended up losing to the other American so he got to go. They couldn’t bring two people from the same continent, so my friend from Puerto Rico went. This is my chance to redeem myself.

Do you get nervous at these competitions?

I’ve been doing it for 10 years now so at this point, I don’t really get nervous. World Championships, I got nervous once. My first senior World Cup, I got nervous at. The thing about me is I’m there for fun. I want to have a good time. I typically don’t get nervous because that impedes performance. It’s very counterproductive to show up something afraid of what’s going to happen. Be glad you’re there and have fun.

I like video games. I know I’ve said it a lot, but I play a lot of video games. I have a cat, I have a dog. I like animals a lot. I finally started going to the gym. Despite fencing all the time, there’s a difference between fencing practice and physical conditioning. Started doing that a lot more. I like to cook, love cooking. I’ve been cooking since first grade, one of my favorite things to do.

I like making ramen, but you’ll never see me crack open a pack of noodles and eat it. I refuse, I’d rather go hungry. I’ll sit there and make them from scratch in the morning. I’ll hand-make him from starch and yeast, cut them myself. Put some flour on them, stick them in the fridge. Make the broth myself, then we’re in business.

Homelessness is a big thing. Before my best friend Aksel died, he was homeless for a while. Between houses, it was a mess. It was a way for me to make sure nobody else goes through what we went through with my friend. I can’t fix all the problems, but that one can be solved. It doesn’t require a complete overhaul of a system like healthcare does, or a complete restructuring of social justice. No, it’s putting people in space. The podcast We The Unhoused, I’m interviewing somebody to get misconceptions about homeless, unhoused people — that people buy into to see them as less human. Instead of humanizing them less like a name or a person with interests, they see them as the homeless as a collective.

What made you name your foundation, Kampri?

My friend Jack goes by Price, we call him JP. We took the first part of my name, Kam, then the first 3 of his last name, Pri. Put together: Kampri. Before Corona, we were going to have a storefront where you buy something or order some goods online. What we do is send one to someone else in a receiving location. The only problem is with Corona, the mailing and shipping. We decided let’s help tackle the crisis here. We made hand sanitizer and got canned goods, gave them to homeless shelters. We bought cupcakes and handed them out, talked with them. A lot of people suffering from being unhoused feel dehumanized, they feel like people don’t care. You’re from California right?

Mmhmm. I’m in downtown LA so it’s right next to me.

You’re definitely seeing the brunt of homelessness, you understand the degree it gets. It’s a vicious cycle with homelessness where people don’t want to be aware. Addiction starts, then more homelessness. It’s a sad thing for everybody. This was my way of giving back to the community, something I’m proud of. I’m working on it more and more now that I have time. I’m getting back into training again. I’d taken a little break before because of everything going on, fatigue from all the traveling, general fatigue with the sport itself. I took some time off. Now that I’m starting to get back into the groove of things, it feels  better to be able to work with my company.

I’m not a very loud guy for clothing. Sometimes, I’ll wear a little bit of a loud piece of clothes. The Gucci shoot that’s supposed to be newsletter, that one was a louder jacket. I don’t wear that all the time. If I want to go out to a party, gotta keep the rest lowkey. Black sweatpants, maybe colored shoes, a hat, some shades, and a loud jacket. The jacket speaks for itself, the whole outfit doesn’t need to be loud. Usually I try to have one piece speak out, one piece get all the attention. The rest is the closer you get to me, you’ll be like “oh wow, he knows what he’s doing.” And hats! I started getting into hats, I could finally put them over my hair. My hair’s one of my most precious things, been growing it out for forever. That’s why I always wear a do-rag when I fence. After I took my dreads out freshman year, I fenced without it for 10 days. Oh my God, I had to cut half my hair off because it was damaged. I told myself I‘d never ever fuck up my hair again. That was terrible. Ask anybody, the amount of care I put into my hair… I won’t even wash my own hair. I need my hair to be cared for to the highest extent.

What else are you working on?

Starting a fencing program like I did in Georgia at Dash Fitness with my strength training coach, Josh Swan, it’s a great feeling to give back that way. You can give back in a multitude of different ways, but helping people the same way you got helped is one of the best ways to be a philanthropist.

Another fact about me, I’m heavy in legality. Growing up, my dad used to be a big rapper in the 90’s. By nature, I ended up learning a decent amount about concert law and music law. We put together concerts and shows. We have a streaming platform that artists can upload to and get all their masters. I helped put together the Living Legends tour with G-Eazy, Boosie, Rick Ross, all them. COVID gave me a lot of spare time to do things, everything changed. College being online, now I’m at home.  I have all the resources I have at home. It’s time to hit the ground running, try and finish out the qualification.

Anything else you want us to know?

Fencing isn’t a traditional sport so you don’t see a lot of black people doing it, but the black people that you do see doing it are some of the best. Every single Olympic medalist has been black. There’s been 2, they’re both black and from the same place in New York: Harlem. It’s nice to see some positive representation there. 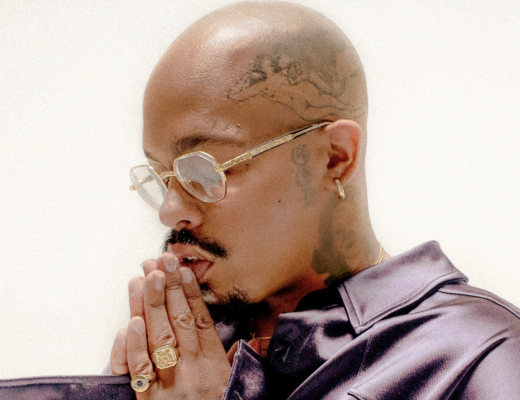 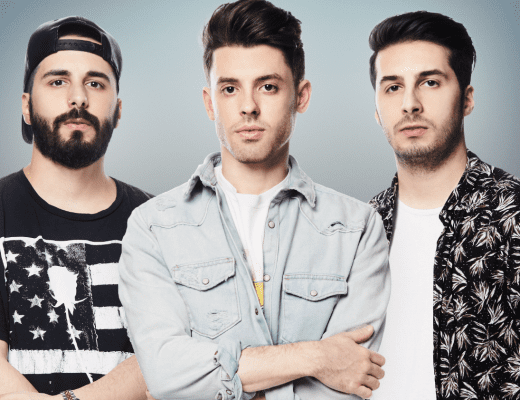 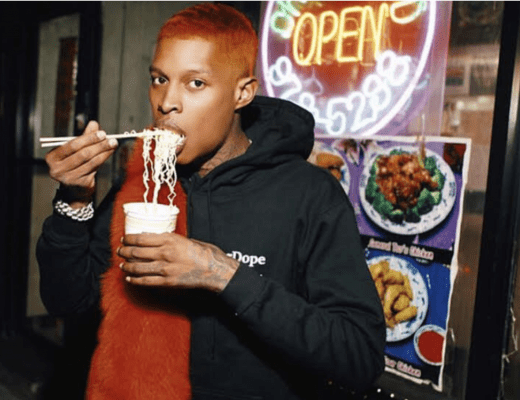