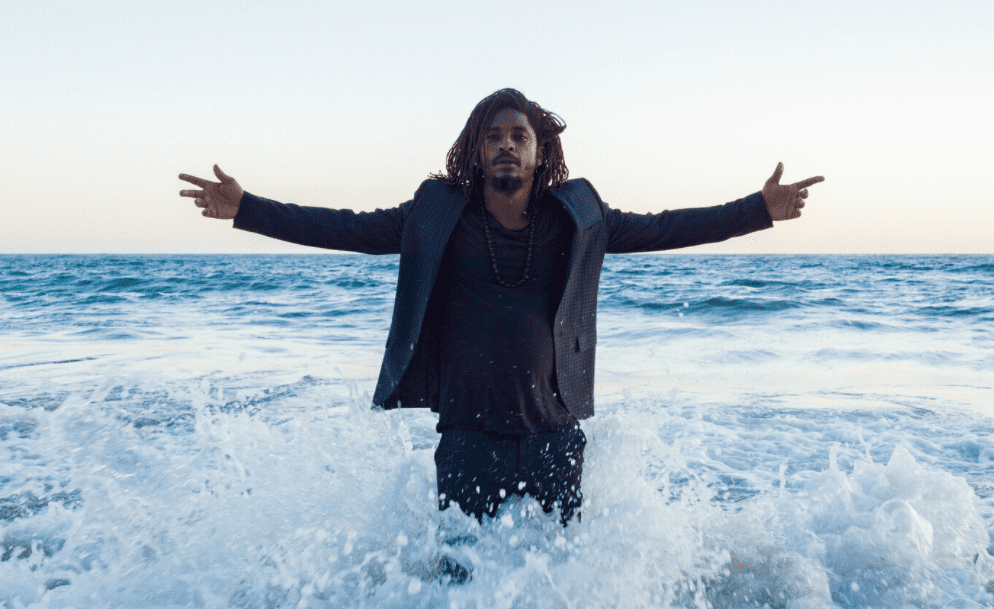 If you haven’t heard of Shwayze, you’ve definitely heard his music. The beach boy from Malibu, California exploded onto the scene with breakout single “Buzzin” in 2007, and quickly followed it up with another viral moment with “Corona and Lime.” If there’s any artist that embodies living life to the fullest and having a good time, it’s Shwayze.

The selling point arrived in the fact that real name Aaron Smith somehow made reggae mainstream, bringing his childhood influences and combining them with the times. With his current surroundings, he perfected the art of quality music: combining his love for cannabis with the fact that tomorrow’s never promised.

Fast forward to 2020, he returns over a decade later to unleash his new project titled Surf Trap, fitting the exact description of quality music above. Alongside producer Paul Couture, they crafted 12 songs that combine that laidback, beach vibe with the melody and drums of this generation’s love for trap.

Flaunt caught up with Shwayze via Instagram Live at the Kandypens House in Los Angeles to discuss how cannabis improves his life, fatherhood, lessons learned doing reality TV, Surf Trap, goals, and more! 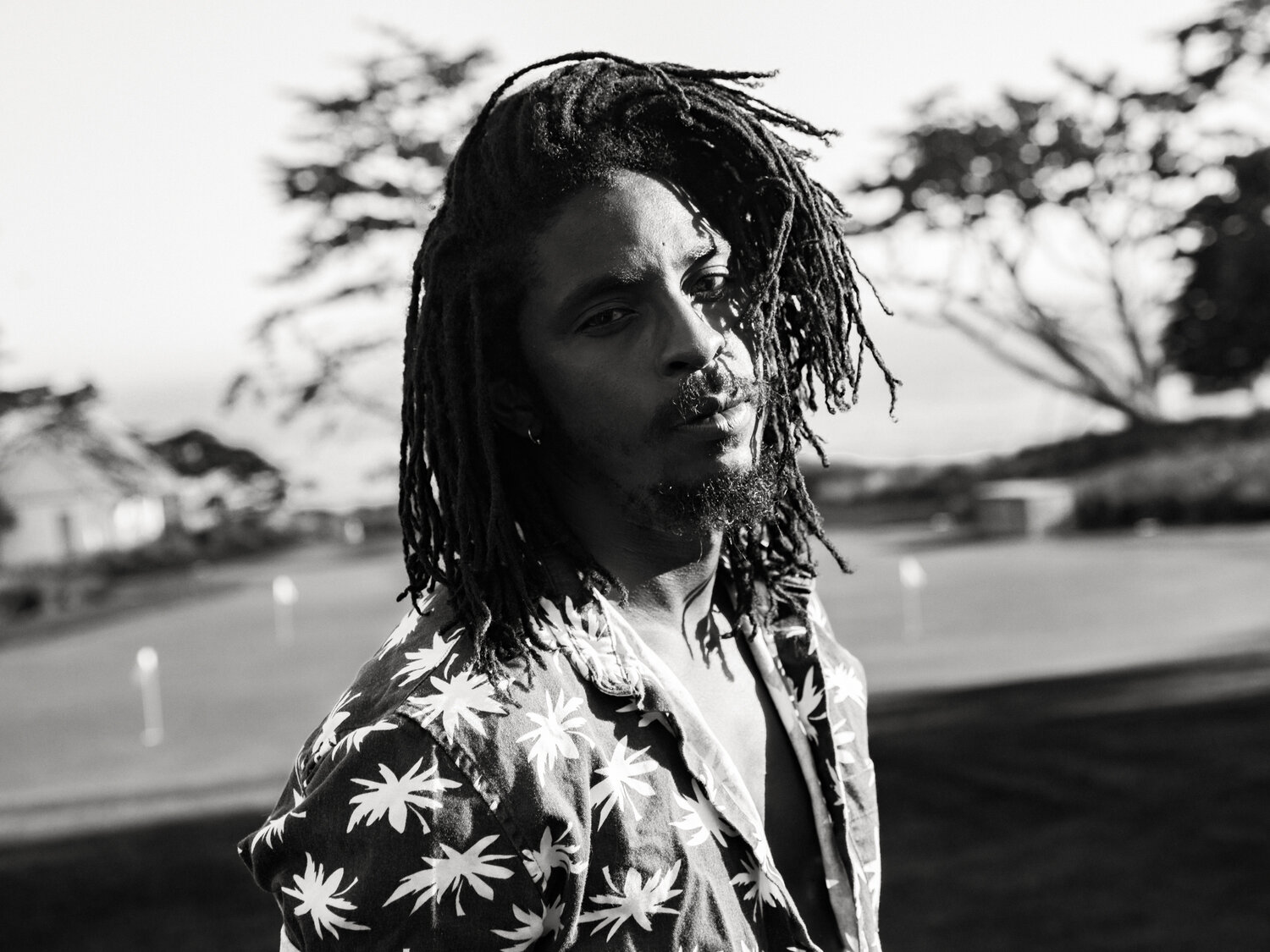 You’ve been making music for over a decade.

I know, it’s fucking crazy. Makes me feel old, 12 years in the game. Just released my new album Surf Trap, which is really dope. Keep it going, you know?

When did you get the nickname King of Summer?

That actually came from my fans. My fans started saying that, “bro, you’re the King of the Summer!” A lot of things I’ve been coined have come from my fans. Shwasted, King of Summer, all those different things they’ve been calling me, I’ve been adopting the names. Now every summer, I have to drop an album.

How are you holding up in quarantine? How’s your mental state?

Bring us back to when you created “Buzzin’” in 2007. What was Shwayze like then?

I was 19, it was crazy because I was a Malibu kid living a very simple life. Beach everyday with the homies. Locally, we were already popping. Everyone in Malibu already knew about the music, but Cisco and I blew up. When it got to that next level, it was crazy. Surreal. We still did the same old shit, but everyone knew our music. It was cool, not that many people were doing what we were at the time.

Were you ready for it to go up like that?

I think so, it’s something I’d been dreaming about for a minute. The first tour we ever did was the Vans Warped Tour. We got signed, then we had a show on MTV come out and we’re on Warped Tour. My first experience on the road, that shit’s crazy. It was a fun party. Super epic, super good times.

New album Surf Trap out now! Who or what inspired this project?

The fans always inspire me, because it took me a second. I did an album a year before called Beach Boy, but the fans be on me. “Yo, we need some shit for the summer. Shway, don’t let us down.” Alright, alright, alright. Everyone always asks me what my genre is.

On this one, you mixed R&B, rap, and reggae.

How was linking with Common Kings on “California Day”?

I’m trying to keep up with everybody, it’s content, content, content. I dropped an album. Shortly after, I wanted to drop a new single to let everybody know don’t get too comfortable. We’ve got more shit. Common Kings are awesome, I love those guys. Really talented group. I’m not really a reggae artist, but it makes sense because it’s feel-good and makes everyone happy.

I really wanted to connect on some reggae shit. I’ve been playing a lot of reggae festivals over the years, I’ve seen Common Kings at those. We bro’d out a few times: “yo, we’ve got to make some shit.” It finally happened. It’s a good vibe. We’re trying to make it for my album Surf Trap, but it didn’t work out timing-wise. Going back and forth for mixes, so finally we dropped it. I’m actually happier it came out as a single after the album.

Was Surf Trap made during quarantine?

Mmhmm, right before quarantine in early-mid March, then the end of it. I did “California Day” in quarantine, and the song with Hirie on the album called “Play God.” That’s my other reggae track. Trying to cross over into that reggae space. I’m growing the dreads, I’m half the part. I love it. I grew up with Bob Marley, Peter Tosh, and the Wailers.

What does the song “3 Little Birds” mean to you?

It’s amazing, it’s epic. Anything Bob Marley is a classic. It’s funny we’re talking about the Marleys because right now, I’m trying to get a hold of Skip Marley. That’s Bob’s grandson. I did a festival with Ziggy Marley a few years back in Cali, part of the show he brought all the Marley grandkids onstage. Skip was on there, but he was young. He was 16. I saw him backstage “you’re gonna be a star, bro,” so it’s crazy to see how he’s coming up right now. I’m trying to get a collab with him, the next reggae shit I’m trying to get popping. 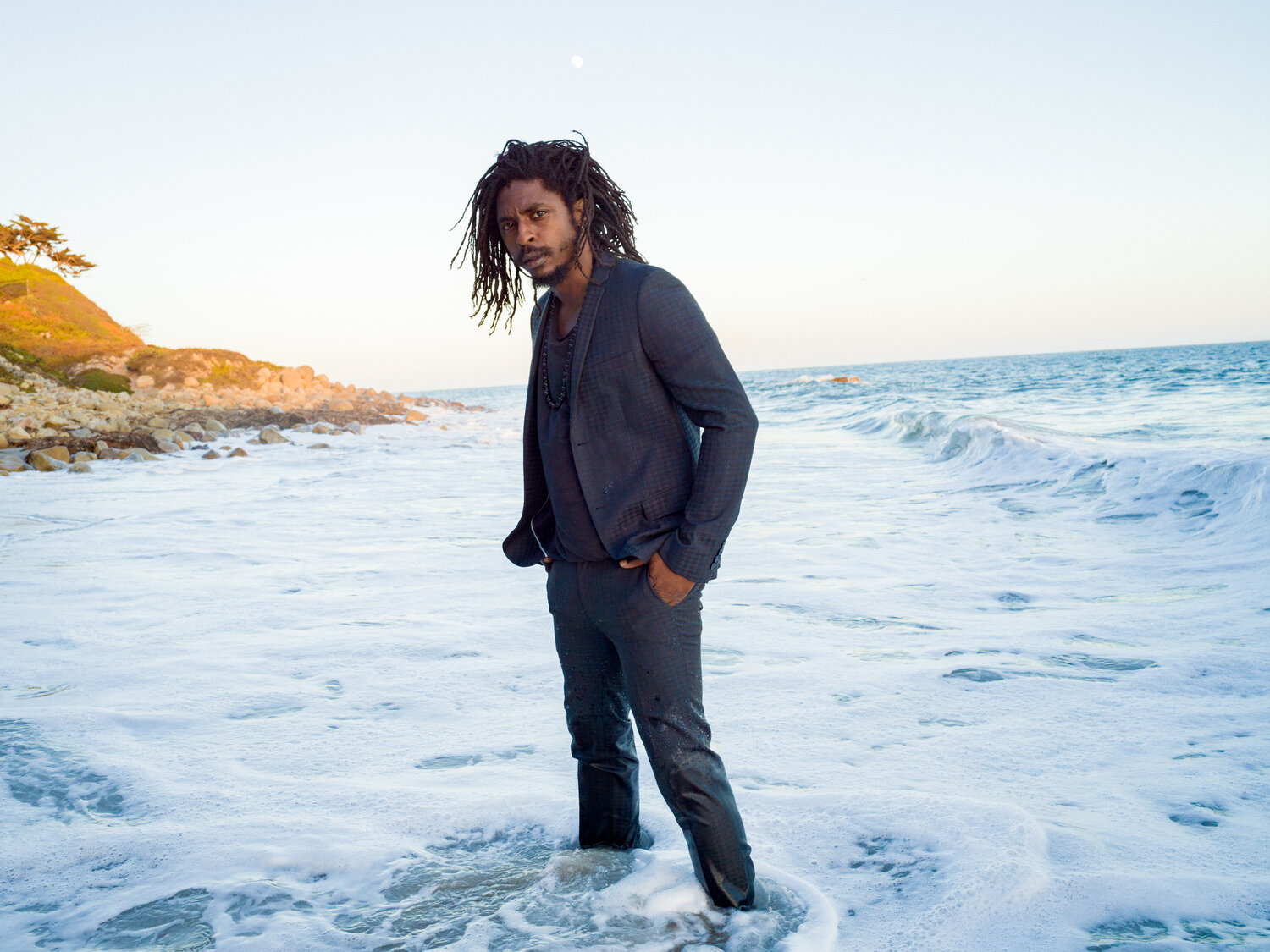 Being a beach boy, how would you describe your fashion?

Ooh, beach chic. Skinny jeans. Look at my outfit, my shit’s all ripped up. Black tee, some Chuck Taylors, a dope leather jacket on top of it. Very less is more. I don’t really wear chains or jewelry.

How old is your son now?

Does he know daddy’s this music star?

Oh yeah, he knows what’s up but he’s cool. He knows I’m into music. It’s more cute when his friends are at school because they’ve figured it out. They know “Corona and Lime” and “Buzzin’.” Hendrix likes it, but he doesn’t give me too much juice. He has a very amazing ear.

Is he into music?

He’s into music. He’s in the choir, does his solos. He’s very good, he stands out. He has an amazing pitch, it’s amazing to see.

Do you look at him like he’s your mini-me?

Definitely. I’m excited to see how he grows. He’s definitely going to be doper than me, way doper.

I really want to get into film and television, that’s my next step. Even before I got into entertainment, when I was dreaming about what I wanted to be as a kid, it was always an actor. I don’t even know how I got into music. I loved it, I vibed. I made bands for fun and did plays. Music started rocking, so I left it. I want to get back into that and be a good dad. Work on being present, improve on myself as a human.

Don’t do it… just kidding. Reality was cool, but it’s a lot. Cameras around you all the time. It’s fun. It was good. For me, I wanted an engine to promote the album and music. It’s funny because I’m trying to hate on it but at the same time, I’m working on developing a couple other shows, just a little different. If done right, it can be great.

The Buzzin’ vapes, you (Shirley) got the THC version early. Right now, the CBD version will be available on speedweed.com. Go get it! CBD and THC will be out soon.

What’s next in store for Shwayze fans?

Oh man, more and more and more. More music. I like the idea of dropping a lot of singles in the future. I’m trying to do a lot more acting, just keeping it fun. 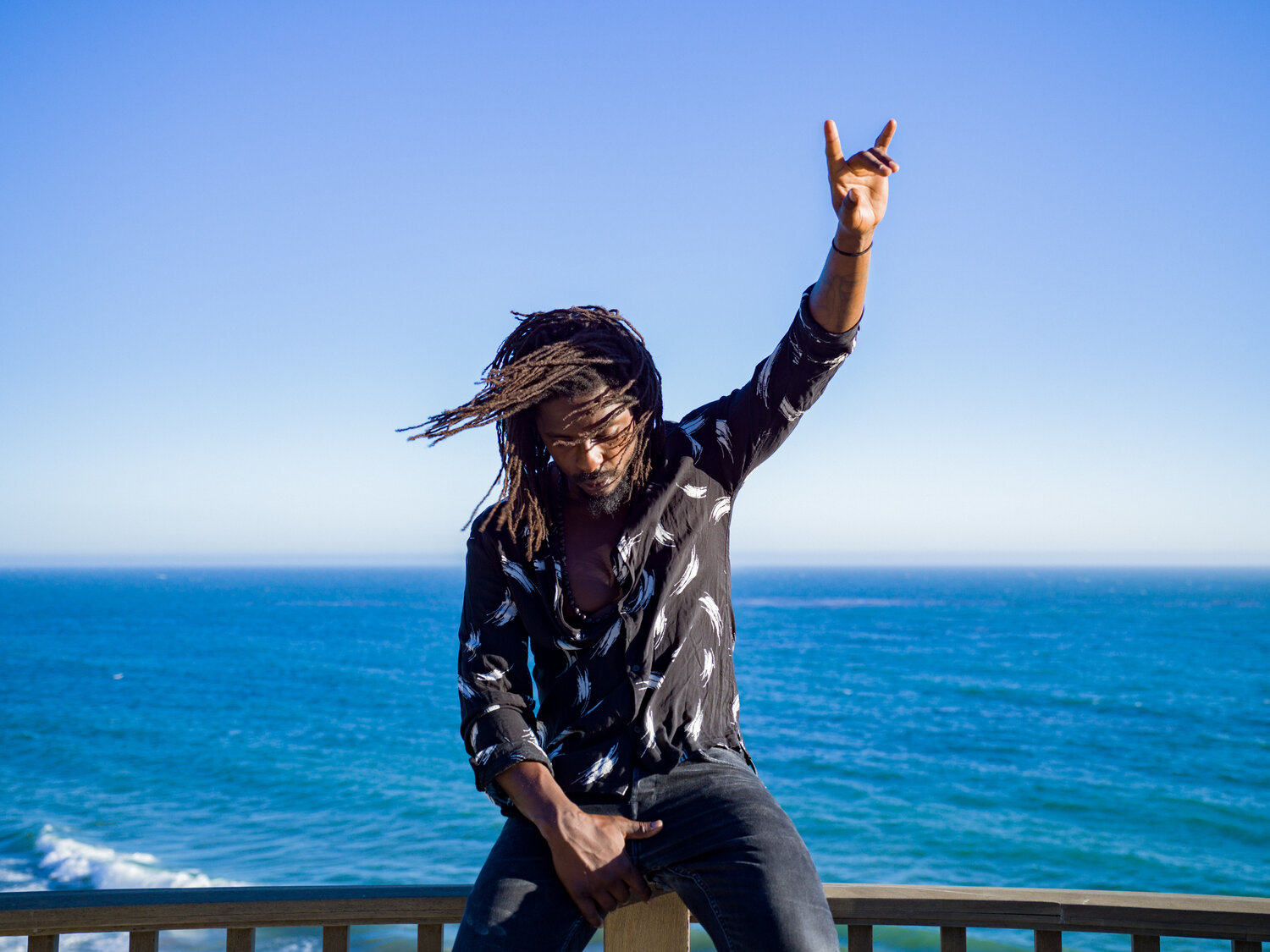 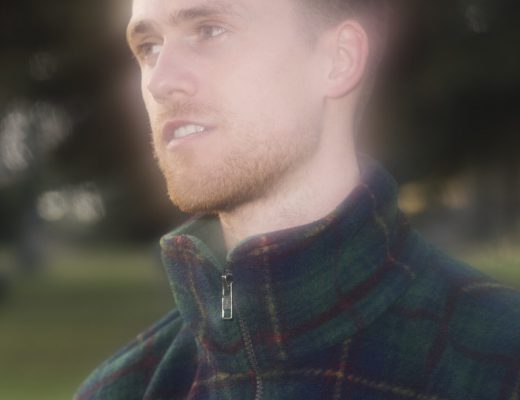 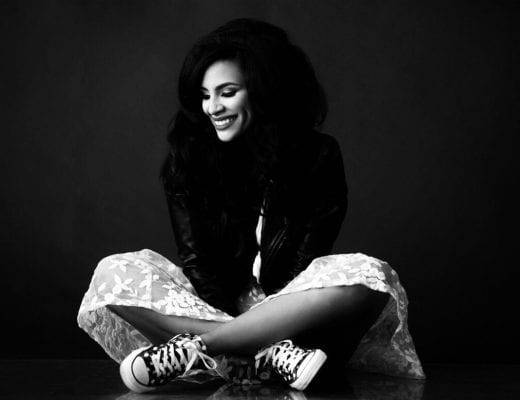 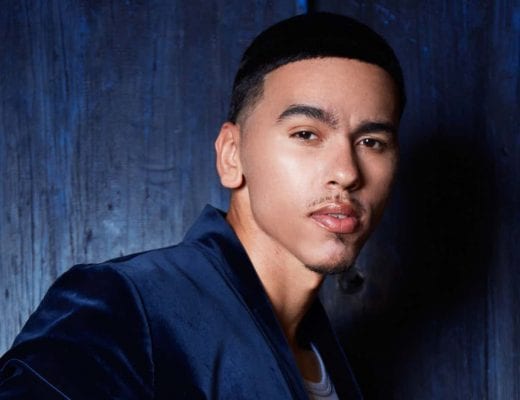