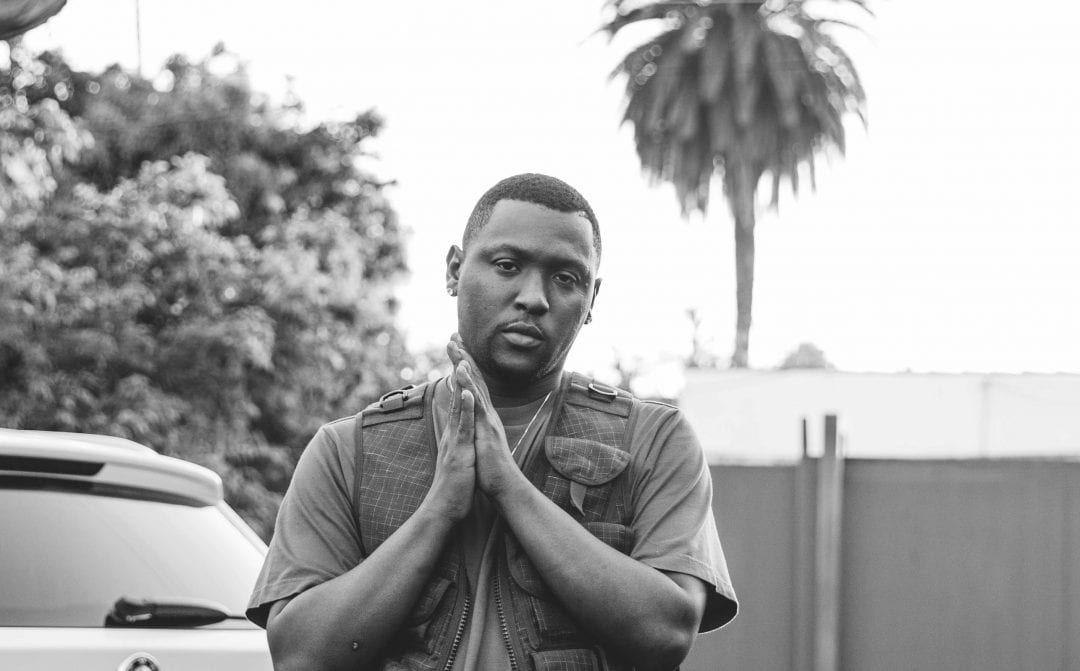 Read the full interview on Variey.com!

Hit-Boy is at the pinnacle of his career having executive produced Nas’ latest release, the well-received “King’s Disease,” as well as Big Sean’s “D2” (alongside Sean and Kanye West), which currently stands as the No. 1 album in the U.S. Among his other credits: Travis Scott’s “Sicko Mode,” Kanye West’s “N–s In Paris” and Kendrick Lamar’s “Backseat Freestyle” in addition to work with Los Angeles talent like the late Nipsey Hussle and Dom Kenney. Look no further than the ultimate cosign from Drake, where on “0 To 100,” the rapper spits, “I should prolly sign to Hit-Boy ’cause I got all the hits, boy.”

While he’s usually more of a behind-the-scenes guy, Hit-Boy thrust himself into the public conversation earlier this week by responding to one of Kanye West’s viral tweets arguing that artists should be entitled to ownership of their master recordings, as opposed to the more common record company deals of yesteryear where the investment being made into launching and developing the artist was done in exchange to master rights for a certain term. As West views the issue, he tweeted: “I need to see everybody’s contracts at Universal and Sony, I’m not gonna watch my people be enslaved. I’m putting my life on the line for my people.” He even went so far as to call music business institutions and the NBA “modern day slave ships.”

Hit-Boy’s response to West on Instagram was a revealing one. Writing to his 452,000 followers, the multiple Grammy winner noted that he agreed with West, despite an acrimonious split the two had following Hit-Boy’s work with Beyonce (Hollis co-produced “Flawless”), and also went on to detail what he described as “the worst publishing contract” his lawyers had “ever seen,” calling out Universal Music Publishing Group (UMPG) and chairman Jody Gerson by name and urging, “Let’s fix this.”

West, whose publishing is with Sony/ATV, responded to Hit-Boy’s post with a quote tweet, “From HITBOY LETS GOOOOO.”

Asked to respond, UMPG says in a statement to Variety: “We pride ourselves on our industry-leading track record of putting songwriters first and helping them to achieve their creative and commercial goals. Hit-Boy is an enormously talented songwriter whose relationship we value. We have been engaged in an ongoing dialogue to address his concerns and will continue to do so until a reasonable solution is achieved.”

Further elaborating on what he calls an “unethical contract” — details of his deal are unknown — Hit-Boy adds: “I’m one year out of high school and sign a deal that I’m still in, I never got the opportunity to go even make my own decisions, have full control of how I want to move in my career.” He spoke to Variety on Thursday about his current mindset.

What moved you to speak out on this issue?

Just being in the situation for as long as I‘ve been in it. Trying to move behind the scenes, trying to be quiet, discreet, polite about it, and I kept running into a wall. “Yeah, we know the deal is unethical but we’re still not going to let you out because business is business” — which is cool but my story at least has to get out. Whatever happens with my personal situation, it is what it is, but if I can help inspire another kid to be, like, “I need to be cautious; I need to focus more on the business side versus just the music and be aware.” I wanted to create awareness for creatives man. I’m a true creative so I care about the creative community.

Your publishing deal was signed 14 years ago so it predates Jody Gerson arrival at UMPG in 2015. Haven’t there been opportunities to renegotiate as you scored more hits on the board?

It’s a crazy, deep story. I was in the deal and didn’t even realize how bad it was until I actually made a hit, then it came to life. I thought: “I want to get paid how all these n–s get paid when they make a hit.” I go to the company, and they say, “Your deal is set up this way and that way; you’re basically not moving through the deal the way you should be.” I kept running into that wall while making more and more songs. It forced me to become a workhorse, that’s why I went into this mode of making a whole Nas album, or making “Detroit 2” with Sean and all this production I’d been doing. I love to create but sometimes I feel it’s out of necessity. … I’m not straight financially. I’m not f–ed up, that’s not the place I’m coming from, but I never got the opportunity to even make my own decisions of how I want to move in my career.

What’s unfair about the contract?

A lot of wordage holding me back. I can turn in as many songs and projects I want, but they count them in certain ways to where it’s not fully counted. Certain things in these contracts need to be extinct at this point.

Do you feel like the music industry is structured to take advantage of naivete when it comes to complex contracts and terms?

If you look at my situation, it looks like it. I’m sure there are people in great contracts, too, where they’re very content and happy — and I’m happy for them — but it doesn’t feel good to have your lawyer telling you “this s–t’s bad.” You’re going as hard as you can humanly go to work on music and it’s still not getting you to the place you want to be in. It’s really frustrating, but I can only speak on my personal situation.

Kanye used the word “enslaved,” do you agree with that description?

In a sense, it is. You’re putting in all this time and work and blood, sweat and tears as a creative, then you go and talk to these people who are getting paid off of it and they tell you, ”Yeah, we can’t make your situation any better.” It doesn’t feel right.

Variety published a story last month about the problematic language in music business contracts, including the terms master and slave. Thoughts?

That’s the same as Black Lives Matter when somebody is, like, “We’re going to change the name of this because this happened.” What about the real issue? We need that to be changed, not the name. So we can’t even talk about real issues in music unless we get that slave/master vibe out of the contracts first. I really [am] feeling like a slave when I’m doing all these songs and they’re telling me they’re not counting.

A situation that’s fair to the creative. I saw a post earlier from Brian Alexander, a producer and writer who wrote SWV’s ”Weak” and “Rain,” and all these beautiful R&B songs people celebrate and fall in love to. He was in a same similar type of deal for 28 years. I’m sure something inside of him was killed off, the fire and passion you’re supposed to have on that level of creative. Because we’re human being, not f–king aliens making music, I’m a real person. If I have things bothering me, I’m sure him being in a contract for 28 years f–ked with him, which is wrong. S–t’s wild.

Since your IG, have you talked to Jody Gerson?

We spoke for two seconds. There’s behind-the-scenes s–t going on right now. I don’t have ill feelings towards anybody, but I know something can be done on behalf or how much work I’ve put in to get me out of my deal.

What kind of reaction did you get to the post?

A lot of people supporting — people that I respect and fans. A lot of people in the comments were, like, “Man, I relate to this.” A lot of people said I didn’t have to put the Kanye thing in there but I was trying to make a point. If we’re going to be fair, let’s be fair all the way around.

Why did Kanye have a problem with you working with Beyonce? What was that conversation?

That’s something you have to ask Kanye, I don’t know. I only said that to make a point: he’s online saying we’re all brothers and we should love each other, don’t hate. OK, well don’t be contradicting yourself either because this is how I saw it. This is exactly what was word-for-word said to me. I worked with other people Kanye also knows, all these great artists during the time I was signed to G.O.O.D. Music. There was never no issue, so why’s there an issue I worked with her? It is what it is, you have to really ask him.

Did you take it personally? “N–s In Paris” is one of your biggest records.

It’s beyond taking it personal. Brand-wise, it just set me back. It’s f–ed up to have to feel like that or say that, but it put me to a position where I had to climb my way back up from zero. It definitely was an emotional time. In a way, I rather [hear], “your beat’s not tight no more; that s–t wack.” I would’ve respected that. He was telling me, “I want you to do my whole project, this s–t fire,” and then turn around, like, “Oh, never mind; I’m not picking your s–t because of whoopty whoop,” that discouraged me as a creative.

Kanye once called you the Golden Child, in London with Big Sean in 2012.

That was an epic time, he had the whole squad out there. Me and Sean built a lot out there. We worked on a bunch of ideas, like “Clique,” which was fly. Any time I got to be around dude was a great opportunity to learn from a high energy, high-level, talented, creative, amazing f–king artist. I got to learn a lot, but it also came with me bumping my head: me understanding what came with the game.

Has Kanye influenced your production?

Listening to “Late Registration” was a moment. I was fresh out of high school and used to ride around in my whip and play the album all the time. The way he was using sounds and put them songs together, that influenced me heavy. Obviously all his albums are big, but in really studying him, he had style to every beat. It had its own mood and its own feelings. That’s what I try to do in my songs.

Big Sean’s album is No. 1, where do you think he’s at musically in his career?

He’s in an amazing place. If you listen to the album, he’s not spitting some bullshit bars, he’s talking his life — past; present; current; just evolution of his personal self. That’s something we can appreciate, because a lot of music isn’t talking about nothing. He goes in on every joint. Even the up-tempto harder joints, he’s still saying thought-provoking, wise, intelligent things. We should respect where he’s at for sure. 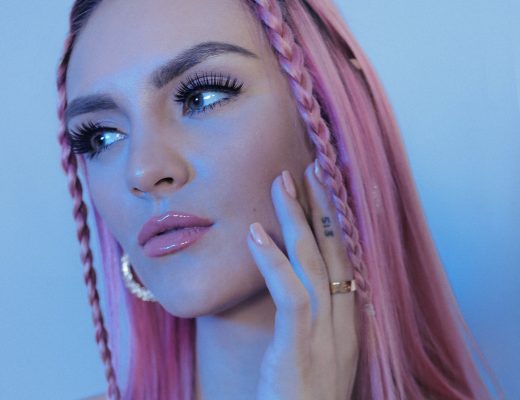 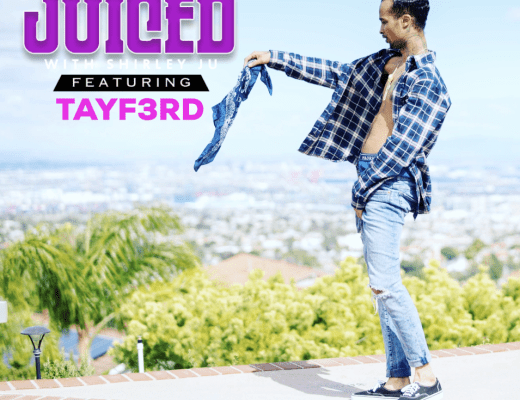 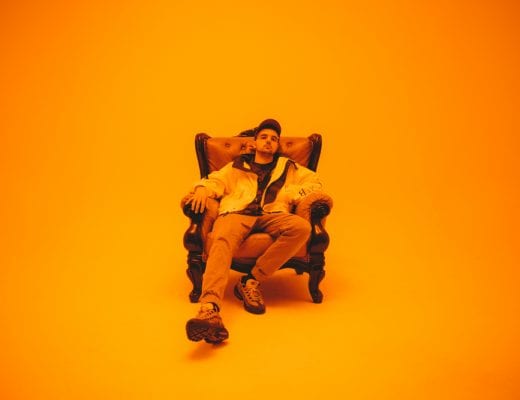