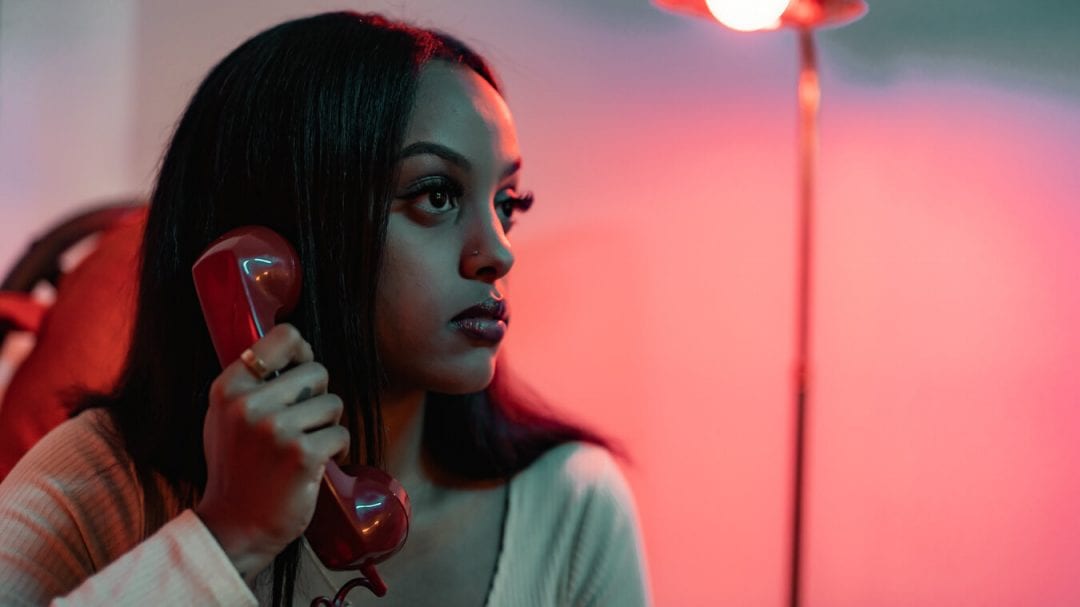 We stan Ruth B. The Canadian singer-songwriter exploded onto the scene with her 2015 single “Lost Boy,” which became an instant smash on the social media app Vine (rest in peace). Not only did fans instantly eat up the single, but they fell in love with Ruth’s both inner and outer beauty. The lyrics boast honesty, vulnerability, tranquility, and a level of humanness that the masses can relate to all around the world.

Since the viral moment, the 25-year-old has racked in over 1.5 million accumulated streams and  continues to deliver heartwarming ballads for people of all different walks of life. With a sound that transcends genre barriers including pop, R&B, alternative, and soul, Ruth carries a voice that you can’t help but fall in love with.

Following the release of “If I Have A Son” in light of the Black Lives Matter movement. Ruth drops off her highly-anticipated new single titled “Dirty Nikes.” Flaunt caught up with Ruth B via Zoom, who was located in Edmonton, Alberta. Read below as we discuss her upbringing in Canada, coming up on Vine, “Lost Boy” going viral, new record “Dirty Nikes,” goals, and more!

Being from Canada, what was the household like growing up for you?

We’re a family of 4: my mom, my brother, and my dad. A really loving family, always together. Everybody here loves music so that was always nice, it connected us for sure.

Definitely my family, my parents definitely inspired me a lot. My friends, then different musicians that I love growing up. I love Lauryn Hill and Alicia Keys.

Talk about being Ethiopian too and how that plays into your life and your music.

Both my parents immigrated from Ethiopia to Edmonton about 30 years ago. Definitely a big part of my life growing up, they’re pretty adamant on making sure that my brother and I retained the culture. I grew up listening to a lot of Ethiopian music, that’s definitely played its way into my songwriting.

Honest, raw, and real. I usually like to keep it pretty simple. Over the past little bit, I’ve definitely done some evolving as a musician and ventured more into R&B. For the most part, I say it’s organic.

Probably a few years ago after I started posting my original music online through an app called Vine, that’s where I got my start and posted original music. Everyone was super supportive and wanted to hear my original music, that’s definitely what inspired me to pursue it.

What was your favorite part about the app Vine?

I love the app, I thought it was so fun. I liked how it was only 6 seconds and that you had such a small amount of time to make a mark. That’s what made it so fun, especially for the creators on there. You had to be uber creative to get people to listen to you.

What’s the role social media has played in your career?

Social media is so huge! Right now especially if you’re a musician like me, I always felt very overwhelmed by the fact that I’m from Edmonton, Alberta. How are people going to hear about me? Social media is so good at making you available to everyone and anyone. Anyone can really hear your music, that’s dope.

How does it feel to have “Lost Boy” go viral the way it did?

That was such a crazy time. That started on Vine as a 60 second clip, wasn’t really a song or anything. People really wanted to hear more. It’s so amazing to see what that song has done, the amount of people it’s touched really means a lot for sure.

Bring us back to when you made that song and what inspired those lyrics.

Part of it was the Peter Pan song. The more that I sat down to write it, it turned into a pretty honest song about being lonely and trying to find yourself. Find friendship in whatever way that might be, it was pretty honest to me.

Were you ready for it to like, go viral and gain all that attention?

Definitely not, it happened out of nowhere. To this day, I’m always so blown away at how much support that song has had, but it was such an intense, amazing journey to take on. Having a song like that is a crazy experience for sure.

What was your reaction to your Intro EP going Gold?

That was amazing! Most exciting part about that project was the fact that it was really my first. I got to write it and produce it myself which always meant a lot to me. Being able to have something I made in my bedroom for fun, having that kind of success is so amazing,

Everything was made in your bedroom?

On that project, yeah. Those were the first 4 songs that I‘d ever written. Now I’ve definitely ventured, I write more in studios. Back then, it was definitely all here [in her crib].

That was back in 2015, how have you evolved since?

As an artist, definitely my sound has changed a lot and my writing has grown with me. The same way I’ve changed as a person, that goes hand in hand. The more you grow as a person, the more you change as a writer. It’s cool. At the heart of it all, I’m still very much in love with music. All I really want to do is write songs, so that hasn’t really changed.

You just released your new single, “Dirty Nikes.” Who or what inspired this one?

I was living in New York at the time last year, hella inspired by the city itself. I was writing with a producer named Patrick Wemberly and a woman named Khaya Cohen, it was our first session together. We’re talking about life and like: what I was going through, what they’re going through. We started writing around this concept of “I don’t hate you, but I have to learn to.” It was a super reflective and honest song, felt more like I was writing in my diary than I was writing a song.

How often are you writing in your diary?

It’s hard to stay committed, but it’s definitely a form of therapy for me. Before my therapy used to be writing songs which it still is, but that’s shifted into something more than that. Journaling for me is really therapeutic so I try to do as much as I can. I should be better.

What does it mean to create a song like “If I have a Son” dedicated to the Black Lives Matter movement? Especially during these times.

That’s another song I didn’t think I was going to put out, more so I wrote to get off my chest what I was feeling in the moment. After I played it for my friends and family, they were super into the idea of me putting it out and having a positive impact on people. That’s very important to me. It set off this new wave of wanting to use my platform and my voice to do good and talk about things that matter.

Talk about collaborating with Flow Nagwa for the powerful visual.

She’s an incredible videographer, I saw a bit of her work and immediately we reached out to her. She went out to one of the protests in Brooklyn and shot a bunch of amazing photos. It went so perfect with the song, really embodied that moment and that time in history. She’s very talented.

What’s a normal day in the life of Ruth B?

Before the pandemic, I was mostly in the studio all the time. I was living in New York, writing 10 hours a day, coming home, binging a show on Netflix, and going to bed. Now, it’s pretty all over the place. It’s cool to be back in Edmonton because I feel very connected to my friends and family again. It was starting to feel a little distant before because I was never home. It’s cool to have this time to be Ruth for like a while, and live in that. It’s a different but cool season for me.

What shows are you binging on Netflix?

Oh my gosh, we’ve watched so many! Right now, I’m watching a super old show One Tree Hill, it’s not even on Netflix.  My friends have always told me to watch it so me and my boyfriend have been watching it. I love it so much, it’s fun.

Water, lip balm and my phone for my voice notes to record little ideas.

Do you smoke or drink?

I guess graduate because I was in school before all of this. Maybe some sort of writing or anything that has to do with writing, I’d be writing books like on an island by myself.

If you could bring one album to that island, what would you bring?

So much! One thing this whole time has taught me is to not take that for granted. In the moment when you’re touring, it can become so tiresome. You grow weary of it, you almost resent it a little bit. Now, I miss the most having that actual, like real-life connection with people. It’s crazy.

As an artist, how do you feel you’ve been affected by COVID?

It’s crazy, obviously everyone’s been affected. I always have to keep in mind that everyone’s dealing with this in their own way. Definitely if you’re an artist, you feel it a lot. Touring is such a big part of our lives so not being able to do that has been really different. At the end of the day, it’s something we’re all going through. For me, I’m trying to take all the measures to get over this as fast as we can.

Being only 25, goals for yourself as an artist at this point in your career?

My biggest goal is I want to eventually one day write, produce, engineer an album of my own. Do everything from top to bottom all by myself. Especially as a girl, you don’t see that much female representation within music. I definitely want to do that someday.

Do you produce your own stuff?

I have in the past. I’ve done a few songs. “If I have A Son,” that was me. “Lost Boy,” that first project, but I want to get into the nitty gritty. I recently bought a bunch of the gear and downloaded Logic.

How’s that whole experience been?

It’s been fun! It’s been challenging at times. I have a really awesome music director based in Brooklyn, we FaceTime a lot. He gives me tips so it’s really cool.

I know you’re working on your album, right?

I’m working on an album, super excited for people to hear it. Always very thankful for the support. 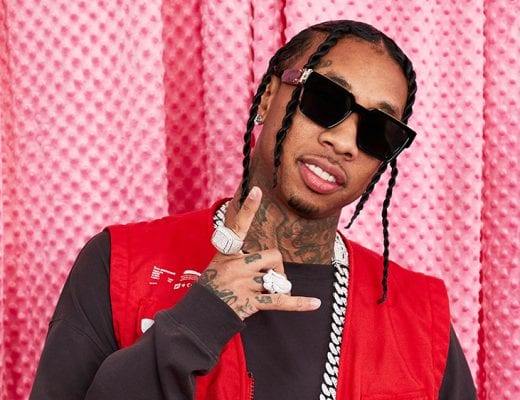 A ‘Taste’ of Tyga: ‘Being in the Game Over 10 Years and Still Dropping Hits Is Everything’ 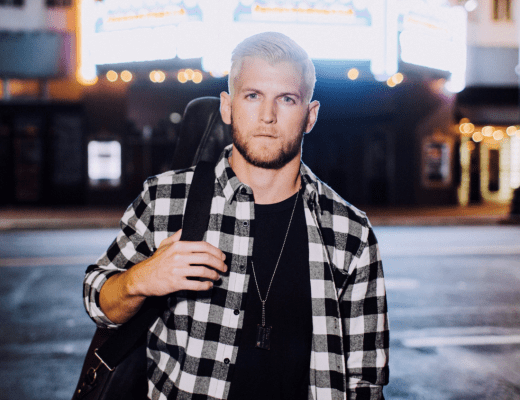