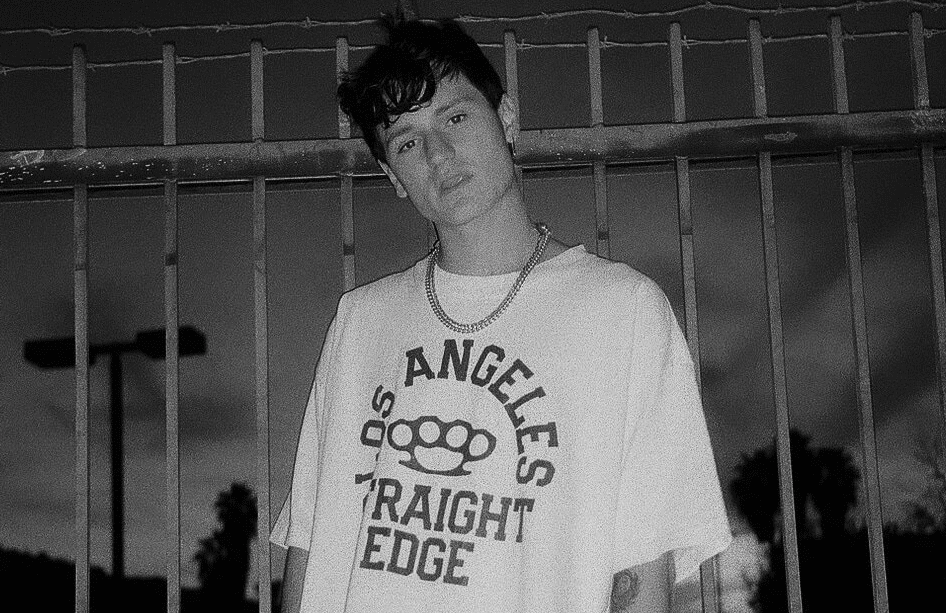 If you’ve had the pleasure of meeting CADE, you probably fell in love with his personality instantly. Hailing from Tampa but now residing in beautiful Los Angeles, the singer-songwriter creates music from his heart and soul, unleashing ballads for the masses to listen and relate to. Beyond that, he’s a dreamer and innovator who’s really big on being his own wave.

The beauty lies in the fact that artists don’t have to be confined to any one sound, and he’s the perfect example of someone stepping outside of their comfort zone and doing what feels right to them. CADE describes his sound as “a blend of electronic music history, with R&B and hip-hop influences. That’s where it’s going, a big cross.”

Most recently, he released his new single titled “Kill Me Softly,” which serves as a sonic departure from his usual topline sound. Now, he’s pushing his own lane dubbed “future R&B,” combining his background in dance music with modern-day urban influences. This follows the success of his collaboration with Maggie Lindemann and Cheat Codes on “Pretty Girl,” which is certified Platinum in the States and double-Platinum in the UK.

Flaunt caught up with CADE at the Kandypens house in the hills, who was rocking a custom fit with standout silver jewelry accents throughout. Read below as we discuss how he’s adapted to the pandemic, “Kill Me Softly,” fondest memories from “Pretty Girl,” his style, goals, and more!

Are you still at that same house in the hills we spoke at last time?

Yes ma’am, it’s really great. It’s so laidback over there. Actually a lot of my sessions end up being in the valley, so it’s really dope. I have a home studio setup so I’m locked in every night with different people, trying to keep it busy. Take this time where it’s finally slow to create new vibes and try to focus on 100% being the artist.

This is the perfect time for independent artists because they can really show what they can do.

How has COVID affected you?

It’s a given that it’s slowed everything down socially but in general, I’m used to being in big sessions with lots of dope producers and great writers. The number of people has gone down significantly so instead of doing the super sessions, I’ve been doing more one or two people pulling up to my spot. Working with more tracks from other producers and doing topline vocals on my own. It’s changed the environment of the studio but besides that, it’s been cool. Obviously no shows, which is definitely weird. 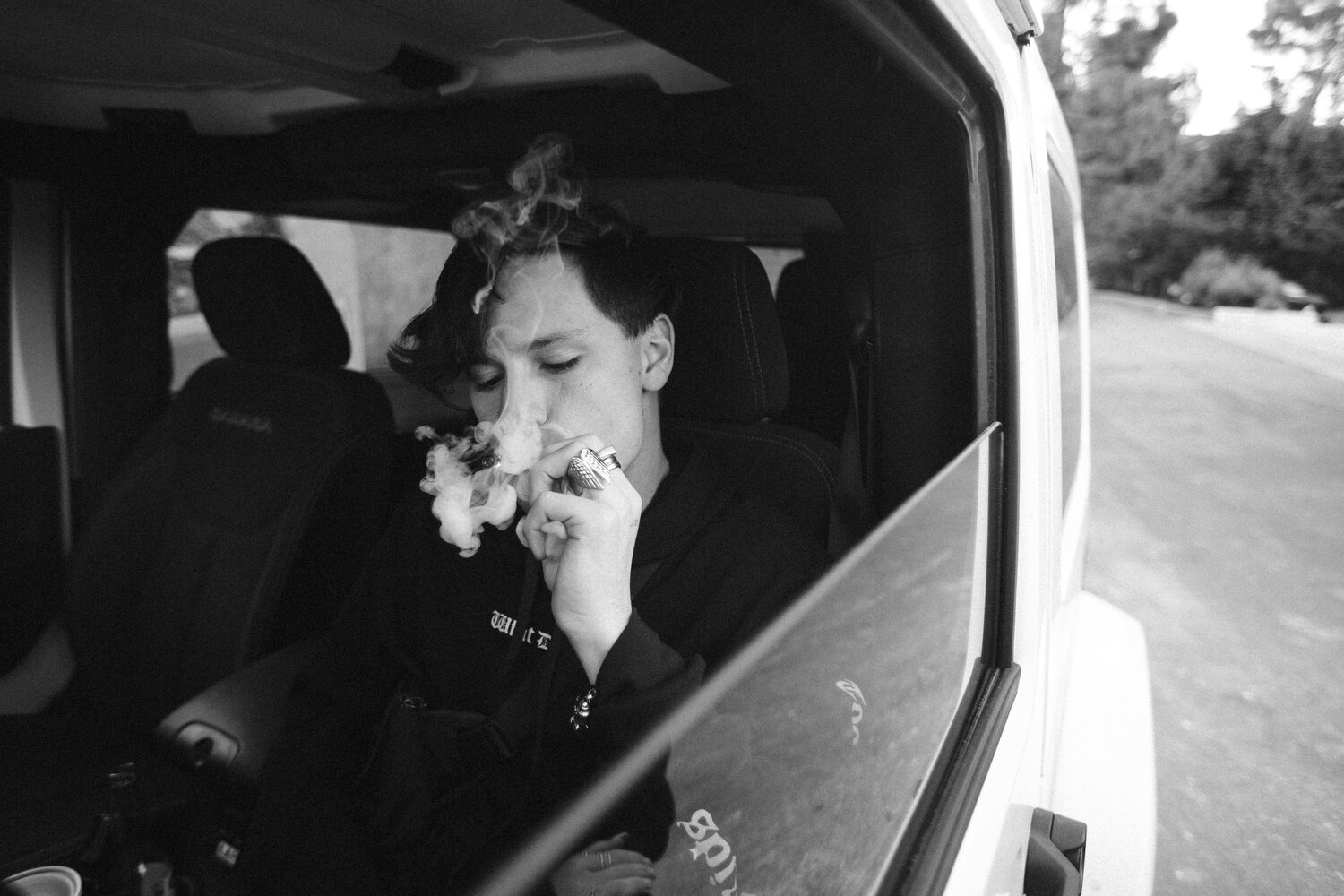 Were you a big performer before this?

I was going out every weekend doing college one-off shows. It’s fun to bounce out for the weekend, go something different, come back to the studio and feel refreshed. Right now, it feels like I’m in there so much. For example, last night I went up to Joshua Tree to give myself something to write about.

What did you end up with creatively?

I really got inspired by the nature surroundings. There were a couple deer that popped up by my spot so I was writing about what it’d be like to be inside their head. Some weird shit.

Are you the type when you go to Joshua Tree, it’s no phone, no wifi?

You know what, I had my phone. I didn’t really use it too much. I used it more for documenting and kept it on a Do Not Disturb vibe. I’m not die hard about completely disconnecting. I wanted to get in a different scene and be with myself for a little bit, be in my own head and let my own thoughts run.

New single “Kill Me Softly” out now, how you feeling?

I’m really excited about it. I did this song with this producer named Diamond Pistols. He has stuff with Lil Pump, does Rich Brian’s stuff. He’s been working with a lot of really dope people. He and I go way back as friends and collaborators, he really helped bring that record to life. I did it with him and two other people: this artist named Jutes who’s over at Capitol, and this other dude named Miles Wesley. A cool little group because they’re all the next up.

You say this song means a lot to you, how so?

I want people to understand I’m here to bring a smile. A lot of times when I’m writing my music, it’s coming from a place where I feel emotional and sometimes it can be down. I wanted this one to be fun, good vibes. What’s most important to me is to show people I’m starting to step more into the hip-hop space. I hope that people are able to take me seriously doing something different, I’m constantly trying to adapt.

Mentally, what were you going through recording this record?

At the time, I was feeling mad anxious. When I got in the studio, I wanted to let this go. I took inspiration from nights out in Hollywood, your typical shit getting blacked out at On The Rox. It’s a really cool vibe in the room.

How was collaborating with Dipha Barus on “DOWN”?

That was really dope. For those of you who don’t know, he’s a really big DJ over in Indonesia. Indonesia has always been one of my biggest markets (Spotify, Apple Music, etc.) When I was over there playing WEVA Fest with Swae Lee and a bunch of those guys, Dipha was also on the lineup. We tried to connect there, but it didn’t happen. Dipha’s also signed to Ultra Music so they connected the two of us, we got in our first session. He’s a really dope dude. Originally we wrote this song, I thought it was a cool vibe but I didn’t know I’d end up being on it. He’s really excited about it being a collaboration, I said “fuck it!” I’d love to have something in a dance space while I’m still pursuing my thing.

Me and Trevor from Cheat Codes (also roommates) joke about it being the song that never dies. We crack up because it’s one of those things. We got the opportunity from 300 Entertainment, they’re like “Maggie’s our new focus, this single’s the next up.” We wanted to give it a new life, it’s cool it connected how it did. That song whether it completely fits the paid genre or not, opened so many doors for me as a producer and collaborator so I’m forever grateful. It keeps my Spotify rocking.

Fondest memories from that record?

At that time, Trevor and I were living in Studio City with one of the other members from Cheat Codes. What I really remember about putting that one together was we had our own bedroom setups. We’re always making music nonstop in house, a lot of Trevor and I sending stems back and forth to each other. It’s cool how the song got brought to life. Trevor and the boys were mad busy on tour, same thing leaving all the time. They thought it’d be a cool opportunity for me to try to throw my spin on it and turn into a genuine collaboration.

How has your relationship with Cheat Codes evolved over the years?

Those guys are always going to be homies to me. They’re the first to recognize what I was trying to do in this scene and give me a chance to help make that happen. I’m always going to appreciate those guys. Now Trevor got his own place over in the valley, we’re no longer roommates but always best friends.

Do you miss Tampa at all?

Yeah, for sure! Most artists can say their hometown brings so much as far as their roots. For me coming from Tampa, it really created who I am and my chemical build. I’m always missing Tampa. I love going there for holidays, but LA’s where I like to make my music.

How long you been in LA now?

About 5 years. That’s when they say it’s finally starting to get comfortable right? [laughs]

Fashion has always been mad important to me. I remember from the earliest age, thinking it was so cool going into a store and picking out the dopest items. It’s the best way for me to express myself. I like to think of my style as modern day streetwear, but definitely have a little dash of hat hypebeast shit too. I love the hypebeast shit. [laughs]

I’m going for longevity in this business. I’m here to stay and make sure I take time to do everything with quality, I hope everyone can see that through. I use music to escape my social anxiety, dark times or depression. I hope that other people can listen to my music in that way and be able to escape, come to my shows and feel they’re getting away with me.

It’s cliche, but I want the GRAMMY. I need it. I really want to gain that respect in the Recording Academy. Besides that, I’d really love to have a Billboard Hot 100… again. I tapped into that lightly with “Stay With You,” but I want to hit it again.

My next single is coming with production from Nick Mira. He’s produced a lot of Juice WRLD’s, did Internet Money’s ‘Lemonade’. He’s fucking killing it. He’s like you, never stops working. Looking at February to do an EP. Back to the R&B influence, a lot of people still see me in an electronic dance space, I’m serious when I try to step into that world. I hope everyone’s real accepting of it and be patient with me as I try to grow. 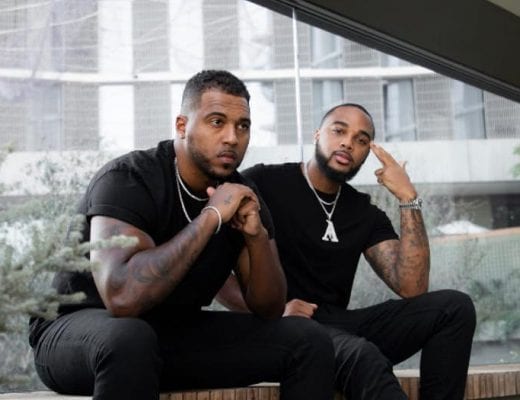 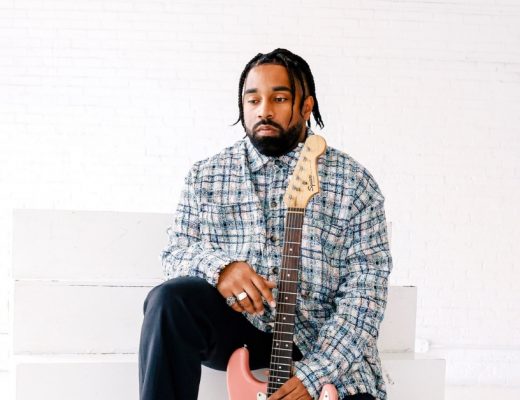 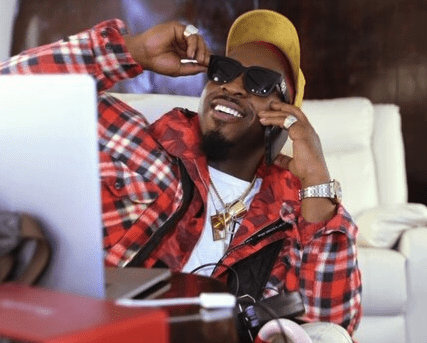