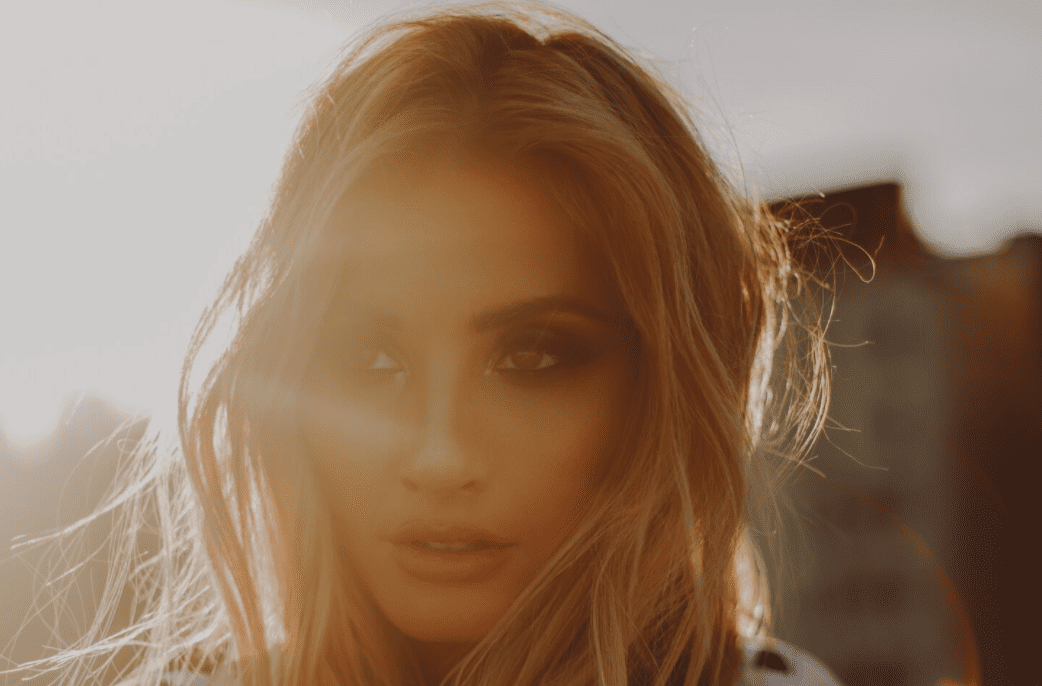 Montana Tucker continues to steal the hearts of many from all across the globe. Hailing from Florida, the singer, dancer, actor, and overall lover of life now resides in sunny Los Angeles and is living out her dreams on the daily. Regardless of her endeavors, Montana prides herself in her ability to entertain, building a core fanbase each, and every place she goes.

You may have seen her break down her dance moves, doing full choreography, in the middle of Hollywood, or even maybe in New York in the heart of Times Square. From coast to coast, she brings her much-needed positive energy and talents to both new and old fans alike.

She states, “I’m excited to be showing the world more of my music. As an artist, I love to create and I’m going to keep going.”

In 2018, Montana dropped an incredibly powerful record titled “I’m Not Alone” which invited people from all walks of life to relate and sing along. Currently finding her way to Pitbull’s Mr. 305 Records (the only female artist on the label), she unveils her most recent single “Sunday Funday,” which follows April’s release of “Hola.” Still, she somehow finds time to act, have a social life, and even give back to her community with her activism.

Flaunt caught up with Montana via Zoom, who was in high spirits rocking a white custom Dust of God’s jacket.

Being from Florida, what were you seeing growing up?

It’s interesting! It’s so cool how full circle it is now with Pitbull and doing all these things from Florida. I loved growing up in Florida, I go back all the time. I’m from Boca Raton, north of Miami. Ariana Grande’s from Boca as well. It’s a very quiet area. I’d be in Miami a lot, very frequently. I’ve been in the entertainment industry since I was 8 years old.

That’s crazy you were modeling at 8.

Literally! Modeling, acting, I did Barney. I did a TV show with Ariana called E-Venture Kids on PBS. Every national commercial, Done all the things literally since I was 8. I love it so much, truly.

How was dancing for Ashanti and Ashlee Simpson?

Honestly, it was nuts. I danced for them when I was 15 years old or younger. I barely even knew how to walk in heels, yet I was dancing in heels. It was wild, I somehow pulled it off. All the other girls dancing for them were in their late 20’s, it was a cool experience to do that at such a young age. That’s what made me be so passionate about performing. Still to this day, being on stage is my favorite thing.

How much do you miss performing?

I miss it so much. I’m so thankful I have social media and I’m able to do these videos. I shoot my videos sometimes like mini-music videos. I can’t imagine if social media wasn’t around and we’re dealing with this time, I don’t know what so many people would do. Pros and cons with social media for sure.

How was dancing in the heart of Hollywood, compared to Times Square?

I’m always embarrassing myself in public. [laughs] Because so many more people film here in Hollywood, it’s a little bit more accepted. New York, it’s straight-up tourists. Not that many people film social media videos as often as they do in Hollywood. I definitely got more stares in New York, but both crazy places for sure.

I’ve been doing it since I was 15. I had a song with Flo Rida, songs in the Step Up 2: The Streets movies, and Bring It On 5 – a lot of different things. My career’s taking all these different turns, I never expected social media to take over my life in the way it has. I’m thankful for this journey, it’s led me to where I am now. I’m grateful it happened the way it did. I didn’t randomly wake up one day and go, “oh, I want to be an artist.” I took a break to focus on dancing and social media. What’s so awesome these days is you don’t have to do one thing. People always try to put a label on exactly what they do: “Oh, I’m just a singer, just a dancer, just an actress.” Years ago, maybe you had to do that, but you can do whatever you want. With social media, you can show all these different sides of you.

“Sunday Funday” out now! Bring us back to when you created this, I’d imagine it was a lit Sunday.

Whew! I’m excited. We shot the music video in Miami, a lot of the lyrics are such Miami vibes. “Cruising down the highway, going way too fast in the sunshine state!” I and the writers got the full inspiration for the Miami feel-good, going on a trip with your girls, having no worries. Even if we had a stressful week, it’s okay because Sunday’s the day and we’re having the best time. More than ever, we need a song like this. I want people to forget what they have going on, let go, relax, and have fun. There are so many stressors these days, so when people hear the song, I want them to let go and have fun. Whether you’re listening on a Sunday or not, have that Sunday Funday feeling.

What is your ideal Sunday Funday?

Really depends on what mood I’m in, but I love going to the beach. Whether I’m in LA or Miami, I love going to the beach. Walking the boardwalk, renting bikes, laying out with my friends, watching the sunset. I love going on hikes, I do that quite often. California has amazing hikes. Honestly I try to disconnect as much as I can. Especially with a lot of people working from home, they don’t know when to disconnect because they’re working 24/7. It’s important to have a day where you can disconnect and have fun.

Who inspired the record “Hola”?

That was another total Miami vibe. I’d just signed with Pitbull and his team, I was in Miami recording. A lot of his team is Latin, the producers I worked with. I’ve always been inspired by Latin culture and music. A lot of my friends I work with are Latina, I always gravitated towards Latin culture. This song’s about me meeting a guy who’s Latin, he comes up to me and says “hola.” Just a party vibe. We’re trying to shoot the music video in Mexico, then all the COVID stuff happened so we never got to do it.

How did you end up at Pitbull’s label?

It’s awesome, crazy full circle. When I was younger, my dance group opened for Pitbull. His partner on Mr. 305, Robert Fernandez, knew myself and my mom who’s my manager. They had a song come out with Daddy Yankee and wanted someone who’s a creator to do dance videos to it. The conversation led into what I’m doing these days, Robert said “come down to the office and let’s meet.” I went down to meet with him, “let’s see what we come up with.” I got to the studio, recorded a bunch of songs, met with Pit. We all had the same vision, all on the same page and felt strong about this partnership. It’s been truly amazing, Pitbull and Robert are such smart businessmen. Pitbull’s such a smart businessman, he’s been so motivating.

What can we expect music-wise from you?

Definitely a lot more music. People keep asking, “when’s the next single?!” I pump out dance videos, 3 a day, so my songs aren’t as fast. Definitely more music before the end of the year and next year for sure, going full force. A lot of cool collaborations are coming out, I’m really excited.

I need tea, singers understand that tea helps drastically. I need the lights to be dimmed, I hate recording in bright lighting. I like to get in the zone, even some LED lighting sets a vibe. I’m such a friendly person, I love being around people. When I film, I don’t mind who’s there but when I’m in the studio, I prefer to record me and whoever’s working on the song. I don’t like having a lot of people there, I get distracted.

I have an interesting style. I’m definitely not minimalistic. I love animal prints, I wear a lot of animal prints. Anyone who knows me knows black and gold are my favorite colors. All my jewelry is always gold and has gold accents. I’m trying now to get into some brighter colors, I’m always loud.

I’m always on the go, always so bubbly and dressing up, but my favorite thing in the world is to be on my couch at home in sweatpants binge-watching Netflix. I love being on the couch with Netflix. I just watched Ratched, it’s a crazy show from Ryan Murphy who created American Horror Story and Glee. Binge-watched the whole thing. Then the sweetest show in the world,  called Love on the Spectrum, the most heartwarming show. Binge-watched that. I actually need a new show, if you have any recommendations. Going home and wanting to sleep, it’s the best thing to put on. But sometimes it prevents me from sleeping if I get into it.

To release more music, the dance videos are picking up so much of my time. I want to balance more so I can focus more on my music. It’s really important to me. I’m truly so excited to get it all out there. When the world opens up again soon, crossing my fingers, I want to tour. I’m thankful to have followers and fans from all around the world, truly my dream’s to be able to tour and perform in all these different countries and places. By 2021, hopefully that can happen. 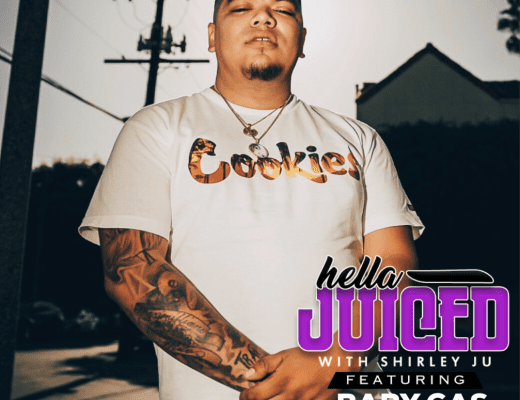 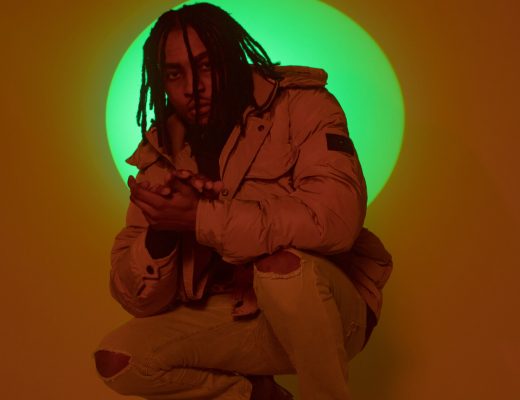 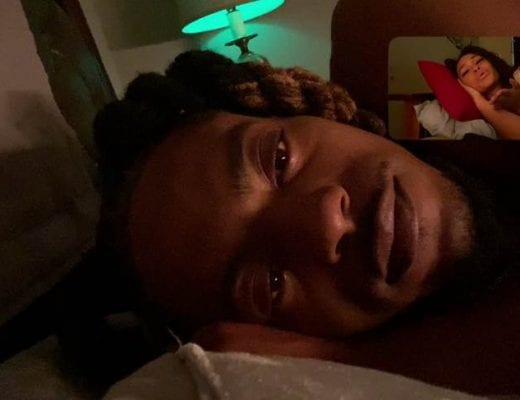 YOUNG ROG DROPS THE PERFECT QUARANTINE VISUAL “ON THE ROAD”