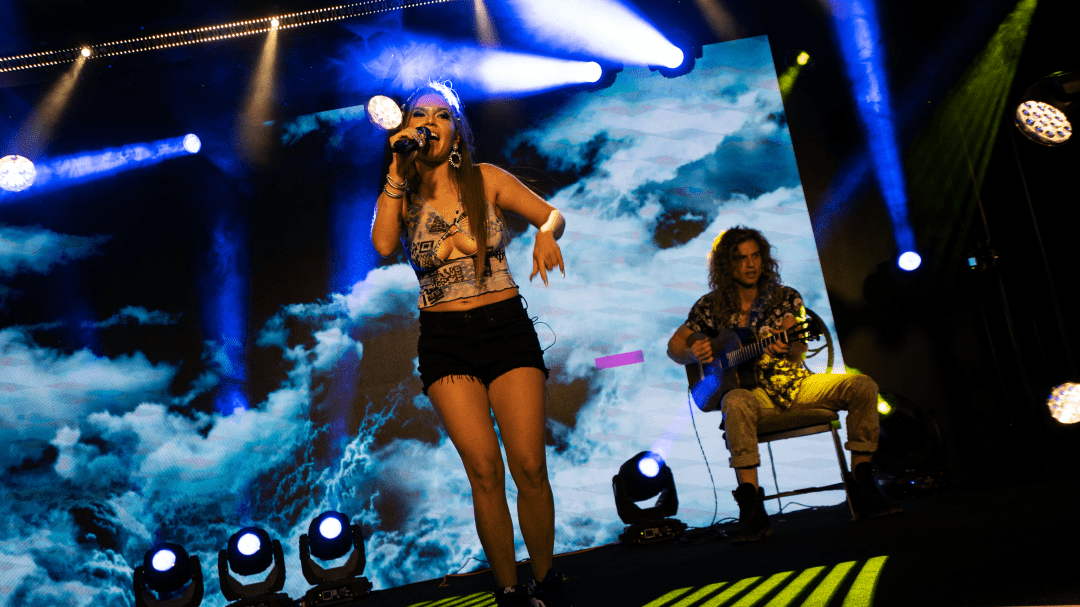 Chanel West Coast is America’s Sweetheart… literally. If you haven’t heard her music, you’ve definitely heard her laugh — and we’re here for it! The singer, rapper, actress, model, and TV personality may have caught her big break on Rob Dyrdek’s MTV show Ridiculousness, but ultimately, music is her biggest passion.

Boasting 4.3 million followers on Instagram alone, the Los Angeles native carries one of the biggest hearts, with a down-to-earth, charismatic personality that’s contagious to all those she crosses paths with. With her musical ability to switch between singing and rapping, she even won over Lil Wayne who signed her to his Young Money imprint back in 2012.

Fast forward to 2020 after much delay, Chanel returns with her highly-anticipated sophomore album titled America’s Sweetheart. Looking back on her journey from the start, there couldn’t have been a more fitting title. The 19-track project hails standout features from Too $hort, Dreezy, Minus Gravity, and more.

Baller Alert caught up with Chanel following her performance at Stream LIVE headquarters to discuss her new project, fondest memories meeting Wayne, creating at Too $hort’s studio, being broke when Rob asked her to join his show, and more!

America’s Sweetheart out now! How are you feeling?

I feel really good. I’m so relieved to fucking have my album out finally. It’s been a long time coming for sure, I’ve been saying to my fans I’m putting out my album for 5 years now. So many things have come up: changes in my career, changes with relationships, figuring out more who I am as an artist. Out of 100% of my songs, literally I would say 30%. I record so much and I write so much. A lot of songs I thought were going to be on this album, they didn’t make it there.

I’m glad “Black Roses” is on there! Love that song.

I made sure to put it on there because that’s dedicated to my girl Nicole, one of my good friends who passed away. No, we’re definitely putting that on the album. It was a lot of work, years and years of making music and finally narrowing all that music down to what me and my team felt were really the best songs that show who I am.

When did you come up with the name?

I actually came up with the name a long time ago and a lot of people were like don’t call it America’s Sweetheart, America’s not in a good place. No, that’s why I need to call it America’s Sweetheart because I’m trying to bring people together again. We’re here in America, we gotta make the best of it and make it better. Even though a lot of crazy shit’s going on, a lot of division, we shouldn’t alienate where we’re from or alienate our love for our country. We need to love our country more, love each other more.

I wanted to really bring people together on this album with my music. A lot of people called me America’s Sweetheart from being on TV so long. I’m on a funny TV show that families watch. They always say “you’re like America’s sweetheart!” Especially in the Midwest, I hear it the most with that accent. I wanted to show that I am, but it’s an oxymoron because I’m still real tough. I say what’s on my mind. As much as I’m sweet, I’m also sassy. I stand my ground. That’s what America’s sweetheart is these days. Not just me, every America’s sweetheart. We’re all much stronger women these days. We’re living in times where we can be or allowed to be, we’re thriving. As much as men want women to be sweet, delicate, and fragile, we’re so much more than that. That’s what I’m showing in the songs. The title’s America’s Sweetheart, but some songs in there “hold up, sweetheart? This bitch crazy!” The whole point of it is to really show that you can be a sweetheart and still be a tough woman too.

How was linking with Too $hort on “Pull Up”? I’m from the Bay.

He’s the fucking coolest person. When we’re in the studio recording it, he put E-40 on speaker and I was talking to E-40. I had to low-key pinch myself. Growing up here in LA on the West Coast and listening to Too $hort and E-40 growing up, I’m in the studio with Too $hort and he’s talking to E-40. I think I made a face that made Too $hort know that I wanted to say hi, he goes “here, say what’s up.” I go “what’s up E-4? It’s Chanel West Coast, I don’t know if you know who I am but I opened for you one time at this random show.” He’s like “what’s up West Coast, I remember you. What’s up girl!”

How funny, the song “Easy” I performed tonight with my girl Anaya (my girl Salma’s on it too), we recorded that song at Too $hort’s studio the same night. We’re on the phone with E-40, Too $hort goes “I’m here with a bunch of female rappers.” [laughs] E-40 goes “aye, it’s time for the females to come up!” It was so tight to hear Too $hort and E-40 talk about me and the girls, really fucking dope.

Dreezy’s my girl, bring us back to when you guys made “Bonkers”.

We wanted to get in the studio with her, but I was down to the wire trying to get this album done. My makeup artist Star works with Dreezy, Star heard the song and said “you need to get Dreezy on this.” I said “damn you’re right, we do” We hit her up and said “hey girl, think you can do it?” She happened to be out of town but she did the verse from London and sent it to us. Yup that’s it, that’s the one.

How was it here performing virtually at Stream LIVE today?

It was great. Obviously, it’s still great to be able to perform during pandemic times when lots of shit isn’t open. I like being able to still perform.

I saw you recently post “Rob hired you when you were broke.” Is that true?

I was very broke. It’s so funny because the day Rob asked me to be on his show, I’m on the phone getting this call. I had this little shelf I turned into a desk in my little ghetto room. I’m at my little desk on Craigslist looking for jobs. [laughs] I did one day of filming before, Rob asked me “do you want to come back and do this permanently?” I literally had a bunch of change scrounge up to go eat, about to take my change to In-N-Out. I looked at the change like “when do we start?” [laughs] I need some money bitch.

A lot of people may not know but the real ones do, you were signed to Young Money. Fondest memories from those days?

Really, my fondest memory of all is the day I met Wayne. The first day I met Wayne, I was at Zumiez 100K, a convention Zumiez does every year. It’s in the middle of winter, freezing fucking cold. 20 degrees, I’m outside smoking a joint with my homies. They have screens all around this convention center. All of a sudden on the screen, I see Wayne’s there. I’m like “Wayne’s here? Wait, fucking Wayne’s here.” I literally throw the joint, they’re like “hey, we’re not even done with that.” They pick the joint up off the floor. I run in the convention center, I tell security “I’m with them. I’m Chanel West Coast bro, I’m with Wayne.” He’s like “oh, you’re the girl on that show. C’mon follow me.” The security believed me I was with Wayne. He walks me all the way outside of the convention center where Wayne’s green room was. You had to walk outside for a moment, I’m standing in 20 degrees. I left my sweater, I’m shivering. I hear security say to Wayne “I got Chanel West Coast, she said she’s with you.” Wayne’s like “Chanel West Coast? Bring her in.” I came in, that’s the very first time I met Wayne. I remember being like “I rap, what’s up? I need a picture with you.” It’s so funny about a year and a half later, through music connections, they said “we need to bring you to play your music for him.” He’d already met me that first time, I thought it was funny I snuck my way into his green room.

He was shocked when I first told him I rapped. I knew he knew me from Rob’s shows, but he didn’t know I did music. When i said I rap, he’s like “you rap?” That’s crazy. That right there is the fondest memory because it’s the first time meeting him, and freezing before.

Did you get an adrenaline rush when you actually met him?

Oh my gosh, you don’t even know. My dog’s name’s Wheezy. I named my dog before I was affiliated with him. Clearly, I was a fan.

Definitely, this is not the end of the music. I’m already working on the next album. There’s going to be mad videos, we’re going to drop as many visuals as we can for this album. Just know the next album’s coming sooner than you think. 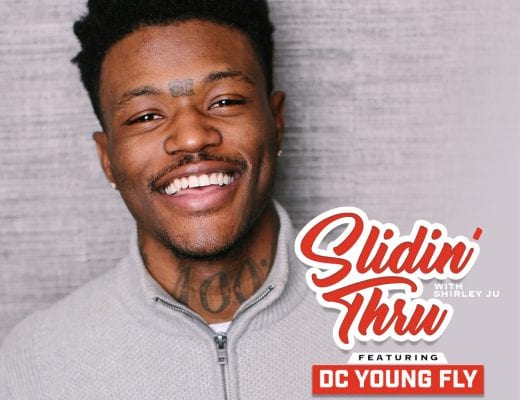 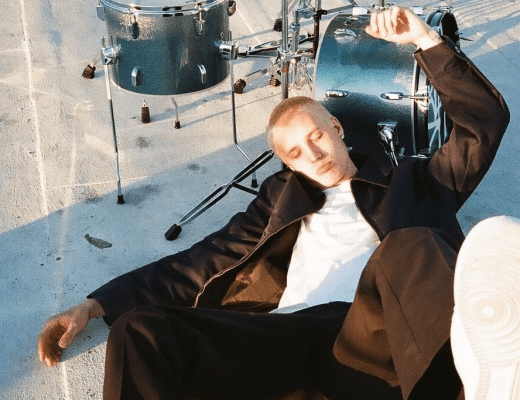 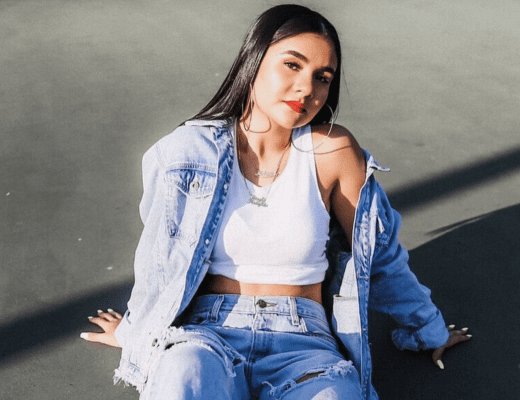