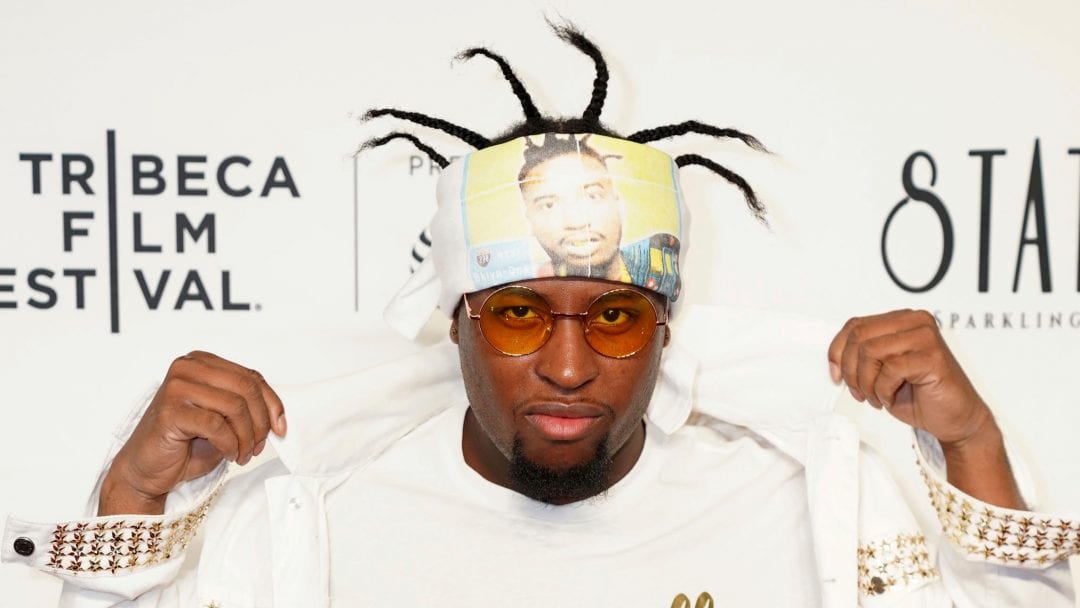 Young Dirty Bastard is effortlessly keeping the legacy of his father, Ol’ Dirty Bastard, alive. The late New York rapper (known as ODB) was not only one of the founding members of the legendary rap group Wu-Tang Clan, but he was considered one of the most unique, vibrant, out-of-the-box, unpredictable personalities hip-hop has ever encountered. Unfortunately on November 13, 2004, ODB (real name: Russell Jones) died of a drug overdose, two days prior to his 36th birthday.

For Young Dirty Bastard (real name: Barsun Unique Jones), it’s not hard living outside his father’s shadow. Being the eldest of ODB’s 13 children, he encompasses the same talents as an MC, and he even performed alongside a holographic ODB with the rest of the Wu-Tang Clan at the Rock the Bells festival in 2013.

With fellow Wu-Tang members GZA and RZA in his family, YDB grew up surrounded and influenced heavily by the group, whose 1993 debut album “Enter the Wu-Tang (36 Chambers)” will forever leave its mark in hip-hop history. YDB says what fuels him the most is proving people wrong that he can, in fact, rap just as hard as his father. And when it comes to providing for his family, his close relationship with his mother carries him through to this day.

How would you describe yourself as Young Dirty Bastard in 2020?

Creatively, I try to keep an open mind because the playing field is really large. You have to multitask in this business. I try not to stay in one lane, keep an open mind — entrepreneur. Young Dirty Bastard was actually just passed down from Ol’ Dirty Bastard, I kept the legacy going with the help of my mom.

Which Wu-Tang member taught you the most growing up?

RZA, no doubt about that. RZA’s always been the one taking me under his umbrella. Me and my mother deal with him almost on a daily basis with economics, so I have to speak to him no matter what. He dealt with a lot of royalties with ODB, so I got a lot of influence from him over time.

What’s it like performing your father’s songs with Wu-Tang Clan?

It’s always iconic. It gives the fans a new experience. A lot of fans never got to see my father perform after he passed away. The new fans, even the old fans, never got to see Ol’ Dirty Bastard perform “Return to the 36 Chambers.” I’m the one who gets to carry that one. Not to be cocky, but I mastered the art.

What’s it like being a member of Wu-Tang’s 2nd generation?

We fell into it. We grew into our shoes. We didn’t necessarily know that’s going to happen. The Wu-Tang planned and gathered each other, it just fell on us. I guess we decided to pick up where our fathers left off.

Icelene, can you talk about being there for the early days of Wu-Tang Clan?

Icelene Jones: As we grew up, it was ODB, RZA and GZA; Justice, Rakeem and Unique, those are their righteous names. I was ODB’s girlfriend at the time. They used to be in Staten Island a lot, in Brooklyn, Linden Plaza. They’d go do little shows together, their whole hustle was getting the money. This was way before they even formed Wu-Tang, they were always grinding.

Then they formed the Wu-Tang Clan. Raekwon, Ghostface, Inspectah Deck, U-God, Method Man, they connected. Sit down, do beats, do lyrics, go around to different projects and battle. They were poppin’ then. At the beginning, it was just RZA doing his thing. It didn’t work. GZA tried to do his thing with Cold Chillin’ Records, it didn’t work. They all said “We gotta make something happen.”

The next thing you know, they have this one song called “Protect Ya Neck” with all the guys and it was a hit. Everybody loved it. They finally made it happen, but it was a lot to get to that point. They saved all their money and put it all into music, started pushing cassette tapes, going to the different clubs. They loved it. It was on the radio, it was crazy. Media was outside our door. Everybody’s like ‘What’s going on? The hell?” Because we’re regular people living there. We had crackheads, prostitutes, all types of people living in the building we lived in. We had to deal with him becoming ODB right there in that neighborhood. It was cool though, a real nice experience at the beginning when it first happened.

YDB, who influenced you when finding your own voice in that lineage?

I actually learned that from the Nation of Islam, from Elijah Muhammad. Popa Wu, that’s where my voice comes from. My father, of course, but my voice comes from my ancient ancestors: Elijah Muhammed, Malcolm X, Popa Wu. My father was so in sync with the Nation of Islam, the Gods and Earths, it was naturally passed down to all the children. We don’t eat pork. We stay righteous. We keep the tradition going, no matter what.

How does it feel to put out music independently?

Icelene, how was it receiving the Platinum plaque for the 25th anniversary of “Return of 36 Chambers”?

Jones: That was real, real nice. It was unexpected. It was due, a long time coming. We were shocked when we knew they wanted to honor and give my husband plaques that were going to be Platinum. Twenty-five years of him having his songs out, his album out, it was beautiful. I was overwhelmed. It’s so hard because they had a big ceremony prepared, and it was canceled due to the coronavirus. It was heartbreaking, but it still didn’t stop nothing. It didn’t stop us from receiving those plaques, they sent them to my house.

They had our individual names on each and every one of them. We even got one for my husband. We were all teary-eyed and heartbroken. We can’t explain how that feeling was because he’s not here, so we have to try to embrace it. Let everyone know “Look what happened, this is what’s going on.” Let the world know that my husband went Platinum. It’s beautiful. He’s respected, honored and acknowledged, it’s so nice.

YDG, the cover art to “Bar Sun” features you and your father. What did it mean to have him represent the single?

That’s a classic photo. I’ve used that photo for so many things, but that’s the first time I wasn’t afraid to show the whole world. I’m like “Okay, people are going to judge me no matter what. I can’t change the fact that I’m Barsun and that I’m Young Dirty Bastard. I’ma throw myself out there. Throw this song out there and let people see that me and my father are one and the same. Just like ‘Lion King,’ Simba and Mufasa” People don’t understand that there is royal blood that exists, it’s just people have to find their voice. I have to find a voice and my voice is here.

You’ve expressed you weren’t happy with how TJ Atoms portrayed your dad on the Hulu series “Wu-Tang: An American Saga.” What would you have done differently?

I would’ve dug deeper into the Ol’ Dirty Bastard character, because he was a deep soul. He didn’t take nothing lightly. His voice was very loud, he made sure his words were always the truth when he spoke. There was nothing really funny about him. Besides that Hulu setup, we have some business coming soon. I have nothing to put bad on them, I love Wu-Tang.

Who would you have liked to play ODB?

Myself. I could’ve definitely played my father. I play him every day. I could have done it, but there’s politics behind it.

Can you touch on that?

After this COVID-19? Survival. Keep surviving. RIP to Little Richie, everybody. Andre [Harrell] who passed away, Uptown Records. A lot of things are going down that nobody’s ever going to understand, but hip-hop, the rock culture, the pop culture will still continue. Music’s going to go through everybody’s souls. Nobody’s going to lose out. 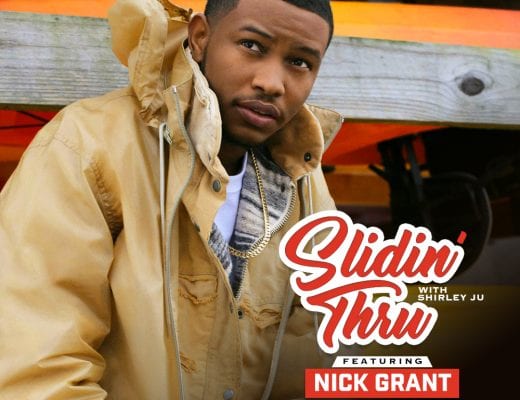 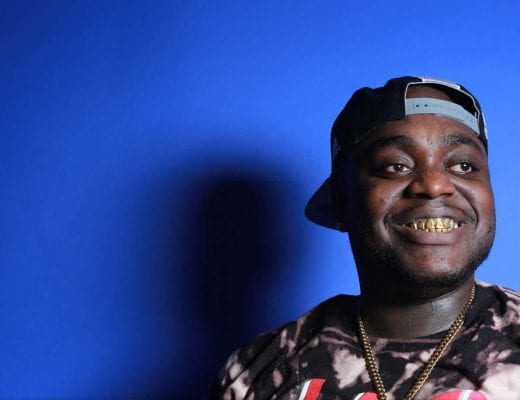 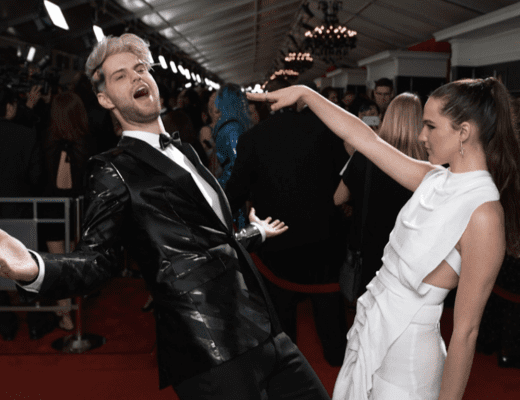