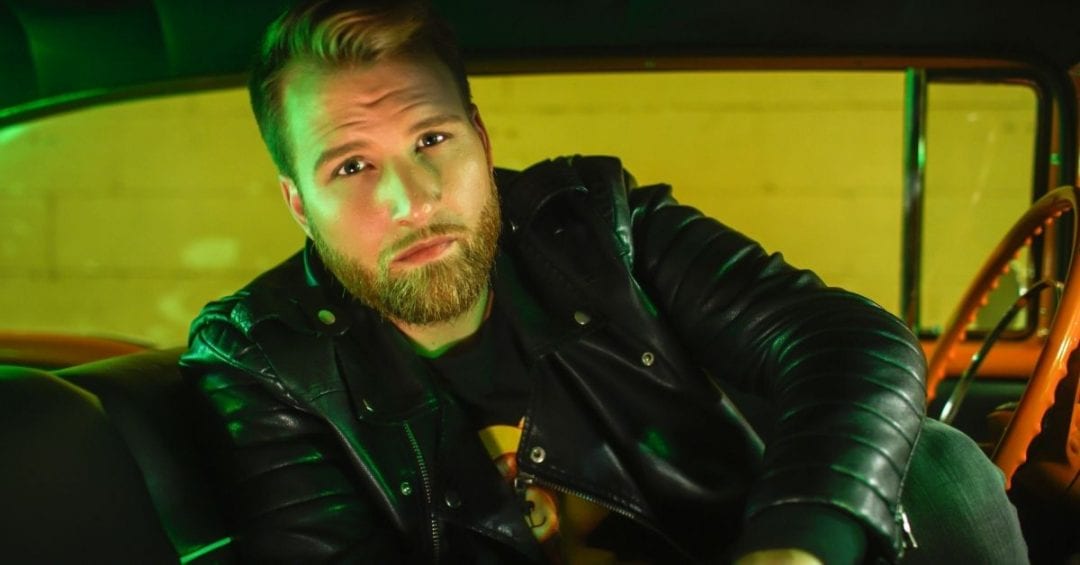 Trevor Lee exploded onto the scene with his viral “Barbershop freestyle,” and it’s been up ever since. Over an instrumental of A Boogie wit da Hoodie’s “Jungle,” he spits “I’m too talented, my execution’s flawless. Failed so many times that I’ve learned to be cautious. Risk is necessity, no excuse for losses.”

Born in Huntsville, Alabama but raised in Houston, the rising rapper loves music down to the core. Describing himself as “just a guy who’s pursuing his dreams,” Trevor sets goals and accomplishes them. In the grand scheme of things, he says what he wants, educates himself, and goes out there to get it.

Most recently, he tapped Victoria Jones for his most powerful single yet, “Fadin.”

The record addresses difficult topics such as suicide and sheds light on the importance of mental health. Teaming up with American Foundation for Suicide Prevention, Trevor reminds us that we’re not alone, especially with the way 2020 has been.

AllHipHop: Born in Huntsville, Alabama but raised in Houston, how did that influence your life and your career?

Trevor Lee: Being in Alabama, I had a thick country accent when I was first born. I remember watching videos of me thinking, “oh my gosh, I can’t believe I spoke like that. Moving at a young age to Houston, I spent the majority of my life there. Houston rap truly influenced the rest of my world. There was a lack of diversity here up until I was 10. Moving to Galveston, Texas where it’s 35% Hispanic, 30% African American. 20% white and other, it was quite the culture shock. It was only later when I moved back to Alabama that I really felt the difference. There’s so much culture underneath the surface, it’s quite different. I graduated from Houston. I’m glad I grew up in Houston. Houston’s such a “can do” place. Growing up idolizing the Houston rappers and the Houston music, it’s all about what you can do, what you know, and doing it on your own or within your community.

AllHipHop: Who were you bumping growing up?

Trevor Lee: Lil Keke, 5th Ward Boyz. What’s crazy is all these people I bumped in middle and high school, that I heard on the radio, ended up becoming acquaintances and friends by the time I was 19. Sharing a studio with Lil Keke for years and years, being able to run into him from time to time. I remember one time, I was backstage at a thing for my last label. I walk backstage, I don’t know anybody at this place. I walk in, Lil Keke’s back there. Lil Keke goes “ayyee wassup!” Everybody’s looking at me like “who the heck is this dude walking in here?” These relationships

behind-the-scenes of people I really looked up to and grew up listening to every single day. From the moment I ran into a studio room with Devin the Dude and walked out on a different plane [laughs], to being in a room with Z-Ro for the first time, I was so intimidated as a skinny scrawny white kid at 20 years old. All these dudes I bumped: Slim Thug, Paul Wall, Chamillionare. K-Rino! Nobody outside of Houston unless they’re die-hard hip-hop fans know who K-Rino is. K-Rino’s a legend in Houston.

Trevor Lee: I did the arts really early on. I was this ADHD kid that holds energy. My mom had to put it somewhere so she put me in this arts extracurricular school. I was doing tap and jazz, the only guy in the classes. I did acting where you get a check but you gotta go audition. That’s when I realized arts was something you did for yourself and it wasn’t a part of school. I started rapping because these dudes came to a church thing I was a part of, really a band rehearsal for me and my buddy’s new band. They walked in and said they freestyled. Alright cool, they put on Dr. Dre and Eminem beats and started freestyling. In that area/region, freestyling is definitely not a new concept.

It was something about that particular night when I was 13 that I caught the bug, I realized I might have something. 3 months later, I started asking for stuff to make my own beats. For Christmas, I said “mom you don’t have to get me anything else, just get me something to make music on.” She got me FruityLoops. It was only $100 bucks but that was a lot to spend on stuff back then, at least in my house. A year later, she saw how serious we’d become. Me and my buddy had a little group, we’d travel around. She’d accept phone calls on our behalf, I’d tell my mom what to respond to. We’d do shows. She dipped into her savings and got us into a local studio, we recorded our first album at 14. I decided I was going to do that for the rest of my life.

AllHipHop: Bring us back to when you recorded the “Barbershop freestyle.”

Trevor Lee: BubbaGotBeatz started the 10 Toes Down challenge. The next really big challenge where everybody and their mama, if they thought they could rap, they’d rap over this beat. I met Bubba a year before this moment. He called me up, I was on my way to Florida on tour. I booked this tour myself, this ain’t fancy. I’m riding in my Honda Fit to every single location. Sometimes crashing with fans, sometimes getting an Airbnb. I had planned to shake a million hands. He said “man I looked up all your stuff, you got it!” He gives me a whole bunch of game for 3 hours.

I’m driving in the middle of nowhere on this toll road in Florida. He said “all I need you to do is a freestyle in your car. Give me a free verse in the car, I’ll make it go viral.” My stuff’s pretty polished, this is a few years ago. I expect more than just me in the car, I can’t look like everybody else. I said “my buddy I’m staying with has a barbershop, can I do it in the barbershop?” He said yes and suggested the A Boogie wit da Hoodie joint, “Jungle.” I just so happened to have one on deck, barely had it memorized. Fast forward a few days, the barbershop buddy says “hey before we go out, this is your last time in the barbershop. Do you want to do it real quick?”

He hands the phone to another barber who likes to film stuff. We’re in front of a bunch of people, I only got one take. If I mess up, it’s done. We took it right then. Those are my real people. The dude behind me is my close friend, he’s from New York. When he’s making those faces at the dude behind the camera, that’s real. The next day, all I know is my Instagram’s poppin’ off. It’s already garnering a whole bunch of views in this mix on YouTube. A year later, I put it on TikTok because I figured I might as well get a TikTok now. It popped off again. It would’ve never happened if BubbaGotBeatz didn’t say “this is all I need you to do, just do this!”

AllHipHop: New song “Fadin” out now, how therapeutic was it for you to record this one?

Trevor Lee: I’ve dealt with underlying depression my whole life, something I’ve always kept at bay. It wasn’t until the last few years, dealing the ADHD side effects from ADHD medication that really took it to a whole new level. It increased my OCD which increased my anxiety, then dealing with a transitioning in my life. Questioning where’s the real value, all of those things. When Victoria hit me with this song idea, I’m like “man we can’t make some corny little song.” It can’t be stereotypical. I thought about it, I sat on the idea for a bit. Before I knew it in 30 minutes, I’d written the whole song.

I realized that I wanted to say things in a way that someone who deals with what I’m dealing with will know from listening to it that this is legit. This is real, this person knows. Being a smaller artist, I can say what I want and how I want to say it with no filter. Exactly how I said it is a click that goes off. I was finally heard in a way that no one else could understand. Leave me alone, be normal, let’s be friends. Let’s be family. There’s nothing you can do. If you single me out, it’s only making it worse. People who can relate will say “man, thank you.” Forreal. Victoria was able to make it where it’s this dual thing, almost like I was speaking to her as well. We can bridge the gap between the people that can’t relate and want to, and people who can. People can be there for each other without pressing.

AllHipHop: What do you do for self-care?

Trevor Lee: I play fetch with my dog. I go on hikes. I workout. I write. When I can, I play golf. Golf’s an adult thing I started doing, I love it. I check up on friends. Checking up on someone else helps me a lot, it gets me out of myself.

Trevor Lee: More music. Better, more entertaining videos. It’s always going to get better. I always like to one up myself in one way or another. I don’t like to compare records. Where I lack, I’ll get better. That’s all you can do. There’s going to be continued execution, continued vibes. Hopefully more people will see, share, and connect. More content everywhere, more collaborations. Consistency is the only thing that got me wherever I’m at right now, and consistency’s going to take me wherever I’m headed. 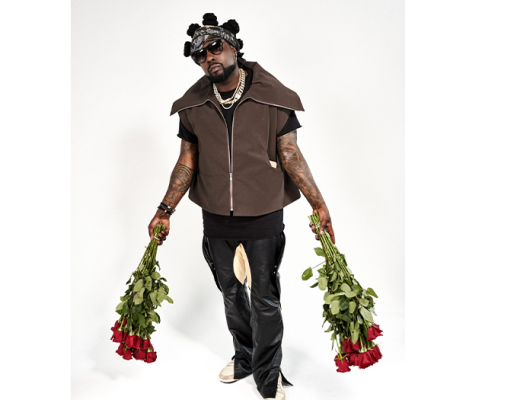 Wale Throws Roses Into The Crowd At His Los Angeles Show 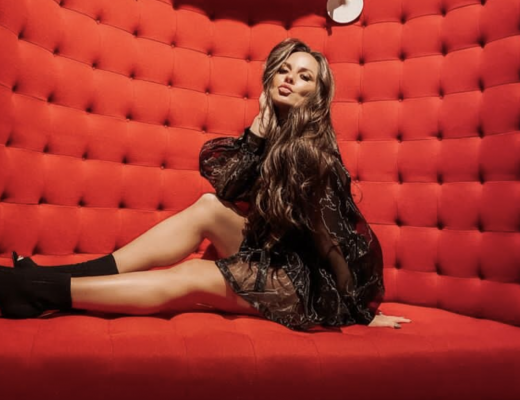