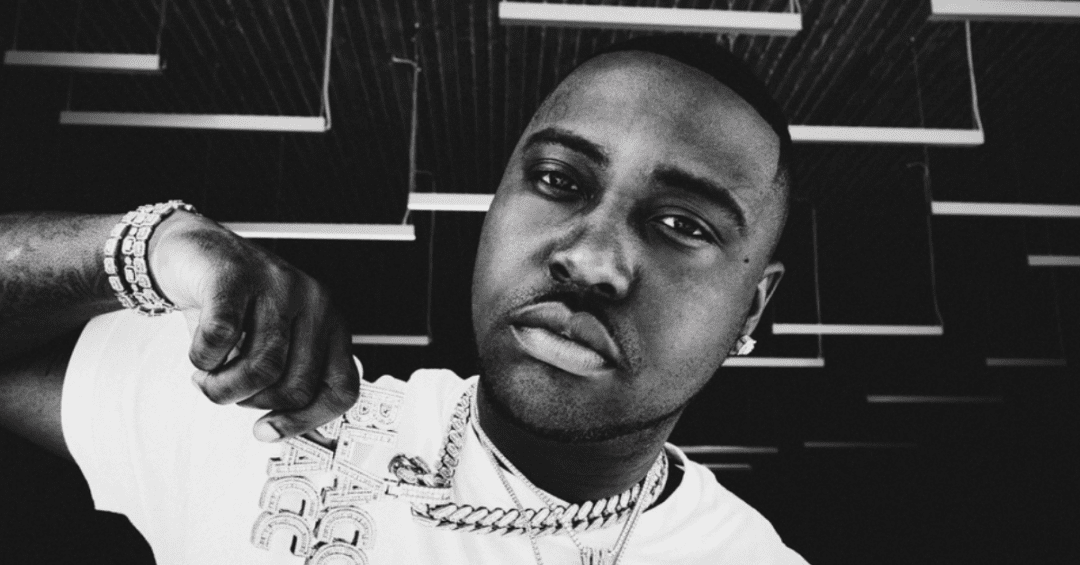 Blacc Zacc is the living 803 Legend, and he’s here to put on for South Carolina the best way possible. One glance at the rising rapper, you’ll immediately notice the ice on his neck, wrists, and hands — motivation to the masses that they too can achieve their dreams if they work hard, stay consistent, and remain passionate.

Getting money since the young age of 16, the recording artist, entrepreneur, label-owner, and father embodies the definition of a hustler if there ever was one. Stamping his name in the rap game with his 2019 smash “HaHaHa” featuring Key Glock, real name Zachary Chapman flexes his versatility in creating everything from club bangers to street anthems. A true lyricist at heart, his raps tell the story of someone who rose from the trenches and changed his life for the better.

With his new body of work, the South Coast Music Group rapper unleashes 11 tracks detailing why he’s set to be a legend from his city. Spearheaded by singles “Tennis,” “Bang” featuring DaBaby, “Let’s Get It,” and “803 Legend,” 803 Legend arrives on the heels of his debut album Carolina Narcos, reeling in additional features from Moneybagg Yo, Kevin Gates, Yo Gotti, and Stunna4Vegas.

AllHipHop: What’s been up since the last time we spoke?

Blacc Zacc: Dropping new music, trying to take it to the next level. I just dropped 803 Legend, it’s been doing good. I’m feeling good. If you ain’t heard it yet, go get that.

AllHipHop: Why are you the 803 Legend?

Blacc Zacc: I call myself the 803 Legend because nobody ever did nothing from Columbia, South Carolina like what I did. I’m not the only 803 legend in there, it’s more 803 legends. When a person hears this, I want them to feel like I’m the legend from my city. As far as other places, you can be at 704 legend. Whatever area code you’re from, if you do legendary stuff, you’re a legend in your city.

AllHipHop: You say you’ve been getting money since 15, what was Blacc Zacc like then?

Blacc Zacc: 15, I was the average dude playing sports. But I always knew I wanted to make money, so I made a way to make money.

AllHipHop: What sports were you playing?

Blacc Zacc: I was playing a little bit of football, but mostly basketball. I played baseball for one or two years.

AllHipHop: How proud is your mom now? I know you shout her out on the project.

Blacc Zacc: My mama, she real proud. She’ll get an attitude if anybody else asks me for anything, like if they ask me for some money. As soon as she asks for something, she expects to get it as soon as she asks. She gon’ make it happen regardless, that’s mama.

AllHipHop: What’d it mean to get Kevin Gates on “Broke My Heart”?

Blacc Zacc: It was a good feeling because I’m a fan of Kevin Gates. Always been a fan of Kevin Gates’ music, his whole energy. He’s been tapped in with me for a while. It’s good, he’s been telling me to keep going for a year. I heard that record and said “I’ma get Gates on there.” I sent it to him and he got it right back to me.

AllHipHop: What was your reaction when you heard his verse?

Blacc Zacc: I was on the phone with him, he called me when he sent it. He said “who you with lil bruh?” I’m by myself. He started running with me, we stayed on the phone for an hour. We’re talking about different s###. He’s telling me how he feels about the rap game, giving me advice on how I should move and continue moving. We’re talking about all kinds of other s### too. He played the song and once I heard it, he’s like “what you think? If you don’t like it, just tell me.“ Man this Kevin gates, you know that s###’s hard.

AllHipHop: What’s the reality of the “Hustle”?

AllHipHop: How was it playing “President” in the music video?

Blacc Zacc: It was good, it was fun. The timing was good too because they’re going through the election. When I do music, I like to bring the visuals to life. When you listen to a song, after they see the video, they should like the song even more. I wanted to make sure everything went together with it.

Blacc Zacc: The whole day was a good memory. We had a funny start. The two black trucks that were following us, we had called Uber. Once Uber came, we said “aye man, we need y’all for this video. We’ll pay y’all $100 an hour.” At first, they’re like “ehhh.” We said “just do it.” We ended up paying them $100 an hour to shoot the video, we needed the black trucks.

AllHipHop: I see you in a suit and all that, talk about your drip?

Blacc Zacc: That was slight drip right there. That outfit was really last minute, some cheap s###. I got that from Express in Atlanta. It’s a suit I was gon’ wear one time so I went straight to Express. Probably spent $400 or $500, that s### was cool.

AllHipHop: Do you stay out in the A?

Blacc Zacc: Nuh uh. I stay in South Carolina, but I be in Atlanta a lot.

AllHipHop: How is it back home?

Blacc Zacc: It’s cool. It took a long time for my city really to support me the way they’re supporting me. They’re doing it now so it’s a good feeling. I’ma always rep South Carolina. I came in the game like that, I’ma leave the game the same way.

AllHipHop: What’d it mean to link with DaBaby on “Bang”?

Blacc Zacc: It was good. Whatever I ask of Baby, he’ll do it. I respect him because he don’t got to. How that went about: I was in the studio recording a song, I put a snippet of Instagram. He called me right away like “bruh, send me that song. I’m getting on that song.” We’re in LA matter of fact. I was at one studio at Blue Room, he was at Paramount. I left the Blue Room and took him that session, he did the song that same night.

How I got the Yo Gotti feature was because Yo Gotti was in the studio with Baby. Once Yo Gotti heard the “Bang” song, he wanted to get on it. Baby said “hell no, I’m getting on this one.” I sent Gotti a different song. The next day, all of us were heading to the airport and I happened to run into Gotti again. He was on some lowkey s###, that s### was weird. He came out of nowhere like “s### I’m about to go to Miami, send me something. I’ma send it right back to you.” Me thinking about how most of these rappers be, man Gotti ain’t about to send anything. He’s going to Miami, it’s his mama’s birthday. He ain’t gon’ have time to do this s###. He sent it to me that same right, so I got both of those verses damn near two days apart.

AllHipHop: What do you make of this organic love you’ve been getting?

Blacc Zacc: I appreciate it. Coming from where I come from and how I came into the game, it’s a lot more work I have to do. When all the pieces to the puzzle come together, that’s when it’s all gon’ make sense. That’s when they gon’ see he’s been putting in work, this ain’t no s### that happened overnight.

Blacc Zacc: We shot it at a high school. It was a good experience because it was a lot of kids out there going crazy. We shot it in Charlotte, Baby don’t really come out in the city unless he’s with his kids or he’s handling business. They’re going crazy when they seen DaBaby, and me. It was good seeing the type of love we get back home in Carolina.

AllHipHop: What’s your relationship with Stunna4Vegas?

AllHipHop: What are you guys doing?

Blacc Zacc: You know, I built a house. I have a lot of land. We be down there shooting guns, playing the game. We don’t really be on rapper time, we be chillin’. That’s my real bro, chopping it up about all kinds of different s###.

AllHipHop: I’m assuming you guys make some fire a## records too.

Blacc Zacc: Yeah fasho. When we get to it, we’ll go to the studio and make some records. But most of the time, we be chillin’. When people get together and make records, it be on some rap s###. This is my real brother, we talk to each other all of the time. He’s out here now working. His album just dropped, so he out here working.

AllHipHop: On “Tennis,” you say “got a million from the label, but I’m really independent.” Can you elaborate?

AllHipHop: What song means the most to you on the project and why?

Blacc Zacc: “Probably “Broke My Heart” featuring Kevin Gates, because that’s how I was really feeling. One of the hardest things you have to do is cut somebody off you love.

AllHipHop: Talk about linking with 42 Dugg on “Codeine Habits,” I love him.

Blacc Zacc: 42 Dugg’s a cool dude. I reached out to him and told him I wanted him to do a record, he ended up doing it too. Shout out 42. I f### with Detroit, it’s a vibe. They have real hustlers out there.

AllHipHop: How did y’all meet?

Blacc Zacc: Really, it’s all under the same umbrella. The person I’m signed to, Arnold Taylor, he’s real cool with Yo Gotti. Yo Gotti has their umbrella. We played our position as the lil homies, put it together and made fire music.

AllHipHop: Do you still record dolo in the studio?

Blacc Zacc: S###, going Platinum a couple times with some songs. Probably get a Grammy if that’s possible. Other than that, not too many other goals I have. I got out all the cars I want, I got all the houses I want. I have to make them respect me musically.

AllHipHop: Are the Grammys even on point…?

Blacc Zacc: It’s politics, probably not. Just being nominated, I’d be happy with that. In order to win, I guess I have to get in the right circle. Get with the right politics.

AllHipHop: What’s your take on the music industry? I feel like it’s a lot of pros and cons.

AllHipHop: What is one thing you want fans to get from the project?

Blacc Zacc: Of course I’m on there poppin’ s### about the money, but I want them to realize the message that’s after a lot of these songs. From “Hustle” to “Broke My Heart,” I want them to really realize the messages I’m giving. If you’ve done epic s### in your city, know you’re a legend too. Just because you ain’t from 803, doesn’t mean you’re not a legend. Whatever city you’re from if you make it happen, then you’re a legend too.

Blacc Zacc: More music, dropping more bangers. I’m staying in their face until they respect me, until they realize that I’m here to stay. Gang. 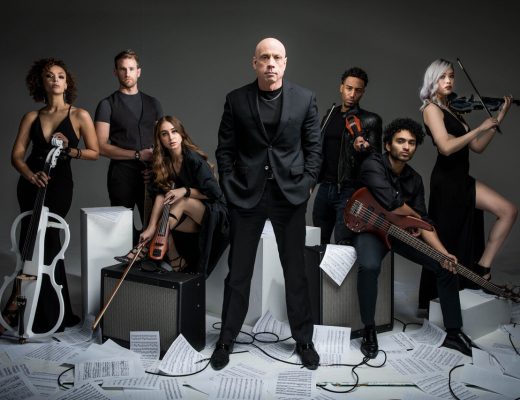 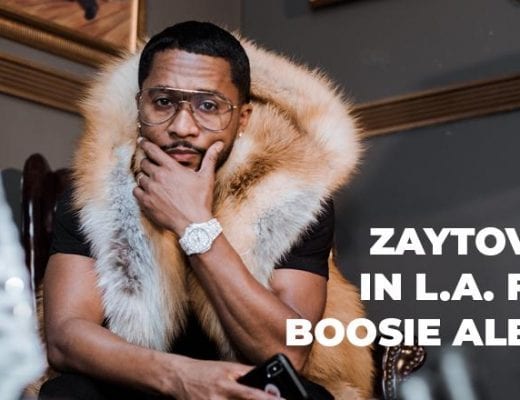 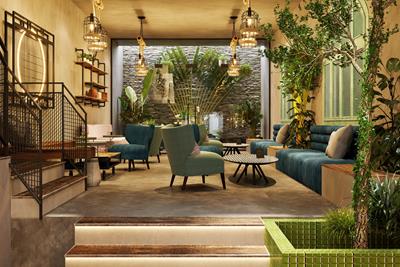 Cannabis Consumption Lounges: Are They Making A Comeback?