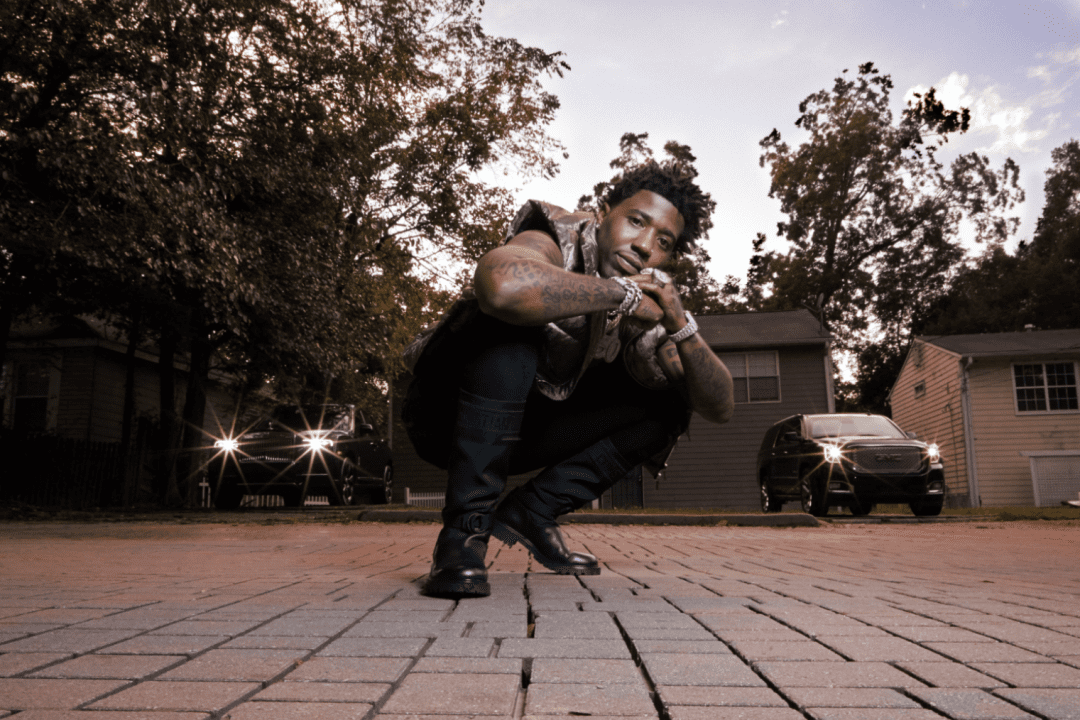 YFN Lucci continues to prove why he’s the voice of the streets. With his distinct, signature rapping and singing style that’s been recognized and respected all throughout Atlanta and beyond, the ATL rapper creates nothing short of bangers and trap anthems for his people. Emerging as one of the hottest names out of the A, Lucci proudly represents Think It’s A Game Records as he reels in plaque after plaque, hit after hit.

While you may have seen his name in headlines left and right over his relationship with Reginae Carter, or maybe his viral picture of his shaved down teeth before the grill — either way, the quality in his music hasn’t faltered in the slightest. With his newest project, Wish Me Well 3 arriving in perfect timing to end a tumultuous 2020, fans are elated to be given the third installment to his critically-acclaimed WMW trilogy. The 21-track project hails standout guest appearances from Rick Ross, Lil Boosie, Jeezy, Mulatto, Yo Gotti, and more.

Baller Alert caught up with YFN Lucci via Zoom, who was posted in the A in high spirits with his project out for the world to hear. Read below as we discuss the new project, the cover art, rooting for Jeezy in the VERZUZ, his new Maybach truck, his take on the rap game, his purpose, a forthcoming R&B project, and more!

Wish Me Well 3 out now! How are you feeling?

How was creating it during quarantine?

Not gonna lie, this shit ain’t what I anticipated at all. The creative process, thank God it’s still Corona because I was able to sit down and focus on the album. Make sure every song’s good, the way it flows. We did two cover shoots to get the cover right, shout out to Mike Miller for that. He shot a lot of Tupac covers and pictures. Since I went with the title Me Against The World, I wanted to work with somebody who worked with Pac so we could get the bid up. I put my heart, my soul, everything into this. Shout out to all my features: Rick Ross, Layton Greene, Jeezy, Yo Gotti, Yungeen Ace, Mozzy, Mulatto. I’m happy the project finally came out, glad the fans are fucking with it. Shit was #1 in the whole genre for a whole week. We released the “Wet” remix video with Mulatto, we got Desi Banks in the video. We been working and grinding.

How was shooting the video with Mulatto at Atlanta?

Shout out to Bpace who shot the video. It was fun, we shot it on the same day they did the VERZUZ with Jeezy and Guwop. We’re talking about that whole shit the whole day, watching that shit. We ended up shooting all night, a dope experience. Desi came through, he had a lot of great skits and videos. That shit was dope.

Who were you rooting for in the VERZUZ, Jeezy or Guwop?

Music-wise, I was going forJeezy. I fuck with both of them, but I like Jeezy’s music. Jeezy got a lot of more songs I can relate to.

I got a lot, he was bringing them out. “Air Forces.”

Who would you battle in a VERZUZ?

What does the cover art represent?

Me Against The World, you got me on top of the world. You’ll see I got everything, but I’m on there with my head down because more money, more problems. Where I’m at right now and how I feel in the game when I first came in, you get so much love from everybody. Once you stop putting out music, the love switches. They switch over and go to other places. You know this is how the game is when you need a favor again, n*ggas ain’t giving out favors. You know how that shit go. We shot the cover in my old hood, I went to all the places I stayed there. We brought the Rolls Royce out to show them. Mike Miller flew in from LA, we were working. It was a vibe.

Speaking of Rolls Royce, I know you got the 2021 Maybach.

That motherfucker hard man, the hardest truck in the world. I drove it, shout out to Fly (CEO of Think It’s A Game Records). One of the hardest cars ever, shit’s like a spaceship on the inside.

How’s it feel to be the first person in the US to have this car?

That’s dope as fuck, shout out to the label. They’re showing how proud they are with me, I gladly appreciate that shit. Maybach truck, n*gga ain’t ever get no gift that big. [laughs] Damn, is that my shit? I was excited, nobody ever gave me the keys to a brand new Maybach before.

How many cars do you have?

Talk about getting Boodie Badazz on “Hate’s Real.”

Boosie did his verse at my studio, shout out to Boosie. My engineer put it together. I had originally rapped on that beat, I did a verse. That shit was hard, but I couldn’t come up with no hook. My engineer took it home with him and when he came back, he had Boosie’s interview playing through it. Damn, that shit’s hard as fuck. Boosie came to the studio one day, we played it for him. Boosie heard that shit and went straight in the booth and did it. He said “I gotta do this shit,” it was turnt.

Man when the world heard Boosie got shot…

We shot that video, then we came back and shot another scene smashing the car. That shit was dope, shout out to GT. GT’s been shooting a lot of my videos lately, they’ve been coming out so dope. We had fun at the video, we shot it in one location. Every car in there is mine, no prop cars. That’s my shit. We had a good time, we rocked out like we always do.

How’d it feel to break the windshield?

That shit was fun, not gonna lie. We ain’t trippin’ on no cars, see we got the brand new truck.

Do you got strict rules in the truck?

We ain’t really get that far yet. Ain’t no rules, but they know there’s no eating and drinking.

How was the “Both Of Us” shoot with Rozay, Layton Greene, and Reginae?

That video shoot was fun. Shout out to Rozay, my girl, Layton. Hitmaka came through, we were enjoying the moment. Shout out to Edgar who shot the video, we made the best of it. Wanted to give it that dope Bonnie and Clyde vibe and we did it.

Ain’t nothing really changed, there’s a lot of rapers right now. I ain’t biased, I like all types of music. Shoutout to everybody making music right now. Whoever’s making music, have a purpose man. That’s it, get your message across. Don’t be rapping just to be rapping for the fame and the money. Have a message, talk about your story where people will all the way remember.

What would you say your purpose is?

My purpose is getting my message through: inspire kids to want to be better. For them to not be scared to tell their stories so other people won’t make those same mistake. Whatever I learn, I put it in my music so I can teach my fans so they can learn with me. I hope they learn and listen, take in that shit. I want them to know there’s another way out besides what we see on TV.

You have a song called “Dope Game,” what was a young YFN Lucci like hustling in the streets?

Like any other hustler, a street n*gga in the street running around with who they thought were their friends. From doing dumb shit, hustling, parked cars, selling shit, trying to get something. I’ve seen a lot, I lost my partners to the dope game. Some got killed, some got years in prison. It’s all about choices, it’s your choice. Everybody don’t get caught but if you get caught, you gotta deal with the consequences.

Did you think you’d be here where you are today?

I always wanted to be this artist, you feel me? Not gonna say I can see the future, but I seen me being a big rapper.

I’m working on a girl project, it’s going to be dope. Thinking about releasing it in February. It’s an R&B project, switch the style. I got a large women fanbase so I gotta shout out to my women, give them something to listen to. A lot of records like “Both of Us,” “Wet,” shit like that. 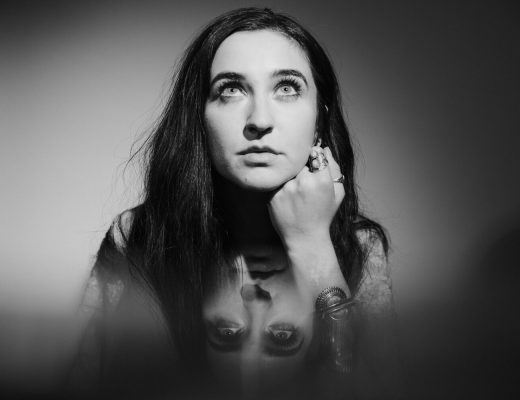 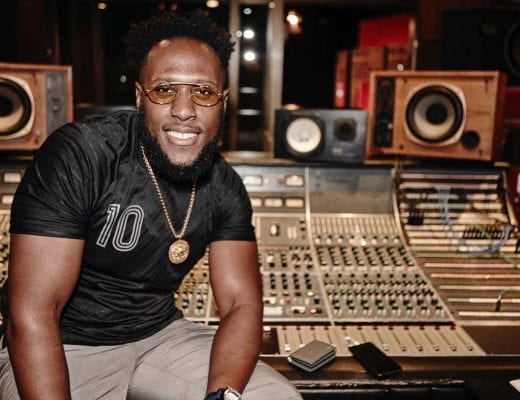 PayAttention Says Chris Brown Is The “Hardest Working In The Industry” 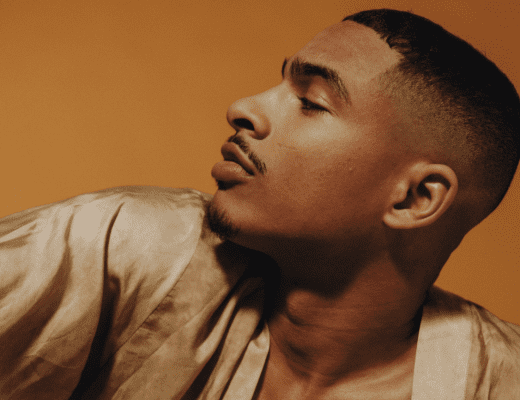