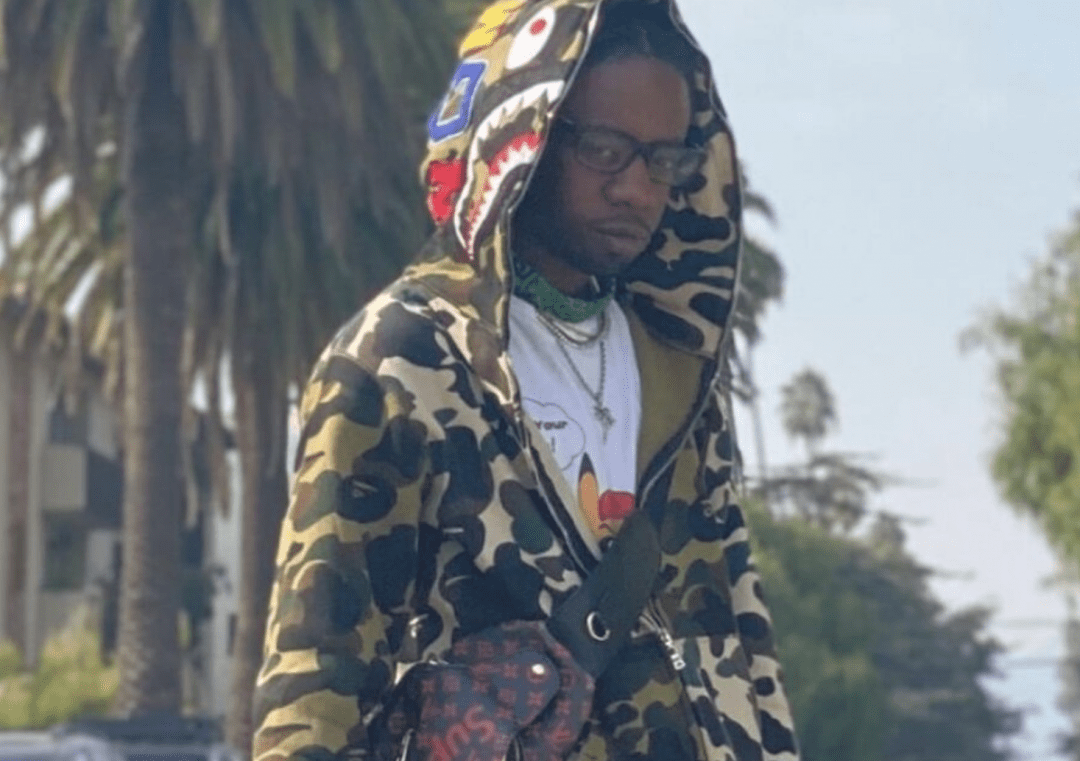 Ayo Sk3tch is the definition of an independent artist doing whatever it takes to make it to the big leagues. Hailing from Boston but now residing in Los Angeles, the rising rapper recently unleashed his “Glo’d Up” music video, speaking volumes to his current state. While the rest of the world has been suffering due to the Covid-19 pandemic, Ayo wastes no time at all—continuing to release new music and visuals for his fans.

Beyond the music, Ayo describes himself as your regular guy who likes to chill, make music, hang out with friends, watch TV, and cool out. He states, “I like to shoot music videos, go to the studio, party, smoke weed. I like to laugh honestly, whatever’s funny. Whatever makes me laugh is cool.”

Coming from true humble beginnings in the trenches, Ayo had to make the conscious decision to trade his trapping lifestyle for the studio—with music being his saving grace. Reflecting back on his old ways which could have left him dead or in prison, Ayo is constantly pushing his “viral” mentality, doing whatever it takes to make his dreams come true.

Flaunt caught up with Ayo via FaceTime, who was getting ready to host an event back home in Boston. Read below as we discuss his upbringing in Boston, shooting “Glo’d Up,” his mixtape While We Wait, the independent grind, dropping 12 videos in 2020, his Top 5 all-time, goals, and more!

Being from Boston, what was the household like growing up?

Growing up in Boston was definitely unique and crazy. I grew up in a section of Boston called Mattapan. It’s dangerous, they call it Murderpan. I went to school in a very diverse part of the city where I got to be around rich people, poor people, middle class people, people of all races, all different backgrounds. I get to see a lot of different things. Growing up was for the most part pretty fucked up. I got shot, I got stabbed. I was trapping.

How old were you when these things were happening?

I got shot at 15. I got stabbed at 16. I was trapping my whole life. I got arrested and fell off from that whole shit, focused on music.

At what point did music come into play?

My whole life. I was really trying to do it the whole time, but a bunch of dumb shit kept happening. When you’re young and you don’t have money, you’re growing up in the hood, it’s very easy for shit to happen to you. [laughs]

Growing up, I bumped 50 Cent, Wiz Khalifa, Big Sean. When I was in high school, I was bumping Mac Miller a lot. When I was really young, I was bumping Ludacris. Shout out to Asher Roth for having me open up for him when my first little viral success happened years ago. I made a remix to his song “I Love College” called “I Hate High School.” That’s my first little viral pop off back in the day. Everybody said that song was trash, even I said the song was trash. “Yeah this song’s trash, I don’t give a fuck. This shit gon’ blow up.” The shit caught a little buzz and I ended up doing shows with this dude, going viral.

In high school, I was really harassing everybody on Facebook and Twitter. I was messaging everybody: “Watch this shit! Watch this shit!” People said “stop messaging me!” Nah I don’t care if you like it or not, watch it again. I hate it too! I don’t give a fuck, still watch it!

At what point did you know that you wanted to do music for a living?

When you come from a very dangerous lower class neighborhood, people always tell you it’s either basketball or music. I always made music regardless before I even knew you could make any money off this, I always made music anyway. I had that engraved in my head, I want to being something big and do something not normal. I’m not tryna work for somebody. I’m trying to become a millionaire at some point. I already do music, I didn’t even know you could make money off this. Everybody’s getting money off it, so let me stick with this. I’m always making music anyways. I was playing instruments before I even started rapping.

How did you get your name?

Bring us back to when you recorded “Glo’d Up.”

I recorded this over a year ago, I had it saved up. I put it on my first mixtape I put out in May, While We Wait. I recorded a bunch of videos and put them all out. I made about 7 videos on that mixtape. “Glo’d Up” is a litte vibe. We went to the studio, my homie Brandon got a company called FNS films. He’s been doing a lot of my music videos for me recently. He’s from my neighborhood in Boston, over in Mattapan. Shout to everybody watching “Glo’d Up.”

What does it mean exactly to “Glo Up”?

“Glo-ing Up” is the come up process. I posted a before and after picture: me 10 years ago and me now. Glo-ing up means you start off rugged, you’re not really doing that well but you don’t give up. You get to a point where you’re doing a lot better, you’re not too rusty. You’re not too rough around the edges any more. Now you shining, you coming up and you glo’d up. You glowing!

Where did you shoot the video?

We were in the studio, my friend’s there with the camera. Yeah let’s do this shit real quick, fuck it. He asked me “you got any songs we can film real quick?” Yeah I got one, we knocked it out right then and there. It took an hour. I do all my videos real quick. All my videos you see me drop, they’ll all done in a hour or two. That’s why I dropped 12 videos this year.

How has the process been during quarantine?

What’s been your favorite video besides “Glo’d Up”?

My favorite is “Top Down.” People don’t know this but a lot of these songs on this mixtape are old. I’ve been sitting on a lot of these songs for years honestly. This is the first year that I’ve had the opportunity to put out music consistently, that’s the reason why I’m introducing myself to people starting with my older music. They don’t know it’s old, they think I just made it.

“Top Down” is newer. My old sound was cool, but I like my new sound a lot better. It’s a lot more developed. People are going to hear that this year because I’m dropping my best music ever in 2021. The music I dropped this year was cool. In my opinion, compared to the shit I’m dropping, it’s really not that good. I’ma keep it 1000, people honestly love it. People think it’s the greatest thing since sliced bread, but my new shit honestly shits on it really hard. My new shit is gas, heat. I’m going Platinum, trust me.

How do you plan on getting there?

I have methods. Not gonna get into them, but I have my own little marketing methods. It’s not always good to give the sauce up for free, but you’ll see. If they pay attention, they’ll take notes. 2021 February, mark your calendars! I was honestly fucking around with this mixtape this year, seeing if people like it. It did pretty well. I got on the top 20 2020 New Artists for Source Magazine and Yahoo News. That let me know I was on the right track because I gave people a sample of my sound. The mixtape wasn’t even my sound at all. Even these videos, it’s my sound but it’s not me fully developed. I haven’t really let people know what I sound like as a fully developed artist. That’s a warm-up, that’s why I didn’t even put it on Spotify. I put it on SoundCloud and YouTube.

I had a great year honestly, this year for me was fantastic. It hasn’t always been peaches and cream, I definitely had to go through hell to get here. Filtering out the bullshit, fake connections, fake plugs, whether they’re legit or not. Whether hey’re actually down to be a part of it, whether they’re down to genuinely help and see the vision. It’s hard to find people like that. Honestly this year, I’ve worked with a lot of people. But as far as having a team like a manager, an agent, or a day-to-day this, I don’t have anybody like that honestly. When it comes to me putting out my music: I’m recording, paying for this shit, dopping it. Nobody on planet earth is helping me. I’ll get there one day but until then, I’m rocking and rolling. I’m blessed that I’ve actually learned how to manage it independently without anybody helping me.

Weed, something to drink, fronto papers for sure.

How much weed are you smoking in a day?

A quarter ounce, sometimes a half. If I go to a party, then an ounce.

One thing you want fans to get from While We Wait?

I want them to see how I’m able to diversify my style. Whether I get on a 90’s old school beat, some new wave shit, some club shit, some acoustic guitars or rock music, I want people to see that there’s a range. There’s no one sound for me. I know I got music for everybody whether they’re young or old. I got little kids saying they’re jamming to my shit. I got people who are 40 talking about they like my old school 90’s shit. They say I remind them of Jay-Z. If you check out my project, I got something for everybody on there. Same with the new one coming up, it’s crazy. The best shit I ever made, definitely.

What can we expect from your new tape?

My new tape is some other shit, I really believe in it. I really think people are going to fuck with it really hard.

How important is social media to your career?

Extremely important, definitely very important. I’m real life lit too. With or without social media, I’m more lit than a lot of people. If social media were to die today, I’d be one of the few people still trucking and driving. Social media definitely got me to where I am, that’s how I get the word out with everything.

Jay-Z, Eminem, Big L, Big Pun, Biggie and Pac are tied man. I’m sorry but I gotta put them there, that’s no order too.

Goals for yourself at this point?

I want to go Platinum. I want over a million followers on all my platforms. I want to get a billion streams, over a billion views. I want to tour around the whole world. I want to open a bunch of different businesses that are extremely successful.

What kind of businesses?

I don’t want to spill the sauce yet. The game is to be sold, never told Shirley. 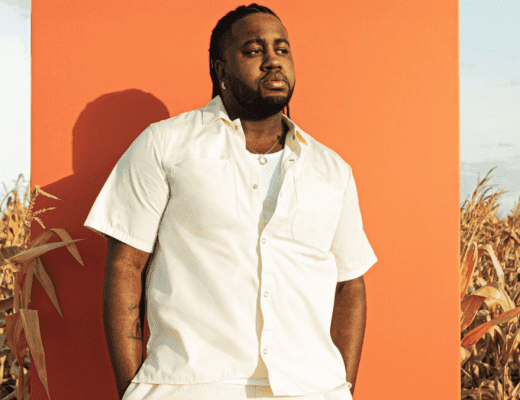 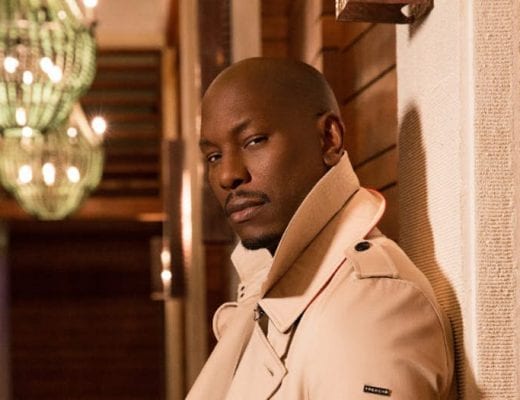 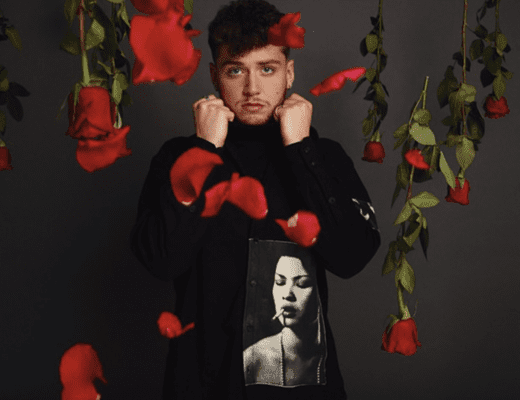