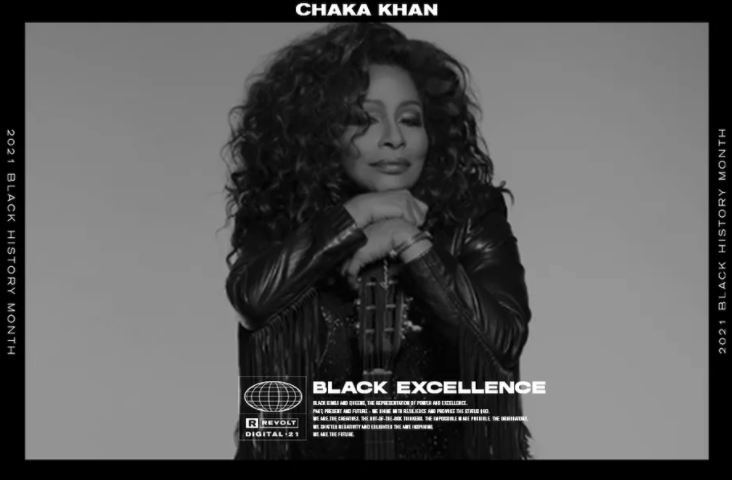 When it comes to the music royalty, look no further than Chaka Khan. The 10-time GRAMMY award-winner stands at the forefront of Black music. With the unique ability to make hits in seven different music genres including R&B, pop, rock, gospel, country, world music and classical; the songwriter, actor, author, philanthropist, entrepreneur and activist has her own unmatched signature style — one that’s been praised by the late Miles Davis; Queen of Soul, Aretha Franklin, and many more.

Getting her start in the 1970s as the lead vocalist of funk band Rufus, Chaka’s career has now spanned nearly five decades. Carrying the nickname Queen of Funk, she was the first R&B artist to have a crossover hit with a rapper with “I Feel for You” in 1984 performed by Grandmaster Melle Mel. Since then, she’s released 22 albums with 10 No. 1 Billboard charting songs, seven RIAA certified gold singles, and 10 RIAA certified Gold and Platinum albums… not to mention her recorded music has produced over 2,000 catalogue song placements.

In honor of Black History Month, REVOLT caught up with the legend to discuss her thoughts on Black music, pioneers she looked up to, her legacy, and much more! Read below.

Five decades later, how does it feel to be where you are now today?

Great! I’m tired. I’m really happy to be able to stay home and do nothing for a change. I’m actually enjoying it.

Have you picked up anything new during quarantine?

I picked up a lot of family dynamics. I’m sure we all have. For the most part, it’s been really good. I’ve added a new addition to the family in November, that’s really been a blessing. I feel happier.

Do you remember your first Grammy win? How’d that feel?

I have no idea, it’s been a long time. I recall hearing my music on the radio for the first time. I recall that better than I did my first Grammy, that’s for sure.

I was in the car and my song came on, “Tell Me Something Good.” I said, “We’re on the radio!” I flipped out, I was very excited about that.

It’s a designated month to celebrate Black history, so that’s nice. But, I’m always celebrating Black history. History, there’s a lost sight of us. Everyday, all day, if we don’t remember what happened in the past, we’re doomed to keep repeating it in the future… any history. I’m hoping that in celebrating Black History Month, we can look at our mistakes in the past and try to fix things to make things better for the future.

What is the importance of Black music in history?

Music is important equally, across the line. It’s right brain activity. It’s the dreamer part of us, it’s the best part of us. The most important part of us that the schools are taking out, it’s the part of us that for the most part has been stomped on and knocked out of the whole system. It needs to be celebrated, we need more right brain stimulation. I look at it on a broader scale, the black-and-white of it. It’s what music is.

Who are the pioneers you looked up to?

Of course, in high school I had my mother, my aunts and cousins. They’d listened to artists from the 60s: Aretha Franklin, Gladys Knight, Stevie Wonder, Marvin Gaye, The Temptations. I could go on and on. It’s music that helped to form me. I used to do a lot of talent shows and I’d cover a lot of Aretha Franklin songs. They used to call me Lil Aretha.

How much do we need to celebrate Black heroes?

We need to celebrate our Black heroes a lot more. We don’t even know who our Black heroes are, for real. We’re getting a lot of information from books that were written by people who aren’t Black. We need to go on a self-journey. If you want to know your history, do your own stuff. Look into it yourself. If you can read and write, you can learn. You can find out who did what, that’s what needs to be done. If you really want to know who did what, you’d be surprised. I’m constantly surprised at the contributions that Black people have made to society, to the nation, to the world. If you want to go on a road trip, that’ll be a great trip for everybody.

What’s the legacy you wish to leave behind?

An honest one, one that speaks the truth, and good music.

Can you define good music?

My music (laughs). Good, honest, self-expression. There are certain types of songs I will not sing. I refuse to be crying blues, boo hoo poor me. Honesty in your self-expression.

After all these years, what’s your favorite song of yours? Are you sick of hearing any?

I don’t have any favorites. I have several favorites. Most of them, you wouldn’t hear because they aren’t even on CDs or they’re B cuts on CDs. I love the B cuts more than the hits.

Can we get a few?

Let’s talk about what we’re doing right now. We’re doing the Epiphany CD. On that, “I Know You, I Live You” is a song I wrote. Brilliant song. I didn’t know “I’m Every woman” is on this freakin CD, I just saw that. I’m pissed. It looks like they made a Best Of. “A Night In Tunisia” is brilliant, a great song. “The End Of A Love Affair,” great song. These are B cuts, should’ve been out there. “What ‘Cha Gonna Do for Me” is a great song, it was a hit. “Papillion,” this is great stuff. The first time in a long, long time a bunch of great songs are on the same CD. This is really good music.

What does It mean to partner with Rhino Records in celebration of Black History Month to put out these vinyls and digital releases?

I’m happy that Rhino Records is doing this. My friend Penny was on Rhino Records, great singer. I like Rhino, they’re good. I commend them for doing what they’re doing, I truly do. I don’t think young people today are really aware of the greatness they come from. The Black young people today, you guys don’t know what’s going on, baby. I don’t know who else, the other artists they’re doing this with, but I’m going to definitely take a good look so I can be more knowledgeable. Just looking for what they’re offering me, if they do the same thing… they’re doing a great job.

“I’m Every Woman” was your debut solo single from your self-titled album. Talk about creating that song.

I didn’t create it, I wish I had. I recreated it, somebody else wrote it. I’ve been trying to get publishing on it for at least 30, 40 years. I had to grow into that song, to give a little history. “I’m every woman, it’s all in me,” I said what the hell am I saying? I grew into that song, I felt uncomfortable singing it for a long, long time. I recently in the last five to 10 years got comfortable singing that. I stopped taking It literally. It’s a powerful song that sends a powerful message. It’s a good song.

How’d it feel to have it be covered by the incomparable Whitney Houston?

That was a true honor because she covered the hell out of it. In fact, I asked her, “Did you know that band or what?” She said, “no no no,” so I had to look it up. She did a fabulous job, she was a great great artist. She is truly missed, I miss her. I learned from her.

This song is as relevant as ever with the inauguration of the first Black female Vice President, Kamala Harris. What are your thoughts?

I’m very proud, it’s about time a woman got up in there. This country needs a woman with a big strap handling and taking care of business…I’m very happy about her achievement. I hope it makes a big difference. It’s hard to make a difference in a country where a lot of statues are so crookedly already in place. Whoever put this stuff in place, they’re so good at doing it. It’s going to take a lot, but we can do it.

How are you feeling about the election? It’s been crazy year with Trump.

You released the first R&B record with rap with “I Feel For You.” How did you talk Grandmaster Melle Mel to be on that? How was it received?

I didn’t, I had nothing to do with it. It was a surprise, [it was] my producer Arif Mardin. I recorded the Prince song one night. When I came back the next night to work on the next song, Arif says, “I have a surprise for you.” I hate surprises, I said, “Okay.” I went into the studio and I heard this guy saying my name over and over again — what he wants to do to me. I did not like it. How am I gonna live this shit down? I said, “It’s crazy.” Oh my gosh, I was so embarrassed. He said, “Don’t worry my dear, it’ll be a hit.” I had to put it in a little box and leave it alone. I said, “I’m going to leave it alone, see what happens and keep working on my album set.” It turned out that it really made a statement. I’m proud of that, I’m happy. Art should support art.

What do you miss most about the stage?

I don’t (laughs). I love interacting with people, I love people. You gotta love people to do what I’m doing. I miss being on my tour bus. I love traveling like that, on my tour bus with my singers and my band. It was fun. I enjoy singing for people, I love doing that. I’m loving them. It’s like a healing ceremony, many things. That’s what I miss.

Any young artists you’re inspired by?

Jazmine Sullivan pretty much. She can sing her ass off and she can write. She’s major and honest. Her lyrics are freaking honest. I love her lyrics, she’s a great writer.

Ten Grammys later, what are some goals you have for yourself?

As someone with a platform, how can you continue to push the narrative?

As best I can (laughs). I have a voice, I have a brain and something to say. In that way, I’d push the narrative from my point of view. That’s all I can do. I’m very happy that one of us right now has a whole new turnover of young people. All the old folks are either dead or doing something else, no new machine going on here. I’m very happy that they‘re interested in some of the great music that came out on the label in a good way. I have a vinyl too, I’m really pleased about that. This is really a great thing, I’m really excited.

What are you most excited for in the new year?

The fact that it’s a new year. I’ll be back. I’ll be coming. Everyone wear their masks, stop coming to them parties late at night. Stay home, that’s all. 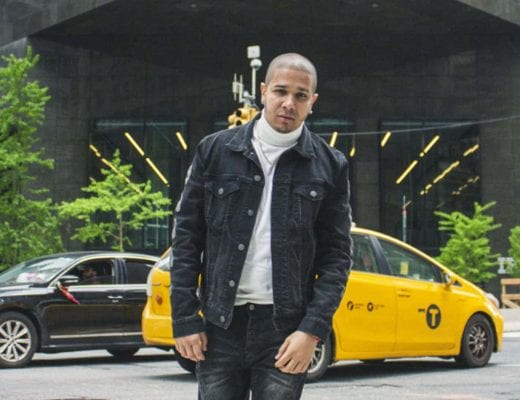 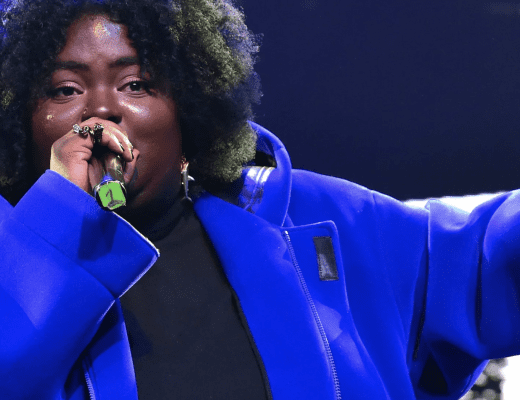 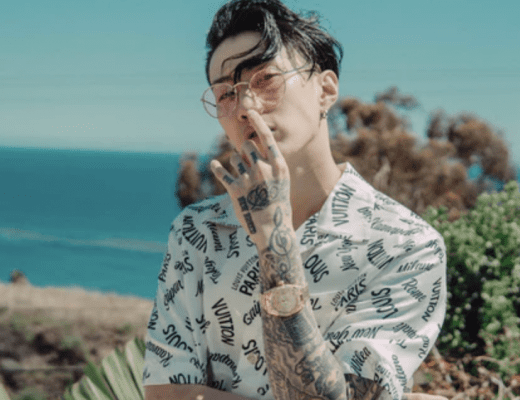