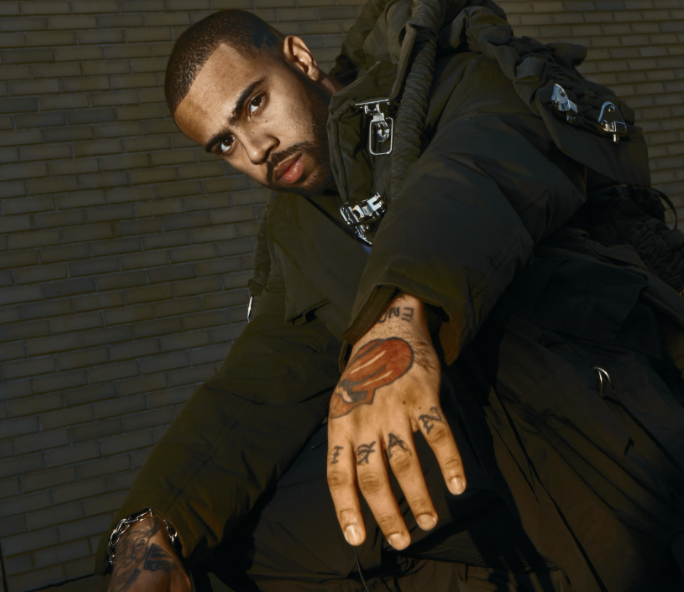 On the heels of a crazy 2020, with the COVID-19 pandemic and racial injustice, nowadays more than ever does mental health need to be part of the conversation. Insert Vic Mensa, who’s been extremely vocal about this topic specifically, in addition to doing his part in giving back to his community of Chicago.

At the end of last year, the Chicago rapper hosted a huge sleep-out in support of raising awareness for homelessness, right in front of SMSL offices located at 517 E. 47th Street. With #SleepOut Chicago-Bronzeville, the livestream welcomed donations that were processed through the SMSL accounts team who then wrote a check to Covenant House.

Most recently, Vic Mensa returned from his trip to Ghana, which he revealed he was most excited for as the new year arrived. On Tuesday, February 9th, Vic Mensa joined OkayPlayer as part of their mental health and wellness initiative called PASSAGE, discussing how people can benefit from tapping into history and ancestral wisdom, in an attempt to bring about change and break generational traumas.

Baller Alert was in attendance and Vic sat down with @amazingrach, Editor-in-Chief, VP of Content, OkayPlayer and OkayAfrica, to discuss

Speaking on his trip to Ghana, Vic begins, “I recognize that I’m extremely privileged and blessed to have the direct link to my ancestry. I be talking to my brother who’s been incarcerated for over 20 years at this point in time, and he dreams of Africa. This is one of the most intelligent brothers I’ve ever known, and I’ve only known him through a phone. He’s a Five Percenter in Chicago, he’s like ‘man God, folks don’t be knowing who they are, where they at, because they don’t know where they from God!’ [laughs] Honestly, for real. How can you be expected really, really function in your own skin if you don’t even know your bones? I’m blessed in that way.”

While this isn’t the first time Vic has visited Ghana, he reveals how his father is from the slums. He explains, “Gutters, everything’s falling down and people are oh so happy. People are living and people are loving. On many levels, I’m inspired by Ghanaians but one of the most striking things to me about being there was the overwhelming peace that exists. Coming from Chicago, New York, or America, this place is stressful!”

Comparing Ghana to the States, Vic reminds audiences that Ghana isn’t experiencing mass incarceration or sick gun violence. Speaking on his own experiences in healing, Vic reveals how writing music or writing a book is all ideas to him. “If the idea behind a song is the things that I’ve experienced mentally, how my childhood impacted my depression and how that impacted my addiction and how I’m rising regardless, it’ll be traumatizing. I never thought about it as re-traumatizing myself.”

Vic then admits in writing his song “Too Honest” on the V Tape, he was bawling. ”That’s usually how you know you’re doing something dope, when it hits you in that emotional place. From the first line, I’m crying and crying. I don’t write things down so I’m pacing around this room crying real hard. Clearly, it was traumatic to think about these feelings that have poisoned me for such long and to express them. Being able to do it makes me emotional now, being able to do it helps me to release. It’s so much shame, fear, guilt, everything that we see as bad. Things when I’m able to express myself in music, they help me grow and feel strength. To feel love and to feel loved, I start to realize ain’t no good in bad. The things I’ve imagined to be bad, the things troubled me that made me want to kill myself, I’m not seeing the whole picture. Half of that was in the dark. If I see this holistically, there’s a lesson in there. There’s a blessing in there, the music is what helps me figure it out.”

On top of suicidal thoughts and depression, Vic Mensa reveals that when he was in a 12-step program, the mantra was “one day at a time.” In 2016, he stopped doing drugs and admitted to being addicted to escapism. During that period of time, he thought drugs were necessary for him to create dope music.

He states, “I started doing all my music sober and I was making a lot of my favorite music I ever have made. I was realizing what these drugs were doing with the shit I was writing, what I was feeling, they were teleporting me to the top of a hill that I really had to get the strength to walk up myself. I could only live there a second on the drugs because I’m imagining I’ve already done the work to get up this hill. Whether it’s sitting down with the pen or meditating and doing the things that help me to feel peace or to feel joy or to feel content, whatever it is. When I cut it out, I started pushing the actual rock up the hill so I had the strength to be there. The rock has always been on me, but I’m trying to go up.”

When it comes to self-care routines, Vic talks about how meditation is really a space where he checks in with his spirit. He states, “My life is better when I do it. I did start praying in 2019, it’s always at the end of my meditation. Meditation in itself is almost a form of prayer to me. It’s connection with an intelligence or being that’s greater than myself. As the universe, I realize that I’m connected to everything.”

When asked about the biggest thing he had to unlearn, Vic reveals it’s his obsession with violence. He states, “Especially growing up in Chicago, everything holds the potential for violence and it’s always on your mind. Growing up, I and many black men, we created an identity out of violence. It gives us our sense of self, this is your worth in the eyes of your peers. How capable are you of taking it there? How willing are you? ‘Cause if you not, how you gonna feel about that? This is our evaluation of ourselves as black men, of other black men.” 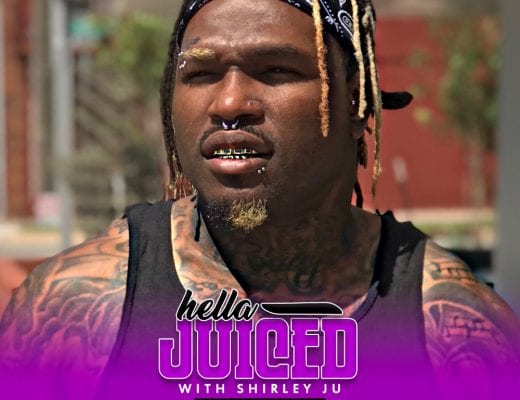 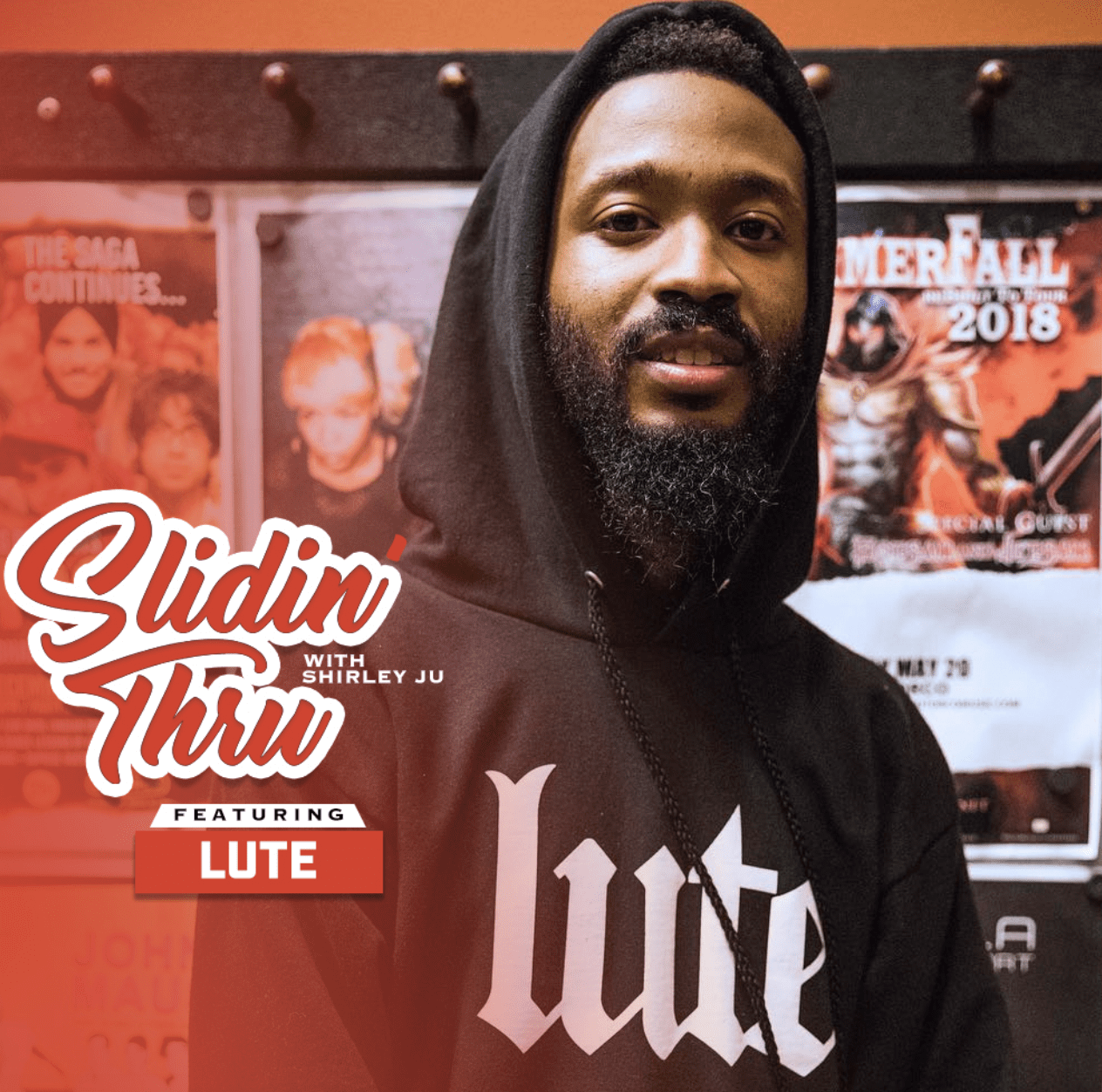 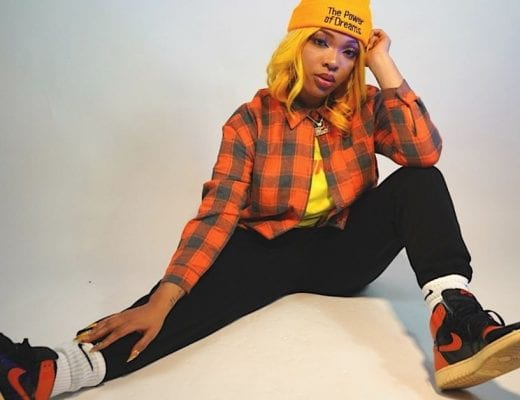