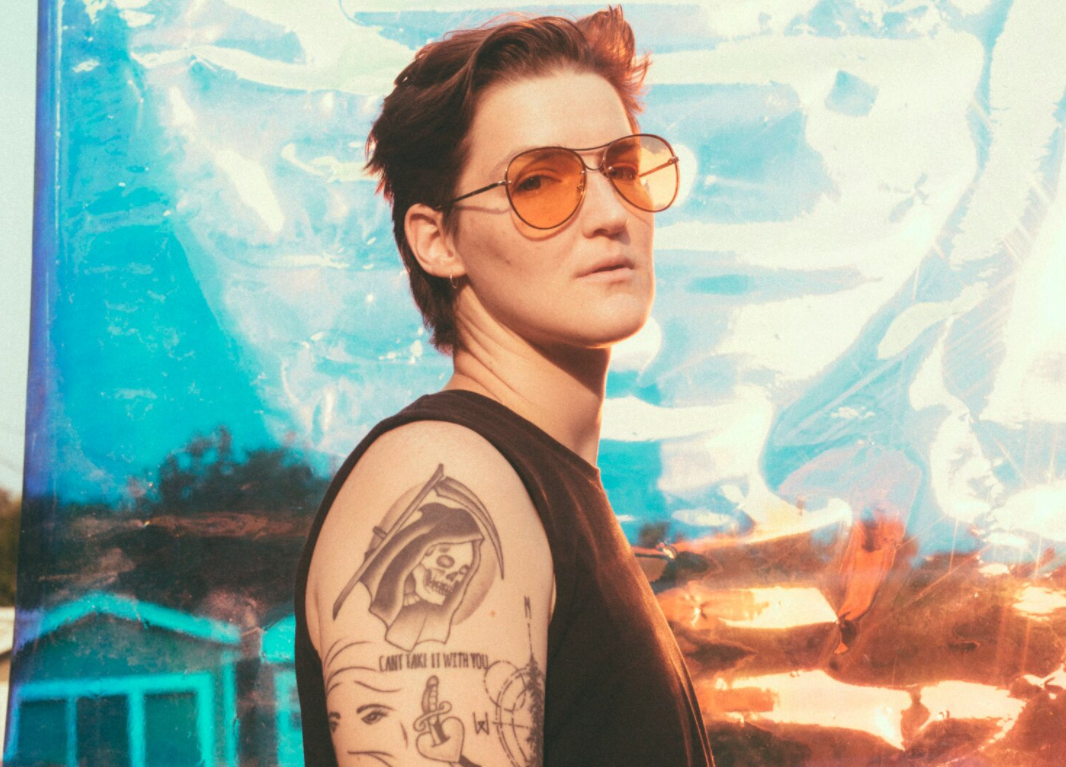 Grace Semler Baldridge is here to defy all boundaries in the music industry. The queer singer-songwriter grew up in the church surrounded by gospel and choir, leading to her own love and passion for not only singing, but the art of creating music. Born in South-Carolina but raised in Belgium, Grace always looked up to Christian artists, because those were all the bands playing throughout her household—but once she knew she was gay, everything went out the window.

She states, “It wasn’t so subtle that [Christian music] wasn’t going to be a lane for me. More recently, I’ve become more confident in myself and carved out my own lane.”

Fast forward to today, Semler Baldridge unleashes her newest project titled Preacher’s Kid, which quickly peaked to the #1 spot on the iTunes Christian Music Chart—an impressive accomplishment for any artist, let alone for Grace who was shunned by her own community in Christianity. Written and recorded entirely in her home on a USB mic, the 8-track album speaks volumes to her own journey as a queer Christian raised in the church.

Beyond music, Semler Baldridge was nominated for a GLAAD Award last year for Outstanding Digital Journalism for an episode of their documentary series titled State Of Grace. Flaunt caught up with Grace via Zoom to discuss her roots in the church, coming out to friends and family, recording Preacher’s Kid on a $40 mic, the role TikTok plays in her career, being a queer in the space, studio essentials, goals, and more! 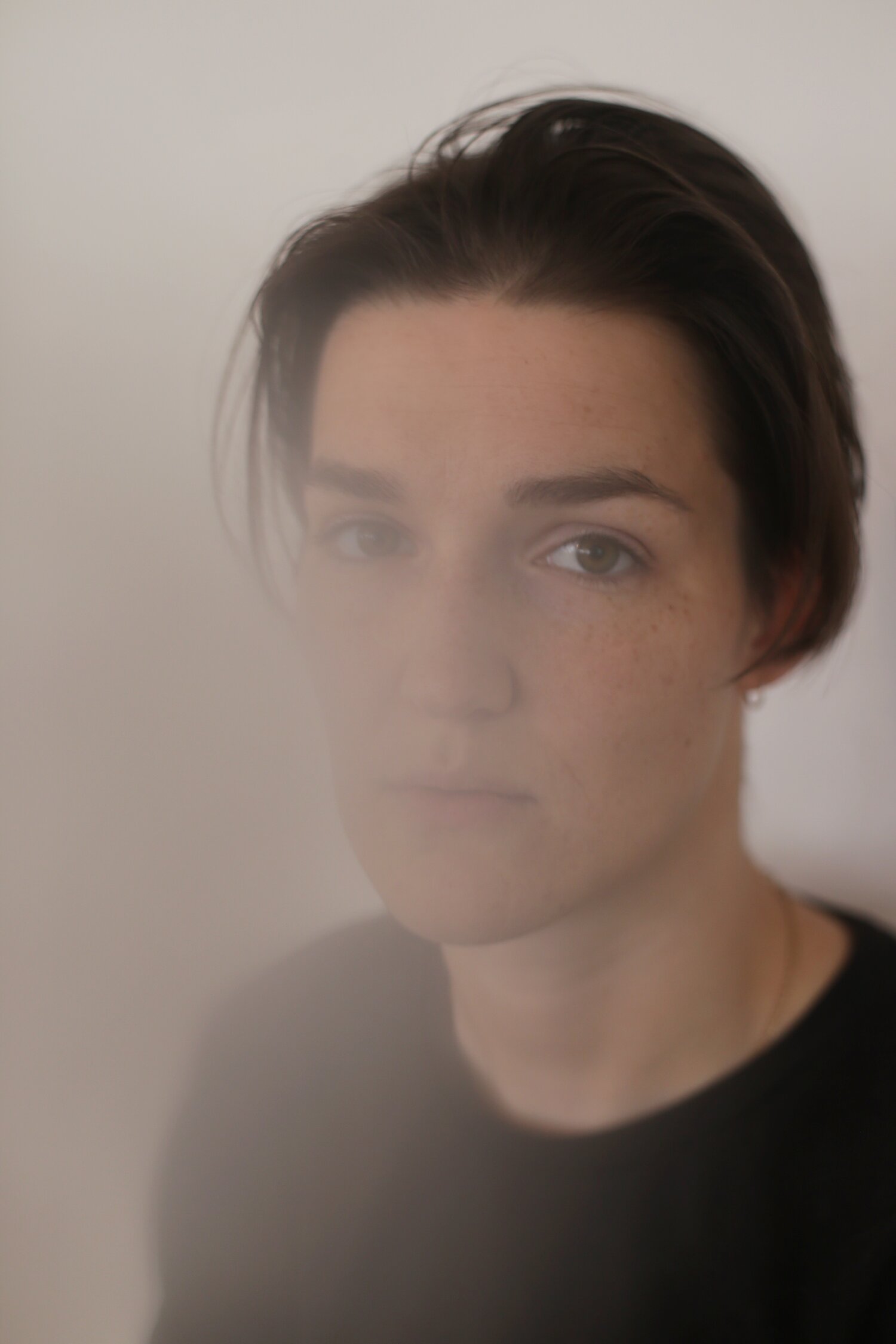 Talk about being born in South Carolina, but growing up in Belgium.

My dad was in the Navy, then he retired and became a priest. I was in South Carolina, I don’t really remember anything from then. We moved over to Belgium when I was 7 or 8, I grew up in the church, going to services and singing church music. That’s how I got interested in songwriting and even performance. Seeing my dad give a sermon every Sunday, you get an eye for it.

Being a queer artist, when did you come out?

How was music a coping mechanism throughout that experience?

It was the singular, most important thing in my life that made me feel less alone. Even songs from artists that weren’t gay or queer themselves, hearing a musical expression that resonates with you makes you feel like “okay if someone else has felt this, then I can get through this too.” That’s all I want to do as an artist now.

How was recording Preacher’s Kid on a USB mic at home?

It’s this very mic that I’m using, $40 on Amazon. [laughs] It’s pretty shitty honestly but hey, it did what it had to do. It was a good little soldier. We’re all trapped inside in 2020, I started unpacking some memories and thoughts I never had the time and energy to sit with. That’s how I started writing Preacher’s Kid, about religious trauma and working through some things. I didn’t want to wait to get into a studio, I wanted to get it all out of my system. I didn’t think that many people would hear it and I recorded it on my USB mic. I promoted it on TikTok and hoped for the best.

How does it feel to make it to iTunes #1 Christian chart?

It’s pretty surreal. My wife’s the one that told me. She woke up and checked her phone, she said “babe you’re #1.” No way, that’s crazy! It’s been so surreal. It’s wonderful and very strange, totally totally unexpected. I just wanted to share my story. I’m an independent artist so I didn’t have to go through the label to enter into a genre. This is a Christian story, I was raised in a Christian household so I wanted to do it. I’ve been blown away.

As someone who was shunned by their own community in church, how does it feel to be in this lane you’re in now?

It feels validating. Really encouraging because for many of us, we’re told if we lived as ourselves, then we wouldn’t find any sense of community or stability. No one would understand us and we’d be so lonely. With the success of Preacher’s Kid, it’s validating that that’s never true. I’m happy, I have friends. I have a really wonderful life that I’m proud of, that was all a lie. This fear mongering thing that never came true.

What songs mean the most to you on the project and why?

“Jesus From Texas” is the first one I wrote for the project, it’s really specific. If you want to get to know me as an artist, I lay it all out in there. “Jesus From Texas” and “Bethlehem” are the 2 songs I’m really proud of, pretty honest and raw. If you’re interested in my thesis as an artist, that’s what I would recommend listening to.

What role did TikTok play in your career as well?

The whole thing. [laughs] TikTok’s a really incredible platform for creatives, finding people who are interested in your work. It’s a Wild West, but it’s really really exciting. I found I was able to share my story and my music in 60 seconds or less. Through the mystery of the algorithm, it found people that really showed up for me. The conversion rate from people watching a TikTok, then saving my music was huge. I don’t know other apps doing it like that, TikTok’s a total game changer. I’m not sponsored by TikTok! You can’t undersell it, it’s so important.

How religious are you?

I pray every night honestly, my faith is super important to me. I have worked at it a little bit differently than a lot of people who have never had to question their religion.

What does it mean to be a queer artist in the space, making music?

It’s all so new, I’ve been trying to figure it out. I don’t like that Christians have become synonymous with perfect people, the class pet or whatever. When you think of a good Christian girl, you think of these very goody two-shoes type people. That’s not who I am at all, or something I aspire to be. I’m trying to carve out my own lane, to offer invitation to anyone else who’s  taken a roundabout direction through faith to share your story. Don’t let an industry or genre of music cast you out. You’re worthy, you deserve to be there and you deserve to be heard. We’ll see, I’ve never done this before. [laughs]

I’m not really that picky. Energy drinks are huge. My phone. A yo-yo honestly. I have a lot of nervous energy and yo-yos are really helpful when I’m bouncing ideas around to get my thoughts out. Something to do while you’re thinking, you know?

Can you do all the tricks?

No, [laughs] the only thing I can do is walk the dog. You let it spin, then you flip it back up. I never got too into tricks that much, but I can go pretty fast. Not to brag.

I saw you enjoy skateboarding as well?

I picked it up during the quarantine. I’m super bad. I’m really awful, but I like doing it.

What is your most meaningful tattoo?

What goals do you have for yourself as an artist?

I really want to go on tour as soon as soon as it’s safe. I wanna record a full-length record that’s not on my USB mic, in a proper studio. Honestly I’d love to win a Grammy in the Christian category. I want to write a record that’s deserving and worthy of that.

I love experimenting with fashion as I’ve gotten more comfortable. I’m a more masculine, eccentric person so I like to play with more feminine things like pearl necklaces and jewelry, that I traditionally I hated because they were assigned to me at birth. I like messing with things like that. I love Western style. I’m wearing these cowboy boots right now, they’re pretty badass. Have you ever seen the movie Desert Hearts? It’s this old 1980’s lesbian roster movie in a sleepy casino town. My dream fashion sense is in that movie.

Anything fans may not know about you?

I’ve been cutting my own hair, that part they can probably tell. [laughs] I can play the harmonica. I cry at movies and television all the time, like once a day.

One thing you want fans to take away from Preacher’s Kid?

That if you have a story to tell, there are people out there who are interested to hear it. And not be persuaded by gatekeepers of the industry, meaning go for it! 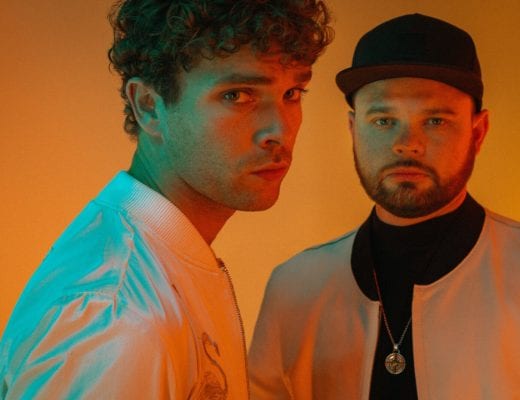 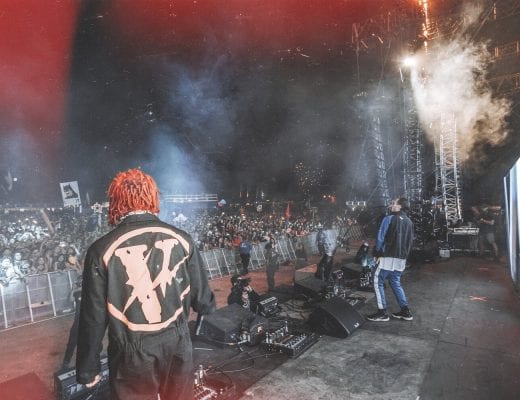