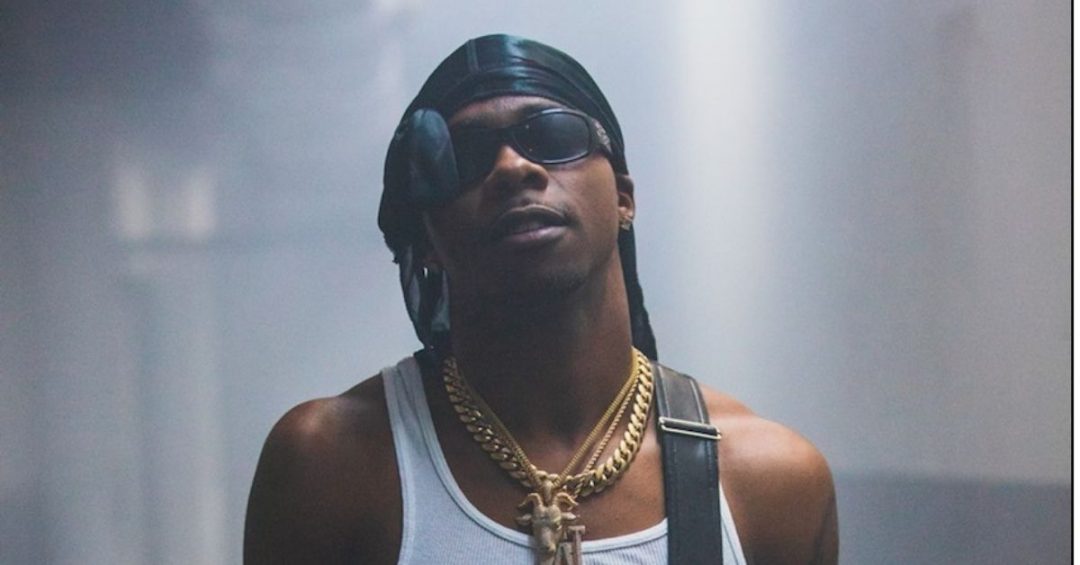 LaTheGoat is exactly what his name embodies: the GOAT. Hailing from Tampa, Florida, the rising star just inked his new deal with Def Jam through the legendary Jermaine Dupri and his joint venture So So Records… and it’s only up from here.

After exploding onto the scene with his two projects, Goat Mode and Goat Mode Deluxe, it was the standout single “8 Bands” that left listeners in a frenzy.

Released at the end of last year, “8 Bands” was recently revived after Rick Ross and Jermaine Dupri hopped on the remix. The original visual sees LAtheGoat on FaceTime with JD, chronicling early conversations before the signing.

After taking off locally in his city of Tampa Bay, LA was the only artist still getting booked for shows throughout the pandemic. During the quarantine, the East Coast spitter was inspired to start his own Instagram Live show called Goat Lounge, which upped the streaming numbers even further.

AllHipHop caught up with LATheGoat at Record Plant Recording Studio in North Hollywood, while he has been locked in the lab creating.

AllHipHop: What was the household like growing up in Tampa?

LaTheGoat: I got a lot of sisters. I got 6 sisters and a little brother, I’m the oldest. Life, it’s regular s###. I gotta be the big brother, I gotta sacrifice.

LaTheGoat: I always liked music, but I started rapping 4 or 5 years ago. I’ve always been a big music fan. I used to rap on my own, but never to people.

AllHipHop: Who were you listening to that made you fall in love with hip-hop?

LaTheGoat: Rick Ross and J. Cole, out of them two.

AllHipHop: When did you start spending money to make music?

LaTheGoat: Probably 3 or 4 years ago. I had a few people trying to help, but it doesn’t ever last because they don’t see the bigger picture.

AllHipHop: What were you doing before the music?

AllHipHop: What‘d you get fired for?

LaTheGoat: I was always late, and I don’t really do good with people telling me what to do. I don’t want to come, don’t want to listen, because it’s a job. Nobody wants to go to work.

LaTheGoat: That’s my real name. Lader Andrews is my initials, so that’s LA. The Goat is ‘cause I feel like I’m the best at what I do. That’s my opinion on myself. I got what it takes.

AllHipHop: What sets you apart from the other rappers?

LaTheGoat: I don’t got no one style. I’m versatile. I can make melodic songs, lyrical songs, catchy songs, whatever I’m feeling at the moment.

AllHipHop: What did “8 Bands” do for your career?

LaTheGoat: It showed people that I ain’t f###### around, I’m here. He can make music as well. It wasn’t overnight, it was overnight to some people. It was out for a year, then the remix came out with Rick Ross.

AllHipHop: Oh Okay. Talk about it blowing up after a year, that says a lot too.

LaTheGoat: It blew up, but it didn’t really blow up. It just got me signed.

LaTheGoat: Yeah, it is in a sense. Because I don’t really get excited until you start making them millions of dollars.

AllHipHop: Talk about getting signed. To Jermaine or to Def Jam?

LaTheGoat: To both, we got a partnership deal with Def Jam and So So Def. It’s exciting. It’s cool to work with legends, but it’ll be all the way when I started making all that crazy money. That’s when I’ll be excited for real, for real.

AllHipHop: How did JD find you?

LaTheGoat: It was through Instagram. I was rapping on “Money Ain’t A Thing,” his song with Jay Z. I had my followers tag him. He got enough tags where he came and he started double tapping. He found “8 Bands,” then we started DMing. That’s when we got the situation going.

LaTheGoat: Yup. I was signed a month later. It’s exciting, but now it’s time for the real work. I ain’t really too excited. I’m young, I’m tryna get to work to where I could start being hyped.

LaTheGoat: Yeah, but you still got to work even when someone co-signs you. It’s dope, because he’s been around for a long time and he knows a lot. So I be getting game.

AllHipHop: Best piece of advice he told you?

AllHipHop: What’s the energy in the studio with him? I know he’s supposed to pull up today.

LaTheGoat: It be a vibe. Definitely a vibe because he likes good music and I like good music, it goes hand in hand. I’m no excited type of dude, let’s just do it. Let’s work, let’s get it done. After we get all the accolades, then okay, now we could be excited. If we working, we put out music and it doesn’t do nothing, I’m just an artist who work with Jermaine Dupri.

AllHipHop: Can you define good music?

LaTheGoat: It’s whatever makes you think and listen, take you to a place.

AllHipHop: You just released a music video for “For Me.” Bring us back to that recording session.

LaTheGoat: It’s how all the sessions be, just a vibe. Smoking weed, eating, talking about regular life s### and we started recording. We recorded In Tampa, at Grand Bay Studio.

AllHipHop: Were you in Memphis doing scams?

LaTheGoat: It was shot at this little club called D’Luxe in Tampa. We’re vibing with everybody. Everybody was vibing in the video, no BS. No drama or nothing.

AllHipHop: What does music mean to you?

LaTheGoat: It just makes me vibe. Good music makes you chill, so I be chillin’.

AllHipHop: Talk about getting Rick Ross on the “8 Bands” remix, and JD’s on it too.

LaTheGoat: Yeah I was excited for that for the moment. I ain’t gonna lie, when I first heard it, yeah that’s hard! But it’s time for the real world. We gotta put it up, we gotta make sure it is streaming.

AllHipHop: How did the collab come about?

AllHipHop: What was your reaction when you heard his verse?

LaTheGoat: I was excited because he did his thing. It wasn’t no weak verse, I was hyped. But again, it’s time to work. It’s time to put it out and shoot a video and all that.

AllHipHop: What are you striving to achieve?

LaTheGoat: To make as much money as I can being an artist because that’s what it’s all about at the end of the day. It’s about the passion too, but passion don’t pay no bills. There’s a lot of people I want to help. ‘Cause everyone’s alright, but I want to make sure they’re super alright.

LaTheGoat: I’d probably be an online video game player or something. I like to play games: Call of Duty, 2K, Madden. I’m not really a Fortnite fan.

AllHipHop: You good at the game?

LaTheGoat: Yeah, I play a lot.

AllHipHop: Any goals at this point of your career?

LaTheGoat: To make a million dollars. We definitely on track, I’m trying to keep it going. Once you first get it, it’s cool but you can’t get lazy.

AllHipHop: Is there something fans may not know about you?

LaTheGoat: I’m flat-footed. [laughs] My feet are wide. They’re flat, there’s no arch in my feet. My feet hurt sometimes in shoes.

LaTheGoat: I like DaBaby, Lil Baby, Kodak, Pooh Shiesty, and Young Thug. I like Kodak because he makes vibing music. It’s good vibes. It is not to punch line-y, none of that, he just vibes.

LaTheGoat: We’re trying to decide which single we gonna put out now. It’s between 4 or 5. Hopefully soon, we have it narrowed down. 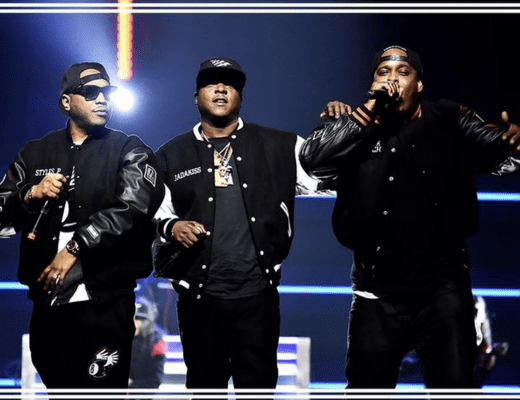 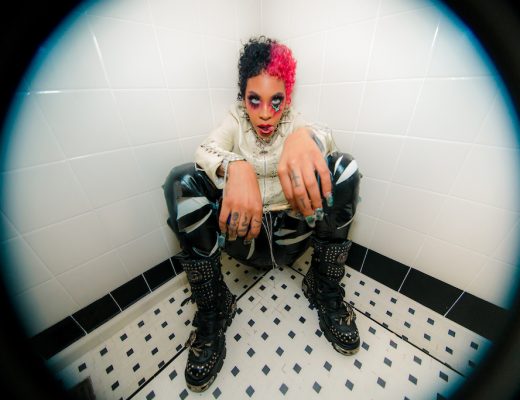 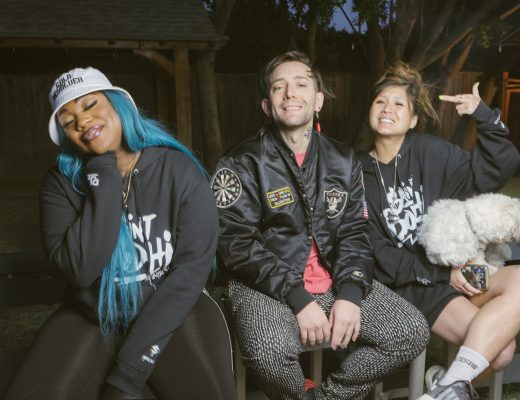