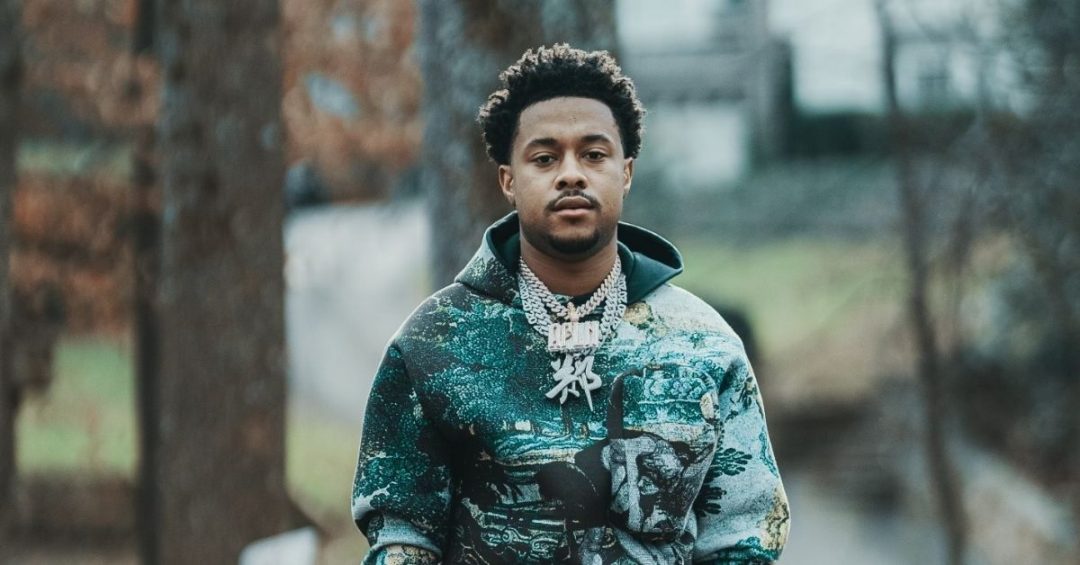 Insert Tay B, who’s ready to make his mark in the rap game once and for all. When it comes to his work ethic, his grind, and his music, the rising star gives hope to all aspiring artists around the world that if he can do it, they can do.

Before signing his current deal with Columbia Records, Tay raked in over 5 million combined streams and 20 million views on Youtube independently.

The rising star decided music would be his end-be-all after seeing his own father locked up for 9 years of his life, someone who had a huge influence on his music dreams and aspirations. Tay fondly remembers a life-changing invitation to the studio by his dad, which resulted in him freestyling over Lil Wayne and Birdman’s “Stuntin’ Like My Daddy.” At age 12, he found himself in the studio and from that moment on, the rest was history.

Inspired by the likes of Big Sean, Drake, J. Cole, and Jay Z, Tay spits nothing but the real, telling his truth and his story through each release. Most recently, he released the official music video for “Stashbox” featuring LIl Durk, following his prior releases “Voila,” “Questions,” and “That Type of Time.”

Read below as we discuss his roots in Detroit, his dad’s influence on his music, establishing his name independently, the success of “Back To Back,” signing to Columbia Records, collaborating with Lil Durk on “STASHBOX,” shooting the visual, a forthcoming song with A Boogie Wit Da Hoodie, fatherhood, goals, and more!

AllHipHop: How was it recording your first song at age 12?

Tay B: It was cool. I was so young but it was fun. I rapped off the Lil Wayne “Stuntin’ Like My Daddy” beat. I recorded it all by myself, I did it in one take. I knew from there on: “man I kinda like this.”

AllHipHop: Being from Detroit, what was the household like growing up?

AllHipHop: How did your dad influence you doing music?

Tay B: He always played music. He played rap, but he played a lot of old school music too. If I’m riding by myself, that’s what I listen to. He called me one day like, “you want to go to the studio?” I’m like “yeah.” I went to the studio, wrote a verse, put it on the internet. I had it on Myspace, that’s what it was. I used to put my music on Myspace back then.

AllHipHop: How much of a role did Myspace play in your career?

Tay B: That was the only thing at the time to put some music on [laughs], so it was cool. I was so young, then it was sweet to people my age. I got real music. People at school… one time, we stopped class to listen to my music. It was crazy.

AllHipHop: Did you think you’d be here today? Signed and all that?

Tay B: Yeah, I mean this was the goal. You never know if it’ll happen, but it’s always the goal. So I’ll always felt music was it, so you gotta keep going. That’s how I am. I keep the thought of me being there, then I gotta get to it.

AllHipHop: How did you get such high numbers as an independent artist? It’s pretty impressive.

Tay B: I really don’t know. Honestly me, I had won the girls over first. Once you win the girls, you really won. It’s nothing. The dudes, they gon’ have to accept it. That’s really how it went for me. I was putting stuff out, but it was only getting a couple hundred thousand views. When I put out this one song called “Back to Back,” it got 700K in a month, then it got a million the second month. It was going up from there, that was my first million.

AllHipHop: How did that happen though? You just put it out?

Tay B: I just put it out, yeah. It hit so hard, the song had hit so hard. It was a summer anthem, all on the radio. Playing on the radio every day, it was crazy. In my city, I always had a name for being me at the same time. They know I do music, but I went to 5 high schools so a lot of people already know me. A lot of people know me throughout the city, then it spread out to different states after that. When they see numbers in different states, different people pick it up.

AllHipHop: “Back to Back” was in 2017, what was Tay like then compared to now?

Tay B: I’m not different, but definitely a lot changed. I’m the same me, the material things and the mindset elevated. That’s basically really it, I’m still Tay. You grow up, you learn. You go through stuff, that all plays a part in becoming the man I am today. It’s going to be different 5 years later.

AllHipHop: How was it shooting the visual for “Can’t Make This Up”?

Tay B: I shot that in Atlanta. Me and my videographer Jerry, we’ll listen to some music and say “let’s shoot it.” It don’t really be too much to it. He’ll say “what’s a hard song?” Let’s shoot and put it out.” That’s how it goes. “Can’t Make This Up” was a remake from an old school group from Detroit called Rock Bottom. I re-did that, that’s why a lot of people in Detroit love it, especially older people. They love it ’cause it gives them a little feeling from back then, the early 2000’s.

AllHipHop: How’d you get your name Tay B?

Tay B: No, my real name is Demontay. I got Tay B because when I was younger, you know you’re thinking of a rap name. In school, they really gave me that name. I was going to name myself Young Boss back then, now I’m like “man, I don’t really like that.” I don’t want nothing to do with Young. I can make it Tay Boss, nah I’ll make it Tay B. I’ll make the B stand for whatever I want it to stand for. Tay Boss, anything. That’s how I did it though. I really got the name from Facebook ’cause that’s how my name was on Facebook. It was Tay Boss, I thought I’ma make it Tay B. Make it simple. I got that name from middle school though.

AllHipHop: “STASHBOX” with Lil Durk out now. What’re you most excited for?

Tay B: It’s exciting for sure. I’m really ready for the people to hear it. They’ve been on me about it ’cause I’ve been teasing them with it. They ready to hear it, ain’t gon’ lie. I’m ready to see the reactiosn.

AllHipHop: How did that collab come about? What does it mean to you?

Tay B: It means a lot, I definitely grew up listening to Durk. To do songs with him and be cool with him, it’s real big. It’s different coming from where I come from. Really, don’t too many people from the hood get a chance to do the stuff I’m doing. It’s real, it’s big, I ain’t gon’ lie. Collabing with Durk and people like that, he’s from the same type of place I’m from but in Chicago. Same type of life, that’s why I really liked that. I like that this is one of my first big collabs. Me becoming a bigger artist, I really like that I collabed with him first before I collabed with a lot of people.

AllHipHop: Was that in the studio? Was that sent?

Tay B: We was in the studio together. We locked in the studio in the A. We whipped it up from there. I linked with Durk through my pops, my pops had linked up with him through another friend. My camera man, he’d been shooting Durk’s videos for years on years. That’s the only person that shoots my videos. It was gonna happen, it had to happen.

AllHipHop: What was your vision with the visual?

Tay B: The visual crazy. The visual got a little dialogue in there. Not even a mini-movie, just some little acting in there. Acting with us in the video, with another guy in the video acting out as the cop. That s###’s fire. A stashbox is basically in the hood, when you riding around with stuff you ain’t supposed to be riding around with, your car got a stashbox in it. It came out from there.

AllHipHop: Highlight from shooting the video?

Tay B: Damn near the whole thing to me. I ain’t gon’ lie, I love the whole video. This is my first video as a signed artist, it’s only going to get better and better. It’s really the beginning for people to open their eyes a little more, they gon’ see.

AllHipHop: How did you find your way to Columbia?

Tay B: Bird Vision Entertainment, Roddy Rich signed with them. I know him through my uncle, then my uncle hooked me up with an A&R at Columbia and that was that. We had a listening session, they called me back like “hey, we want to sign you.” The rest is history.

Tay B: It felt good. It felt real good ’cause it was unexpected. Columbia to me, it’s a label that doesn’t sign anybody. You know it be labels that’ll sign people just to sign, Columbia don’t really sign anybody. That’s really why I fit there. I look at it like a little secret society, there ain’t too many people on there.

Tay B: Me, myself and I. I don’t like nobody in the studio with me. If I don’t record myself, it’s me, the mic right there, and the engineer. When people come to the studio with me, I don’t really get no work done. I get a 5-hour block, I might do one song. But if I get a 5-hour block by myself, I do 5 to 6 songs. I don’t really like people in there. I don’t want nobody’s opinion or nothing. I like doing me, that’s it.

AllHipHop: You got a record with A Boogie coming?

Tay B: Crazy. It’s fire, I ain’t gon’ lie. That’s really one of the ones. How I caught the girl’s attention first, I had to do that for the girls, for the ladies for that one. That’ll be crazy. We should be looking to release the song with me and Boogie in the next 2 months for sure.

Tay B: I’m really focused on selling records, becoming a bigger artist. I’m trying to see some plaques around my house. That’s really my main focus, I’m working hard for that. I don’t really care about nothing else. When I sell records, I make myself proud, my family proud. I won.

AllHipHop: How’s fatherhood? Your son’s only two, does he know Daddy’s this rapper?

Tay B: I love it, he’s a little mini-me. He likes everything I used to like when I was younger. I love it. He’s spoiled, super spoiled. I think he knows: “my daddy give me whatever.” I think he be knowing that, he too spoiled.

Tay B: Be looking out for more music. “STASHBOX” out now! After that, be ready for me to go all the way in. Nothing much to it, just straight all music. No play, all work. 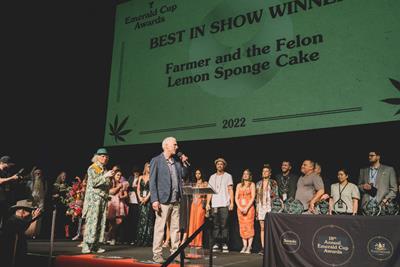