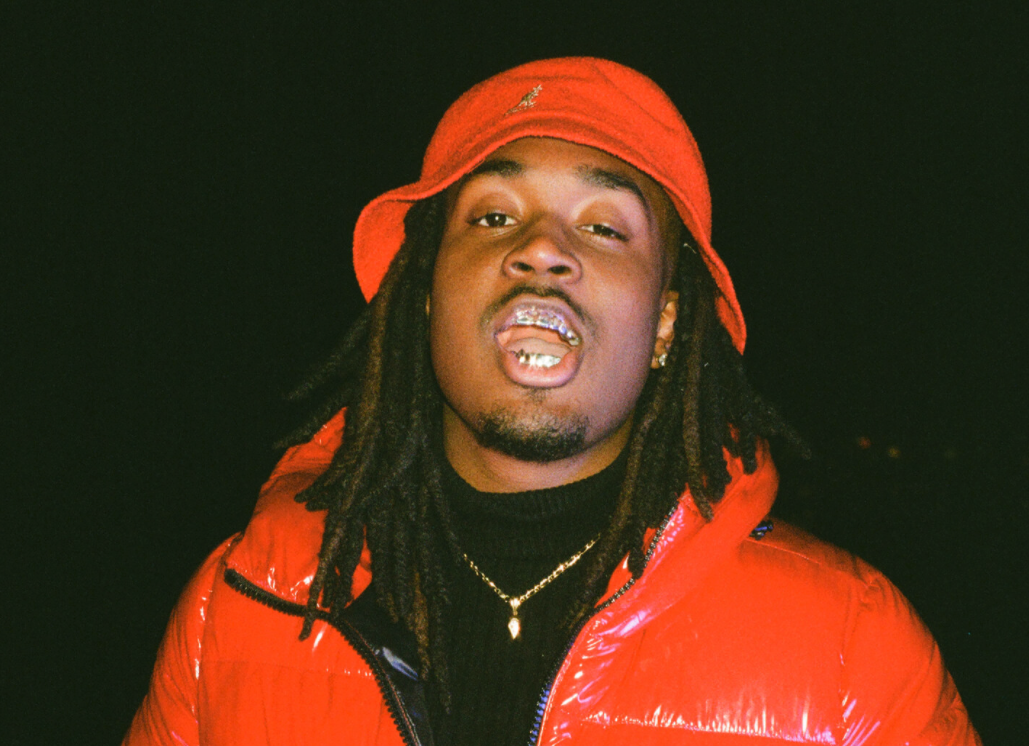 It seems like every other day there’s a new emerging artist on the scene, but Cochise is here to stand out from the rest. With his own unique personality and individuality, the Palm Bay, Florida native is here to inspire the masses with his infectious energy that pours into his music.

He states, “I’m a fun person if you want me to be honest, somebody that’s genuinely themself. Not a facade, basically the type of person to be yourself.”

The 22-year-old’s family hails from Jamaica, which makes sense given his biggest influences are Busta Rhymes and Bob Marley. With his sound, he creates his own fusion of dancehall and hip-hop, blending them with vibrant lyrics referencing anime, sports, movies, and pop culture as a whole. His delivery is raw, his versatility is apparent, and his vocals are hypnotizing.

Putting in the work independently, Cochise exploded onto the scene in 2019 with 2 smash hits: “Hatchback” and “Red Head.” Now, he celebrates a new deal signing to Columbia Records, ready to take his career to new heights. This year alone, he released “Bratz (Remix)” featuring Kevin Taylor and “Usopp,” which was paired with a trippy visual showcasing him bringing the record to life in true Cochise form.

Flaunt caught up with Cochise via Zoom to discuss his formative years playing soccer, roots in reggae, his sound, the turning point in music, blowing up on TikTok, his name deriving from The Warriors, the video for “Usopp,” signing to Columbia, favorite anime, working with Puma, goals, and more! 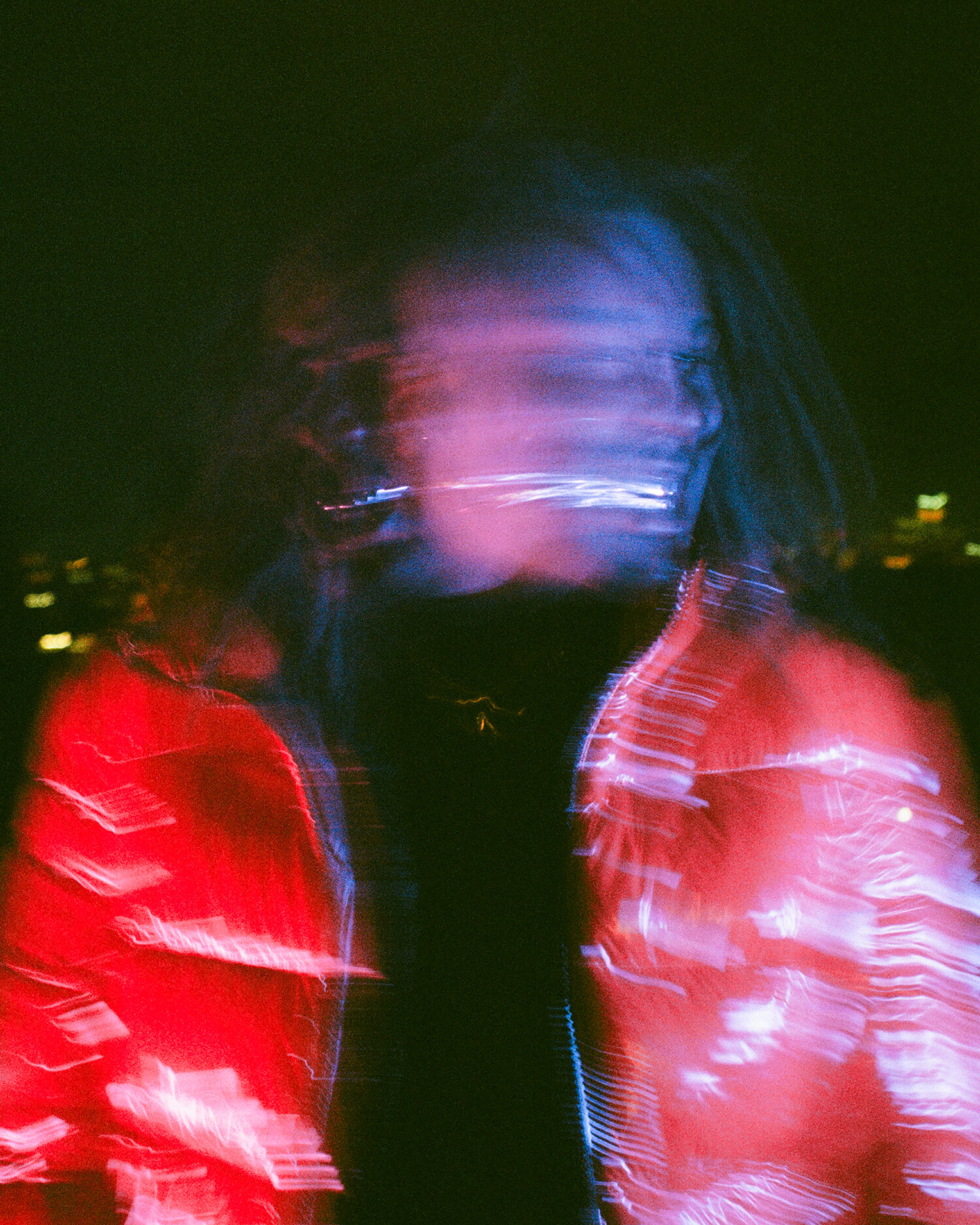 What was it like growing up in Palm Bay, Florida?

Honestly I played soccer all my life, so I did it to play soccer. Everything I did, I played soccer. I really wasn’t doing a lot of other stuff, I was just playing soccer. The area was regular, wasn’t crazy. It wasn’t wild. You had your stuff here and there but it wasn’t rowdy, not like no hood.

I’ve always been around music. I’ve been playing the drums for the church choir since I was mad young. I still play, but it’s really not into music. I grew up off all the reggae music, all that stuff. I didn’t really get into rap music until I got a little older. I was listening to straight, pure reggae because that’s where my peoples are from, so it’s all that.

Talk about blending dancehall, hip-hop, and trap into your own little fusion.

That’s what I really did, that’s how I got everything altogether. I try to put dancehall more into my music. I tell everybody, rap was founded by a Jamaica person, DJ Kool Herc was one of the pioneers. He even said it a couple months ago, he said “it’s a shame, Jamaicans need to show more love to the rap industry and put their culture back into it.” They’re not putting their culture back into it, we’re trying to copy everybody else. It’s time to be a little different.

If you want me to be honest with you, I didn’t really think I was going to do it for a living. Definitely not. [laughs] When I was in college it was cool, but I was trying to be a teacher in Japan. I thought “well this is really cool and God is good, so I’ma keep doing it.” I believed in it, but I didn’t really look at it for a living. I wanted to invest. I don’t really want to live off of it, I want to be living off of investments more.

Talk about “Hatchback” and “Red Head” going viral, did you anticipate that happening?

By the grace of God, I give God all the praise because honestly there were a good amount of times that I could’ve got some stuff up. There was a song or 2 that I had viral before, but the thing was my mindset wasn’t mature enough. I would’ve been cancelled. If you want me to be honest, I would’ve been got cancelled because I had no filter. I don’t have no filter now, but I got a filter on my filter. God waited for me to grow up a little bit to give me some type of leverage/ I don’t feel like I’m somebody yet, but I’m trying to get somewhere. That’s what “Hatchback” and “Red Head” taught me: “yeah you’re getting somewhere, but you’re not there yet.” That’s really what I’m trying to get on now.

How did it feel having Chris D’Elia and Charlie D’Amelio make videos to it?

To be honest, I didn’t really know who they were before. I can’t lie to you, I’m not really old but now I’m starting to get into the TikTok thing. It wasn’t for me so I didn’t use the app. I didn’t know any of these people until my girlfriend’s little sister said “oh, Charli did something!” Yo, who’s Charli? I looked like “oh, she got clout. Wow yeah Charlie, I like that! Let me get another one.” It was pretty cool though, I’m grateful they even did something to it. It got us some buzz. A lot of people at first give some hate to TikTok, but I really appreciate TikTok a lot. It definitely helped at least 3 to 4 songs off rip I can tell you about that I had millions of views on, by the grace of God.

Talk about your name being from The Warriors. What did you like about that movie?

How did you know that?! Most definitely, I got it from The Warriors. One of the best movies I could recommend to someone, if you want me to be 100% honest. That’s one of the best movies to me. One of the best video games I’ve played, it rubbed off on me pretty good. I really like the name, I didn’t know there was a Native American meaning to that name. I probably wouldn’t have had it because I didn’t want to disrespect big bro, but it is what it is. You know the vibes, we share the name now.

Who or what inspired “Usopp”?

I’m not going to lie, the beat was really hard. I heard it and said “yeah, I think I want to get on this.” I got on it and did a track.

Talk about the trippy visual that you paired with it.

That’s my Chivalry, he does all the visuals. I knew Chivalry for a long time, since middle school. Every time we have videos, we sit down for hours up till 4 o’clock in the morning. Sitting down planning what we want to do for the video, what we want to do for this. We wanted to try a run and gun, it did pretty good for a run and gun. It’s not the craziest video we’ve done, but effects-wise he did his thing. I did my thing, but I could’ve done my thing. He did his thing. Next videos we do, now I’ma do my thing too.

Be yourself. You don’t gotta be nobody else you don’t want to be. A lot of these kids listen to some of this music and they try to live these rapper dreams. Be trying to rent these cars bruh, you don’t have to. You can be yourself. When you’re yourself, that’s when you have more fun. If you’re trying to be somebody else, you’re wasting your time and your life. Life is valuable, there’s so much time. You can’t get time back.

How did you find your way to Columbia Records?

I’ma be honest, my manager is really big with them. Shout out to Solomon, that’s the dude. Seriously, he was really leading me to them. I don’t like labels, but everybody here is almost family. How they talk to me, how they keep it real, ‘cause I’m a really honest person and I like when people are honest with me. Shirley, if I showed you a track and it was trash, you told me it was trash, I’d appreciate you telling me that it’s trash and then I’ll fix it. You’re not my friend if you’re going to make me put out trash music, you’re an enemy. That’s an over exaggeration calling you an enemy but you know what I mean.

If you want me to be honest, I record at home because I like to save money. Necessarily I need a mic, I need a pop filter, and I need an audio interface. That’s it because you don’t need to spend too much money to be in a studio.

What are your favorite animes? I know that’s a huge part of your artistry.

How was it working with Puma?

Wow, that was a great one. Being a Caribbean child, I was born into Puma. I wore Puma at least once a year. When I couldn’t even pick out my drip, my people were pulling out the drip and they’re getting me hip to the Puma. I was always hip to the Puma so it felt like a national treasure. I’ve seen Usain Bolt with Puma, Afasa Powell, all these Jamaican runners, I’m like “yeah, I need that”. I never thought I’d actually get it, but God is a wonderful person. I’m a heavily believer in God, He’s pulled through multiple times and He pulled through with this Puma stuff. To even get some shoes from them, yeah I’m wearing these. When it’s sunny, when it’s raining, when it’s snowing, you know the vibes. Make sure you buy some Pumas.

Why is this your best project ever?

Because I don’t BS, I really take my time with projects. This is 2 years of work,2 years of work can’t be trash. I’m putting that all into it with the hope I can get double the support, the love. I believe it’s there, I know it’s there.

How long did it take you to figure that out?

I already knew stuff like that. We had Bob Marley. I listened to Bob Marley and all that, you know the vibes on that.

If you don’t listen to “Sanji” you’re not my friend anymore and I like orange juice, that’s pretty much it.

What kind of orange juice?

Any kind. Pulp, no pulp, extra pulp, Tropicana, all that. 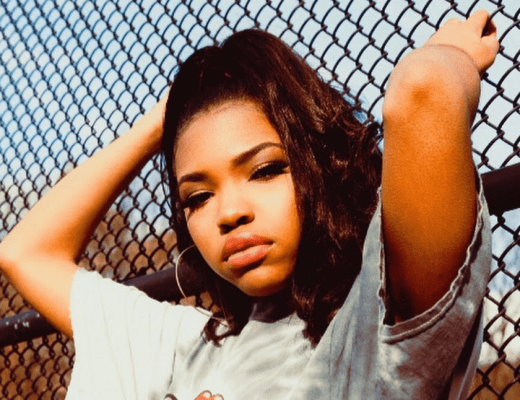 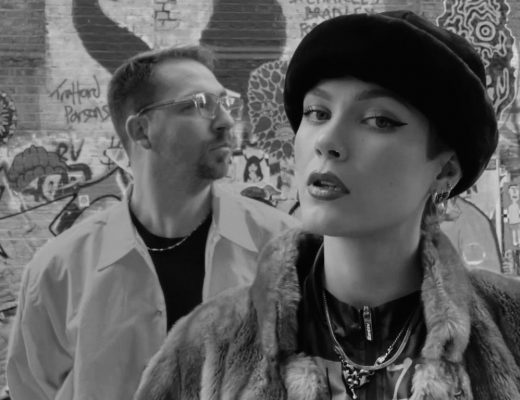